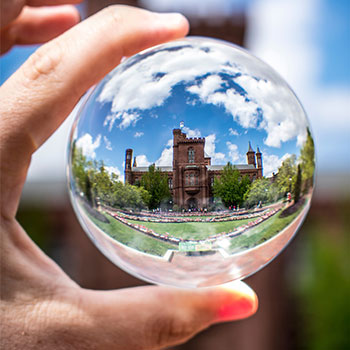 Are you intimidated by the idea of using the method of loci?

Do you feel a thousand miles away from the Sherlock Holmes levels of memory you want to possess.

First off, people often scratch their heads at the term. And no wonder. It’s ancient and many people have to spend precious time wondering how to even pronounce “loci”.

After all, the word “palace” brings to mind an elaborate dwelling.

It doesn’t have to be that way.

What Is The Method of Loci?

Loci is the plural of locus, meaning a place or locality. Thus, the method of loci is a strategy for stringing together a number of places along a journey used to help us recall information.

It is synonymous with phrases like “Journey Method,” “Memory Palace” or “Mind Palace.”

The terms “loci method”  or “method of loci” mean at their core that we’re turning space itself into a mnemonic device. I think of this memory tool as a “location-based mnemonic.”

No one knows exactly where the term comes from, but memory expert Frances Yates shows us a lot about how the Greek tradition of memory entered into the medieval world through Rome in her book The Art of Memory.

The Greeks attribute the technique to Simonides of Ceos, but as Lynne Kelly has shown in The Memory Code, it’s actually much older. In fact, Aboriginals and other cultures around the world have been using the sky and landscapes to help them remember information since prehistorical times.

It was probably the Romans who influenced the development of the term Roman Room, which is yet another variation of this term.

Whatever you choose to call it, “method of loci” is here to stay. And since this term can also mean the center of an activity or a power, it is as great way to mentally frame it as any.

Because when you understand the power of this memory technique, you can increase your learning speed and retention, literally almost over the course of a weekend.

Success begins with the decision to get started and learn the methodology.

Personally, whenever I get stuck on how to best use the technique, I mind map out as many method of loci examples as I can.

But on this page, I want to go further.

I want to help you learn the loci method well and in a way that is completely stress-free.

That’s why I’ve put together these nine practical tips that will help you practice the technique once you’ve learned it.

#1: Learn To Use The Loci Method Simply

This means exactly what you think.

It’s easy to overthink and analyze, of course. It’s in our nature, right? Well, we can still scrub it out.

#2: Add Complexity To Your Loci Strategy As Your Skills Grow

Although you use of the method of loci should be simple in the beginning, naturally adding complexity as your skills grow is important.

For example, your first simple Memory Palace of your childhood bedroom can grow to include:

But before you expand, you’ve got to get good with just one execution of the method of loci, ideally by drawing out the journey from station to station by hand. 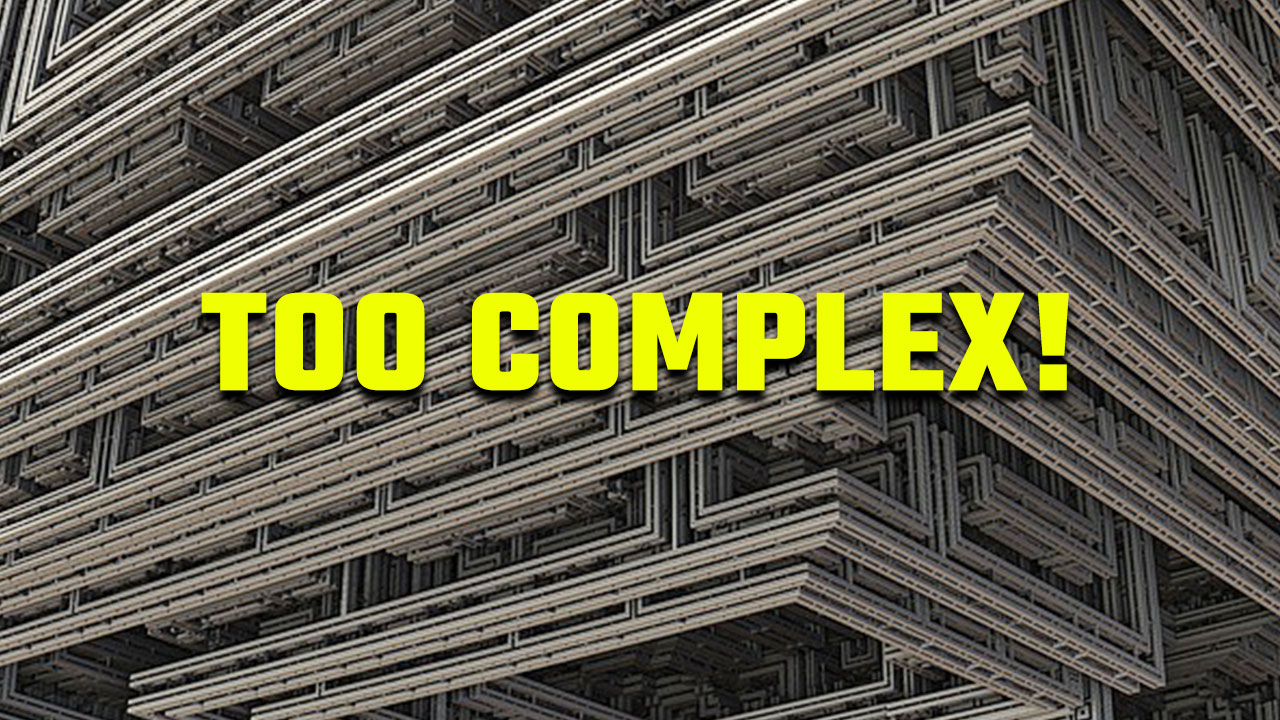 That means starting with your existing competence. Don’t overcomplicate things.

With practice you will see that there are some places where simplicity will always rule and complexity is not desirable.

Ever heard of the phrase, “Just because you can, doesn’t mean you should?”

That’s a great rule of thumb to keep in mind when using this memory method.

Once you have grown your practice to where you have built several Memory Palaces, you’ll want to have a way of linking them together, right? This is where the Method of Loci, or journey method comes in. 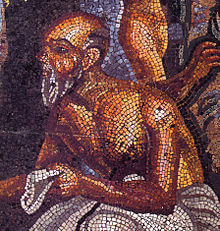 The matter of size when using the method of loci goes at least as far back as Simonides of Ceos, who is thought to have discovered the technique after recalling the names of people after they died in a tragic earthquake.

His use of the technique was obviously not that big, since banquet halls in the ancient world probably weren’t as big as our contemporary shopping malls.

Some of the ancient texts are very specific and say you should have five feet between stations. Others recommend much more space.

These ancient memory experts lived in a different era.

They did not have the compact buildings and roadways that we enjoy now. They definitely didn’t have this great method of loci book list.

If they had, I believe they would have made very different choices when using the kinds of memory techniques Boris Konrad used to establish Guinness World Records and Anastasia Woolmer used to combine memorization techniques with dance.

You can use very big journeys, or small ones. You can use entire buildings or your body.

The point is to know the purpose of why you’re using the method of loci.

You can have shorter and longer journeys and more complex and simpler journeys. You can have a variety and have each serve you differently, so long as you’re clear about what you want these spatial memory tools to help you remember better.

Have I tried used Mega Mind Palaces myself? You bet, but always with mixed results.

While it can be useful to have very condensed Memory Palaces, and those can be filled and overloaded with tons of stations, it can also be very beneficial to see what happens when you have less. Try working in a manner that’s spaced out, instead of overloaded. 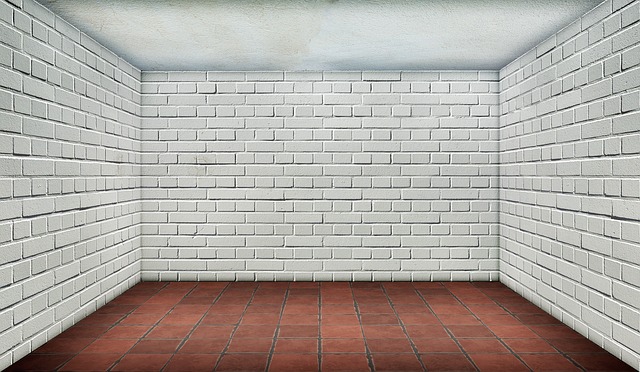 You can apply this idea to not only your use of the method of loci, but what you encode when using it. Memorize less, encode less, and see if you’re able to have more recall from focusing on fewer pieces of information.

The goal is to avoid the “Dr. Faust effect.”

The legend of Faust warns us against a downfall caused by a greed for all knowledge. He was unsatisfied with a mastery of law, logic, science and theology, and turned to the dark arts, where he eventually was damned after he sold his soul to Mephistopheles for more knowledge.

Instead of just collecting information, and never feeling satiated, why not be satisfied with the big ideas, and having an appreciation of the “white space”? You’ll find that your mind will fill in the blanks and you don’t need that overload of information. The white space will take care of itself. Let your Memory Palaces breathe.

To keep your practice fresh, have both short and long term projects you are working towards.

A classic short term project is to have a daily run through of memorizing playing cards. Keep a deck handy (maybe beside your coffee pot in the morning, or near your reading nook) so you can shuffle and memorize a handful in your downtime.

For a longer term project, this may be learning a new language, studying human anatomy or memorizing a collection of poetry.

Toggling these two projects will keep you from becoming bored and burnt out with a singular goal.

As you move toggle between short and long term projects, explore using indoor and outdoor locations for your memory journeys.

As an alternative to viewing your memory tools as simply one large Memory Palace, what if you thought of it as a collection of smaller locations? 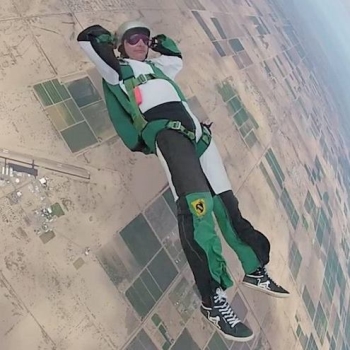 Okay, Kevin… Not that far outside!

(Or you can skydive and wander your Memory Palaces like Kevin Richardson does while using Recall Rehearsal for learning Japanese with mnemonics.)

Be flexible and bring a sense of playfulness to using this memory technique. It will be far more beneficial as you develop living and growing entities using the method of loci instead of a static, fixed creation.

For more on using outdoor locations, check out my discussion with Lynne Kelly on the craft of memory.

#7: Understand That The Method Of Loci Creates Pegs To Which You Can Add Pegs

When people first get started with memory techniques they may see these tools as mutually exclusive, instead of elements that can be used in partnership.

(No, peg system is not that different from the pegword method, but it’s worth exploring both.)

Now even though I’ve broken down mastery of the Method of Loci down to nine simple tips, it may not always be easy peasy. You will be faced with challenges along the way. There’s just no getting around it. Success with these methods is not about not having those setbacks, but that you know how to deal with them.

And one of the best ways to deal with those challenges is to make sure you have a good library of memory training.

Use all of the information you have available to you. Utilize it constantly and consistently. Take S.I.P. to heart:

S = Study the techniques for yourself consistently over time

I = Implement what you learn from your study of memory techniques and its tradition.

P = Practice these techniques with information that improves your life.

Be ever vigilant in tweaking your practice and improving it. As Nicholas Castle found, this practice can release you from some big problems in life, as it did with his PTSD.

Although you could use something like Evernote for better memory journaling, I personally don’t see the attraction.

Instead, consider going back to “keep it simple.”

Getting The Method of Loci Right The First Time

A memory journal also helps you get it right the first time. I highly recommend that you draw when using the method of loci. No software. I’m talking about using pencil or ink on paper.

Sure, method of loci software might be an option for some, but for the majority of us, I think it reduces our abilities. We need to train our brains to think spatially and in concrete terms.

When you draw to strategize how you’re going to use the Method of Loci, you quickly learn to “see” your Memory Palace journeys better in your mind. This is because you see them on the page and strategize them before using them. Taking this simple step saves on mistakes and allows you to avoid the feeling that you may need to “renovate” your Memory Palaces later. 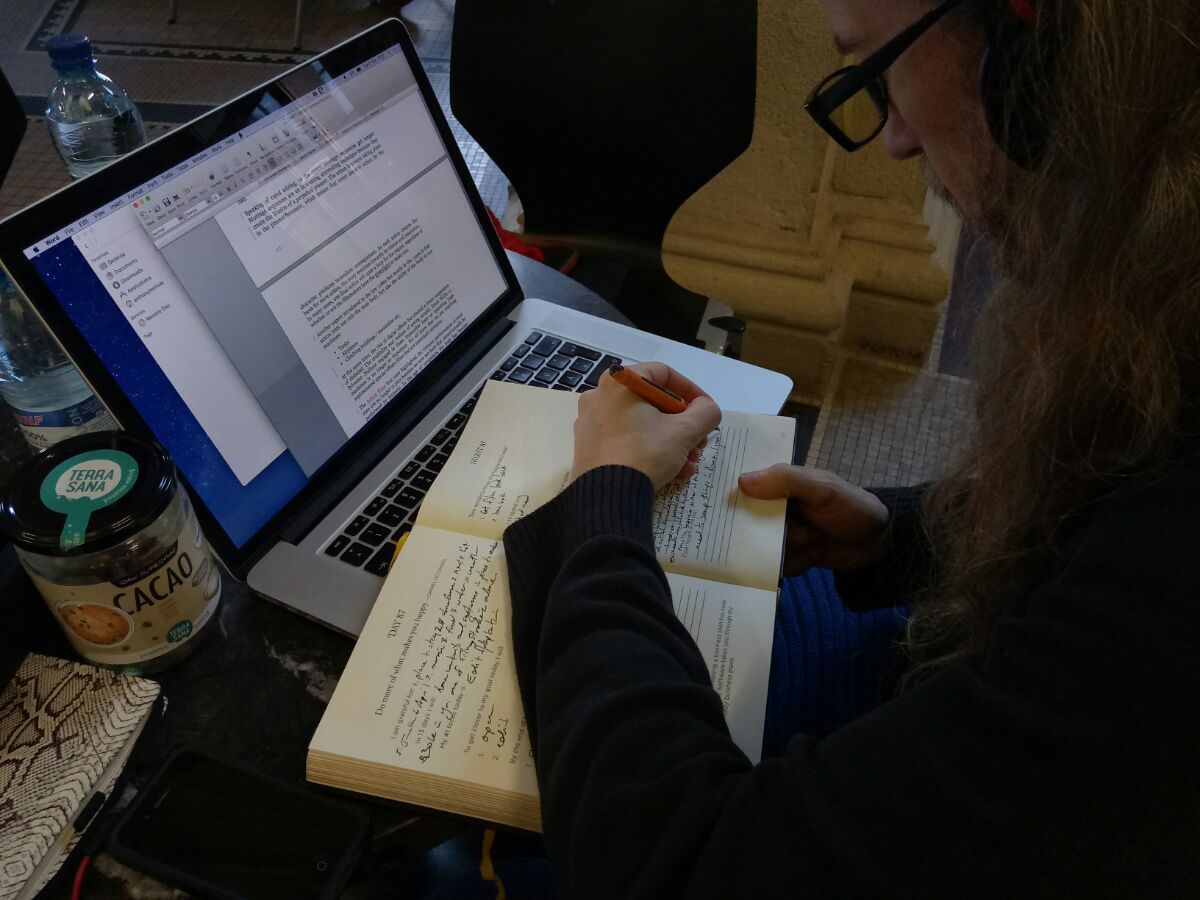 I know that this can seem like a lot of work in the beginning. If you’re feeling overwhelmed, just start with just one of the tips on this page.

See how implementing it improves the ease and speed of which you can create memory palaces and progress through the Method of Loci.

Mix and match these principles to maximize your efforts and you’ll see just how effortless the process can be with practice over time. Then move on to these more advanced Method of Loci training exercises.