Photographic Memory: Scams, Fallacies And The Woman Who Can’t Forget 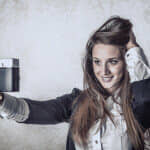 Photographic Memory Does Not Exist!

Not only that, but it’s really not even something any sane person wants.

Why, unless you’re a painter, would you want to memorize every single detail of, say, a room or landscape? Even then, most serious artists would still want to make a quick study sketch, if not take a legitimate photograph.

Thus, in most cases, the ability to clearly memorize only what you need always serve you much better than cramming it all in. That’s why spending some time clarifying exactly what you want to memorize is so important.

For example, a lot of people ask me about memorizing an entire book, specifically textbooks. But I caution against spending time on this. So much so that I created an entire podcast episode about how to memorize a textbook the right way.

In reality, you need only memorize the most critical pieces of information needed. The fear so many people have that makes them wish they had a photographic memory is this:

They Don’t Know What Information Will Be Critical

There’s a few solutions to this problem (also covered in the textbook memory training I linked for you).

But the biggest step of all is this:

Give up the phony notion photographic memory techniques exist.

Even better, get my free memory improvement course and Memory Palace kit:

After registering for this memory training material, understand this:

Your Memory Can Be Better Than Photographic.
It Can Be Magnetic. 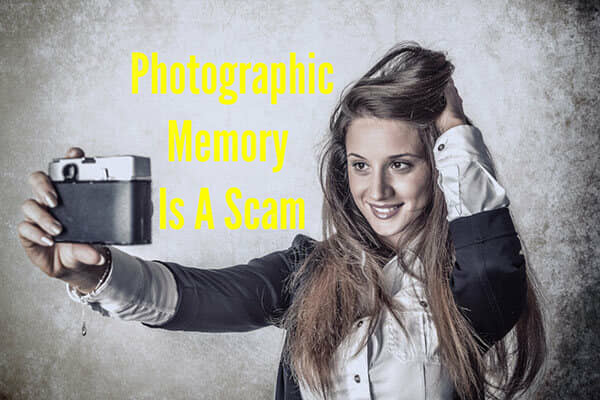 The first thing to do once you’ve learned how to create a Memory Palace, is develop a memory ritual.

I recommend using the P.E.A.C.H. Memory Palace Principle as a guide to creating such a plan:

Next, when you want to remember all the most important information in a book, examine your textbook as a physical object.

Ask simple questions that prime your mind and memory for paying attention to the book at a higher level:

Going through this exercise will alert your mind for knowledge in many ways while giving you a sense of what might be important in the book.

Exactly When And Why To Skip Parts Of A Book

Next, read the introduction and conclusion. Although a teacher or professor might never refer to these parts, they will tell you a great deal about what information is important. They’ll also place the subject in context and give you more clues about other books in the field you should read.

You can also simply book an appointment with your teacher or professor and ask them what information you need to focus on.

Your teachers may have already made this clear, but that doesn’t mean you can’t glean more clues by speaking in person.

You’ll also stand out more as an individual to them, which is usually a good thing. Of course, a good teacher won’t show you any kind of favouritism if your tests and assignments lack vigour, but you will open the door for additional help later.

Anyhow, there’s more information about these matters on the podcast episode I mentioned, so please do check it out. It could change your life for the better if you’re a student or someone responsible for reading a lot of books and need to have that information at the ready.

But if there’s a better way to take a “snapshot” of a book … I don’t know what it is.

That said, these 5 Note Taking Techniques That Force You To Remember More will surely help.

Back to photographic memory techniques, beware of memory trainings that sell you on this idea. Maybe they’ll have some good tips (even a broken clock is right twice a day), but they are in essence lying to you. And as I said, photographic memory is far from desirable.

Take the case of Jill Price, for example. She’s the author of The Woman Who Can’t Forget. If you’ve ever had the fantasy that you wanted to remember everything, think again.

As Price discusses in the book, her inability to forget creates ongoing anguish. So much so that doctors invented an entirely new term to describe her condition: “hyperthymestic syndrome.” Although Price claims she would never trade this ability for the world, it’s clear that it hasn’t been an easy life for her.

Plus, although Price discusses many different kinds of memory, she doesn’t use the term “photographic memory” except in an excerpted passage from the chatroom where she met her husband.

Nor is it included in the glossary of terms at the end of the book (though it makes for an interesting memory exercise to memorize those words using a Memory Palace).

Instead, Price has “flashbulb memory” as a term, but this has more to do with recalling moments of tragedy and the like. For example, remembering where you were on the morning of 9/11 may well be vivid, but chances are that it’s far from photographic in the manner meant by this suspect term.

One could argue, in fact, that Price has a memory that is far from photographic. For example, without being autistic, she can recall the exact day of the week a certain event took place – assuming that she knows of the event. She could, for example, relate the news of every April the 18th for ten years in a row with accuracy.

Although this ability astonished scientists – and it truly is astonishing – its use is limited. Price struggles, as it happens, to learn and memorize simple things.

Worse, her constant recall of emotional traumas from the past interfered with her scholastic performance.

Even if you’re interested in techniques to develop photographic memory and still believe that it’s possible and desirable to develop this skill, I recommend that you read The Woman Who Can’t Forget.

But if there’s one plus, it’s that Jill Price doesn’t have aphantasia.

Are There Jobs That Require Photographic Memory?

There are some interesting angles related to photographic memory techniques that we can talk about, however.

For example, when I was younger and needed a job to get through my B.A., I applied to work for Customs Canada. Had I been successful, I would have worked at an airport inspecting bags and scanning people for signs of suspicious behaviour.

One of the exams I took involved looking at faces in disguise and then some moments later, without their disguises. In many cases, it proved very difficult to make a match.

Would having a photographic memory have helped?

But the reality is that I did well on this part of the test despite not having trained my memory to be photographic.

The reason is that I paid special attention to easily recognizable parts of the faces, rather than trying to photograph them as a whole.

It’s a trick I picked up in psychology class and later prepared for the how to remember names and faces portion of the Magnetic Memory Method Masterclass.

How To Memorize Faces 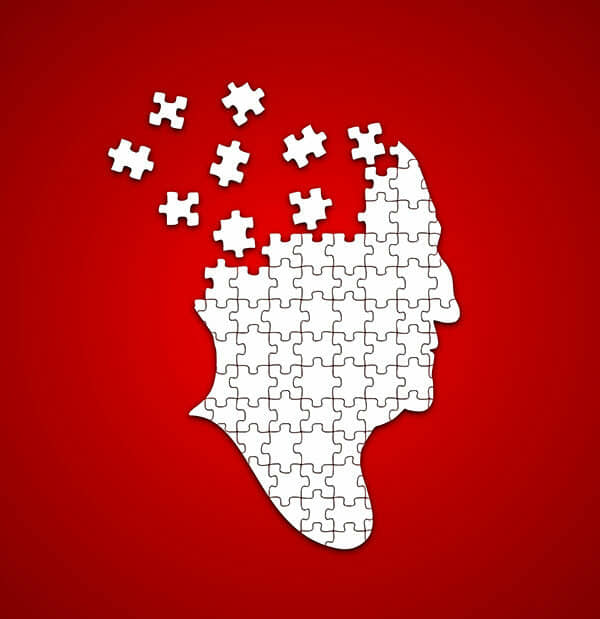 In brief, I had learned that the brain tends to recognize the shape of the nose and some of the circularity around the eyes.

Everything else either fills in or it doesn’t, but you increase your chance that these details will fill in by deliberately paying attention to the upside-down seven of the nose and the eight-shaped infinity symbol of the eyes.

It was cool to have this knowledge for the test because, had I focused on the chin of people wearing sunglasses and on the foreheads of people with faked noses, I would have failed.

I wouldn’t call focusing on the nose and eyes foolproof, but if you complete some of the Masterclass exercises and concentrate on these areas the next time you meet a nee face, I’m confident that you’ll find it much easier to recall these faces.

Is This Photographic Memory?

Absolutely not, but it is close. And developing this skill will help you in many ways beyond just remembering how faces look. It increases creativity, for one thing, meaning that many other great things in life increase too.

Another little story I should mention involves the NLP training I took while researching my dissertation on friendship (it’s a long story how I wound up finding a link between hypnosis and friendship, and one best saved for another day.

One day during the training, we worked on widening our fields of visual perception. To be perfectly honest, I didn’t actively try to memorize the exercise, but it basically involved having a person hold out their arms while standing close enough that you couldn’t quite make out their fingers.

This meant that you also couldn’t count how many they were holding out. But after stretching your eye muscles by looking up down and all around, you could extend your field of vision just enough to count their fingers.

Again, it’s not photographic memory, nor even particularly useful except as an interesting exercise, perhaps also as a technique for extending your awareness.

At the end of the day, the best way to develop your memory is to learn how to build and use a Memory Palace. It’s the beginning and end of memory techniques because you can use nearly every other technique that exists inside of a Memory Palace.

The Magnetic Memory Method approach to Memory Palaces uses ancient art of memory, particularly the Method of Loci, in a completely new way.

In the meantime, let me know if you have any questions about making your memory Magnetic through my Masterclass and we’ll talk soon!

Are Photographic Memories Real? on i09

A movie called Photographic Memory on the Internet Movie Database

Wikihow article on the topic of photographic memory

5 Responses to " Photographic Memory: Scams, Fallacies And The Woman Who Can’t Forget "