Can You Memorize Books Page By Page Without Using Memory Techniques? 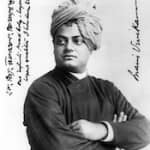 Outrageous claims about memorizing entire books without using techniques like the Memory Palace never fail to sadden me.

Especially when there is so much value to be siphoned from the not-so-secret sauce of mnemonics.

I like your MMM System, and I am learning and following it bit by bit.

But I have one doubt.

In India the Swami Vivekananda and other people read a book page by page without use any mnemonics techniques, and are still able to recall all of the concepts and vocabulary words.

Simply they saying only by only concentration.

Which memory technique is this?

Is this better than mnemonics or journey system?

How do I develop this type of memory?

Thank you for your reply.

If these people are actually doing this through concentration, then I guess you would call this memory technique … “concentration.”

When it comes to the notions of photographic memory and photo reading, the most logical conclusion is that these people are probably not being honest. Do you really think their claims would stand up to scrutiny through scientific testing?

Merely concentrating on a book would help me personally learn material from it, but how exactly this would lead to memorization without some kind of elaborative encoding is a mystery to me.

In order to actually memorize a lot of material from a book, I would use my textbook memorization system. I teach it here:

How to Memorize a Textbook

Quite frankly, there are so many advantages to this method that I would sooner have people who are serious about learning take these extra steps rather than experimenting with the claims of dead Swamis.

In the case of the person you’re talking about, he was called a srutidhara which in English means someone who has an eidetic or photographic memory.

A lot of people believe in photographic memory (something that doesn’t seem to exist), but what they don’t know is that eidetic memory has only been scientifically demonstrated as valid for a couple of minutes.

Can you work on developing an eidetic memory?

Heck, these day’s there’s even an eidetic memory app …

But why bother fooling around with software when you can work on developing a Magnetic memory and retain information for the long haul.

Better than merely retaining it, you can turn raw information into knowledge.

… but only if you stop chasing after useless fantasies and worrying about which memory method or style is better than the other.

The only method that matters is the one that:

A) You’ll actually use

B) Gets you results

If concentration works for these dudes, rock and roll.

Of course, I’m not going to stampede scientists over there to test the claims of the long dead or the gullible living. James Randi spent decades challenging people to demonstrate and validate their claims to have super powers of concentration.

He even offered a million dollars if they could prove their claims true.

That’s a lot of coin, so it’s hard to believe that more people didn’t rush over to get tested. Their absence says everything, don’t you think?

After all, haven’t they read and concentrated upon and remembered the famous James Randi prize?

The prize has been terminated since I originally wrote this post, but it’s still worth knowing about and considering for its longterm promotion of critical thinking and the grants it will be distributing to this end moving forward.

In the meantime, I’ll stick with memory techniques that can, have and will in the future continue to be tested.

And I’ll keep on hanging around with dudes like Phil Chambers, Chief Arbiter of the World Memory Championships.

Phil Chambers Talks About the Outer Limits of Memory Skills

These people know and respect the limits of memory while constantly pushing it through training that is inspired by the many seductions of competition.

But you don’t have to compete to get the science of memory techniques working on your side. (And you also have to wonder why all of those people making the claims you mentioned aren’t also at the memory competitions every year to claim those cash prizes…)

The formula for success with memory techniques is simple:

1. Build at least one Memory Palace

2. Put information inside of it using Magnetic Imagery

6. Do this through a lifelong study of accelerated learning techniques

(Optional: Synthesize the information and use it to improve the world).

Can You Supercharge Your Memory With These Popular Supplements?

35 Responses to " Can You Memorize Books Page By Page Without Using Memory Techniques? "