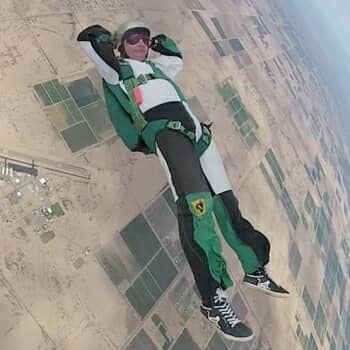 Have you been looking for the perfect learn Japanese app…

Or maybe just wondering how to learn Japanese on your own with memory techniques?

Are you still at the level where you’re searching Google with “learn Japanese alphabet,” unaware of its unique character sets?

Or how about that wish to know how to speak Japanese fast?

But not just any Memory Palace.

Scroll up and click play to hear my interview with Kevin and read his separate assessment below. Take it away Kevin!

The Man Who Almost Gave Up On Learning Japanese

Without Magnetic Memory, I would have packed up my bags and given up on ever learning the readings of Japanese kanji.

Now, I have no doubts that I’m going to complete my mission. I want to be fully literate in Japanese … and I want to be able to handwrite kanji too.

In for a penny, in for a pound!

This is actually my second attempt at using the Magnetic Memory Method.

I won’t lie to you, the first time I tried making a Memory Palace wasn’t a great success.

So take heart, don’t give up if you don’t get everything right the first time. Treat it as a learning experience. I promise you, you’ll get better quickly.

I’m still only a fledgling Memory Palace maker, yet now I’m able to remember up to thirty kanji readings in a single day!

Best of all – I know they’re there forever! 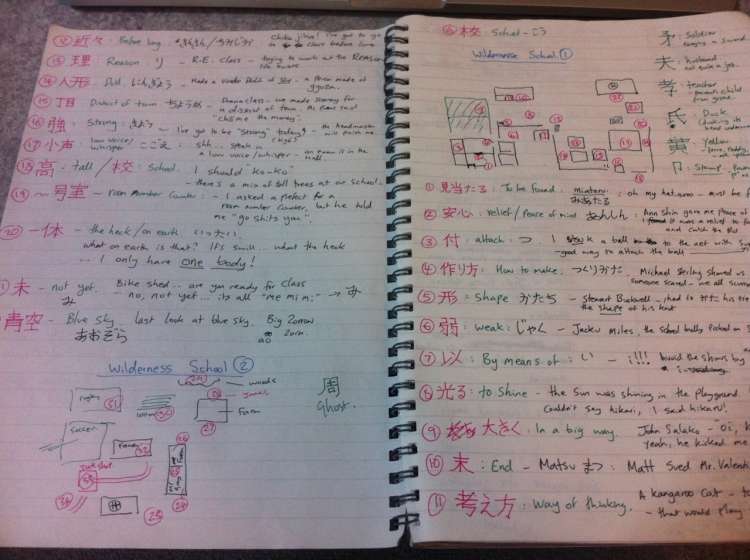 I wasn’t setting the world on fire, but for someone who can’t even remember why I’ve gone to the convenience store, I was still pretty pleased with myself.

Maybe The Memory Palace Stuff Wasn’t For Me…

In hindsight, I wish I’d known more about Memory Palaces when I set about using Heisig’s method, but my first attempt wasn’t very successful and I resigned myself to thinking maybe this Memory Palace stuff wasn’t for me.

It was then that I listened to Olly Richard’s podcast with Anthony Metivier talking about learning hiragana with the Magnetic Memory Method.

By happy coincidence, I was just starting to think about the daunting task of learning thousands of readings for the kanji characters. I knew that if I could get the hang of it, this would be make or break.

After all, Japanese people take about ten years to accomplish the same task; so for me, any technique that’s going to supercharge my memory was worth a punt. 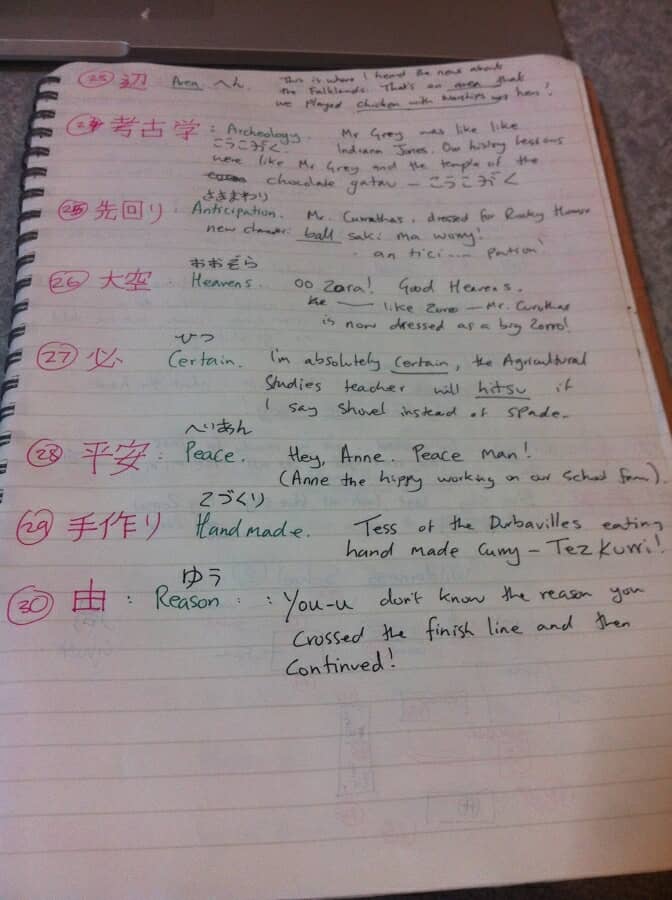 My first Memory Palace was a modest affair. I drew a sketch map of my apartment in Japan, numbered my memory stations in a logical route from bed to genkan (the place you leave your shoes).

That utter tyke, Russ Abbot singing “Oh what atmosphere, I love a party with an atmosphere” in the cupboard next to my bed. And as the tour went around my apartment, the story developed into a bizarre journey that I couldn’t forget.

Do you remember the Hana Barbera cartoon of Godzilla? I always hated the baby Godzilla, “Godzuki”, yet when I came to the bathroom, I have to think about that dinosaur, Gojira (as the Japanese say) … I’m a big fan of Godzilla …  (dai no gojira zuki desu).

My Mind Couldn’t Help But Fill In The Gaps

I took Anthony’s advice and walked through my Memory Palace ten times that first day. That made a big difference; I think by walking through the same linear path through my apartment, visualizing the story ten times, the story in my mind became like a sequence of video clips.

My mind couldn’t help but fill in the gaps, so I’d see myself mainly getting my omoni from the bottom of my bed, so that I could throw some spare yen at Russ Abbot busking “atmosphere” in my cupboard etc etc.

The next day, I walked through it in my mind a couple more times during breaks at work. I loved the fact that I didn’t need any technology, no batteries and could simply walk through my Memory Palace whenever I had some downtime.

(* Note: During the making of this Memory Palace, a mosquito collided violently with my notebook … to honor it’s death, I shall always remember “Yuu HAVE made a mess here”)

I’m not rushing anything. Like I say, I’m still a fledgling at this technique, but in the course of a month, my Memory Palaces are becoming richer, stranger, surreal and most importantly … unforgettable.

I now draw my map and number my Magnetic Stations. Then I think of a mnemonic to connect the kanji with it’s reading.

Then I write the whole story out as a walkthrough. Read it to myself and my mind can’t help but connect one station to another.

My favorite on this page has to be Hulk Hogan speaking in his “hougen dialect”!)

Now, I remember Olly and Anthony talking about the effort of making Memory Palaces being “top loaded.”

Certainly seems to be true for me at the moment – I spend far more time constructing my Memory Palace and creating a walkthrough story.

The Time I Save

BUT … it works … and if it means I don’t forget anything, that’s time I save in the long run.

In time, I can see myself not needing to write out my walkthrough story … and in time, I’ll eventually be able to take forty or fifty kanji readings, plot them out in my head, walkthrough the Memory Palace without having to write everything down.

I can see how that will give me the ability to remember hundreds of readings a week … but small steps grasshopper … I’m happy enough that I’ve gone from having a sketchy memory of maybe six readings a week, to now remembering fifty or so kanji readings a week.

That’s already a massive improvement … it’s certainly given me a huge boost in confidence that this heady goal of remembering thousands of kanji readings is much more achievable than I’d ever thought possible.

Want To Hear From Another Student Who Has Turned His Mind Into Something Better Than A Japanese Learning App?

Brad Zupp is a memory expert who has also learned a lot of Japanese. Listen as we discuss his adventures with this language.

Finally, John Fotheringham is an incredible teacher of learning techniques for Japanese. It was an honor to have him on the Magnetic Memory Method Podcast.

18 Responses to " The Perfect Learn Japanese App With Kevin Richardson "