How to Remember Names: Your Quick Start Guide 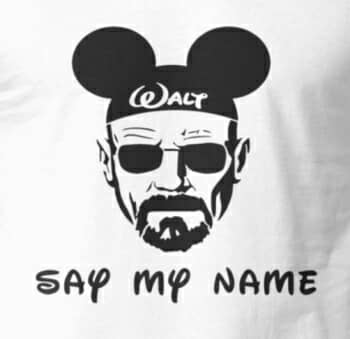 Wish you knew how to remember names?

Back before I learned to use memory techniques, I often wished that forgetting them would simply go away.

Glancing down at business cards is fine and dandy, but it doesn’t exactly scream professionalism.

You want to be looking that new person in the eyes and connecting, not constantly peeking at the sweaty lump of cardboard stuck to your palm.

Instead, you want to hold each person’s name with the certainty that can only come from mastering your memory.

3 Key Reasons We All Forget Other Peoples’ Names

The first way you can help yourself stop forgetting names is simple:

Understand why it happens.

First, names are abstract. Unless you’re a philologist, most names will hold zero meaning for you. Though there are some ways that the meaning of names can be manufactured to help your memory.

Despite the fact that names are often abstract, however, get this:

As Lynne Kelly demonstrates in The Memory Code, memorizing even the most abstract names is a skill that has helped the human species survive for thousands of years. We wouldn’t be here without memory skills.

Second, when we meet people, we might hear names, but we’re not paying attention. We’re either dazzled by their good looks or horrified by the food dangling off their faces. Worse, we’re thinking about what we’re going to say next. Our concentration is directed inward instead of outward.

Finally, we’re bombarded by stimuli. The room is filled with noises, we may be drinking alcohol, suffering jet-lag. or moving around the meeting space. All of these elements distract us.

We also distract ourselves.

For example, you hear the name.

But before you’ve taken a second to digest it, you ask where they’re from and what they do.

In combination with all the activity in the room, you’ve just pushed the name away instead of drawing it closer.

How To Remember Names Quickly:
The Super-Simple Mechanics

Let me teaching you the techniques in the form of a story.

A few weeks ago, my friend Max Breckbill held one of his great entrepreneur dinners in Berlin. A bunch of people get together to network and just chill out in a relaxed restaurant. His dinners are amazing.

Max always begins the evening with a round of introductions. As each person said their name, I created a crazy image to help me with remembering names.

For example, there was a guy named Lars, so I saw Lars from Metallica playing drums on his head.

The principle here is simple:

Lars brings to mind a famous person named Lars that I already know. The mechanism here is a direct association. 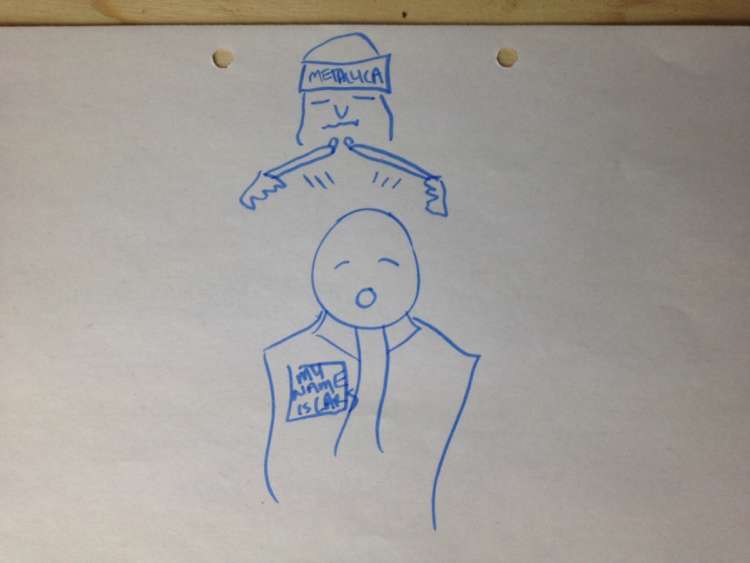 Let me give you another example:

Someone at this event was named Lukas.

For this name, I saw Luke Skywalker using his Light Sabre to carve an S onto Lukas’s chest so I would remember it was Lukas with an S instead of Luke as in Skywalker.

In this case, I’m using a familiar name but using an exaggerated image to highlight an important variation. 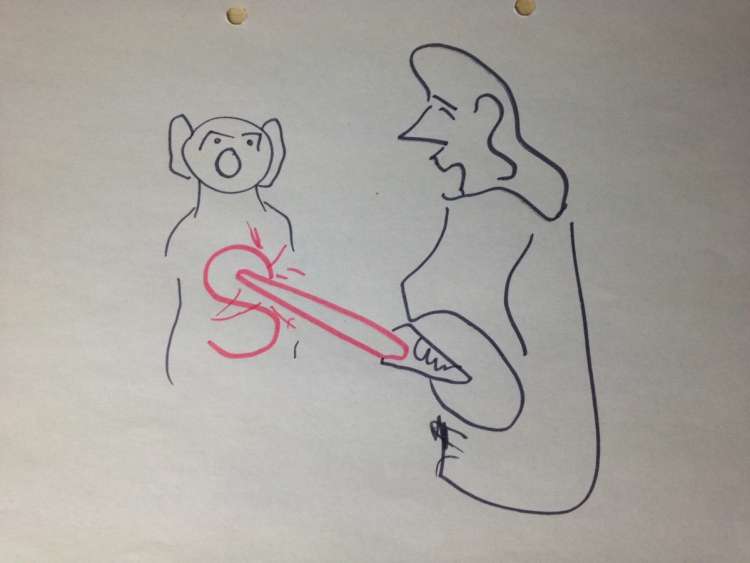 A bit later, I imagined one other person named Jeremy in a fistfight with Eddie Vedder with the Pearl Jam song of the same name playing on the soundtrack.

Now, rather than using a Jeremy I know, I’m referring to a song.

This is a useful technique when you’re able to use it.

The same principle of making the association large and vibrant in your mind applies. 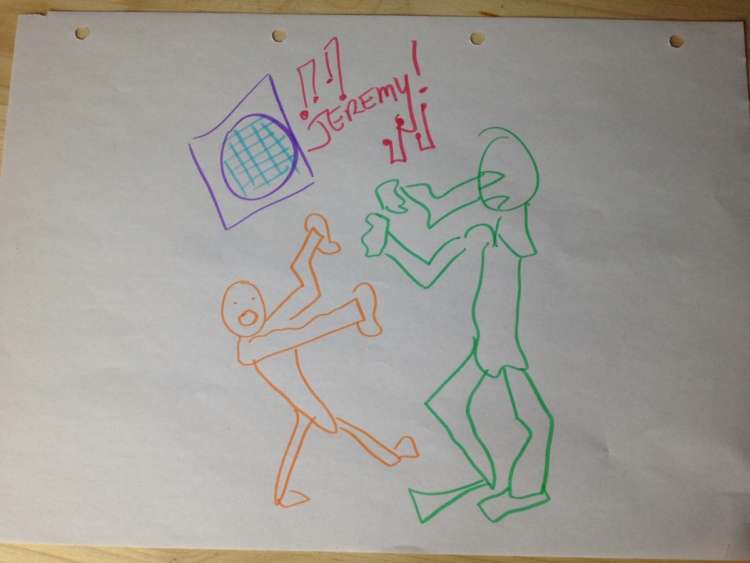 There were 20 other names I memorized at that event.

I created a wildly explosive image for each. This did not take long. It was literally just seconds.

I did not connect the names in any particular way with a story, either. That’s an unnecessary step many other memory teachers offer, and I’m not sure why.

The most important part is that your associations must be INSANE.

The good news is that it takes only a bit of practice to assign these images that really pop in your memory.

And I really do mean that these images “pop” because I always have endless images at the tip of my tongue using the pegword method. In brief, you’re able to give an image to each letter of the alphabet and always, instantly, have some kind of association to work with.

The only catch is that you need to do this with all of your images.

The steps I’m about to share assume that you’ve learned the methods of association I’ve just described.

Step One: Practice in a stress free environment

There are many places on the Internet where you can find lists of names.

Start with simple names and first names only.

Before you start proving yourself as a memory master, start at restaurants or any place where the staff wear name tags.

Then, memorize the names and test yourself.

I suggest using a notebook to write down the names and then confirm your accuracy the next time you see them.

Step Three: Ramp It Up

When you feel that you’ve got the hang of it, apply the technique in real time.

It’s okay to start with one person at a time, but set yourself a goal.

For example, at the next meeting, aim for five people. Then ten. Build up until you can memorize an entire room.

Relaxation is essential when memorizing any kind of information, especially in real time. Daily habits like meditation and fitness help a great deal.

You can also deliberately manufacture comfort using invisible techniques at the event such as Pendulum Breathing and Progressive Muscle Relaxation. No one will know you’re doing anything and you’ll be as relaxed as a sleeping YouTube kitten. Nothing will rattle your cage.

If you want to have a strong memory that works on command, cut out alcohol and stop smoking. I used to get away with it when doing memory demonstrations, but alcohol seriously messes with your working memory and nicotine withdrawal makes concentration difficult if not impossible. Better never to have smoked at all.

3. Let Go Of The Outcome

Wanting to succeed trips a lot of beginners up. But when you put all thoughts of success out of your mind, your memory is free to percolate the images you feed it.

Plus, you can play with the names in high spirits. Since you’ll want to go through the names a few times throughout the evening to massage them from working memory into long-term memory, you want the entire process to be fun.

But if you’re racing through the list motivated by the fear of making a mistake, you’ll only damage the results.

4. Don’t Get Stressed When You Flub

I struggled with a few names at Max’s event. Hopefully sharing these near-misses with you will help you avoid similar problems.

First, I had my fat lips motoring away at some points. I was talking with other people instead of remembering names in my mind.

In other words, I was not working against the forgetting curve. I predicted that I would lose 40-60% of my potential for total recall every ten minutes that passed without making a quick pass over the names.

It turns out my numbers were off, though. That’s thanks to these 4 easy ways to learn faster and remember more.  I only struggled with 2 of the names later, but didn’t entirely forget them as I’d predicted I might. With a bit of a push, the images popped up and I was able to retrieve them. Annoying, but passable.

However, there was one name I got completely wrong, but that’s only because I misheard it.

“Pascal” was one of the names I struggled with at the event.

Because things were going fast, I picked an ineffective image for him. The philosopher Pascal had famously turned from atheism to religion, so I saw an image of God halfway putting a noose over this person’s face.

Although I did get Pascal’s name back eventually, I had to keep my cool.

The reason for my bad memory in this instance?

First, I don’t know how Pascal the philosopher looked and I’ve never seen God. In retrospect, I could have used Michaelangelo’s God from the Sistine Chapel. But even an association like that doesn’t exactly help get back to “Pascal” at speed either. The best bet is to learn how a real Pascal looks.

I tried to see two actions instead of just one. I created so many vague elements that I could barely remember the hurdles I’d placed between myself and the target information.

But I didn’t let myself get stressed out about it. I simply noticed the outcome and knew I would use it as a talking point and teaching tool if called upon to give a memory demonstration. I have given demonstrations, I have made errors and I have won respect simply by keeping my cool and sharing what went wrong.

You can too, so I recommend you follow the Always Be Cool principle while taking time to analyze your mistakes. This will help you improve your skills with remembering names.

You Don’t Have To Remember Names In Order Every Time

Let’s say that you’re called upon to give a demonstration and you had trouble remembering names. Instead of giving up or getting frustrated, just move on, the same way you would in practice.

As you’re finishing the other names, you’ll often be pleasantly surprised at how the ones you forgot suddenly spring back. And if not, you wind up with an opportunity to explain what went wrong and demonstrate troubleshooting on the fly.

Whatever you do, don’t let yourself get frustrated. You don’t want to blow your momentum over what amounts to nothing in the long run. Always be cool and your memory will serve you well.

When you master remembering names, you will always be surrounded by friends. And when you also have some great verbatim passages memorized to entertain or teach them, all the better.

6 Responses to " How to Remember Names: Your Quick Start Guide "