Moonwalking with Einstein Review: Will It Change Your Life? 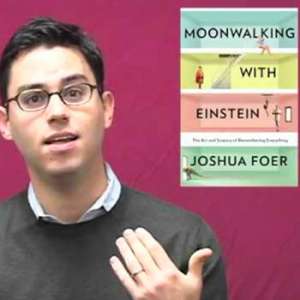 Moonwalking with Einstein is an incredible book for many reasons.

But will reading it improve your memory?

Even more importantly, will reading Moonwalking with Einstein by Joshua Foer improve your life?

Sorry to give you a cliche answer, but rest assured you’ll get more nuance as we go.

In this review, you’ll learn who this book is for, who it’s most likely to help and whether or not you’re the kind of person who will benefit from reading it.

And in case you’re wondering why I would know, that’s a very good question.

I have a few insights because I’ve interviewed and spent time with many people in the book.

One of them gave me the Warrior of the Mind emblem for Outstanding Contributions to Global Mental Literacy. You’ll read about that pendant in the early parts of Moonwalking with Einstein.

But above all, I’ve benefited from reading this book myself, albeit in a quirky way.

All will be revealed, so if you’re ready to take a deep dive into this fascinating book, let’s get started!

Who Is Joshua Foer?

Joshua Foer was a science journalist when he wrote Moonwalking with Einstein and published it in 2011.

These days, he owns a company called Atlas Obscura that serves as a guide to the world’s hidden treasures. 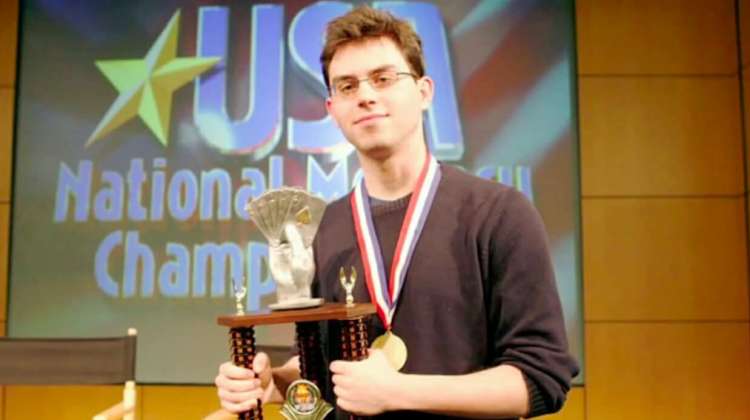 Foer told Nelson Dellis in a 2022 interview that although he still uses memory techniques once in a while, it is usually for numbers. But he no longer pushes himself to the level of being a viable memory athlete.

Of the greatest interest for language learners, Foer successfully learned Lingala to a decent degree. He attributes memory techniques to his success based on an older version of Memrise, which included a lot of mnemonic examples at the time.

If you’re wondering if Joshua Foer is legit, the answer is definitely yes. He’s gone beyond using memory techniques for competition and applied them to developing knowledge. That’s exactly what we want in a memory expert.

Moonwalking with Einstein Review: What You Need to Know

The first thing you need to know about Moonwalking with Einstein is that it’s not a memory training book. There’s little in it that could be described as a “lesson.”

That said, the title itself is a lesson in mnemonic imagery. And the best kind because it’s a highly specific mnemonic example.

And if you follow along as you read, you’ll come to know how memory techniques work and gain insight in how to use them. The main problem is that, except for the chapter on how to memorize a poem, you’ll primarily discover how to use mnemonics for competitive outcomes. 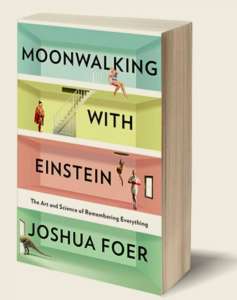 More importantly, Moonwalking with Einstein is a book based around some classic themes that are very inspiring. These themes are:

The Value of Experimentation

Throughout the book, you discover how many different people learned about memory techniques and made them their own.

This theme is so critical because a lot of people expect someone to hand them a memory system.

Although there are some memory systems that many memory athletes share (like the PAO System, Dominic System and Major System), each person needs to do a number of things:

The Value of Community

Memory competition requires community by its very nature. You cannot compare your memory skills against others on your own.

A huge theme of the book revolves around the friendships Foer made and the mentors who guided his progress with the memory techniques.

I share one of those mentors with Foer in our dearly departed Tony Buzan.

In one of the book’s early sections, a section that proves Foer’s skills as a writer, Foer notices  “a neuron shaped pin adorned [Buzan’s] lapel.” That pin is the Warrior of the Mind Emblem, something Buzan gave me at an event, making me part of a community of memory teachers. For someone who talks for a living, I was speechless!

As Foer describes the scene, Buzan acts like Merlin by making a great call to adventure. Just as Buzan once took me aside, he took Foer aside and had him imagine becoming the USA Memory Champion.

This call to adventure is what leads Foer to travel and meet many memory athletes, memory experts and ultimately enjoy membership in KL7, a secret society of memorizers headed by the Grandmaster of Memory, Ed Cooke.

The Value of Practice & Having Goals

Although the stories of meeting various people are wildly entertaining, the book’s most important theme revolves around practice.

In this regard, the book could be about many competitive sports, though perhaps chess is the closest comparison.

As Foer learns, commitment is rare. And if the book ends on a bittersweet note, it is that Foer learns how easy it is to slip back into easy mode and stop using memory techniques.

But is the backsliding Foer ultimately describes really about a retreat to easy street?

I’m not sure. Given that we know Foer later used memory techniques to help himself learn a language and memorize 1100 words from a Lingala dictionary, I think a major theme of the book is quite simple to express.

Having meaningful goals is just as rare as commitment in today’s world.

And in some ways, Moonwalking with Einstein is not just about one science journalist winning a memory competition.

It’s about the nature of how American society practices and sets goals compared to other countries.

I recommend readers think about the differences between nations that Foer outlines in order to get maximum value from the book.

Should You Read Moonwalking With Einstein?

However, I think many people who are just starting with memory techniques will need at least one other book to help them fully understand the techniques.

You will learn the Memory Palace technique (especially in the chapter on memorizing poetry).

But I’ve read so many people complaining that Moonwalking with Einstein confused them or didn’t help them learn how to improve their memory.

On the other hand, Braden Adams told me that he read the book once and ran with it. He’s now an impressive memory competitor.

And that’s ultimately the book’s strength and weakness. The subtitle says that it’s about “the art and science of remembering everything.”

But as we saw in Where Did Noah Park the Ark? trying to address everything can lead to many people doing nothing.

This statement is not a criticism of any memory book that casts its net wide. But people who don’t suddenly wake up understanding how memory techniques work should not blame Moonwalking with Einstein. It’s mostly about what memory is, how it works, and specifically how to harness those characteristics to win a memory championship.

And the key to that is something Nelson Dellis gave us long ago. You have to practice at least two things:

So if you’re looking for a stimulating read that might give you insights you need as a competitor, Moonwalking with Einstein is pure gold.

But it’s also gold if you want to get inspired and learn more about the value of practice and commitment to a goal.

In my view, you simply cannot go wrong by reading it, but now you know what some of its limitations might be for you.

And if you liked this review and think you might want to learn my approach to using memory techniques, go ahead and grab my FREE Memory Improvement Kit now:

This course is not targeted at competition at all (though my own competition experience is described in The Victorious Mind).

Instead, my course focuses on how ancient people used memory techniques to carry massive amounts of information in their minds when they could not carry books on their backs.

At the end of the day, if you really want to help improve the world, the more books you read and the more courses you take, the merrier we will all be.

So what do you say? Are you reading to start “moonwalking” with Einstein?