The World’s Greatest Memorization Equation For Using A Memory Palace 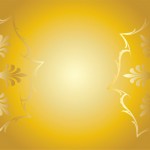 Here we have a follow up from yesterday’s question from Magnetic Memory enthusiast Joshua Smith regarding the recall of sound and meaning using the Magnetic Memory Method for memorizing foreign language vocabulary:

Thanks for answering my questions in your own way.

This is what I understand:

“But then J.Lo gets cut, or bruised (let’s make this PG13). And she starts swearing at the keys.”  = action = “Therein lies the meaning of the word.”

I understand the point you want to make, “At the highest level, a mnemonic for vocabulary should magnetically give you both the sound and the meaning of the word you want to recall.”  And certainly with a little practice, everyone can do it.  The challenge lies in making it simple enough for everyone to get a little practice.

As we all know, there are all kinds of different students.  I have one 14 year old that remembers everything and is one of the best English speakers I have; I could easily tell him, “At the highest level…”, and he wouldn’t have any problem with that.

I have other students that I have to explain things 10 times/different ways, or more, for them to get it or start to get a hunch.  For this kind of student, it’s best to simplify the simple.

Thanks for this great equation! I’m not a particularly mathematical thinker, so I’m really grateful that you’re able to simplify things in this way, and …

… is a very fine way of putting it.

Unless, of course, the opposite is true …

It could be the case that some people would successfully associate the sound of a word used to describe an action as a prompt, but that is perhaps rare.

Nonetheless, if you notice students who could benefit from this reversal (i.e. Action = Pronunciation / Image = Meaning), then by all means encourage that student to use it.

One thing I would suggest is that you interview this 14 year old who can remember everything and see if you can’t find out how he makes this accomplishment.

There is sometimes a rule amongst those who speak about the gifted that what the holders of talent achieve is beyond explanation. There is no process, no method, no technique. It’s just something they can do, ex nihilo.

I think this is nonsense.

There is always a process.

The issue arises from the fact that the person either doesn’t recognize it as a process, cannot enunciate the process or simple doesn’t care to.

No skill exists or operates outside of a procedure.

There’s interesting controversy about this, actually. Have you seen The Boy with the Incredible Brain?

It’s best followed up by Joshua Foer’s writing about Daniel Tammet in Moonwalking with Einstein.

I’ll leave it up to individual readers to make up their minds about this issue, but my view is that even the scientists who support the idea that Tammet is memorizing without a process actually have to describe the process by which he is memorizing/recalling material in order to claim that he does it without a process …

In any case, I’d be curious if this student of yours could describe how exactly he comes to remember things so well. Chances are, he’ll be able to describe a process, even if only in the vaguest of terms.

And while we’re on the matter, let’s spin things around.

If it’s not too sensitive, why not ask the student who is having trouble if he is able to enunciate the barriers.

When I was teaching students, I would do this all the time.

Student: Professor Metivier, I can’t think of anything to write.

Me: Great. Write about why you can’t think of anything to write.

It sounds cruel, I know, but there’s method to the madness. It helped Marno Hermann memorize 1200 digits, after all.

Usually students – and people in general – simply accept their barriers. They don’t interrogate them, they don’t feel the shape and the boundaries of what is preventing them from moving forward.

And that in itself is the ultimate boundary.

How do you know you need a flashlight if you don’t know that it’s dark?

The best way to overcome writer’s block works exactly the same way. Write about why you can’t write. Chances are the description of the problem will be just as interesting as what you’re trying to write anyway.

Same goes for memorization. If you explain to yourself or to someone else why you’re having difficulty and describe the process of that difficulty in clear terms, you’ll find the problem much easier to solve.

Take an overhead photo of the breadcrumbs left by Hansel and Gretel and all you will see is a detailed map describing exactly how to get yourself home.

Even if absent-minded professors like myself describe the concepts in the most vertiginous ways possible due to having read the sentences of Thomas Mann and Thomas Pynchon at far too tender an age, leading to rampant obfuscation …

But that’s where the great readers of the Magnetic Memory Method blog come in.

Thank you very much for this wonderful equation!