How to Remember a Story Using a Memory Palace

If you want to remember a story, the process is actually pretty simple.

You can be as detailed as you like, or just recite the general gist of a tale.

And by the end of this lesson, you’ll be able to entertain people at parties or include stories in your speeches and presentations.

Or maybe you want to better convince your friends to read stories and watch the movies you love. That will be much easier for you to do as well.

If you want to become a better writer, nothing will help you more than knowing stories inside and out.

Even better than that, on this page, I’m also going to show you how to memorize the ins-and-outs of plot.

Who am I to teach you about remembering stories?

Well, in addition to having told a story at a TEDx event that now has nearly 2.5 million views, I spent nearly a decade as a Film Studies professor.

I also spent a few years working as a story consultant on movies that actually got made. And I’ve written two well-received books about screenwriting.

Indeed, I got my story consulting gigs partly because of the books I’ve written on screenwriting. I even have a writing credit on my IMDB profile.

Anthony Metivier on the set of Bailout with Eddie Furlong, Dominic Purcell and Uwe Boll

Although I certainly don’t know everything under the sun, I’ve proven that I can write and help craft successful stories. I’ve memorized detailed stories and delivered them before the masses.

And if you’re ready to remember any story, I’m confident my tips will help you out

So let’s get started!

What is a Story Anyway?

One of the most interesting aspects involved in memorizing stories, is that you soon discover every narrative is composed of many different kinds of information.

Just about every story will involve:

The more you divide these types of information in your mind, the more you’ll be able to approach the story as a whole with dexterity.

With these different types of story information in mind, let’s look at the process step-by-step.

How to Remember A Story in 7 Easy Steps

As you go through these steps, keep in mind that you don’t have to master each and every one the first time you commit a story to memory.

The more you allow yourself to grow with the story memorizing process, the more success you’ll have. 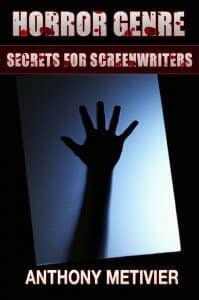 That said, it’s important to focus on these fundamentals. We don’t want to put the cart ahead of the horse and wind up frustrated. That’s why I’ve done my best to arrange the steps in order of priority, keeping beginners with no prior experience with remembering stories in mind.

Step One: Decide on the Exact Goal

Before you start committing any of the story to memory, think about your exact goal.

I ask these questions because when I gave my TEDx Talk, I memorized the entire story word for word.

But when I was a film professor and summarized stories as part of my lectures, I usually memorized just the bullet point version of those stories. Because I know all of the plot points by memory, I often didn’t even need to do that. (We’ll talk more about the plot points method in a moment.)

When I memorize scripture, I sometimes include the verse number, which involves knowing a technique called the Major System or 00-99 PAO.

Step Two: Get Familiar with the Story

This probably goes without saying, but you’ll want to read the story in its entirety first, or watch the movie in full.

And I would suggest you go a few steps further.

In addition to going through the material thoroughly, read about the story.

One thing I used to do as a Film Studies professor was to read the screenplay before watching a movie. Then I’d watch the movie and read as many reviews and critical interpretations as I could find. If I had time, I’d watch the movie at least one more time before writing my lecture.

In the case of short stories or novels, there is no screenplay. However, you can follow-up by reading articles, interviews with the author and reviews on bookseller pages and book reviews.

All of these efforts will help build a larger web of associations in your mind that make the actual memorization a lot easier. It also makes everything a lot more fun because you’re making yourself an expert about the story itself.

Do this enough times, and you’ll come to think about the place of the stories you remember in the context of history, philosophy and the culture at large, all of which is very rewarding.

When you really want to know a story well, I suggest you have at least two Memory Palaces instead of just one.

It’s a simple mnemonic device that allows you to create mental versions of locations. Typically, you would base them on homes, offices, schools and any location you’re familiar with and can easily organize into a simple journey.

I’ve found it very helpful to have all the names of the characters and location names in one Memory Palace, and the major plot points in another. 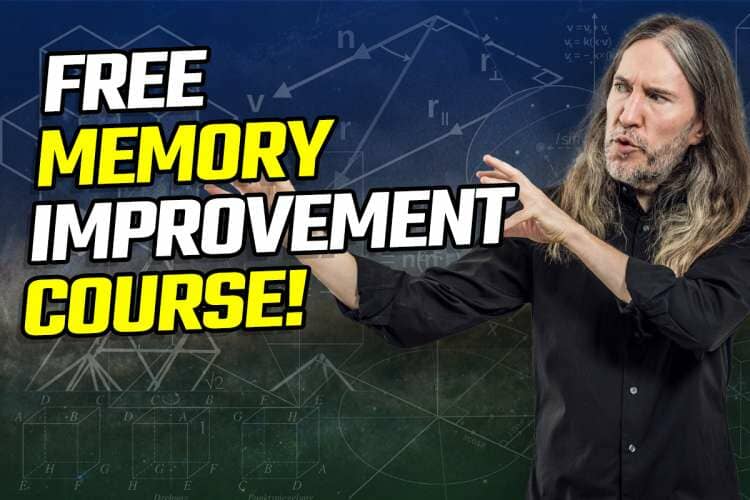 This approach is useful even if you’re memorizing the story verbatim. It helps you get some of the harder elements out of the way first. And knowing character names also serves as a kind of time signature. It’s easier to remember parts of the plot because you’ll remember the names of the characters and place names with knowledge of the order in which they come up.

If you like, you can extract the character names while you’re reading by using the technique I teach in how to memorize a textbook.

To memorize verbatim is a simple affair.

You just need to create associative images for the words and lay those associations out along your Memory Palace journey.

Now, if you’re new to the practice, you might need more images than a more experienced memorizer. For example, there are tons of operator words, like “to,” “it,” “he,” etc.

For these words, it’s no more or less difficult to come up with images than it is for more complex words. Basically, everything comes down to your level of skill with the techniques and completing the exercises in the Magnetic Memory Method Masterclass.

Often, you can get away without having an image for such words. When I memorized the story I told in my TEDx Talk, I managed to relate it word-for-word by just encoding the keywords. Because I know English, most of the smaller words fell logically into place. And if they were slightly different here and there, it did not change the theme or message of the story I told.

The final part of this step is to segment the memorization. Rather than expect to memorize the entire thing in one go, break it down. I like to memorize for 5-10 minutes, then take a break.

This might seem slow to you, but in the end, it’s actually faster. You’ll make fewer encoding errors and spend a lot more time with your full mental powers charged. If you plow on while drained, you’ll wind up spending too much time correcting issues that didn’t need to be there in the first place.

Once you have any amount of material memorized, it’s important to start reviewing it.

For this, I use a process called Recall Rehearsal. It taps into the memory science of active recall.

To make the process as effective and efficient as possible, I follow these steps:

But when I really want to present at my best and feel “bulletproof” on the stage, I go further.

I write out the speech in reverse order and out of order.

Then I write the even numbered sentences on the second pass, but this time in reverse order.

The answer is simple: It gives each sentence extra doses of primacy effect and recency effect.

Not everyone has to go to this extent. But I always do it when I want to speed up the memorization process and feel extra-familiar with each and every word I’m delivering on the stage.

Although writing out the story from memory is a form of practice, it’s important to practice verbally delivering your story as often as you can.

Thomas Kraft suggested that I walk while reciting the talk. Since I could take my walks in the Memory Palace I used for my TEDx Talk, I did exactly that.

Since I walk relatively quickly, I slowed down so I could pace the talk with my progress along the Memory Palace path.

I also recorded myself delivering the talk so I could watch for opportunities to improve the delivery.

Mastery won’t come from memorizing just one story. You’ll want to carry on and remember many more.

The more variety you work with, the more your skills will grow.

How to Remember Plot Points

Again, the Memory Palace will be your go-to technique for this.

I would string out the following narrative elements along a journey, perhaps using the story method.

The major plot points in most stories are:

Note that not all of these plot points necessarily unfold in the same order in every story. And not every story has all of them.

But if you commit this general structure to memory, they will start leaping out at you as you read stories and watch movies.

And this knowledge of story architecture itself will help you remember stories much better.

So, what do you say?

Are you ready to commit your first story to memory?

How will you do it?

Verbatim or just based on the general plot?

I suggest you spend some part of your life mastering both. It’s tremendously rewarding.

And if you’d like more context with respect to lines of dialog, check out my article on how to memorize lines next.