5 Powerful Elaborative Rehearsal Strategies That Help You Memorize Anything 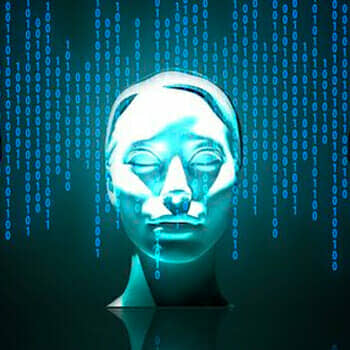 In reality, it’s a simple and fun way to learn faster and remember more.

You’ll use it in three ways:

Learners of all ages who want to retain information at blazing fast speeds will love how fast and easy elaborative rehearsal and maintenance rehearsal can be.

So get prepared for some detailed examples and an explanation of what these strategies are and how they work.

One of them happens practically on autopilot if you set things up just the right way.

What Is Elaborative Rehearsal?

Elaborative rehearsal involves a specific a specific approach to repeating information so you can learn it faster. Although some people call it rote rehearsal, it should not be confused with rote learning.

This distinction is important because rote learning, by definition, involves zero elaboration. It’s just repeating the same information over and over again without interacting with it in a meaningful way.

So one way that you can define elaborative rehearsal is meaning. Another definition involves interactivity with multiple forms of learning. You are literally repeating things in elaborate ways.

Some of the strategies involved in elaborative rehearsal include:

All of these processes are useful for both the learning, maintenance and decoding phases of elaborative rehearsal.

Where Does Elaborative Rehearsal Come From?

Memory scientists have worked at describing how memory works since at least Hermann Ebbinghaus first tested his verbal memory. He memorized over 2000 nonsense syllables and tracked how quickly he forget them. 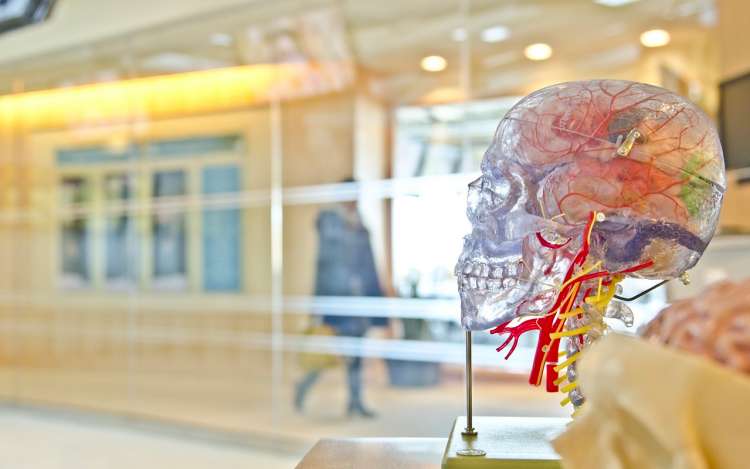 Since then, researchers have realized that people who learn faster and remember more use a variety of processes. They have given names to them, and because there are so many different psychologists and neuroscientists, sometimes the terminology overlaps.

For example, active recall is a very similar process because it involves elements we’ll talk about in a moment. Personalization and variety are two of the most important.

Note that science involves a constantly shifting landscape, so terms like maintenance rehearsal and elaborative rehearsal may change in the future.

Here’s one way to keep abreast of the latest developments: Follow the most influential neuroscientists and read their latest works. You can search for the keyword “memory” to select those that focus on the topic.

To use elaborative rehearsal, you need to be learning something.

Ideally, you will “elaborate” what you’re learning during the process using some form of encoding.

For example, if you’re learning a name like Robert, you can either repeat it using rote, or you can compare the person you just met with another Robert you know. You can make the comparison even more elaborate by adding the sound of another Robert’s voice, how that person looks and other memories.

Scientists aren’t exactly sure why adding these elements work, but part of it has to do with the Von Restorff Effect. This effect shows that things that are made strange stand out to us. The weirder we make them, the more they pop out at us.

In fact, there is more science, tradition and memory competition records than anyone has time to read.

When you do take time to read further on the science, definitely check out the work of David Reser and Tyson Yunkaporta.

They asked a number of medical students to memorize difficult material using an Aboriginal strategy for elaborating information. As they found, the students who completed this simple task recalled more information with greater ease. 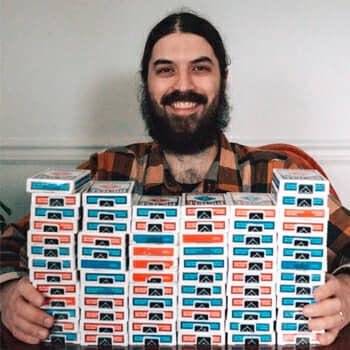 I’ve never been into memory competitions myself, though I did once compete with fellow memory expert Dave Farrow.

Because I find competition so boring, but do love live memory events, I created Memory Detective. It’s a way of practicing elaborative rehearsal in real time, almost as if you were a real life Sherlock Holmes.

With all of this in mind, let’s dig deeper into a number elaborative rehearsal strategies that will help you. Without the boredom.

5 Elaborative Rehearsal Strategies That Help You Memorize Anything

As we go through this list, understand that you can benefit from all of them. You don’t have to pick and choose.

In fact, you’re much more likely to benefit from combining a variety of approaches.

Again, the point is to avoid rote and use creative aspects of your mind by adding multi-sensory elements and vibrant associations. This process is what makes elaborative rehearsal work.

One: Use Memory Techniques

By far the fastest and most fun way to see an elaborative rehearsal example in action is to try it for yourself.

I gave you an example above of how you can take the name of one Robert and compare it with another through association.

In language learning, you can do something similar by memorizing vocabulary. You can also memorize scripture, or go for an extra challenge by memorizing scripture in another language. I’ve done that myself and discussed the process in this TEDx Talk.

There are a lot of memory techniques to explore, all validated by science. They include:

The trick with all of them is to make sure you’re digging as deeply as possible into the elaboration part. You want to link space with sound and imagery, as I discuss in this video:

It’s potentially a memory technique. And in Mind Map Mastery, Tony Buzan highlighted just how useful colors are for weaving information deeper into our memory.

Phil Chambers is another mind mapping master. When it comes to the maintenance form of elaborative rehearsal, he suggests going through your mind maps 5-10 times to really help the information sink into long term memory. Or reassert its position there for long term recall.

You can also use mind mapping to help you discover Memory Palace options and use a mind map itself as a Memory Palace.

The trick is to use multiple colors so that your brain elaborates the information.

Here’s an example of one of my multi-color mind maps, which has helped me learn and remember a ton about retention. 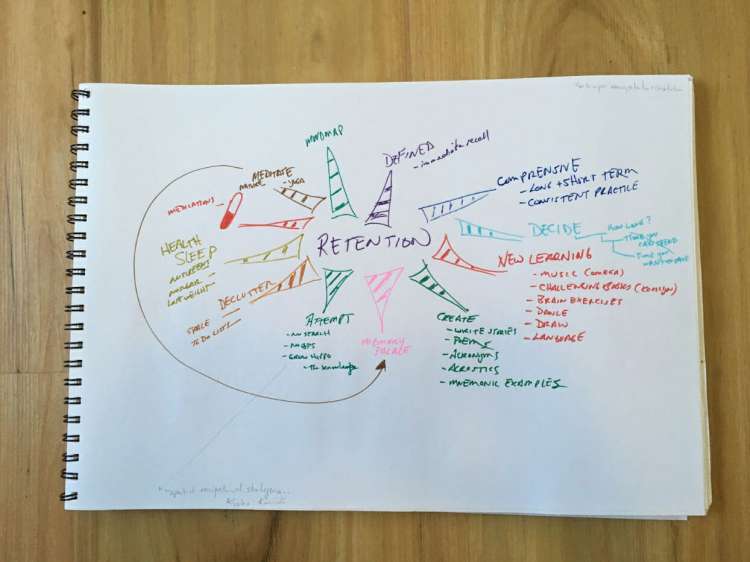 For more on a related topic, check out this post on concept mapping.

No need to fall asleep while reading ever again. If you ask questions in a sophisticated manner while reading, you’ll be elaborating the information.

Here’s an example from my own recent reading:

I came across the idea of entelechy in Leibniz. I related it to the notion of pure becoming in Deleuze. I simply asked questions like: 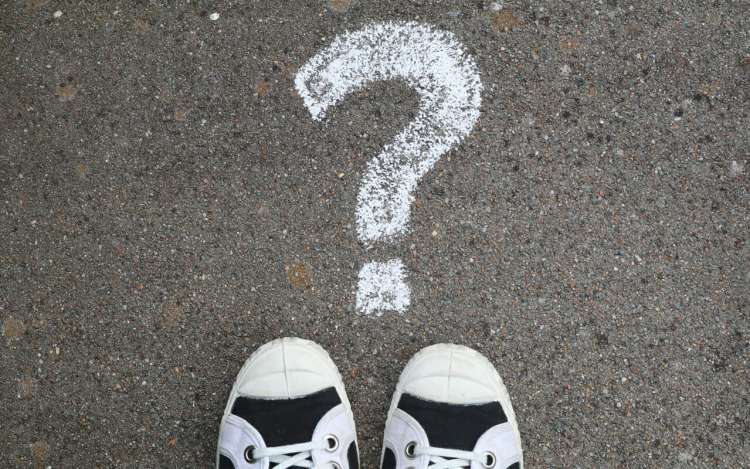 Merely by asking these questions while reading, the information gets elaborated and ultimately learned so much faster. Asking questions is the equivalent of creating a conceptual image in your mind.

If you like this idea, here are a ton of philosophical questions you can add to your elaboration practice.

Speaking of creating mental imagery, visualization while learning is a key learning strategy.

The trick is to make sure that you don’t get stuck on the visual part of visualization. To help you avoid this trap, check out my guided image streaming blog post. It will give you practice in elaborating all kinds of information in a relaxed way.

One reason people struggle to learn boils down to the failure to organize the information in terms of time and how they enter it into their minds.

But as I discuss in how to memorize a textbook, you can easily chunk (or group) related information in a highly efficient manner.

This approach uses the Memory Palace technique, which you can learn for free by taking this course:

In just a few hours, you’ll have a complete strategy for placing information into you mind so that you can use what I call “Recall Rehearsal.”

In other words, this is the ultimate course in elaborative rehearsal. And it’s yours. Free.

The best part is that it helps you master all of the stages involved in elaborative rehearsal. The amount of maintenance needed will go way down in most cases, for example.

Of course, the number one thing we all want is for the learning process to be fun and easy.

The best way to do that is to train your procedural memory to run through these learning tasks on its own, without you having to do anything.

One of the finest ways I’ve found for doing this is to keep a journal in a particular set of ways.

Journaling has been shown to improve memory time and again.

For example, researchers have found that it reduces unwanted thoughts. That keeps your mind free and clear so that you can pay attention and focus on what you want to learn.

Another great aspect of keeping a journal or diary is that it can help you schedule when to perform elaborative rehearsal in the ways we discussed today.

Are you ready to get out there and elaborate everything that you want to learn?

Remember, it’s as simple as connecting, questioning, applying color and organizing the info in your mind with tools like the Memory Palace.