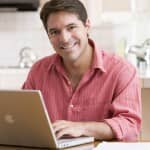 A regular contributor to our thinking about vocabulary memorization wrote the following in response my message from yesterday titled “The Great Spaced-Repetition Software Hoax.”

I used super memo to greatly expand my Spanish vocabulary, but I used mnemonics linking the sound of the foreign word to the meaning, in the void of course but at least I used mnemonics. I created my own Spanish vocabulary on super memo of 15k words. Worked rather well. Of course this does not mean that the loci system would not have worked better. Indeed I think it would have been better for reasons we have previously discussed.

But whether one uses mnemonics or not, one cannot escape Ebbinghaus , so for this reason spaced repetition makes sense as an aid to long term memory.

The Supermemo program is not as user friendly as some of these spaced repetition programs, and the files have to be repaired often or else they will corrupt, but I like the super memo algorithm better than Anki. Anki is more user friendly but seems to remind one too early early on, and too sparsely later on.

So I thought the word “hoax” in your title was a tad extreme, since any program that follows the natural forgetting curve cannot be all bad. Your idea for incorporating the mnemonic in say side 2 is a good one, but one might as well have the meaning there too.

I say use what we know about the forgetting curve and use mnemonics too. I even have typed in my loci association with the item I am trying to learn within the spaced repetition software. In this way I have the English word and meaning on one side, and the locus and association on the other.

So I think it all depends on how one uses the software. There is an app called Flashcard Elite that uses the super memo algorithm that I find very useful. Of course if one is in country then conversing with the natives is probably what one needs to do, and one thus gets an automatic spaced repetition, though not quite as systematic as the algorithm would be, but probably more effective in the long run.

In all fairness, my use of the word “hoax” was a bit much.

My overall position on these matters is that people should use what works for them, and no one else can really decide on behalf of anyone else what does or does not work.

Nonetheless, my suspicion remains that we undertrain the mind with such technologies – or better said, we train the mind to expect that we have not memorized will eventually show up again.

While on the surface it might seem like the repetition is “teaching” you the material, it is also training one to rely on the appearance of the answer on a card or on a screen. This is the Dark Side of Pavlovian Conditioning.

To be completely fair, however, I have taken a few days to try Super Memo out for myself.

For the purposes of testing, I went with German and bought up a whole bunch of the programs to see how Super Memo arranges various levels of vocabulary.

Not entirely a waste of Cash and Memory …

It took me a while to get used to having so much information on the screen, and unlike some of the other programs, it is not set up as an index card that spins around.

There is no distinguishing one side from the other.

Rather, the “hidden” information, which in this case is the target word, appears below the definition at the request of the program user after taking as long as needed to sunder the word from “the void” (assuming one is not using a mnemonic technique such as the Magnetic Memory system).

The screen also shows the beginning of a sentence along with some synonyms. Both of these serve as either clues or red herrings, depending on the context and on the user. I eventually got used to it, but at first, this feature was a rather intense barrier to entry.

Although the photographs also give some clues to the word associated with the definition, they too can create false trails that lead the mind away from the target word rather than towards it. It is good that we see a category indicator, and it too is presented in the target language.

Here are some other elements I like about the program and how it works:

1. The German voices are decent. If you want to know how and why I can make such an assessment, check out the Story of How to Learn and Memorize German Vocabulary. It was my first bestselling memory book.

2. The vocabulary ranges from simple to complex.

3. They seem to be avoiding the overabundance of cognates that some language programs love to dwell upon (yes, one must know the cognates of the target language, but it seems that many of these programs overdo it in this area).

4. It is possible to use the program without repetition. This allows one to use mnemonics and then test according to one’s own whims, rather than those of an algorithm.

5. The example sentences do not include English translations. You need to read the example in the context of the target language (i.e. see it in use).

Here are my criticisms:

1. The screen is very busy with too many elements.

2. It does not encourage memorization using association (although one could make the argument that at some level, seeing the word in the contexts of word category, example sentences and synonyms is associating the language with the language, but that’s not the kind of association I mean).

This leads to the “hammering” effect that I spoke about in the first “Great Memorization Software Hoax” message from a few days ago. When I am forced to repeat something until I “get it,” I’m very tempted to lie just to get on to the next thing, which is a key problem with these software programs.

My friend and language learning expert Kerstin Hammes talks about this a lot.

Allow me to expand on this point.

One cannot remove these programs from the world of video games, in which unending reams of novelty are the ne plus ultra of user experience. I suspect that even with old fashioned index cards, the craving for novelty would be in evidence, but very much so when it comes to holding a piece of technology in one’s hands.

Also, when learning a foreign language and all of the example sentences are in the target language, what one hears is a lot of babble, especially if you’re new to the language. And since that will never get you to bilingualism, you might want to explore better methods.

I don’t know if you have ever trained dogs, but the quickest way to make puppy insane is to talk to him or her in complete sentences.

Here’s what we say:

Here’s what the dog hears (maybe):

We’ve embedded the new word we want the dog to learn in a field of nonsense words.

In some ways, that’s what this computer program does.

B) If we’re going to visit a country where our target language is spoken, it’s going to be even more intense than a bunch of words we don’t know squeezed into the space of a small screen.

All the same, I wonder if the immersion isn’t too extreme given the hammering effect of the spaced repetition, which on my version of Super Memo actually isn’t spaced at all, since it won’t allow me to proceed until I’ve agreed that I “know” the word.

5) With such an advanced bit of software, it’s something of a shame that each and every word isn’t “tappable” so that you can see the English definition. Again, we want to be immersed in the context, but it also seems cruel not to have a lifejacket anywhere in sight.

How can I redeem this bit of software?

By using the Magnetic Memory Method, of course.

Essentially, I’ve been treating it like a randomized dictionary and taking a second to pop the words I don’t already know into one of my alphabetized Memory Palaces. It’s great to see the words used in multiple contexts, but that’s nothing a decent dictionary won’t already do for a person.

Hearing the target word used in an entire sentence is great, but it also presents a danger, namely that it could very well distract the person from using a memorization method with greater finesse than the brute hammering of repetition.

On that note, auditory repetition may have its uses when it comes to learning the musicality of the language, though again, if you haven’t memorized the meanings of the words, the notes are but an empty shell. (Speaking of music, we’ve received a great question about memorizing music that I’ll be answering most likely tomorrow – stay tuned).

As for Ebbinghaus, brilliant stuff, and certainly one of his most interesting findings has been this:

Humans find it just as easy to memorize nonsense syllables as they do words with which they associate meanings. That’s very good news for people studying foreign languages.

But the beauty is that we can attribute meanings to those languages through the power of association and doing so makes them even more memorable. If you want to know how to remember things, association really is king.

So whether you use spaced repetition software or not, the goal should always be to actually memorize the material. The more you do that by using association, the tighter knit your pool of memorized words will be.