Does the Pimsleur Method Really Work? A Little, And Here’s Why 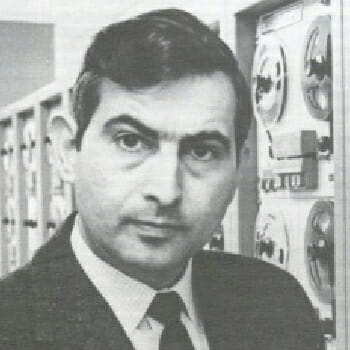 Paul Pimsleur wanted to language learning to be fun, interesting and engaging.

He spent much of his career finding ways to make language learning keep the attention of students without them needing to refer to a dictionary.

To do this, he focused extensively on the specific words and phrases his various programs involved.

He also included a variety of spaced repetition elements within short learning sessions.

We talk about shrinking attention spans now, but even back in 1972, one of his books suggests that students of that era could not focus on a paragraph with more than 200-300 words in it.

Since very little has changed for better or worse, many people still seek out and try the Pimsleur approach.

But what is it exactly?

And how can you know in advance if a Pimsleur language program will work for you?

In this Pimsleur review, I’m going to share my experiences with it as a learning and memory expert.

I’ll tell you why parts of his approach work and how to enhance those parts.

That way, if you’re going in cold, you can hit the ground running.

And if you already have a bunch of Pimsleur books or audio recordings kicking around, you’ll now be able to get much more out of them.

What Is The Pimsleur Method?

The Pimsleur Method accomplishes a few things at the same time:

Having read a few of Dr. Paul Pimsleur’s textbooks, I feel that he was a credible educational innovator. There’s some real genius in what he put together, even if it has several weaknesses.

The main weaknesses have to do with a combination of user error and “faults” common to all self-study programs:

The individual has to bring their own personal volition and mental strength to get through the lessons.

So whether you’re using one of the now dated Pimsleur textbooks (like the ones he made for Spanish and French) or an audio program, here’s the first thing to consider:

Are you mentally stimulated by reading books on your own or listening to audio programs in a quiet study place where you won’t be disturbed?

These are important considerations because that’s what the Pimsleur approach is:

A technique that involves you studying from a book or an audio program on your own. You listen by yourself and repeat words and phrases based on a kind of mix of spaced repetition and context dependent memory exercise.

This means that you could become quite good at “playing the game” while listening to the recordings and responding. But you won’t necessarily be able to read or speak the language in a real life situation.

And if you’re a learner who needs interaction with others, Pimsleur risks being incredibly boring.

But for what it is, the approach is definitely legitimate. It’s just not something that’s going to help you develop fluency for reasons we’ll discuss in a minute.

How Does the Pimsleur Method Help You Learn a Language?

The answer is that the Pimsleur Method doesn’t help you learn a language at all. And it can’t.

It’s especially weak in some cases because it’s almost purely auditory. Even if you go through the guidebook, it won’t help you learn the hiragana or katakana, for example.

It’s also weak because if you aren’t aware of how to supercharge it with mnemonics, you’ll quickly fall into rote learning.

But don’t give up hope because it can help you develop some basic vocabulary and pattern recognition quickly.

Let me share an episode from when I first started learning Chinese to show how specifically it helped me.

Instead of expecting the Pimsleur program in Mandarin to help make me fluent, I used it for some basic vocabulary and phrases. That realistic mindset is key: I approached it as a tool, not a magic bullet.

While listening, I actively engaged with the audio material by writing down a version of what I was hearing. Then, without resorting to Anki or flashcards, I memorized the material using a Memory Palace.

I next wrote out what I memorized from memory and took the material into lessons with language tutors I found using some of the best language learning software.

And yes, the Pimsleur Method helped me quite a bit as a source for some basic familiarity with Chinese. I previously used it this way for German too.

The Pimsleur Method vs Other Auditory Memory Techniques

This question is easy to answer:

Most Pimsleur programs are dated. They often give you phrases in situations that are much less relevant in the 21st century than when they were recorded.

This isn’t a total deal breaker. But Olly Richards has been doing amazing work by creating audio programs to accompany story-based language learning books that are very up-to-date with contemporary issues.

Benny Lewis has likewise been proactive in making sure his language learning materials include phrases that relate to modern situations.

Frankly, the datedness doesn’t devalue the Pimsleur Method that much. But it does make context a big issue that may discourage you because you’ll often meet native speakers who will tell you, “we don’t say it that way anymore.”

Plus, even for the words and phrases that are good, you’ll still need to use the Big Five of Language Learning no matter which audio source or reading textbook you use. 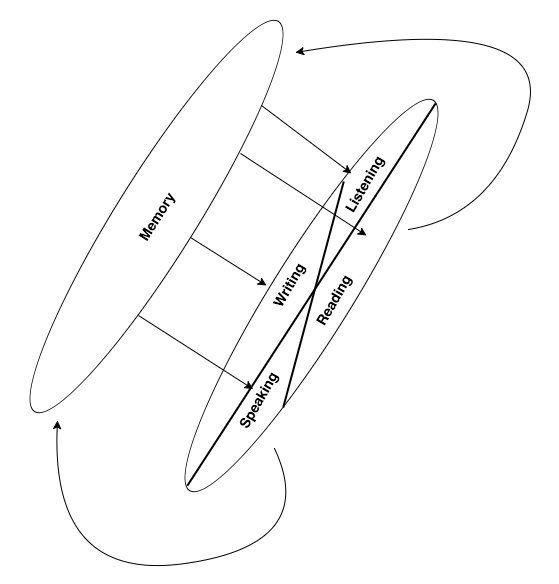 The Big Five of Language Learning is essential. It gives you a balance of all the activities needed to develop fluency in a language.

You’ll learn how to balance them all effectively in this tutorial on how to learn a new language fast.

The Pimsleur Method vs Other Memorization Methods

Technically, Pimsleur is not a memorization method. It’s not even a memory technique.

As Pimsleur wrote in Sol y Sombra, one of his still perfectly useful textbooks for learning Spanish, his goal is to help learners:

Although each of these things provide memory exercise, the approach is not mnemonic in the sense we mean in the Magnetic Memory Method Masterclass.

Don’t get me wrong. Pimsleur’s approach is effective. It’s just not a mnemonic strategy because it doesn’t involve elaborative encoding.

Having short study sessions and spaced repetition does involve some chunking, however.

But if you do want a memorization-based language learning strategy, here’s what I suggest:

Memory Palaces are useful in language learning for a few reasons. And they’re becoming increasingly popular since 3x World Memory Champion Alex Mullen and Mandarin Blueprint arrived on the scene.

Then you have my students like Sunil Khatri and Kevin Richardson, amongst many others, who have crushed their language learning goals thanks to this simple ancient memory technique. 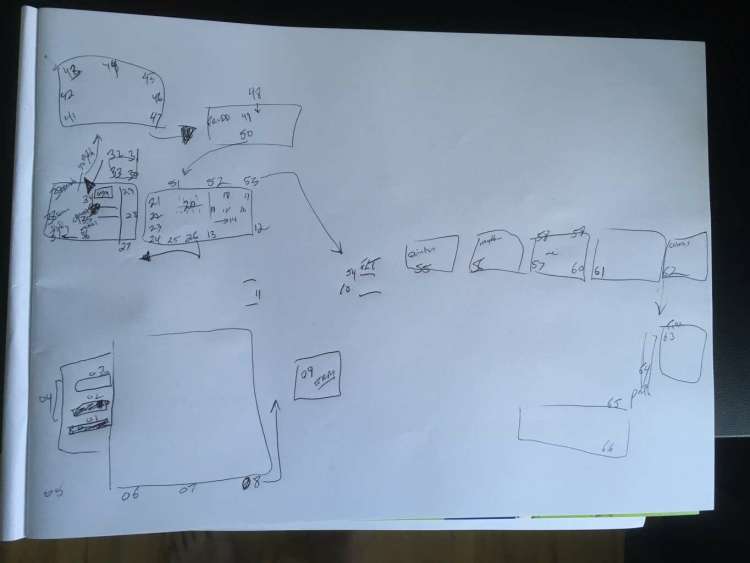 This pre-numbered Memory Palace example shows you how I prepared to memorize the Atma Bodha in full. I know the text and the number of each verse in an ancient Sanskrit text thanks to my favorite memory technique.

So what is it and how does it work for learning a language?

Basically, you associate words you’re learning with familiar locations. Instead of passively listening to the Pimsleur material, you mentally translate those words and phrases and “place” them in a bedroom or on a living room couch.

For example, when I first started learning Chinese, I used Pimsleur in combination with a library in Berlin.

The first sentence was, “Do you speak…?”

I created a mental image, something like Bruce Lee kneeing Hemingway with his shoes.

From there, you just add more images to learn an entire phrase.

As mentioned in the video above, I wrote out what I memorized from memory. This exercised my memory through active recall.

Pimsleur certainly prompts you to recall the information, but because it involves no memory training elements, you don’t form memories as quickly as you could.

And again, if you’re recalling only in the presence of a recording, you might do okay in that context. But it’s actually conditioning you to not be able to recall nearly as well in real life situations. You need to also practice recalling what you’re memorized with native speakers.

As much as I admire many of Dr. Pimsleur’s innovations, I feel that one of his motivations was patently false.

So many language learning gurus seem to think that students should not be using dictionaries.

I find this incredibly strange because dictionaries are sources of words and meanings. Why would you want to avoid them when you’re learning a language? 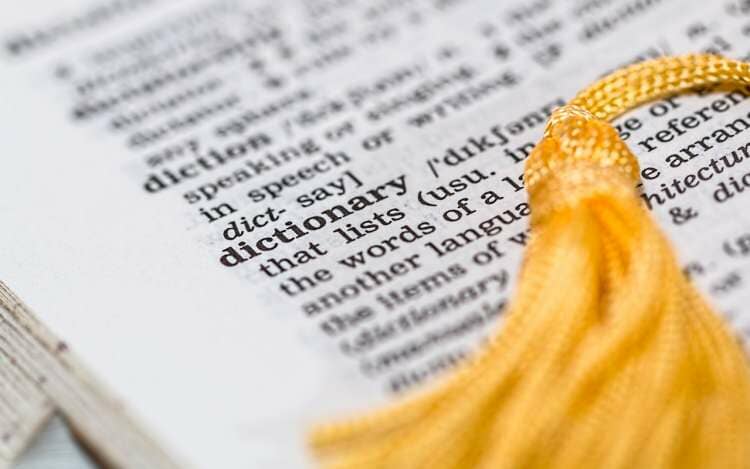 Not only that, but when you don’t know what a word means in your mother tongue, the dictionary is precisely where you go. Plus, if you want a variation on a word, you go to a thesaurus.

So the prohibition or deviation from using dictionaries strikes me as utterly false. Using a Memory Palace Network in combination with a dictionary is incredibly useful.

Besides which, Olly Richards’ books always come with a kind of mini-dictionary with key words in what you’re about to read or listen to. This kind of dictionary-esque feature has been with us at least since Wheelock’s Latin.

In a word, dictionaries work.

So, Does the Pimsleur Method Really Work?

As I hope you’ve discovered in this article, I think “Does Pimsleur work?” is the wrong question.

Pimsleur can be a useful part of learning any language.

But there’s no such thing as one source when it comes to learning any language. You need to combine a number of approaches.

And if you’re willing to book enough sessions with language learning partners, you could potentially skip it altogether. Frankly, there are so many free sources of words and phrases from so many languages these days, you don’t really need to invest in an old recorded program that this company has transferred to MP3s.

And that’s ultimately its biggest failing.

It has “crystallized” how a handful of native speakers pronounce the language. What you really need is exposure to a variety of speakers, which these days can be accessed easily within your Netflix account.

Plus, you need feedback from native speakers, especially when it comes to sharpening your verbal memory for sounds and meanings.

So although I’ve used the program twice for German and Mandarin, I learned far more by following the Big Five and spending time with native speakers based on memorization.

And if you’d like to know more about using a Memory Palace to commit mounds of vocabulary and phrases to memory quickly, grab this FREE Memory Improvement Kit:

It will help you rapidly commit essential words and phrases to memory from any source.

Or are you ready to update your approach for the 21st century with the most scientific and direct language learning methods available to you at a very low cost?