State and Context Dependent Memory: What You Need to Know 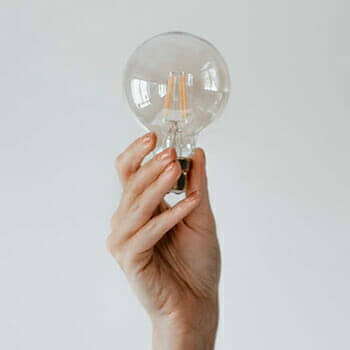 State dependent memory is a scientific concept that suggests a few simple things.

One of them says that you will pass tests better if you’re in the same basic condition during an exam as you were when studying.

If you forget something because you were drunk, getting drunk again is the best way to remember that fact.

Is there any truth to these ideas?

And should you bet your success in life on them?

As always, a proper answer has more than a little nuance to it.

And it depends on exactly what you’re trying to remember and the nature of the state we’re talking about.

Because at the end of the day, there’s more than one kind of context.

And when the popular media tells you about various scientific studies, they often leave out the laboratory context you need to make a proper decision.

Frankly, without state dependent learning, I probably never would have gotten my Ph.d.

What Is Context Dependent Memory?

By context, memory scientists means the state that you’re in when you’re either:

And by “state,” you can think of yourself as a lightbulb. You’re either on or off, in a particular state of “lights on” for learning or lost in brain fog.

That’s why this theory says that you’re much more likely to remember information if you eat bananas before studying, and then eat bananas again just before sitting for an exam. 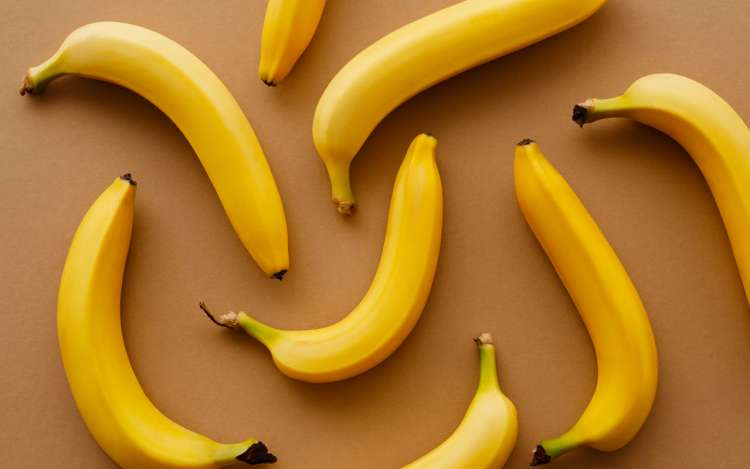 Or, as mentioned, it’s the idea that you might remember something that happened to you while drunk if you get drunk again.

This kind of memory and retrieval relies on what memory scientists call “symmetry.”

However, not all scientists agree that the theory makes sense. For example, legendary memory expert Robert S. Lockhart has argued that there are too many possible states to ever reasonably test the theory.

In Varieties of Memory and Consciousness, he pokes holes in the idea that “the alcohol-bathed brain” has a context at all. And he points out how, for example, Canadian and Americans may view vodka different, exposing the problem of memory biases to all kinds of contexts.

Here’s a simple example from my own experience back when I was in graduate school.

During those years, I struggle with clinical depression and anxiety. But after taking some classes that involved self-hypnosis training, I learned to relax myself.

Each time before studying, I calmed my racing mind by relaxing all the muscles in my body while using a technique called “pendulum breathing.”

It’s just one of several breathwork exercises I’ve learned and shared with you in this video:

When I went for my exams and ultimately to defend my dissertation, I recreated the same relaxed state I enjoyed during studying. I did this by relaxing my muscles and going through the breathing routines. I also used guided visualizations to help.

Achieving relaxation was easy, just by focusing on my body and breath while sitting in the chair.

And it did help me pass.

In fact, my confidence and how I accessed information was so noticeable that the head examiner gave me a compliment that I’ll never forget.

After I passed my dissertation defense, he said, “The only guy cooler than you is Miles Davis.”

I pulled it off because I was able to reproduce the relaxed state I had during my study periods while sitting for the most gruelling exams of my student career.

For example, it’s possible that if you’re in an accident, for a short while you’ll experience flashbulb memory that makes many of the visual details especially prominent. 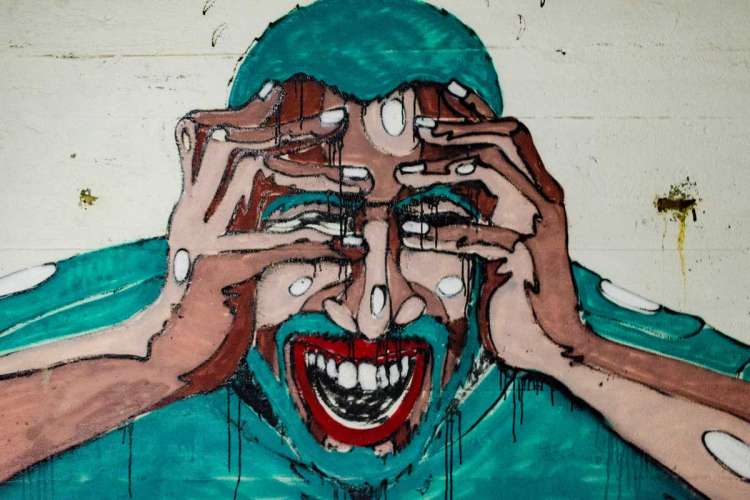 However, such enhancements do not necessarily translate to long-term memory. Indeed, false memory syndrome in courtrooms is a huge problem. The individual may still feel like the memories are vivid, but the accuracy may be altered or damaged due to memory interference.

Tip Of The Tongue Syndrome

We can also look at state dependent memory from a different angle.

Thought blocking happens, for example, when you try to recall something and come up blank. That, or you experience the Ugly Sister Effect, which happens when you can think of anything but the information you want to remember.

It happened to me just this morning. I was being interviewed on a podcast and I briefly couldn’t recall the name of a publisher I had worked for in the early 2000s.

This kind of “blip” happens to me more as I age, but instead of reacting badly to it, I remembered state dependent memory. I relaxed myself and let it go. A few seconds later, the information popped back into my mind.

The lesson for you is simple: Instead of getting frustrated when information evades you, relax into a confident state. It’s must more likely to help you remember things.

If you want to use this concept to help yourself learn faster and remember more, there are a couple of things you can do.

I’ve already shared ideas like eating particular foods while studying and then making sure you have the same foods in your system when sitting for an exam.

But when it comes to studying for finals or other exams, you also want to keep the complete digestive cycle in mind. Anything you eat within an approximately 72 hour digestion cycle can effect you, which is why I often take herbs that improve memory.  This creates a physiological “baseline” that keeps your state consistent and predictable.

Here are some more things you can do:

One: Study In A Variety Of Places, Especially This One

There are many excellent study locations you can choose from.

But as Scott Gosnell told us years ago on my podcast, you can often find out where an exam is going to take place. This allows you to use that location as a Memory Palace.

It also lets you get a feeling for the temperature, lighting, size of the space, how much it echoes and how much noise might leak in from the hallway. 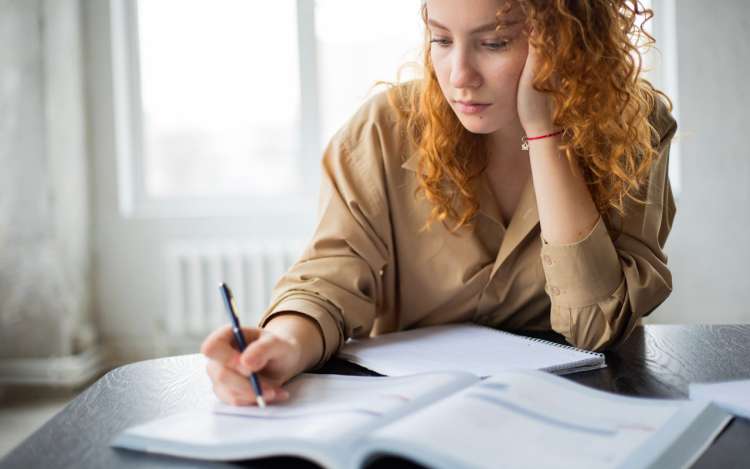 Having all of this knowledge up front means you won’t have any surprises when you show up for your exam. You’ll have more control over your state.

You’ve seen top performers and wondered how they pull it off.

But they are masters of controlling their physical and psychological states that gives them working memory and declarative memory benefits.

One technique they use to get into state quickly is called dedicated practice.

Other successful ways they establish states and keep in them involves behavioural patterns, like using the same brainstorming or journaling routines.

Many studies show that meditation and mindfulness improve your state. For example, these researchers found that verbal memory improved significantly for subjects after completing simple meditation sessions.

Personally, I shared my experiences with both in this TEDx Talk and in The Victorious Mind. Combining memory techniques with meditation saved my life (and saved me from many hours I used to spend in negative states). 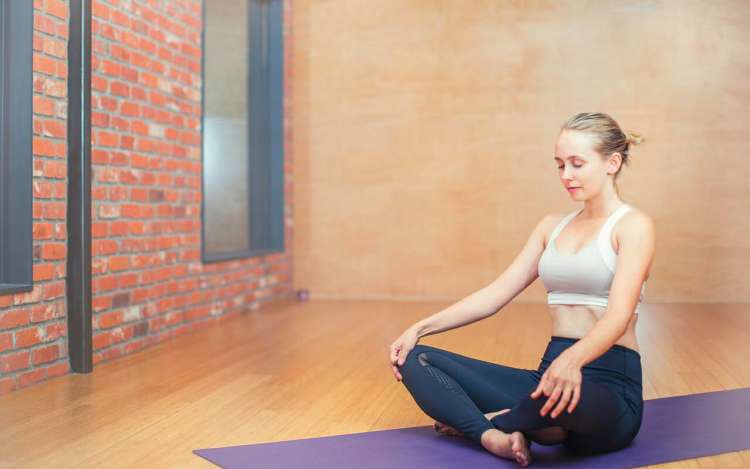 Concentration meditations will also help you access the benefits of being in positive states during both learning and recalling information. This specific approach involves routines designed to focus your mind.

I’ve already mentioned the Memory Palace technique. But there are many mnemonic devices and memory techniques you can try.

Many are ancient learning techniques that still work.

You can also use more modern techniques like flashcards and Anki.

Beware, however. These techniques can cause frustration and negativity because of how easily they make you fall into the trap of rote learning.

Proper mnemonics involve active recall, which has many positive benefits. They’re fun too.

It’s no secret that having reliable memory requires solid sleep.

And it pays to learn all about how sleep affects your memory. That way you can read happily for hours on end without falling into an unwanted nap.

So, treat yourself like the royalty you are and always prioritize your sleep. Personally, I go to bed at the same hour almost every night. 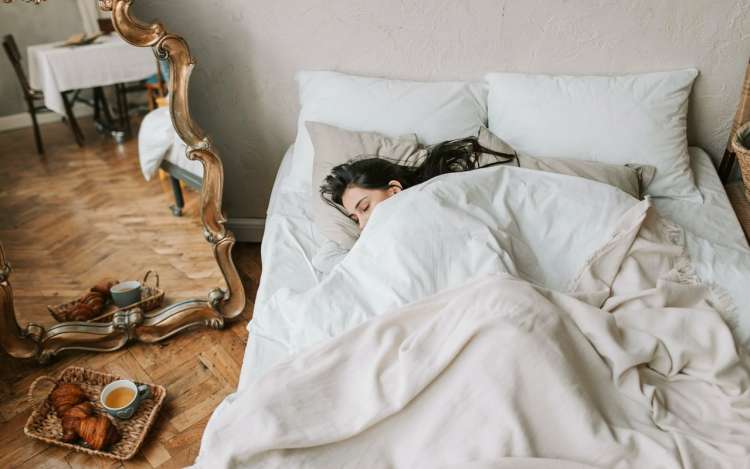 And even if I wake up early, I spend the same amount of hours in bed anyway. I find this very helpful to make sure that I’m getting rest even if I can’t get back to sleep.

Because state dependent memory has everything to do with how you feel physically and psychologically, it’s imperative that you live in a healthy body.

That means you need maximum flexibility and mobility. You need strong muscles and bones.

I have a gym at home and go out to the outdoors gym at least three times a week.

And although I have a lot of dietary issues, I make sure to get plenty of these foods that improve memory.

Seven: Give Your Brain Regular Workouts

Just as you want your body to be limber and supple to support excellent memory, you want a well-exercises brain.

There are many brain games for adults you can choose from. You can also play recall games using your childhood.

For my money, I prefer brain exercises designed for memory improvement and regular reading. Indeed, reading is one of the best ways to give both your short and long term memory a fantastic workout at the same time.

From my earliest undergraduate years all the way to my Ph.d., I took part in study groups.

The reason learning in this way helps state dependent memory is both obvious and subtle: 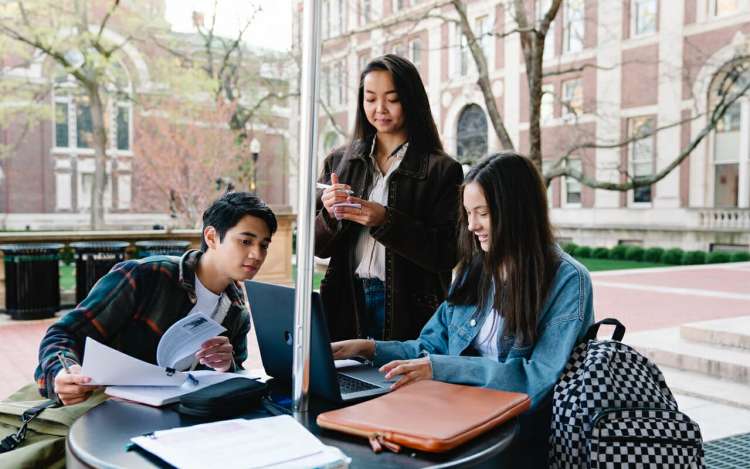 In our age of digital amnesia, studying and discussing with others is more important than ever before.

Most people can start improving their state dependent memory over night.

But it’s important to realize that other people might feel a bit rusty. It might take them a bit more practice to loosen up and start to experience the benefits.

This is why I started by sharing the relaxation and breathing techniques. They help get the “monkey mind” out of the way so you can focus on using more advanced strategies like memory techniques.

Sure, the method of loci might seem unfamiliar and even daunting at first.

But that’s the beauty of pulling new things into your context.

Before you know it, using a variety of techniques has become second nature.

And you’re in control of your state. On demand.

If you want more help in this department, get my FREE Memory Improvement Kit now:

These simple techniques will help you access multiple states from your past. And when you start learning how to remember by linking to things you already know, your speed of information retention will go way up.

Ultimately, the trick is to get inspired by the scientific research, but ultimately experiment with your own life as a learner. That’s what I’ve always done and it has helped me enjoy a tremendous life of learning for many decades now.

Are you ready to access multiple states and contexts to improve how you learn?