Thought Blocking: What to Do When You Lose Your Train of Thought 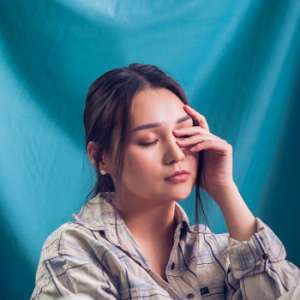 If you’re suffering from thought blocking, you might have experienced the following symptoms:

The causes can range from schizophrenia to simply having too much on your mind.

It could be a problem that requires you to seek medical attention.

Or it could be something you can fix right now using some techniques I’m about to share.

So if you’re ready to stop losing your train of thought, let’s dive in.

What is Thought Blocking?

“Thought blocking” is one of those terms used in different ways by different people.

In psychology, it’s often used in discussion of schizophrenia.

For example, in this study, drug options were suggested to help a mentally ill individual who continually lost his or her train of thought.

But in common parlance, some people think of the blocking thought process as an everyday occurrence.

It is indeed completely normal. And some forms of it may relate to something called The Ugly Sister Effect.

This experience happens when you’re trying to think of something like a movie title. But instead of the correct answer coming, your memory serves up multiple other possible options.

It’s named “The Ugly Sister Effect,” because these competing thoughts are like the “ugly sisters” who block Prince Charming from enjoying Cinderella’s charms.

Now that we know the different ways the term “thought blocking” is used, let’s talk about how to stop experiencing it. Or at least deal with it positively when it happens.

What to Do If You Keep Losing Your Train of Thought

The first thing I would suggest is to see a doctor if you’re concerned in any way about a health issue. It’s possible that you’re having a stroke, which can seriously damage your memory.

But assuming it’s not a health issue, here’s what I suggest. I’ve numbered these tips, but you don’t necessarily have to do them in this order. A lot depends on the exact circumstances.

One: Pause and Point Out the Issue

There’s absolutely no shame in calling a spade a spade.

In fact, there are many situations where you’ll garner more respect by pausing instead of babbling your way back to the point.

I’ve certainly had it happen that my mind went blank on podcast interviews. I’ve simply said something like:

“I’m very sorry, but I’ve just lost my track of something I want to say. It’ll probably come back to me in a second.”

By being willing to point out the issue and move on, everyone wins. 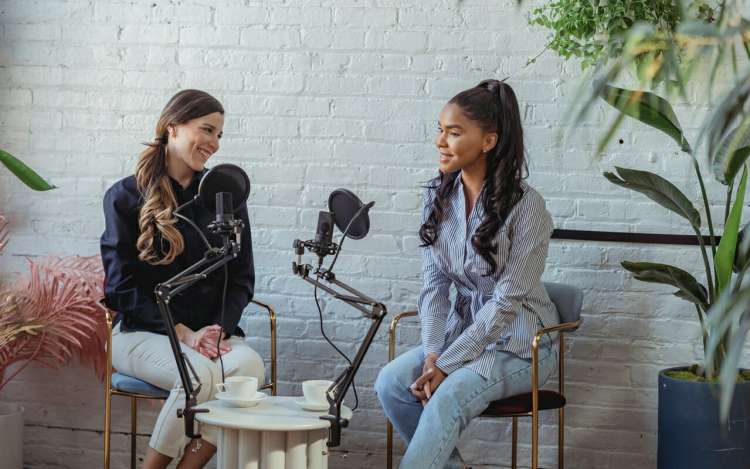 One thing I find helpful when I really want to get back to what I was thinking is to run through the alphabet.

For example, let’s say you’re trying to recall a name, but it just isn’t coming.

You can overcome this kind of memory block by starting with the letter A and carrying on through the alphabet to see if the target name comes up.

This doesn’t work all the time, but I’ve been delighted by how often it does help.

As a variation, you can think about other related topics. Instead of pressing yourself to find the name of an actor in your memory, start thinking about musicians for a few seconds.

Taking the pressure off the goal can help the info you’re looking for come to mind on its own.

Sometimes you just have no choice but to keep speaking.

Although my preference is to call a spade a spade on interviews, sometimes time is limited and you need to keep rolling.

You can say something after your thoughts get blocked: “Before I tell you about that, let me take a slight detour.”

Obviously, this technique is best used by people already experienced in speaking.

And if you want to get experience fast in this field, learn how to memorize a speech.

In fact, spending some time memorizing speeches or long form poems can help make sure that you’re not only a better speaker. It can give you lots of “detours” you can take if you experience a mental block while speaking.

The previous tips are good.

But even better is to train your memory regularly so you don’t run into such issues.

To be clear, they will happen to you anyway. But you can reduce the number of incidents. 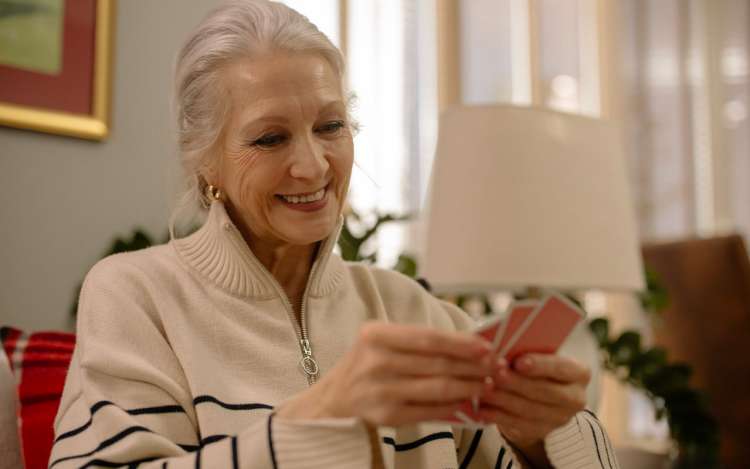 How to train your memory?

There are many ways. You can:

For best results, pick one practice and get in at least four sessions per week. More is definitely better when it comes to reducing losing your train of thought mid conversation.

Five: Learn to Be a Better Conversationalist

As Jim Knight suggests in Better Conversations, better questions happen naturally when we remember to be:

This final point is very important. Many people feel ashamed when they lose their train of thought.

But if you’re willing to forgive yourself – and others – when thoughts suddenly disappear into thin air, you can simply just enjoy being with your interlocutors.

As we’ve seen, the exact definition of thought blocking is flexible.

And that means you no longer have to label yourself as a person who loses their train of thought.

You now have strategies to draw upon and practices that can help you avoid the issue in the first place.

And if you need more brain exercises, let me offer you my FREE Memory Improvement Kit:

This free program will help you complete some of the memory exercises I suggested today.

And you can use the tools I share to memorize endless facts, jokes and personal experiences that ensure you’ll always have something to talk about.

Are you ready to eliminate thought blocking from your life?