The 10 Best Herbs for Memory (#4 Can Change Your Life) 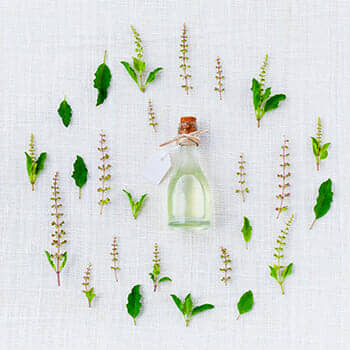 If you’re looking the absolute best herbs for memory, you’re in the right place.

I’ve been using herbal remedies for a long time and have discovered something life changing about them.

I’m talking about something better than increased focus and mental clarity.

I’m talking about the ultimate way to think about herbs that improve your memory and place them optimally in your diet.

Once I figured this simple truth out, many problems I was having completely disappeared.

Equipped with this knowledge, your issues will probably disappear too.

So if you’re ready to discover the truth about herbs for mental clarity and better memory, let’s dive in.

The 10 Best Herbs for Memory, Focus, and Brain Fog

As we go through this list, this point is really important:

You should also seek a proper medical opinion before attempting to optimize your diet.

Of course, we’re living in a time when personal experimentation is key, but as I learned during my carnivore diet adventure, it’s easy to make mistakes that can take a long time to heal.

And those mistakes can lead to issues that impede the memory improvement you’re hoping to achieve.

That’s why you should apply this information with caution. And it’s why my ultimate pick for the best memory, focus and concentration herb is so key.

With that in mind, here’s a powerful list for your personal research and experimentation guided by a medical professional who cares about your health.

Bacopa monnieri goes by a few different names. You might see it called herb of grace, Indian pennywort, water hyssop or just bacopa.

Although studies have shown its promise for improving cognition and memory, other studies show that its results are short-lived.

It’s also important to take care because if it is grown anywhere near industrial areas, researchers have found that bacopa tends to absorb cadmium. This substance can cause kidney damage, amongst other health issues you’d rather not have.

So if you’re going to take this memory supplement, make sure you know exactly where it is grown to ensure it isn’t carrying toxins.

Also known as Yuanzhi, Radix Polygalae has been shown to protect neurons. It has antioxidant properties and has been used in Traditional Chinese Medicine for a long time.

It also helps with insomnia. Because sleep is essential to well-functioning memory, it’s worth looking into.

Other studies have found that this herb works well in conjunction with acupuncture. Although many will find this notion controversial, I’ve personally experienced relief from a combination of herbs and acupuncture that Western approaches failed to help.

I’ll explain more in a moment why this experience has been so essential to my memory.

People often cite chocolate as being better for memory, which it is.

However, studies have shown that it’s often best for certain kinds of memory and for certain age groups. For example, this study found dark chocolate especially helpful for young people when tested against white chocolate.

It’s important to note that the chocolate helped their episodic memory in particular.

This finding raises an important point. When we talk about “memory,” we’re really talking about many types of memory. When seeking out herbs and other supplements, it’s important to keep in mind you might not notice improvements because you’re expecting to remember specific things better. 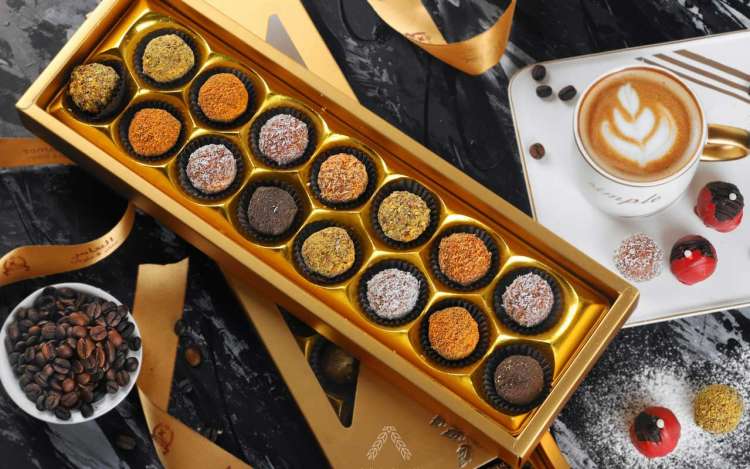 Note that chocolate and any substance with caffeine will boost your focused attention. That’s one reason why it’s not a bad idea to take chocolate if you’re studying for finals.

However, the chocolate really needs to be dark and you have to make sure that it wasn’t cooked at a high temperature. As studies have shown, all kinds of storage factors affect how well chocolate works for better memory and attention. How the chocolate was prepared matters too.

In case you’re wondering, I eat 100% dark chocolate from the Noosa Chocolate Factory exclusively. It is excellent.

General memory boosts from chocolate or any other herb aren’t likely to do that. For specific improvements to how you recall information like names, you want to use memory techniques.

Used for centuries to enhance mental performance, there are few reasons this herb works for memory. The reasons include stress and pain reduction.

When you can reduce stress and pain, you instantly improve your memory because your ability to pay attention goes up. You’ll have a much better life in so many regards as a result.

With pain and stress out of the way, you’ll also be able to use techniques like the Memory Palace much better.

Look into this one and check with your doctor if it might be something you can try. Its use for treating mental fatigue has shown few, if any side effects.

There’s a fierce Forbes article deriding ginko biloba’s promised effects. The Mayo Clinic has shown conflicting results. Yet other studies have shown some benefits for issues like Alzheimer’s disease.

I’m including the substance in this list for one simple reason:

In Chinese medicine, specialists rarely use Ginko Biloba in isolation. It might help with blood circulation abnormalities as well, which have the potential to help with memory and cognition following a stroke.

As with each of the herbs for clarity covered on this page, it’s best to seek professional advice and not necessarily rule it out. Also, if you do see a Traditional Chinese Medicine specialist, make sure they explain how it interacts with the other substances they’ll combine it with and that they’re aware of every medication you’re taking at the time.

The idea that rosemary can improve your memory goes at least as far back as Shakespeare. Some scientists now think he was right.

In this case, however, it seems like that it’s the smell of Rosemary that helps. And as one study has shown, it might be an effect for young people yet again. In this case, researchers found that it was working memory that exposure to rosemary improved. 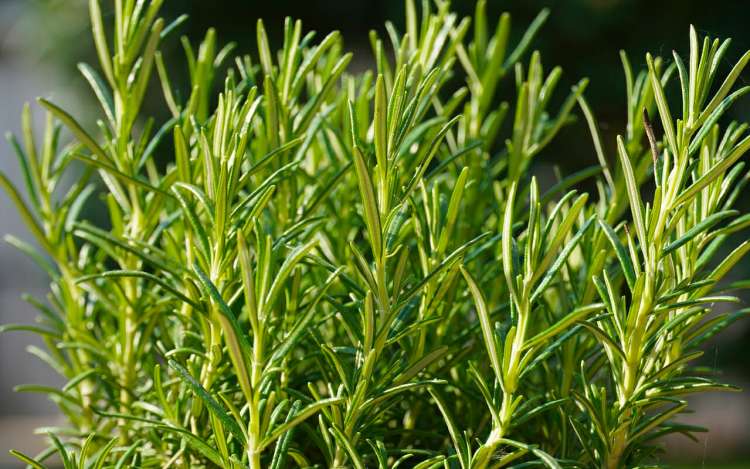 If you like the smell, why not experiment with having some around? This is perhaps the most risk free memory herb you can try.

All you need to do is get a bottle, open it and keep it somewhere near your favorite reading spot.

I mentioned the Memory Palace technique above. It draws upon your spatial memory.

One herb that may help improve this specific aspect of your memory is Maritime Bark Extract. It’s actually the Pyncogenal in the bark that studies have found so useful in both human and animal trials.

This herb is especially noted for improving cognitive ability, likely due to its antioxidant effects. This one has to be taken as a pill to isolate the dose, but apparently you can get trace amounts by eating peanut skin, grape seed extract and witch hazel bark.

Saffron or Crocus Sativus is one of many substances found to be helpful against vascular dementia in studies like this one.

This substance has also proven to be useful for spatial memory and learning.

A word of caution, however. Saffron can interact poorly with other medicines and should be taken only after consulting with a doctor.

Although some people take it in tea, I prefer it mixed with rice or as part of a vegetarian stew.

Although not directly related to memory, lemon balm has been shown to reduce stress and improve cognitive function.

As another study found, it has also helped improve sleep, and rest is know to create greater alertness and retention.

Another study found that memory improved in individuals three hours after consuming lemon balm. The best part is that this herb has antimicrobial qualities and can help boost mood.

My favorite way to take lemon balm is as a tea. The trick is to use a jar or cup with a lid after you pour in the hot water. That way, the essential ingredients don’t float away in the vapour.

But chances are you’ve eaten and enjoyed seaweed, especially when going out for Japanese food.

Different kinds of seaweed, including kelp, also potentially improve memory. Check out this study for some specific “salad from the sea” that can help you improve your mind and memory.

Also exciting for people like me are the potential pain reducing effects of seaweed. More studies will surely appear, but the point remains the same: the freer you are from pain, the more you’ll be able to focus and concentrate. Paying attention better instantly helps you remember better overall. (Though you still need mnemonic devices to memorize information thoroughly and completely.)

Herbs For Brain Fog Vs. Herbs For Focus

One of the problems we all face is that we’re always trying to add things to our diet to reduce our problems and increase our memory.

But when it comes to brain fog, you also want to think about eliminating certain things. Now, it’s impossible to do that without risk, which is why you need to experiment carefully with the best possible advice.

As I shared above, I tried the carnivore diet seriously. Although it helped my focus and concentration tremendously, I wound up with issues worse than the ones it initially helped with.

Now, I have to have the dairy I initially took away. But thanks to many of the herbs we’ve discussed today, I’ve been able to get back to a state of focus. Even though dairy is not that great for me when it comes to reducing brain fog.

The lesson I’ve learned is to keep changing things and not give up.

Ultimately, it’s important to see herbs as a means of reducing the pain that breaks your focus and concentration.

To really improve memory, the brain needs a variety of mental exercises and activities like memory games.

Plus, you’ll want to use the best memory techniques we’ve learned from our ancestors.

I’ll tell you what. We’ve talked about a lot of information today and if you’d like to remember it better, sign up for this free course:

You can use the technique in it to remember any number of details related to herbs and how they interact.

Even better, you can apply the technique to all kinds of info related to foods that improve memory at large.

The holistic picture is important because herbs are not staple foods. They are supplements. You need a core diet that works for you so that the supplements can do their work in the highest possible way based on foundations.

Once you have a core diet worked out, you can explore even more herbs said to improve memory, including:

The trick is to make sure in your personal research that you’re looking at studies involving human trials. So many other people are making decisions based on tests done only on animals.

And as we’ve discussed, you need to know the source of the herbs you choose. All too often, regulators don’t enforce location requirements and people wind up eating foods that are good in principle, but made toxic due to proximity with industrial waste.

I hope this list of herbs – and more important the ideas about how to think about and incorporate them into your diet – has helped you out.

Enjoy improving your memory and just shout out if you have any questions along the way.