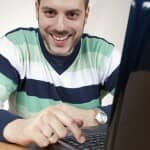 I got a great question earlier today about spaced-repetition-memorization:

Hey man, I know you’re into using your mind and all of that, but if you had to recommend some kind of software, do you like Anki or Mnemosyne better?

First off: you’re right. I am into using my mind. I’m into you using your mind too.

I really wouldn’t want to spend any time ranting and raving against the use of spaced-repetition software.

As those of you who have been reading Volume 1 and Volume 2 of this newsletter know, I’m pretty well cool with whatever people want to do, so long as it gets them results. 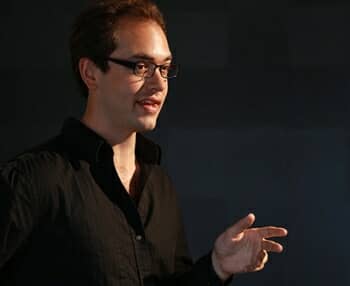 There’s no doubt in my mind that pure mnemonics is superior to any and all forms of rote learning, technology-assisted or otherwise.

But, I also know that getting started with memorization techniques requires time and effort and even passion.

Not everyone has both of these elements in play. Worse, a lot of people are relying on ineffective language learning courses.

And they’re not having fun with mnemonics, like my friend John and I discuss here about bringing language learning and music mnemonics together.

That said, I’ve tried both of these software programs and they most certainly do what they are designed to do.

Each software has its own style, but they share the basics in common:

The idea here is that more exposure leads to greater retention – if you need it.

I’ll admit to you that when I first started with German, I used the “Before You Know It” software, which works in precisely the same way.

I’ve also tested a variety of softwares for Mandarin Chinese, just to see what they offer.

I can’t say the time spent was entirely useless, but …

In addition to being the equivalent of banging words into your skull with a digital hammer, there are many problems with software like this.

And they have never helped me memorize Chinese poems, for example. When learning a language, focusing on lyrics and poetry can be very rewarding and it has helped me a lot over the years.

First of all, this kind of program usually only works if you are learning multiple words at a time. The more you stuff into the, the more material you’ll exposing yourself to without necessarily learning it.

Use a Memory Palace to memorize one word and a time, then use the same Memory Palace to go back and add a phrase. My student Amanda Markham talks about how she did exactly this for an Aboriginal language using the Magnetic Memory Method.

You can set it to test you on just one word over and over again, but then… you’re not really getting “spaced repetition.” You’re getting (depending on the software) patterned exposure that might create pattern recognition first, and possibly some memory second.

In essence, such software trains you to look at a word and then maybe you remember it before it gives you about 3 or 4 other words that you may or may not become familiar with before returning you to the initial word and testing you on it.

This is called digital overwhelm, something that can lead to Digital Amnesia. You can easily superboost your mnemonic creativity quickly without courting either of these problems.

But on most language learning and spaced-repetition apps: You’re rarely encouraged to actually learn the word, let along memorize it.

And on some of them that have made improvements over the years: They’re cluttered with coins, diamonds, levels, badges, cartoon characters and advertising that interrupts any memory you might have gained.

Seriously, in an environment like that, especially if you’re at all new to the language, you may as well be trying to distinguish snow flakes.

When using software like this, you’re not learning. You’re encouraged by a machine to not really pay attention to the word at all, but to help them generate ad revenue.

And when you do recognize words, assuming you’re following up with the Big Five of Language Learning, maybe you’ll stutter your way into familiarity with it based on the whims of an algorithmic machine gun. Maybe.

Here’s something you can try:

Instead of putting your target word on one side of the card and the meaning of the word (in your mother tongue) on the other side of the card, take a moment to fashion a mnemonic and place it in your Memory Palace. Do this for ten words.

Then, when entering the word into Anki or Mnemosyne (I’m not really convinced that one is better than the other), put the target word on one side of the card and a description of the mnemonic you used on the other without including the meaning.

This is a way of using the AFT model and triggering response. It’s giving your memory a workout, instead of trying to force feed it.

If you’ve created your mnemonic well using the Magnetic Memory principles, then it will tell you not only the meaning of the word, but also how it sounds.

This way, if you’re going to pummel yourself with a digital, spaced repetition hammer, then at least you’re exercising two channels of talent at once: repeated exposure to the target word and extra practice at decoding your mnemonic in real time.

That’ll build you some mind muscles, I’m sure.

An alternative, more challenging and altogether more interesting strategy here would be to not include the target word at all.

In this case, you’re actually forcing yourself to repetitively produce the word from your memory without actually seeing it.

To make it faster, you can skip the spaced repetition software altogether and just use plain old fashioned index cards. You might even want to explore a Zettelkasten. Here’s an article about using the Zettelkasten technique written in English.

Why is this such a cool alternative to Spaced Repetition Software?

Because it resembles what you’re going to do when you’re in a conversation or when you’re taking a test and need to write in your target language without a dictionary or any other aid.

You’re going to need to sunder the target word in real time in the absence of the word. You’ll have nothing but context and your Magnetic Memory mnemonics to help you.

All of a sudden, these repetition software programs seem to have struck gold.

Use the power of software like this in a mature manner that respects the abilities of your mind, and you certainly can soar.

But just be cautious that the cure never becomes a poison, certainly not when its fangs strike on algorithmic autopilot.