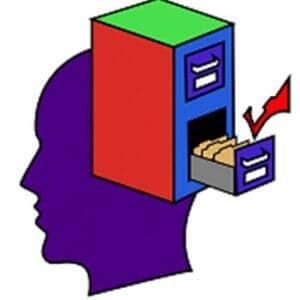 Ever heard the phrase “Work smarter, not harder”?

Well, what if there was a way to translate this idea into your memory improvement efforts?

Sure, there are a lot of apps and learning systems that promise big results.

In reality,  most fall flat as tools and memory aids. But there is something potentially revolutionary in the memory software world that I want you, the Magnetic Memory Method Community, to know about.

Today’s guest, Matthew Snow is the creator of the app, MemoryFiler.

A former Army serviceman, Matthew initially became interested in memory techniques as a way to better himself personally.

Matthew’s Memory Palace Software is highly personal, and isn’t a hack or a shortcut.

You’re still putting in the work, but it actually aids you in remembering your Magnetic Imagery. You do the encoding, and you make the associations. However, with this memory software, your images are at-the-ready for Recall Rehearsal as you work on committing them to memory to use in your work.

The Difference Between This Memory Palace Software And The Rest

That’s the difference between MemoryFiler and the flooded market. It takes your best efforts, your commitment, your encoding, and your imagery, and gives you a little boost, so that you can work smarter, not harder.

So if you’re looking for a way to maximize your imagery, and if you’re searching for a more high tech way to record that imagery instead of putting pen to paper – if flashcards simply aren’t a tool in your personal toolbox, listen up.

Simply press play using the audioplayer at the top of this page to discover: