How to Use Superheroes In A Memory Palace To Learn Faster 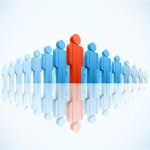 I don’t know about you, but I am always dreaming up new ways to increase the number of stations in individual Memory Palaces.

A lot of people write in and tell me that these methods are utterly impractical, convoluted and counter-productive.

I’m not bothered by such emails, nor am I discouraged. I’m an idea man and only share concepts that I’ve actually tested.

I’m also the sort who feels that 100 options are better than none.

The more options we have, the more we will succeed.

This effect happens because we are thinking from a strategic position rather than a reliant one. Never rely on a technique when you can leverage it. And when a technique stops producing results, rest or retire it.

But mnemonic skills rarely go wrong for those who understand, apply and practice the methods.

As I wrote in the first edition of the Magnetic Memory newsletter (grab it for your Kindle here) far too many people give up on a new skill after trying it only once.

In order to avoid falling prey to this habit, you’ll want to check out the material about giving it the good ol’ college try in that first newsletter, so please don’t miss it.

A lot of people have talked about using different parts of the body to store information.

For example, if you think of your own head as a Memory Palace, you can build a journey with a large number of stations in the following way:

You can then work your way around the entire body, but if the minuscule body parts are too detailed for you, try scaling it down. For instance, you could proceed like this:

Now, I don’t know about you, but I only have one body. It’s not exactly ambidextrous, but close enough.

However, other people have bodies too. Including superheroes.

You’ve got a Memory Palace in your house. You’ve got a bookcase, either real or imagined. On the first shelf of that case stand:

If each of these had ten (or more) stations each, you can imagine that your individual stations would pile up rather quickly.

As for how to actually use the body to place your associative imagery, this will take some personal experimentation.

For myself, I just use the ear or the nose, for example, as a place to “hover” my imagery.

They are little more than locations along a journey and it is more important for me that they are there as concepts than as actual locations.

The whole point of the journey is that we can proceed from place to place without thinking about what comes next, so by deciding in advance to always start with the head, it’s a relatively simple matter to wander around down the body from there.

If you’re an experimenter, give this method a try and let me know how it works for you. And if you want more help, my bestselling online memory courses will give you good guidance.

2019 Update On Using SuperHeroes In Your Memory Palace Network

Since originally releasing this post on October 7th, 2013, a lot has happened in the Magnetic Memory Method universe.

One of the most exciting is the launch of the Magnetic Memory Method Mastermind group (invite only).

This group has helped many people discover how to study fast and use some very advanced Memory Palace Exercises.

Adolfo comes to mind as I update this post because he had a very cool idea after I released a special training on using the body as a Memory Palace.

Just look at his reaction: 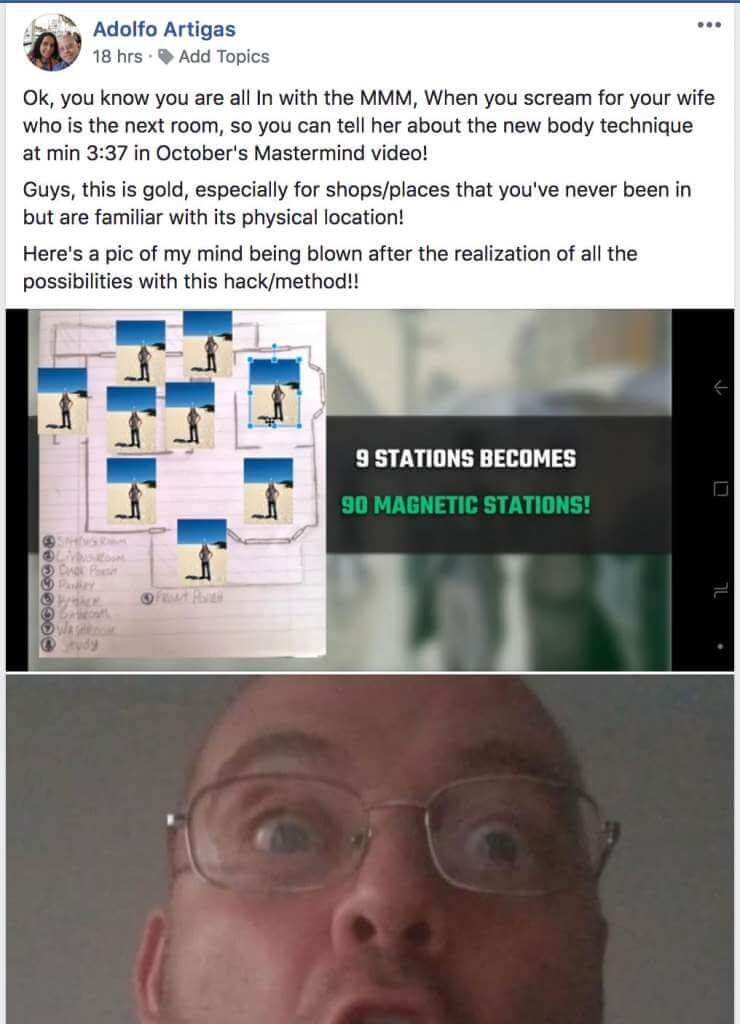 I love Adolfo’s enthusiasm, but more so his ideas.

After going through this training he came up with a cool teleportation technique.

Basically, he uses Superheroes in his Memory Palaces and jumps from MP to MP through their utility belts.

How cool is that?

There really is no end to the great variations you can come up with the more you study and learn these memory techniques.

What are you waiting for?