10 Best Languages to Learn (And Why) 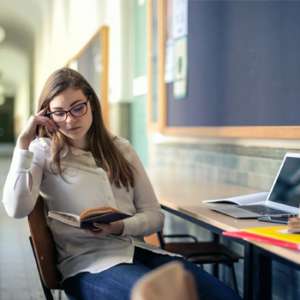 When it comes to the most useful languages to learn, choosing can be tricky.

After all, knowing as many languages as possible is itself useful. It gives you much broader insight into human experience.

But there’s also only so much time in the day for learning languages, let alone using what you’ve learned.

So to help you pick the best language to learn, let me give you some of my best tips from two decades of studying different dialects from around the world.

Thanks to technologies like Zoom and Skype, it’s never been easier to find native speakers who can teach you just about any language you want to learn. Even Netflix is an incredible tool that can help you boost your fluency.

But when it comes to the absolute best language?

Check out these suggestions:

However, when it comes to the amount of culture, history and philosophy even just a smattering of the language opens up for you, it’s hard to think of a better choice.

Plus, it just sounds so cool. 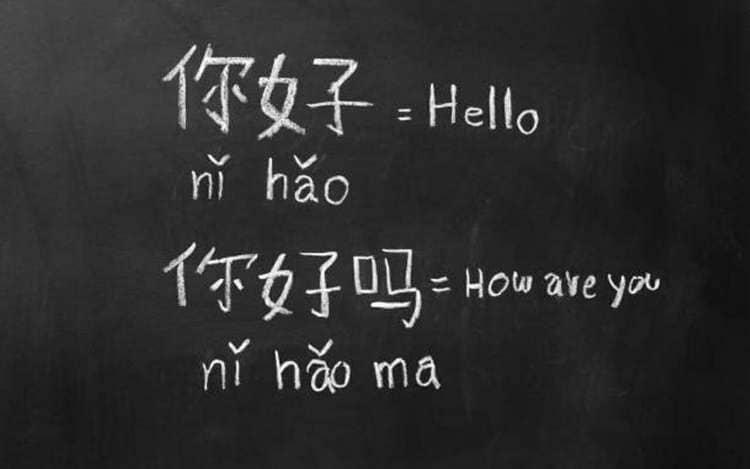 German is built to express just about any idea you can imagine. It’s one of the reasons why the language has dominated technology, philosophy and the novel. Just think Thomas Mann and Hermann Hesse.

It’s also a lot easier than many people make it out to be. If nothing else, its quirky grammar rules make it fun and interesting.

Spanish is fast and furious. It’s colorful too.

Even better, learning it will help pave the path to learning French and Italian if you choose.

Plus, if you live in the US, knowing some Spanish opens up tons of career and business opportunities.

K-Pop is one thing, but how about that alphabet?

Some people say that the writing system makes the language easy to learn, but I’d also be thinking about the sheer fun of using Hangul on a daily basis.

Speaking of alphabets, Sanskrit has a gorgeous script.

Even better, you can read and understand vast amounts of ancient Indian philosophy when you read it. Some of the best thinkers have written their books in this language.

When it comes to topics like philosophy, let’s throw in math and science. Arabic gives you access to some fantastic material written on all of these topics.

Not only that, but you will be able to talk with fascinating people around the world. It will also help you understand the Quran.

At the time I’m writing this, an entire nation, along with its culture and language is under attack.

Although I’ve learned only a little of this language, it’s obvious that it is a pathway to learning many other Slavic languages.

It sounds beautiful too.

The language of love, right?

Yes, but also art and philosophy.

Plus, there are several kinds of French you can choose from. Canadian French sounds especially cool.

Learning any indiginous language is a good thing, frankly. And with Navajo you’ll enjoy access to a deeply interesting culture and worldview that can only be expressed through this language.

You may be challenged to find teachers and learning material in this language. But things are turning around as people wake up to the problem of what David Crystal has called language death.

People take learning Klingon seriously, and they’re fun to be around.

Or you can choose any of the other constructed languages out there. They will teach you a lot about how language works and you’ll be part of an exclusive community. 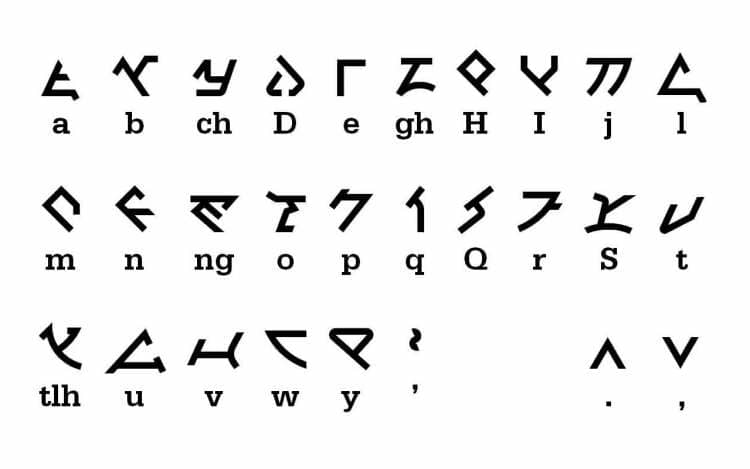 How to Pick the Most Useful Language for You

The best language to learn is the one you’re going to use.

And the point really matters because many people dream of learning languages with no action plan for how they’re going to use them.

But none of that equates to the beneficial outcome of actually using the language.

With this point in mind, here are some suggestions for how to decide which languages are the best for you.

When it comes to being able to use a language, think about the size of the population and where you’re going to travel.

In Scandinavia, you have relatively small countries with small populations. By all means, learn Danish or Norwegian. But just realize that you’re not likely to bump into many opportunities to use those languages.

German, on the other hand, is a language I hear often, even in Australia. This is simply because there are at least 3 German-speaking countries.

And because I know varying amounts of material from each of these languages, I’m able to use them even when I’m not in countries where they are spoken. This is obviously hugely beneficial.

For one thing, the language remains alive in memory because of these opportunities. For another, when traveling to Europe, these countries are so big, they are almost certainly going to be on the travel plan. 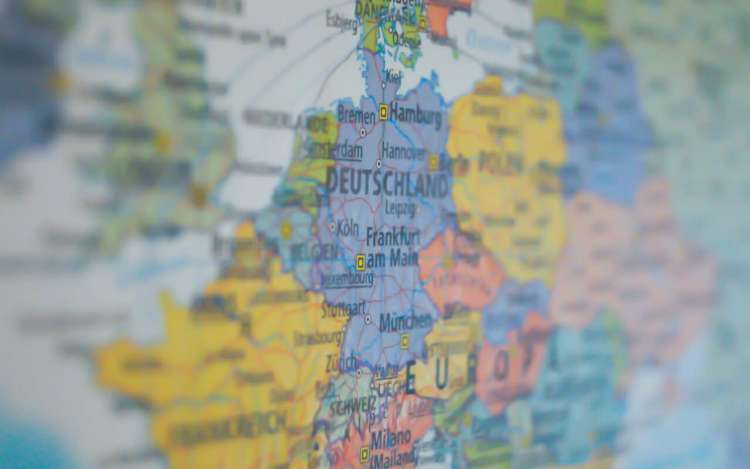 Of course, sometimes using the language comes down to family.

For example, we speak Mandarin at home. There is no other place I go where I need or want to use the language.

Likewise, I study Sanskrit for personal fulfillment. Literally the only place I use the language is in my own head.

Given all the disruption and division in the world lately, I highly recommend that the top languages to learn are the ones that will bind you closer to your loved ones.

Or, choose a language that will fulfill you deeply. Many of my students memorize scripture in the original languages for personal edification.

It’s relatively easy to determine the best languages to learn for business from a purely economic standpoint.

Just think about how much you want to make, perform a market analysis relative to your skills and start learning.

The only trap here is that life isn’t all about financial gain. You’ll want this occupational choice to take personal fulfillment into consideration.

For example, I know a few friends who wound up in Germany and are now forced to speak a language they don’t really love. In reality, they could do their jobs elsewhere, but due to sunk cost fallacy, they’re stuck.

If you, like me, hold philosophy as important, knowledge of the languages certain ideas were originally expressed in matters a great deal. 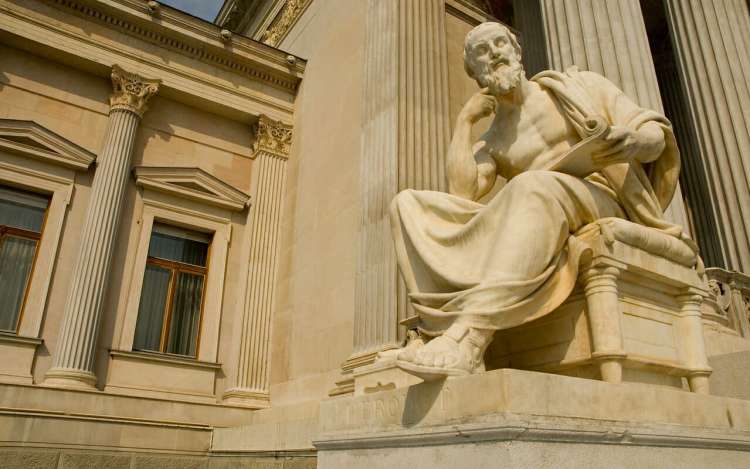 For example, I use Nietzsche a fair amount in some of my programs. It’s tremendously useful to quote him in both German and English. Then, when I explain why English speakers translate him as they do, it unlocks even more understanding for the learners.

If you’re a lifelong learner, you’ll want to consider the languages involved in what you want to learn. Pick the one most likely to deepen your understanding of the topic.

The Truth About the Most Useful Languages

Each person needs to think about their priorities.

Because no matter what I or anyone else might think is the best language, if it doesn’t fit your needs for fulfillment or career advancement, it’s probably going to be a dud experience.

Of course, we sometimes need to go through a few such experiences to realize that we don’t want to learn a language.

For that reason, don’t be afraid to try a few on for size. There are a lot of benefits that come from being able to understand even just a few words and phrases in different languages.

And if you want to memorize words and phrases fast, please grab my FREE Memory Improvement Kit:

It walks you step-by-step through a fast, easy and fun method for learning anything that has been scientifically validated over centuries.

It’s based on the Memory Palace procedure and a few other techniques related to using Memory Palaces specifically for language learning.

That way, if you do wind up trying out a language that ultimately isn’t the “one,” you’ll be able to rapidly pick up words and phrases in the next one you choose.

Or, you can use this technique to learn two languages at the same time.

Enjoy exploring the top languages to learn from around the world. They’re all wonderful if you ask me!