The “Major Method” or “Major System” for memorizing numbers is not called “major” because most mnemonists use it (they do). It’s given this name because history has tended to attribute the memory technique to Major Beniowski.

For more on its history, check out this YouTube Playlist, Get Good at Remembering Numbers:

As discussed in that first video, we now know that an earlier version of the Major Method existed, one invented by Aimé Paris.

This French scholar, renowned for his approach to number memorization, earned the honorable title “professeur de mnemonique”  from the Athenee University in Paris in the early 1800s.

In scientific literature, you’ll encounter terms like “phonetic mnemonic system” and “digit-consonant system.” These aren’t nearly as sexy as the “Major System,” so I recommend sticking with the term most people know.

I also recommended registering for my FREE Memory Improvement Kit and the free training videos that come along with it: 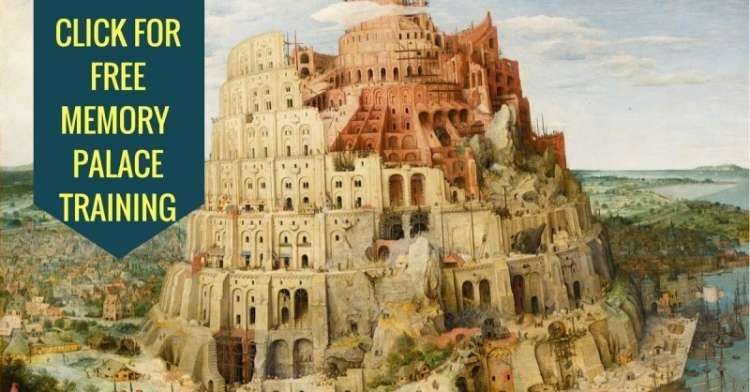 Regardless of its name, the Major Method works by associating numbers with sounds. Typically, each number is connected with a consonant. Most people use this pattern:
0 = soft c, s or z 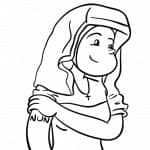 The next step is to combine the sounds you’ve made. For example, 22 could be “nun.” You simply add a vowel to the two letters to make a word.

Based on this principle, you can make a sound-word association with any number. This will help you memorize long digits, eventually equations, or even info related to Bitcoin and cryptocurrencies.

Take 235, for example. There are different possibilities, but “animal” is the first thing that comes to my mind. What comes to yours? 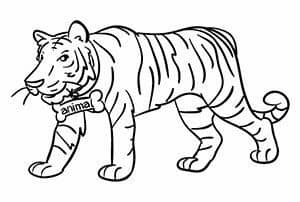 Add A Memory Palace To The Major System

Personally, I think that term is outmoded. It’s cool, sure, but people often mispronounce “loci” and I tend to think that even a small confusion like this turns too many people away from a method they would try if they could only encounter it in English.

That’s why I always use the term “Memory Palace.”

There’s a lot to say about creating Memory Palaces, but in brief, these are mental constructs you build in your imagination. You base them on real locations.

Or your church, your favorite movie theater or restaurant.

The important thing is to create a mental journey through the Memory Palace that is clear and crisp so that you don’t have to think about it.

The first time around, try to find 10 “stations” along your journey that you can come across in a linear manner. Do so without trapping yourself in the Memory Palace or crossing your own path.

Lots of reasons. For one thing, it costs mental energy if you’re crossing your own path.

And if you trap yourself, you can’t add more stations.

That sucks. You always want to be able to add more stations so that you can memorize more information.

(And for that matter, once you’ve built your first Memory Palace, build another. You can never have too many.)

There’s a lot more to the art of creating Memory Palaces, but these few basics will get you started.

Now that you understand how to use the Major System to make images from the association of numbers with sounds (like “nun” or “animal”), it’s time to store those images so that you can recall those numbers at any time.

We Need To “Magnetize” The Imagery

How do we do that? 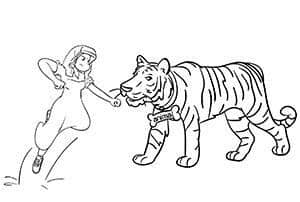 We turn it into imagery that is large and filled with zany action. Like how about having a nun attack a tiger? That would be pretty memorable, wouldn’t it?

Once you’ve done this, move to the next station in the Memory Palace and then memorize the next number.

Or perhaps it isn’t a number at all. Perhaps it’s a historical date that you need to associate with some information about certain political events. Like the Jay’s Treaty with Britain, or something like that.

By starting with that specific date (by now you can come up with a mnemonic image of your own), you’ll be able to “encode” the information in images and then revisit it whenever you want to “decode” it.

It is, and even works for memorizing music or even the zodiac. For these or any other purposes, please make sure that you also know …

How to Get Information Into Long Term Memory

Although you will increase your ability to memorize this information greatly by not only creating a crazy image and sticking it in a Memory Palace, you can and should  lock it down for the long haul.

You do this by revisiting the imagery several times.

It’s really easy. You’ve created a Memory Palace and you know exactly where to look for that tiger-attacking nun.

And if you’ve got ten pieces of information along that journey, it’s easy to travel it and decode each image. It’s almost like watching a movie.

I recommend that you revisit that journey and watch that movie you’ve created (making sure to decode the imagery and practice retrieving the information) at least 5 times the first day.

What To Do If You Have An Exam Coming Up

If you’ve got an exam coming up, I’d recall the numbers five times a day for a week and then at least 1-2 times a week thereafter. Do this for as long as you want to keep the imagery fresh and available.

It will probably still be there if you don’t perform this Magnetic Memory Method Recall Rehearsal, but you might have to fish around for it.

But if you’re serious about being able to recall the information, you’ll revisit it more than a few times to get it down cold. That’s just how the method of loci works best. Every good Memory Palace book stresses the same point.

And the best part is that you’ve done so without having to use index cards or any weird and boring stuff like that. The only time that it’s good to repeat information over and over again is when you’re using your imagination to do it. That makes both your memory and your imaginative abilities stronger and stronger.

Once you have the basics of the Major Method down, you might want to learn how to create a Person Action Object (PAO) or 00-99 system. For that, please check out The 3 Most Powerful Techniques For Memorizing Numbers.

These next-level techniques for memorizing numbers will then help you in other areas, such as human anatomy.

You can also think about using a Major System to help you memorize any book. Basically how it works is by having images for each page based on the page number.

For example, if you want to memorize a fact on page 75 of a book, you use an image built from the Major System to remember the location in the book. Then you use the page as the Memory Palace.

I did exactly this when I wanted to recall a point about episodic memory in Maps of Meaning. I turned 75 into John Cale and had him interacting with Freud and Shakespeare, who are related to memory science related to how we remember ancient wisdom.

Yes, you can do that too in every area, ranging from chemistry to physics, biology to computer science.

The trick is always to make sure that you have the systems in place so that you can rapidly encode either the numbers or the symbols that you see.

For even more advanced techniques related to numbers and equations you come across while reading, learn how to memorize a textbook next.