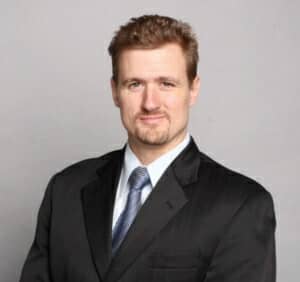 In this episode of the Magnetic Memory Method Podcast, Guinness World Record Holder Dave Farrow talks about developing focus, overcoming study fatigue and how advanced memory abilities can make you an expert in anything.

In this episode, you’ll learn:

* Why the Ancient Greeks are not the only source of powerful memory techniques.

* An amazing focus method for people with A.D.D. that’ll also work for anyone!

* How to beat any world memory record and maintain the information over long periods of time.

* The important of accuracy in memory and how to develop it fast.

* The important difference between a memory championship and memory competition.

* The nearly magical power of pegs as a powerful alternative to using a Memory Palace.

* The secrets of bring longevity to memory without having to cram or spend tons of time reviewing.

* A stunning and colorful alternative to the Major Method, especially for people with dementia using an arrangement like this (you can create your own version):

* Exactly how to memorize the Major Method (sometimes called the Major System) using “mnemonics for mnemonics.”

* How to use memory techniques to “fill in the gaps” of anything you missed from a lecture.

* How to deal with being accused of cheating when you use memory techniques to ace every test.

* How to rebalance your brain after intense periods of learning so that you can maximize every minute you invest in your studies.

* How to study with zero fatigue, no matter what field you’re in (medical, legal, etc.)

* The relationship between the focus created by athleticism and what you need to maximize your scholastic studies.

* Why having a short attention span has little to do with the Internet Age and everything to do with our primal ancestors.

* The best places to study so that you have the space and the freedom of mind to get the most out of your memory.

* How to combine focus bursts and mnemonics to blaze through learning a language – even supposedly difficult languages like Chinese.

* Why you need to avoid memory techniques taught by people unqualified to explain them.

* How to find out your primary way of making imaginative connections so that mnemonics work for you at the highest possible level.

* The power of irony, oddity and personification as alternatives to action and imagery in your approach to memorizing information.

* How Dave used memory techniques to become expert in everything needed to build the animatronic FarrowBOT with fully articulated hands. It truly is the robot that memory built.

* The secret keys to developing motivation and passion so that you can make maximum gains with your memory over the long haul. 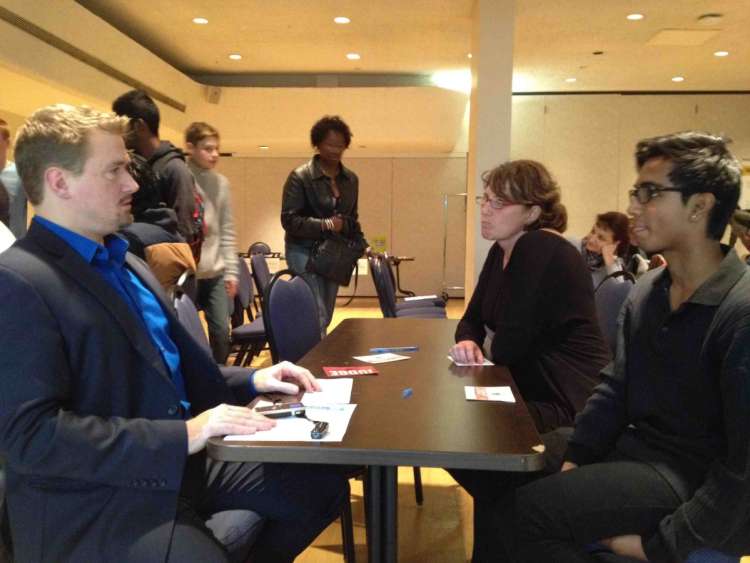 The 2015 Seminar and Memory Tournament took place on October 17th in Toronto, Canada at the Ontario Science Center.

Please feel free to read the full Tournament Rules. You can also grab the World Memory Tournament Manual Dave put together with Chester Santos for more information about being a memory competitor or putting together your own competition. 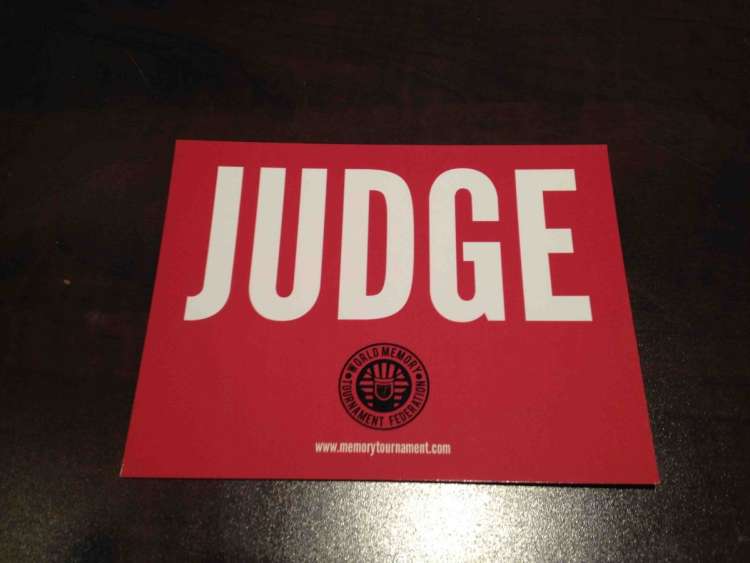 At the competition, anyone can take turns being either a competitor or a judge. It’s amazing how quickly complete beginners pick up the mnemonics and get stunning results just minutes after receiving instructions in how to memorize vocabulary, numbers and playing cards. Even the most skeptical utterly surprised themselves! 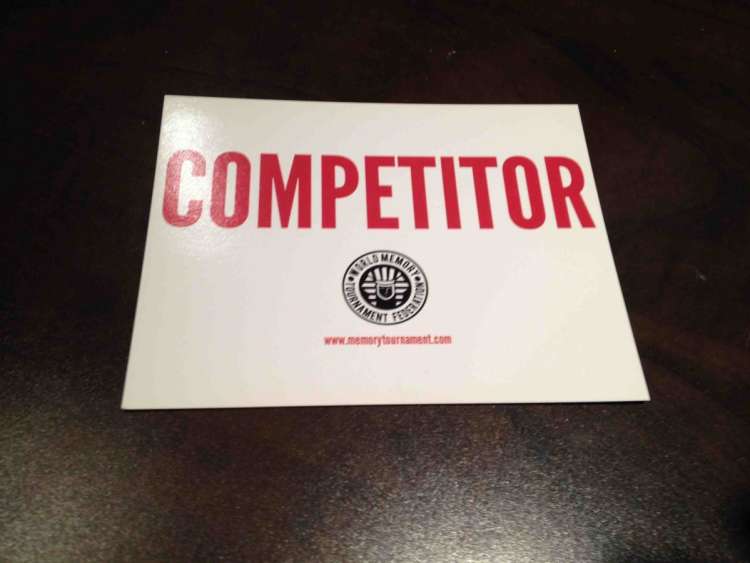 As you can see, I was having the time of my life overseeing some of the matches. It was actually a challenging experience because judges have to make some tough close calls. If one competitor makes a mistake, the other competitor can claim the point and then go on to rack up even more until they’ve exhausted the amount of vocabulary, numbers or playing cards they were able to memorize. 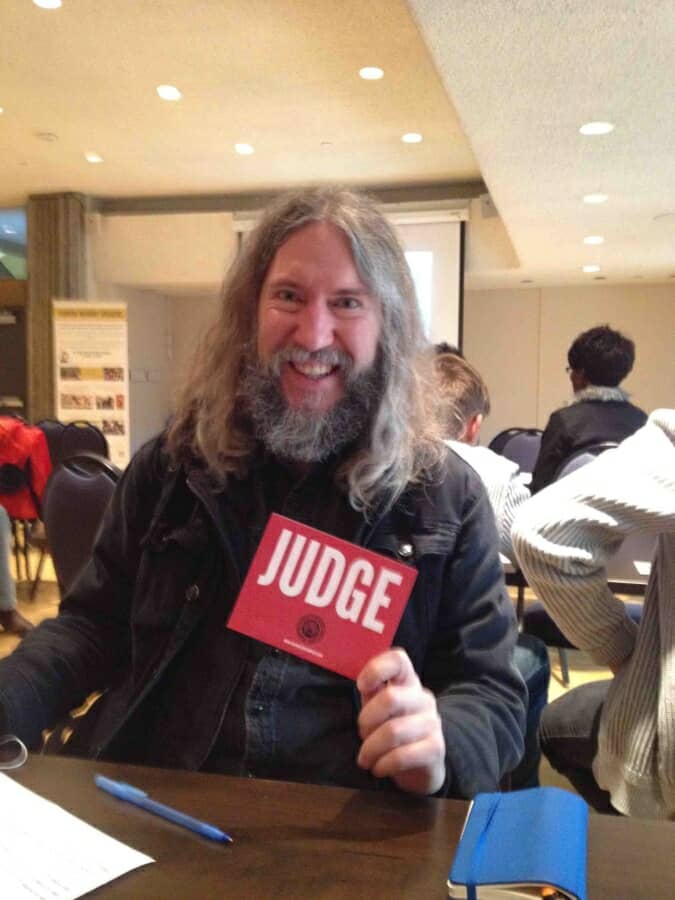 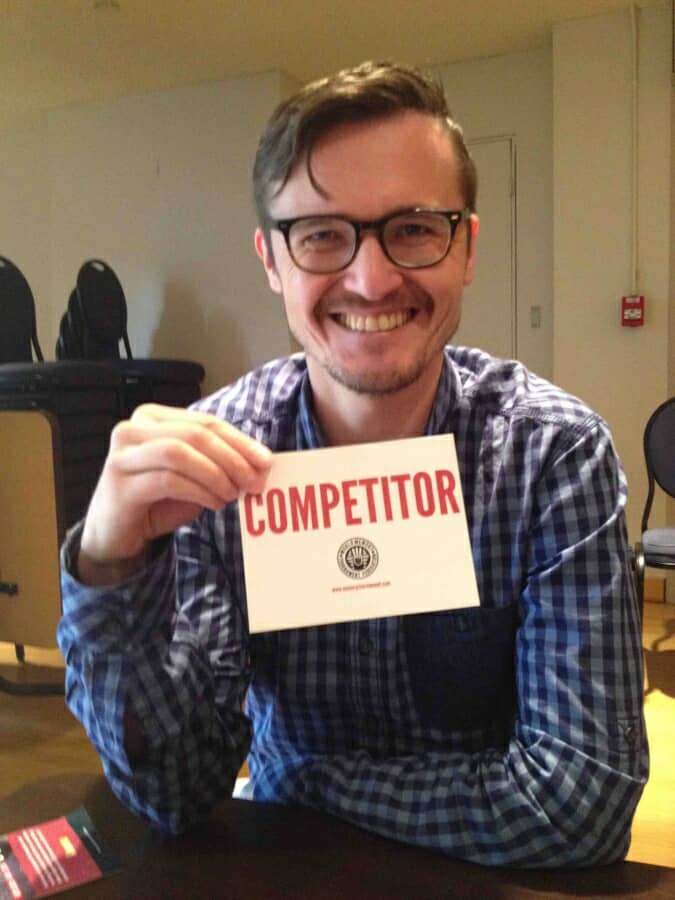 These competitors are memorizing lists of vocabulary that they are seeing for the first time. A camera captures everything and detailed records of the results are recorded by the judge. 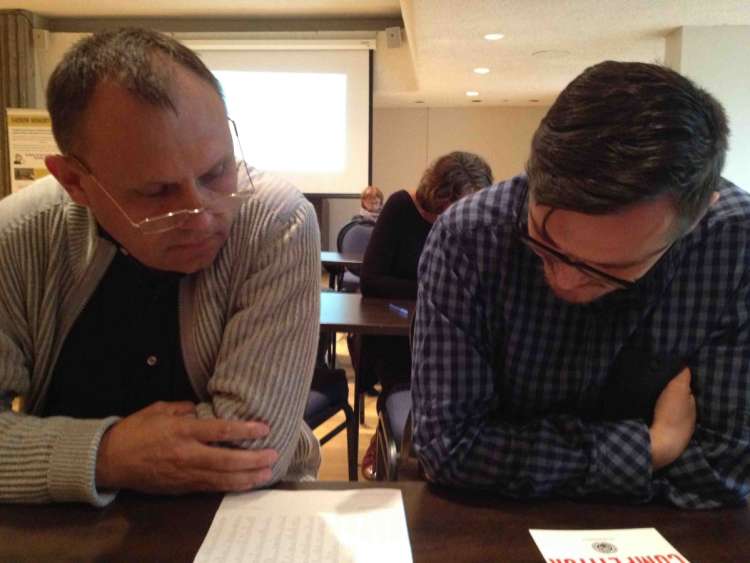 At the end, everyone walks away as a winner just for taking up the challenge of exercising their imagination and memory abilities and it is a thrill to get a photo with the “Farrow” of Memory himself, Dave Farrow. 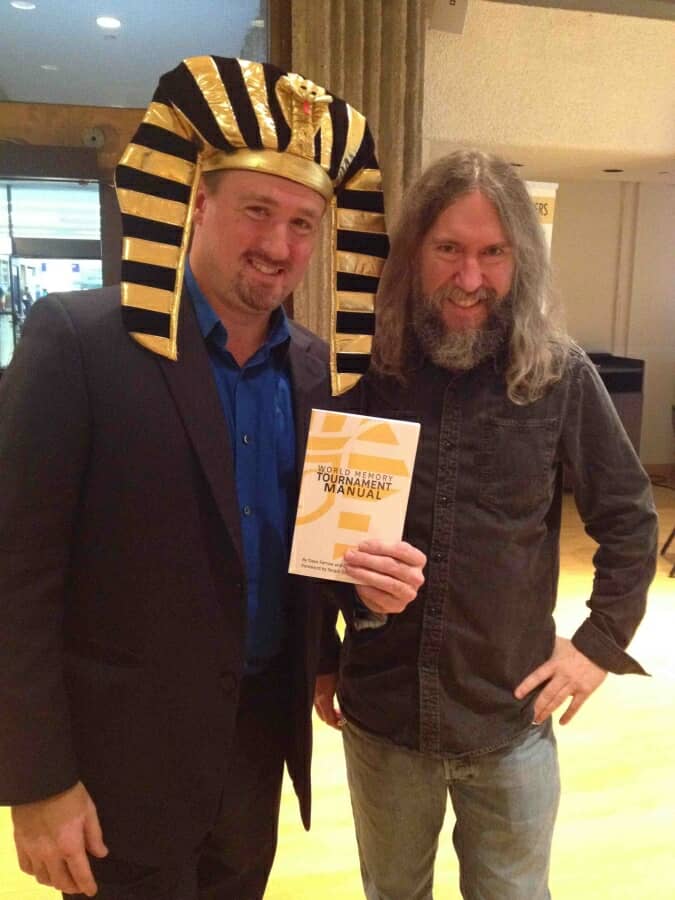 Further Resources And Information Mentioned During The Interview

Dave’s TEDTalk On Why Forgetting May Save Humanity:

Excellent article about a Dave Farrow event by Tatiana Sanchez