Books I Recommend About Memory Palaces (Hint: All Of Them) 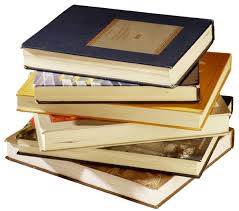 I’m reading your book for the 3rd time – much faster this time, of course.  If I understand correctly, we should use images and actions to remind us of the pronunciation and meaning.

Question: Is it images for the pronunciation, and then take those images and make them do an action that reminds us of the meaning?

What other books do you recommend about mnemonics, especially memory palaces?

At the highest level, any given mnemonic for vocabulary should magnetically give you both the sound and the meaning of the word you want to recall.

This is not always easy to do, but it’s worth the imaginative effort.

As the author of today’s questions also pointed out in another part of his letter not included here, Joshua Foer (and many others) have acknowledged the fact that working with mnemonics increases our ability to have ideas.

The more you practice mnemonics for the learning and recalling of vocabulary, the easier the process becomes. You’ll have images spilling out of your ears and need an imaginary janitor to sweep them all up.

Let’s fiddle about with a couple of examples and see what comes our way. We’ll start simple (and maybe cheat a little …)

I’ve been thinking about naming a chapter in an upcoming book “Lethologica.” The term refers to the inability to recall a word, or the sensation of having a word on the tip of your tongue.

To memorize the sound and the meaning of this word, I first perform a bit of etymology (recommended when memorizing words in your mother tongue).

Since the river Lethe in Greek mythology made everyone who drank from it forgetful, merely imagining a raging river with mindless people drinking its froth wins half the battle. “Lethe” brings both the sound and the mythological meaning of this river to my mind .

(As a bit of trivia, “leth” also appears in one of my favorite Greek words, “aletheia.” The German philosopher Heidegger used it a lot, not because it means “truth” in translation, but because it means “unhiding.” Thus the act of philosophy, in a Platonic sense, is the “unhiding” of truth that was always, already there).

For the second half of this word, I immediately see Thomas Aquianas bopping these mindless people drinking from the river Lethe with a copy of his Summa Theologica. This image triggers the “logica” in the second part of the word.

Why is this cheating?

I’m doing good mnemonic work by associating the word I want to memorize with things I already know.

Moreover, I make them large, strange, filled with action and tremendously colorful. I also apply all of the Magnetic Modes to each image.

If I were working on a large memorization project, I would also locate this image in a carefully structured, alphabetized Memory Palace using all of the principles of the Magnetic Memory Method for spatial memory.

Note too that I am associating with items that already hold the basic sound of the word I’m trying to remember.

This selection principle is a key part of the process: mentally animating objects or persons that sound like the word, or word component you want to recall.

“Lalochezia” is swearing out loud in the vain hope that it will ease the pain of an injury like a banged knee. (Does anyone actually think that swearing is going to have an aspirin effect when they do this?)

Now, there ain’t a whole lot of things that come to mind for “lalo,” in terms of objects, but I do immediately get a picture of Eric Clapton singing Layla.

In cases like these, the fact that my association ends with an “ah” sound instead of an “oh” sound doesn’t particularly concern me or trip me up, but if it did, I would somehow squeeze J.Lo (i.e. Jennifer Lopez) into the image to trigger that sound.

As it happens, an acquaintance of mine in the scholarly world has the last name of “Keazor.” Thus, it’s convenient for me to use him and give him amnesia to bring the “zia” sound.

Of course, you could call me lucky that I know someone named Keazor to use in this way.

I say it’s convenient, but trust me, if you start working with mnemonics in earnest, you’ll find all kinds of opportunities arising like this, almost as though your mind were rearranging the universe just to assist you in memorizing it.

Or better said, your mind will bring you such useful associations Magnetically. And all the more so when you’re advanced with memory techniques.

But let’s pretend I didn’t know someone named Keazor.

I could see giant keys attacking Eric Clapton and J.Lo defending him while he sings Layla. Maybe she’s beating off the keys with a copy of Euripides Medea to get the “ia” sound. (If you don’t know this incredible play, I suggest you abandon ship and start reading it right now. There’s a cool film version as well).

But then J.Lo gets cut, or bruised (let’s make this PG13). And she starts swearing at the keys. Therein lies the meaning of the word.

As an equation, then, we could have:

Clapton performing Layla + J.Lo smacking a pair of raging keys with a copy of Medea, which with practice using the Magnetic Memory system, the mind will understand as something like:

Now, I know that a lot of people feel that having this elaborate vignette of crazy images (J.Lo cussing as a pair of scissors cuts her during a valiant act of defending the creator of Layla?) a potential distraction so large that it almost makes more sense to just chuck the system and go for rote.

But that would be a mistake.

At first, all of this might seem elaborate, and again, you might stutter a bit during recall.

But it took me all of 20 seconds to come up with this image (and then 2 minutes to type it all out), and with practice, anyone can get that quick. Merely by working with mnemonics you are enhancing your imagination.

It’s hard to explain the sensation to someone who hasn’t done it, but already I don’t need the images. I feel “lalochezia” in my mind like a tickle. Just a flash of Clapton triggers off the entire word and I find myself thinking through the entire vignette of imagery after the word has magnetically rushed into my mind.

When it comes to recommending books about memorization techniques, the first part of my answer is simple:

Read all of them. Or at the very least, start with these:

After that, read every book on memorization that you possibly can.

There are oodles of misguided discussions about “the best” or “the only” memorization books a new person needs. I don’t think it’s wise to council people in this way.

Even the worst book on memory techniques will keep you thinking about Memory Palaces. They will help stimulate new ideas or reaffirm for you what’s already working and deepen your relationship with those approaches. This result will happen due to the power of being able to compare and contrast different approaches.

On top of that, hunt down online articles and YouTube videos. Inspiration and ideas lurk everywhere. The world of mnemonics is huger than many people suppose.

The second part of my answer is even simpler.

Read material that engages you.

It doesn’t matter if it’s fiction or non-fiction.

And extend beyond memory improvement books. For example, when you learn about mind mapping, you’ll find you can use this approach for greater success with the method of loci.

Obviously a knowledge of mythology and large fictional worlds like the one The Hobbit lives in is going to give you a vast pool of imagery and ideas that you can associate with.

But if you’re not into that stuff, philosophy is rich with visual material too. Foucault is a very memorable looking dude and he also wrote about prisons and hospitals and stuff, so his books give you tonnes of ideas even if they’re highly conceptual. You can make visual images out of concepts the same way you can conceptualize imagery.

In other words, the concept of using Memory Palaces can and should be read about dozens of times because many different mnemonic thinkers have amazing little shades of innovation to add, but what’s really going to make the difference is what you can stick into the palaces in order to sunder the target material you want to memorize.

And it’s not just about reading books.

Watch movies for a memory boost.

Pay attention to the places you visit.

Get to know new people.

Now, when I was making that aside about “lethe” and “aletheia” and the German philosopher Heidegger … I know that some people will think that’s showing off, but it really isn’t.

It’s a demonstration of how interconnected things become when you exercise your mind and how willing the mind is to draw connections for you and “unhide” what you’re looking for.

The reason is simple: when you have more material to associate with, to draw connections between and to build upon, the more you can use that stuff to obtain more.

As they say in business, where preparation meets opportunity, there is no ceiling.

No, there’s no ceiling. Just an unhiding of the potential you’ve worked so hard to get there.