Bilingualism: Why Language Learning Makes For a Healthier Brain 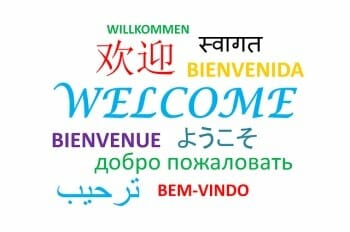 Are you a polyglot?

No, I don’t mean a ghost that walks around the attic making loud noises and moving objects. That’s a poltergeist!

A polyglot, on the other hand, is a more tame individual who is fluent in several languages.

Then there are the hyperpolyglots – those who actively learn and master six or more languages, like Emil Krebs, a 19th-century German diplomat who had mastered around 65 languages by the time of his death.

While only 1 percent of people are polyglots; more than half of the world’s population is bilingual (those who speak fluently in two languages).

Being bilingual (or multilingual) is said to enhance your better problem-solving abilities, and improve your concentration and focus.

These are valuable resources in everyone’s life! And reason enough to start learning a new language.

If you are geared to pick up a new language or just want to get better in your mother tongue, use these five amazing hacks:

And while you practice your German or French, ask yourself this:

Will Being Bilingual Help You Get a Healthier Brain?

There is a ton of research backing claims that being fluent in more than one language is good for your brain.

Unlike other areas of science and memory, few articles evoke grave doubts on the advantages of being bilingual.

A 2015 article in the New Yorker by Maria Konnikova “Is Bilingualism Really an Advantage?” makes an interesting point:

Konnikova says the bilingual advantage seems to have more of a protective effect on the aging brain than it does anything to enhance executive-control functions of healthy individuals.

While the Konnikova’s arguments are persuasive, I am sure of one thing:

When you learn a new language and use new words and grammar rules, multiple areas of your brain work together. This is a great long-term workout for your brain.

And since your brain is a muscle, it needs regular workouts to remain strong, supple and stable!

The Inside Story:
Why Bilingualism Is Not Just About
Speaking Two (Or More) Languages

Contrary to general perception, bilingualism is not just about the ability to speak two languages fluently.

There are a lot of little nitty-gritty aspects involved.

You could be a “simultaneous bilingual” who learns two languages from birth.

Or, you could be an “early sequential bilingual.”

The differences in how and when you learned your second language often leads to different levels of proficiency and fluency. This, in turn, affects your level of being bilingual. 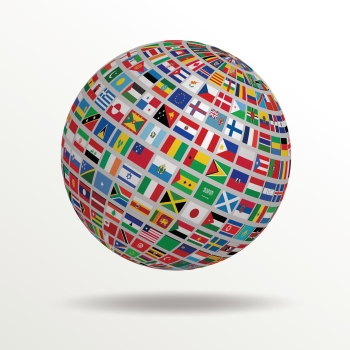 For instance, if you were fluent in French (along with English) in high school but have been using only English ever since, your bilingualism and its related advantages may have deteriorated.

In fact, according to a study, simultaneous bilinguals and early sequential bilinguals show different levels of behavioral performance in a lexical representation task that measures how quickly you can classify a stimulus as words or nonwords. (Sebastián-Gallés, Echeverría & Bosch, 2005)

The more articulate you are in a language, and the more fluently you use both your languages in your daily life, the more bilingual you will be.

“You have to use both languages all the time. You won’t get the bilingual benefit from occasional use.” This quote is by the cognitive neuroscientist, Ellen Bialystok who has spent almost 40 years learning about how bilingualism sharpens the mind.

A recent study by Yeh-Zu Tzou shows how working memory is important but language proficiency in the native language (L1)  and second language (L2) assumes a more critical role in a person’s ability to process and store information simultaneously.

Another study shows bilingualism is not a categorical variable (that is you are either bilingual or not) but rather the “bilingual experience is composed of multiple related dimensions that will need to be considered in assessments of the consequences of bilingualism.”

The Trouble With Knowing Two Languages:
Each Fight For Supreme Control

As a bilingual, when you use one language, the other is also active at the same time.

This creates a persistent linguistic competition which can result in language difficulties.

For instance, bilinguals are known to be prone to the tip-of-the-tongue syndrome where you can remember specific details about a word but cannot conjure the word fully.

Some mnemonists and memory champions also term it as “ghosting.” I refer to it as “Magnetic fossilization.”

Either way, if you have ever been in a position where someone’s name is right on the tip of your tongue but you can’t get your brain to say it out loud, remember that the word is competition with some other information or similar sounding words in your brain. 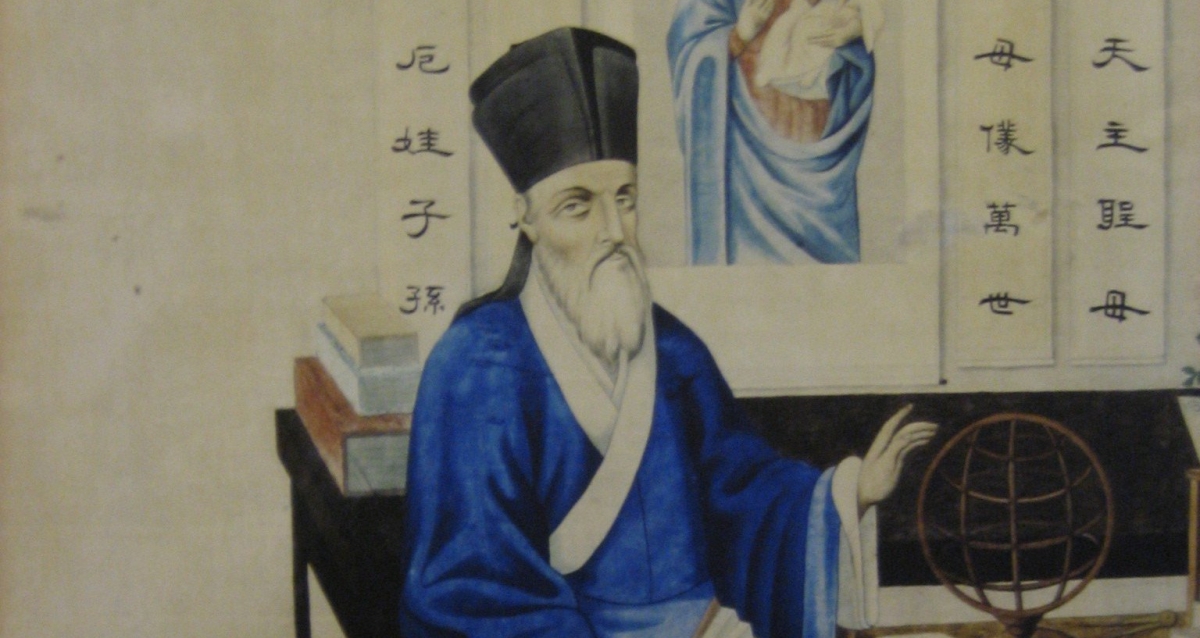 But there is good news:

The bilingual brain relies on control mechanisms such as attention and inhibition, every time she or he speaks or listens to maintain the balance between the competing languages. Due to this constant practice, these control mechanisms are strengthened with changes occurring in the associated brain regions.

Could there be other benefits to this constant brain workout?

Bilingualism And Its Connection With a Better Brain

As I said earlier, being bilingual provides constant brain exercise.

A study by Dr. Viorica Marian and her team proved that bilinguals are better at filtering out unnecessary words than people who speak only one language.

In the study, participants were asked to perform language comprehension tasks where they had to hear a word and then recognize its corresponding photo.

For example, volunteers would hear the word “candy” and then they would see four pictures, including a picture of candy and a picture of a similar-sounding word, such as “candle.” The experiment aimed to see how well the participants were able to recognize the correct word and ignore the similar-sounding competing word. 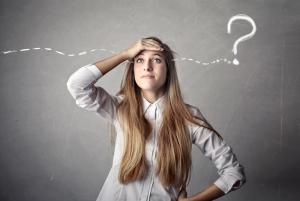 The results showed that bilinguals performed better than their monolingual counterparts at ignoring the competing words.

These results exist because people who speak more than one language are already used to controlling two languages and suppressing irrelevant words they don’t need.

The ability to tune out irrelevant information is a strong indicator of mental abilities and can help bilingual individuals concentrate better by blocking outside noise in a busy classroom or office space.

Another advantage of speaking two languages – you have more efficient monitoring systems.

According to this 2009 study, when conditions required high monitoring demands, bilinguals were faster than monolinguals.

The most persistent advantage to being bilingual comes at a later stage though.

It seems that the aging brain of a bilingual person can resist the effects of dementia far better than those who speak only one language.

Research has also shown that multilingual people have a higher density of grey matter in their brains, and older people who speak more than one language tend to have better-maintained white matter.

But the big question remains:

The answer I am afraid is no!

Improving brain function and memory does connect with mastering a new language.

But the real gains come from eating a balanced diet, getting lots of hydration, maintaining an active lifestyle and sleeping for 7 hours every night.

But if you leave aside the health benefits, the simple act of learning a new language in itself is a fun proposition.

It enables you to interact with interesting people and exposes you to new cultures and practices.

Any new challenge and novelty help to keep the brain active and vibrant. Like doing crosswords, for instance, stimulates the brain and makes for a fun workout…

So long as you don’t let them frustrate you! 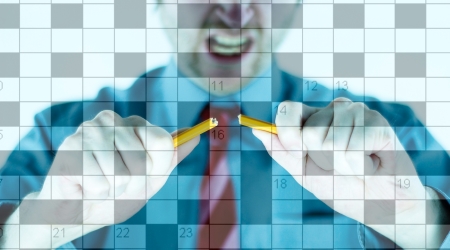 And of course, being multilingual can be extremely useful when trying to impress a date. Just don’t say something cringe like, “How do you like my bilingualism?”

But the coolest, most fun way to quickly master a new language while maintaining a superior brain is to build Memory Palaces the Magnetic Memory Method way.

One important reason why Memory Palace is effective and attractive to many users is that it reduces cognitive overwhelm or overload.

Creating Memory Palaces the Magnetic Memory Method way unlocks the power of your multiple intelligences. It helps you tap into:

This incredible combination of intelligence and memory strengthening is very powerful because, combined with Recall Rehearsal, the holistic process lets you move information from short-term memory into long-term memory faster.

If you are keen on this memory training technique… 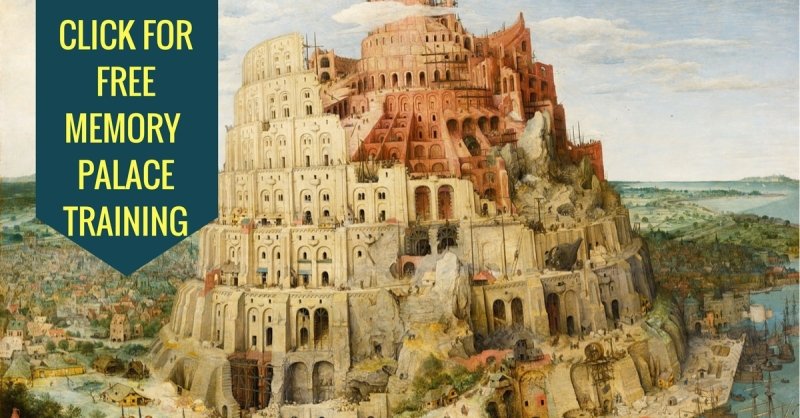 Most polyglots use some kind of mnemonics to memorize vocabulary.

Some of them use them across the board. Others save the memory techniques covered on this blog for what they call “the Stubborn Quintile.”

Language learning expert Benny Lewis gives a great example of how he uses them in his book, Fluent in 3 Months.

Plus, I cover exactly how to memorize vocabulary in detail myself. The process creates greater brain health because you’re using what memory scientists called “elaborative encoding.”

This process is better than rote learning because you use your imagination to interact with the vocabulary you want to learn.

Once you’ve mastered memorizing individual words, you can move on to phrases. And before you know it, you’ll be speaking quite well.

When Words Don’t (And Won’t) Boost Your Brain…

Knowing many languages has the power to help you express yourself fluently. And language learning is tremendously useful when you are trying to improve memory, clarity, and focus.

With the Magnetic Memory Method, you gain the ability to not only remember information faster but also get predictable and reliable permanence. This grows in strength each time you create Memory Palaces using this method.

Ready to add this memory improvement method to the lexicon of your life? Let me know in the comments below or feel free to post your questions.