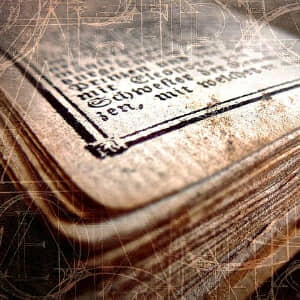 We know that memorizing dialogues is a great way to learn a language faster.

But is that our only option?

And there are a few powerful alternatives I’ll share on this page.

Is It Bad To Focus On Memorizing Vocabulary Only?

Lately I’ve been reading Peter Oakfield’s How to Learn Any Language Successfully.

It’s inexpensive using Kindle, so on that basis, let me tell you that this gem is a real steal. I can’t believe Oakfield isn’t charging $99 for this book.

Here’s why you should check it out:

One of the ideas Oakfield discusses is memorizing narratives.

Why You Should Memorize Narrative Passages

It’s not wrong to memorize vocabulary. Often you have to in order to make progress. I’m talking about language elements such as:

… and there are a whole host of words where it only makes sense to memorize them one at a time.

But Oakfield makes the solid point that memorizing individual words and phrases can lead to a lot of disconnected parts. This points is especially true if you haven’t got dedicated Memory Palace journeys based on alphabetical groupings.

By memorizing longer sentences, we are in effective memorizing individual words and at least one context in which they can be used. Having a sample context in mind for different words proves rather enabling.

Plus, narrative is part of our larger set of what Tony Buzan calls our “multiple intelligences.” Story is also a powerful memory method.

I’ve memorized the lyrics to lots of songs and some poetry, but never thought trying an actual narrative before now.

So to experiment, I’m going to work on Kafka’s Kleine Fabel.

The Memory Palace I’ve decided upon is Karen’s house.

Following the Magnetic Memory Method Principles, I’m going to start in the upstairs bedroom. I’ll spare you the intricacies of the images and actions I’ll be using, but I have three sentences I need for this passage memorization.

To give you a quick example of how association works, the passage starts with, “Ach,” so I think instantly of Kathy Acker. I place her in a Memory Palace and then move on to the next word, “sagte.” For this word, I’ll use the associative-image of Stephen Seagal with “saggy” eyelids.

How Many Words Per Station?

Nonetheless, I’ll budget out ten stations in this “K” palace and add more if I need them (following the principle of moving ever outwards so that I can add new station if and when needed).

(If you’re interested, here’s where to discover more about memorizing German phrases from the perspective of a successful MMM student.)

What About Memorizing Philosophical Passages For Understanding Concepts?

Absolutely, yes. And even better if you’re studying the philosophy itself in another language, as I’ve done with Advaita Vedanta.

To date, I have memorized over 100 lines of Sanskrit as part of this project. Here’s a demonstration of one piece containing 32 verbatim verses:

In order to accomplish this goal, I followed these steps:

Although ancient Sanskrit is sung, it’s still a philosophy.

Frankly, I doubt I ever would have understood what this philosophy is all about if I hadn’t memorized these passages. I also doubt I would have developed a feel for Sanskrit either.

To sum up, if you’re serious about achieving fluency, or at least becoming bilingual, memorizing anything verbatim will be very helpful for the reasons Oakfield mentions. And as you’ve seen, there are several options you can pursue, from songs to short stories and philosophical works.

So let me know…

What passages are you going to memorize to help you experience a boost along your language learning journey?