5 of the Best Books on Linguistics You NEED to Read 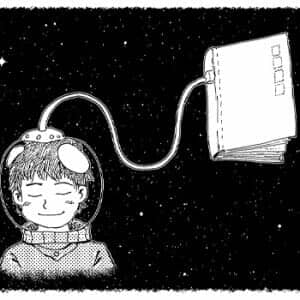 The problem with looking for the best books on linguistics is that they all pile up the same titles.

And they’re usually focused only on the pop science books in the field.

Sure, those will help you out.

But even Steven Pinker at his best writes for a general audience. And most lists I’ve seen don’t even include his best books on linguistics!

So let’s go through a more robust list, one that will give you:

5 Must Read Linguistics Books For Beginners

There’s no perfect place to start if you’re a beginner, but the following list is key for getting the bird’s eye view on what matters in the world of linguistics.

More importantly, this list will help you understand why linguistics is such an important field.

I’m going to start with a book that shows you just how high the stakes are when it comes to how linguistics can help societies around the world.

You’ll see other books by David Crystal on a lot of lists, but I believe Language Death is the best start. 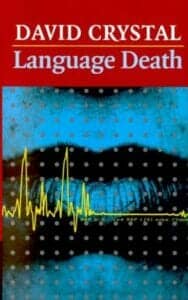 Crystal makes it clear what’s at stake when languages are lost – and why they don’t have to be.

You’ll learn why languages die, the consequences of losing them and a number of suggestions for preserving those languages currently in danger.

Not only has this book woken me up to how important immersing ourselves into languages is for being a good citizen of planet earth. It is easy to read and Crystal provides great examples that will inspire you to take action.

Based on lectures by Ferdinand de Saussure, Course in General Linguistics was one of my favorites during my early years at university.

Although many of its ideas are dated, it is still useful to think through de Saussure’s observations. 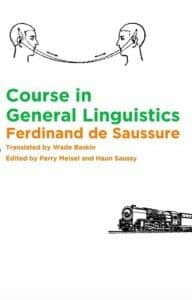 De Saussure remains controversial, but that’s a good thing. As Michel Foucault points out in his seminal essay, “What is an Author?” the value of many thinkers is not whether they were right or wrong. It is in the discussions their ideas make possible.

Although not technically a book on linguistics, Keywords: A Vocabulary of Culture and Society by Raymond Williams traces the use of important terms we forget to think about critically. 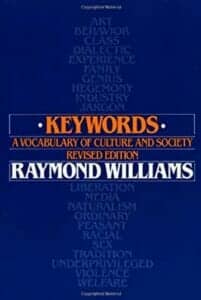 Heavily informed by linguistics, you will learn to understand the role of metaphor in a deeper way. How words are used is just as important as what the dictionary says they mean, and Williams does a great job of showing you how.

Four: The Stuff of Thought

Obviously, we’re not going to leave Steven Pinker out in the cold.

But of all his books, The Stuff of Thought: Language as a Window into Human Nature is the most important. It saddens me that it isn’t on other lists of linguistics books.

What makes it so good? 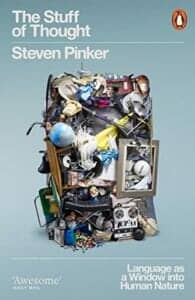 You’ll learn a ton about:

Pinker is fantastic in this book by not eliminating technical terms. Rather, he takes time to introduce them, which is not always the case in books on linguistics for the general market.

Talking Hands: What Sign Language Reveals about the Mind is the perfect follow-up to The Stuff of Thought. 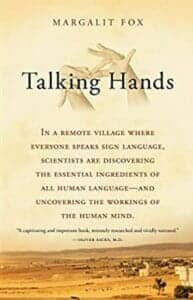 In this incredible study, Margalit Fox takes you into the field to show you the connections between linguistics and anthropology. You’ll also learn a fair amount about neurology too.

As someone looking for linguistics books for beginners, general introductions are great.

But what is really helpful on top of beginner books are studies where the ideas and scientific processes of linguists have been applied to other topics.

Although this book is more famously known for its contributions to consciousness and artificial intelligence, you’ll learn a lot about language too. In fact, Hofstadter went on to write a book about translation after GEB, and here he talks a lot about that topic too.

This book is a tough read, but you’ll see how Lacan applied ideas from linguistics to psychoanalysis. The signifier/signified division he takes from de Saussure is very compelling, leading to the “Big Other” concept so loved by Slavoj Zizek. 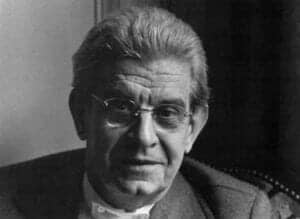 Although controversial, interest in Lacan has not waned. Peter D. Matthews does a great job of explaining the issues in Lacan the Charlatan. Just searching this book for “linguistics” and scanning or skimming what you find will be valuable for you.

You probably think that Chomsky should be in the top five, but like I said: I want this alternative list to serve you better than others.

And when it comes to famous linguists who have applied their skills to other topics, Manufacturing Consent: The Political Economy of the Mass Media is one of the best out there. Who better than Chomsky to detail the abuses of language by the media? 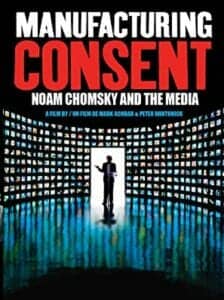 Don’t miss the incredible documentary about Chomsky and his linguistics-based criticism of the media by the same title.

Why You Should Read As Many Linguistics Books As You Can

There are literally thousands of books on linguistics out there. No one can read them all.

But by reading a steady diet of key textbooks and books that apply linguistics, you’ll continually expand your understanding of the field.

Language is the medium of human consciousness. It’s how we share our ideas, needs and build societies. Literally nothing gets made without being able to use language.

As you explore linguistics further, you’ll note that not only your understanding of language improves. Your ability to use it improves as well, especially when you can remember new vocabulary and other kinds of information with ease.

To help you with that, please consider getting this free memory improvement kit:

It will help you remember more from these books on language, all of which I hope you enjoy.