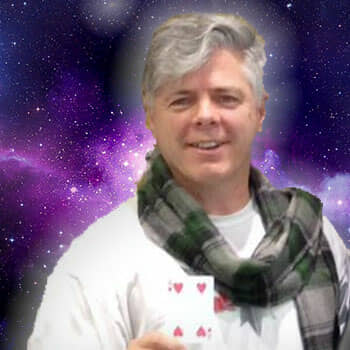 Want to become a memory champion?

Competition can encourage you to function at your absolute highest level.

You see, age need not reduce your ability to enjoy strong memory.

In fact, people with more years to their credit can use memory techniques better.

Because mnemonics are based on the principle of:

This means that the older you are, the more references you’re able to make. You have a distinct advantage over younger people, who might not be able to come up with nearly so many mnemonic devices.

To help you understand exactly why and how anyone in their later years can success with memory skills, today’s guest is 2019 Canadian Memory Champion, James Gerwing.

I’ve known James for many years. In fact, I’ll never forget when he wrote after a long gap to tell me this:

About 5 years ago, I began taking your online course and then went into some memory competitions. I am the 4 time, current, undefeated (and record holder) of the Alberta memory championships.

Even better: I just won the 2019 Canadian Memory Championships (AND the first ever pan-provincial championship). Thanks for your input.

As you’re about to learn, I had no solid idea just what he meant by “input”!

But I wasn’t entirely clueless either…

As you can see from my State of Your Memory Address from 2016, he’d already broken a few memory competition records back then. 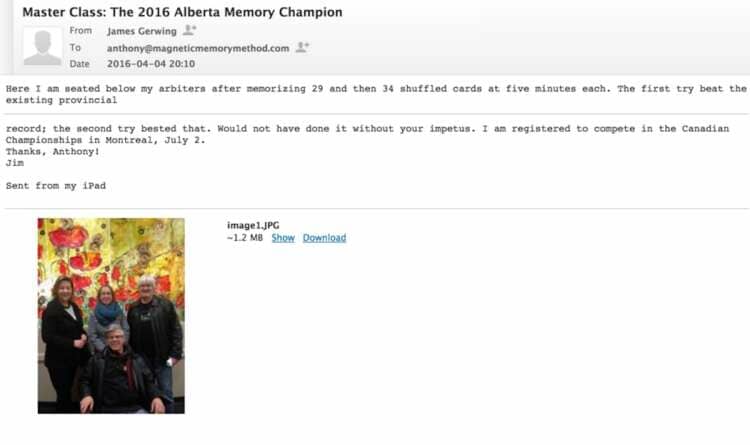 You just have to love what emerges from consistent practice and exploration of these powerful techniques!

And that’s why I just had to get James on the show to talk about how exactly the Magnetic Memory Method served along the way.

James is the 2019 Canadian Memory Champion.

He’s obviously a memory expert too, and has even created his own “Mind Sharp” course. 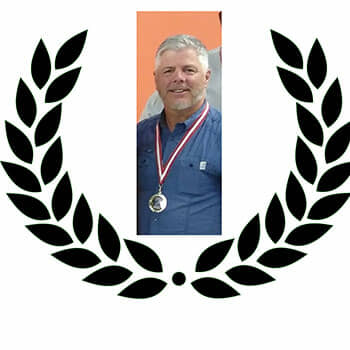 In this Magnetic Memory Method Podcast interview, James shares his personal journey of memory improvement, and eventually, entry into the world of memory competitions.

Now retired from an impressive career as an educator, James plans to continue competing. I’m confident he will continue to win!

Do You Have To Become A Memory Champion To Learn These Techniques?

No, but some experience with competition helps.

For example, my own memory skills accelerated in unexpected ways after I sat to compete for charity with Dave Farrow.

Obviously, competition isn’t for everyone, but as Simon Luisi has written on the Canadian Memory Championships site:

“One of the best ways [to improve memory] is to participate in a memory competition.”

Whatever side of the fence you stand regarding competition, I encourage you to take a few minutes and listen to James’ perspective. 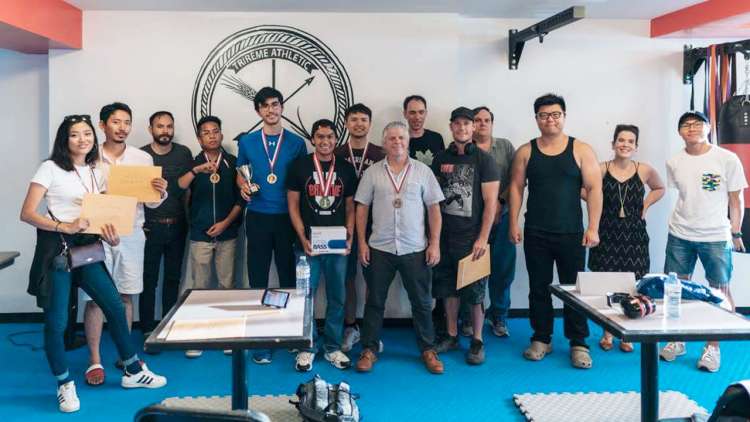 James Gerwing at a 2018 Canadian Memory Competition on the road to winning the 2019 national top spot.

You just might reconsider where your opinion falls. I know I had and it handed me more knowledge than I ever could have expected!

… a second part to this interview is exclusive to the Magnetic Memory Method Masterclass. It’s already available in the card course James used to learn the skills that helped him win!

Nelson Dellis on Remember It! And Visual Memory Techniques

Idriz Zogaj On The Truth About Memory Training Apps

Memory Improvement Fun And Games: Mark Channon Talks About How To Remember Anything

Do you want to join in the competition? Check out Art of Memory’s current memory competitions list

And if you need help, learn how to create an UNSHAKEABLE Memory Palace Training Routine, so you stand a chance of winning too. Both in learning, competition and life overall.