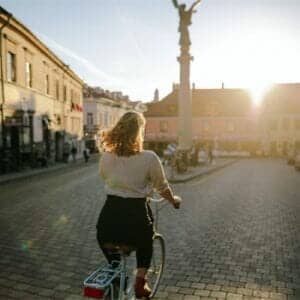 If you’ve ever hopped on a bike and ridden it successfully after a long winter, you’ve experienced the magic of procedural memory.

Even if you’re a bit rusty, somehow your memory remembers to get your legs to peddle and the rest of your body to maintain balance.

On this page, we’re going to cut through the confusion.

True, there’s some complex terminology used by scientists. Sometimes they even use two different terms to describe the same thing.

But I’m going to do my best to make it all clear for you so that talking about it as easy as remembering how to ride a bike.

What Is Procedural Memory?

According to Héctor M. Manrique and Michael J. Walker, procedural memory is one of the most important aspects of how humans evolved to build the great Internet you’re using right now.

In their book, Early Evolution of Human Memory: Great Apes, Tool-making, and Cognition, procedural memory was responsible for creating change over time.

Because if you can’t remember how you performed a task in the past, you cannot form the basis for comparison. And if you cannot compare, then you cannot experiment using alternative means. 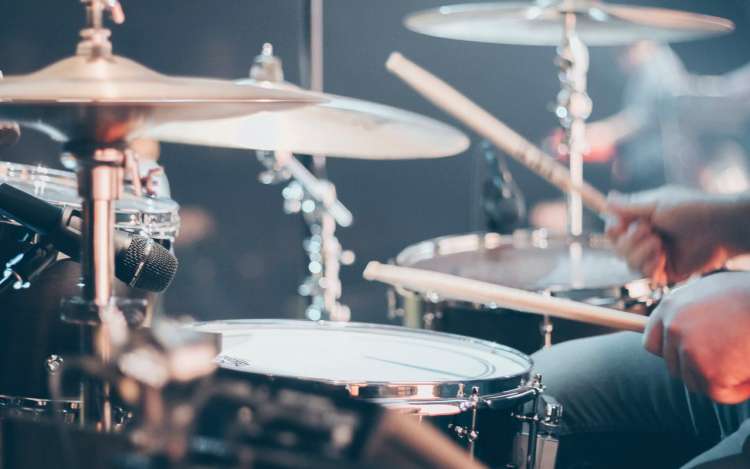 Prepare yourself for a difficult, but important sentence from these authors:

“We propose that this change involved evolutionary developments in cerebral neuronal relationships particularly between short-term active haptic attention (short-term working memory for tactile behavior) and both long-term, implicit, procedural memory and also prospective (future) memory that enabled insights about the usefulness and feasibility of novel conjunctions of separate objects by putting them together and the envisaging therefrom of alternative imaginary topological possibilities, which, it is conjectured, might have fostered an emergent “theory of mind”, thereby sowing the seeds of “modern” behavior.”

To put this definition a bit more directly:

Procedural memory is knowing how to do things.

It involves both thinking about what you know how to do and the “muscle memory” that allows you to just do certain things without thinking about them.

When it comes to developing procedural memory, we almost always start by thinking about how we’re using our muscles.

Take the piano, for example.

Before you can get your hands to move fluidly over the keyboard, you have mentally envision a lot of details. You also have to think about notes and concepts like duration. 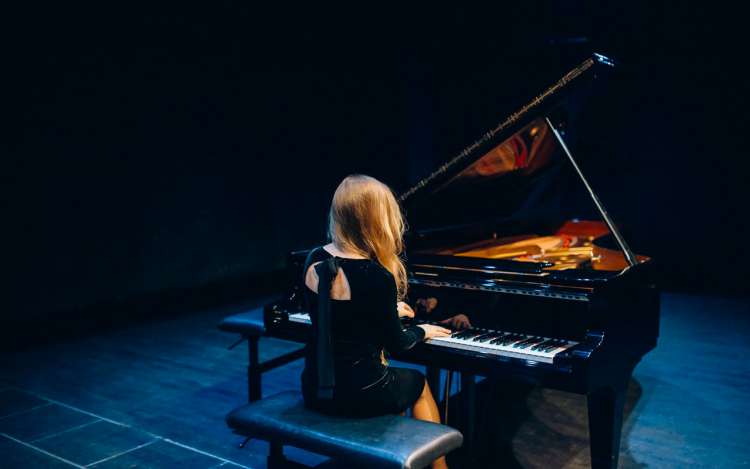 Music mnemonics can certainly help you learn to play music faster. They’re not a replacement for practice with the instrument, however.

But with enough training, both the physical and the mental “fuse” into a fluid set of actions. This is why Manrique and Walker talk about the “theory of mind.”

Somehow our early ancestors noticed how they were learning. Then they started using their observations and thoughts to refine the process through the comparison of present and past actions.

We literally owe the development of science and our entire civilization to procedural memory!

How Are Procedural Memories Formed?

Basically, it happens in the chemicals of your brain and how these chemical-electrical signals interact with your muscles.

When it comes to the brain, we’re looking at the motor-skills areas of the brain:

In terms of actual tasks, scientists think that an activity like playing the piano comes down to the cerebellum.

However, if you want to talk to others about your knowledge of playing the piano, you will draw more upon your prefrontal cortex.

In other words, the semantic memory word and facts needed to talk about the piano draw more heavily on a different part of the brain. 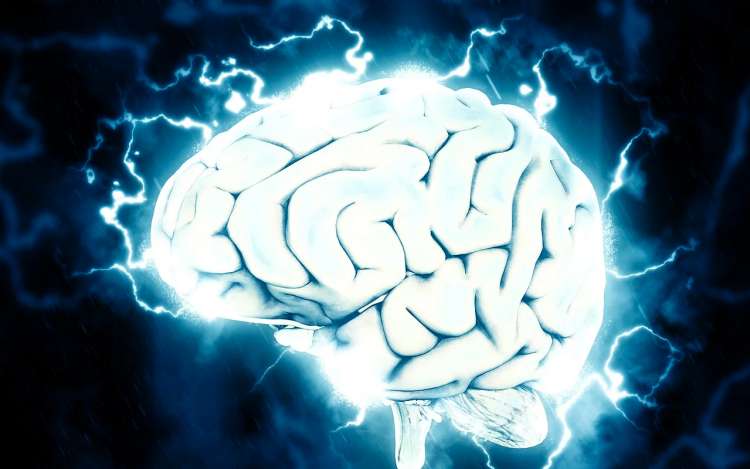 But have you ever had that experience where you hold out your hand to explain a concept in words?

Doing so would be recreating the procedure and drawing upon the cerebellum where these memories were formed and seem to be stored.

Declarative memory, sometimes called explicit memory, is all about facts, events and data you draw upon consciously. You also tend to remember why you know these facts, whereas in implicit memory you just know the information without knowing why you know it or when you learned it.

Procedural memory, on the other hand, is something we do, not something we describe using words and facts. In fact, there’s a strange paradox when it comes to this level of memory. It relates to what we just said about the piano.

Here’s what I mean with a new example:

Have you ever noticed how some athletes are horrible at describing their talents in interviews? And why is it that some of the best sports teams are coached by unathletic people who couldn’t score a goal to save their lives? 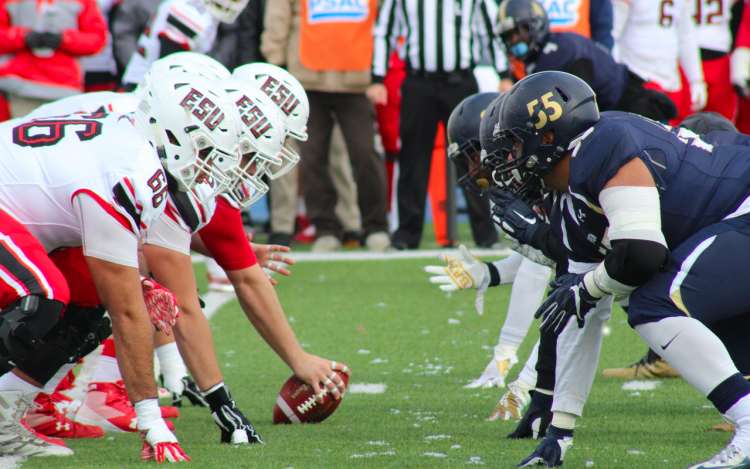 The answer is simple. As G.A. Radvansky and A.K. Tamplin put it in the Encyclopedia of Human Behavior:

“Information in procedural memory is often difficult to articulate.”

But it can be trained and as Andrea J. Becker discovered in this study, improving the performance of an athlete comes from influence.

The more a coach uses their declarative memory to recall facts about an athlete’s prior performance, the more the coach can influence them to improve.

Then, during the game, the procedural memory will take over thanks to many previous acts of comparison with the help of the coach.

(Note: Nondeclarative memory is yet another topic that you’ve want to dig into separately.)

As we’ve seen, there’s a difference between knowing facts like your address, and how to perform an action.

In other words, writing down your address is the procedural memory of how to write. It is the form. But the actual content of what you write (the content) belongs to other levels of memory. 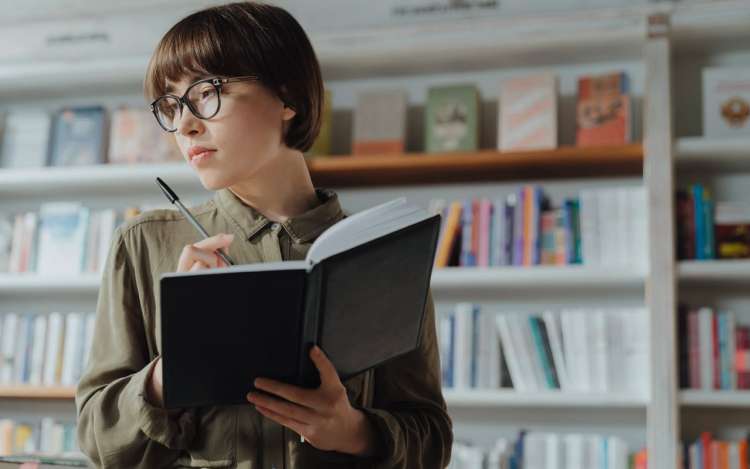 Here are some skill memory examples to help make this clear:

This last example is an example of using a mental procedure. It’s not usually associated with activities like reflective thinking, but consider this:

If you train your mind to follow particular procedures when faced with certain situations, why wouldn’t that engage your procedural memory?

Learn more about developing the habit of using this tool as a “procedure” here:

Procedural Memory Psychology And Your Identity

Have you ever been so angry you wanted to yell or throw something?

If so, chances are the urge entered your system through procedural learning based on observation.

For example, emotions arise from arousing elements in an environment. If you see a parent getting angry, then two things happen:

This way of looking at procedural memory could help explain why children repeat the negative behaviors of their parents, even if they technically know better.

We can also think about procedural memory in terms of two related aspects:

How do you develop good habits while abandoning bad ones?

It boils down to intention, planning and scheduling. And when you train yourself to follow these procedures, your personality will surely change.

One of my negative habits was thinking unhelpful thoughts while drinking to excess. To train, I created a procedure around two questions that helped me form new habits of thinking.

After this, instead of reaching for a drink (something I observed my father do for most of my life), I started taking care of my health instead.

One simple way I did that was by getting a personal trainer and going to the gym. Now, my procedural memory makes me literally crave going to the gym as much as it craves memory exercise.

Pick Your Tasks Wisely, For You Might Just Remember Them

As we’ve seen, there’s a light side and a dark side to procedural memory.

Manrique and Walker think it was key to the development of thought that led humans to create tools.

And it’s obviously involved in some of the behaviors that threaten the civilization we’ve worked so hard to build.

This suggests that we really do need to choose our activities carefully. Biking and learning to play an instrument are incredibly positive forms of brain exercise. The more you practice actions that improve your life, the better it will be.

And choose to be a shining light for others. Your behaviors will rub off on them, after all. And so following the procedures that make this a better world for all is highly recommended.

Do you have better clarity on what this form of memory is and how you can use it more wisely in the future?