Implicit Memory: How To Develop Your Unconscious Mind 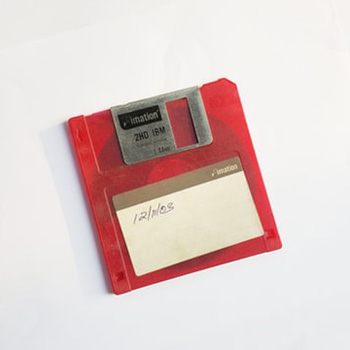 Do you remember when you first learned how to put on trousers or what a dog is?

Probably not — yet you still know that stuff. You have many memories about facts and about how to do things you don’t even remember learning.

These unconscious memories are part of your implicit memory.

What is implicit memory? And why do amnesic patients forget who they are, yet never forget how to walk or talk?

I’ll explain everything in this post. Plus, I’ll let you in on the secrets of how to strengthen your memory.

What Is Implicit Memory?

Implicit memory (also known as nondeclarative memory) is a type of memory you’re not conscious of memorizing. 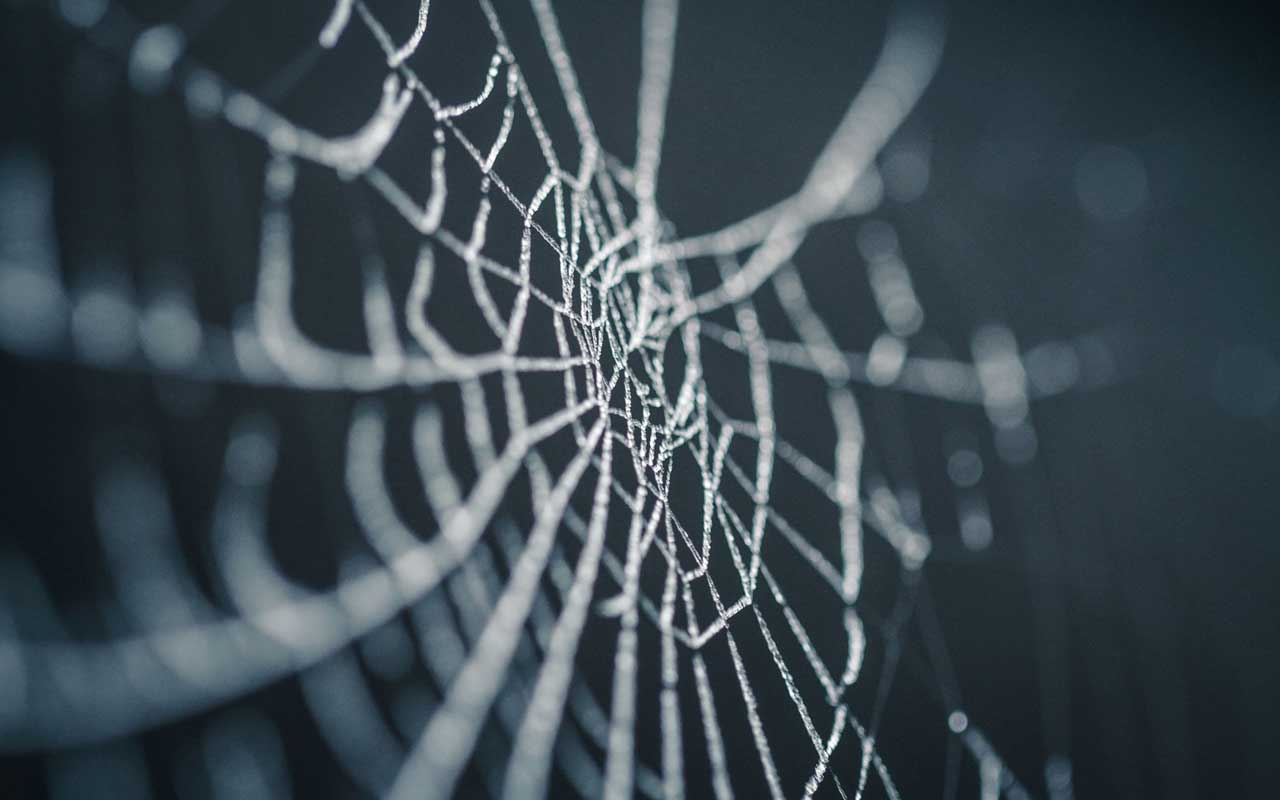 Although you don’t remember learning them, these memories influence your social psychology, behavioral processes, perception, and personality.

Your recognition and response to certain stimuli is also part of your implicit memory. In other words, your experience under certain circumstances impacts your behavioral patterns in similar circumstances.

For example, if you see a horror movie with spiders, your automatic response to a spider in your kitchen would be to scream and run. (More about this later.)

Unlike semantic memory, which is a general knowledge about the world, implicit memory doesn’t require conscious awareness for it to be retrieved from your long-term memory.

For example, you don’t have to actively think of what the word “words” means, you just know.

Up until the 80s and 90s, the distinction between implicit and explicit memory was still debated. In 1975, Canadian experimental psychologist and cognitive neuroscientist, Endel Tulving published a study with key findings of differences between both forms of memories.

His findings were quickly adopted and studied, allowing Tulving to continue his research, challenging what memory was thought to be.

Using magnetic resonance imaging, Tulving was able to find priming effects in the brain activity of 47 patients. This, along with running multiple other experiments, allowed him to find enough evidence to map the areas of the brain involved in the memory processes — and compared them to see the differences between them.

Thanks to his research and recent studies, we know a lot about implicit memory. We can also perform memory tests (like word-fragment completion) to find or rule out some types of brain damage, including those caused by anxiety and post-traumatic stress disorder.

Some Fun Examples Of Implicit Memory

Implicit memory is practically everything you remember automatically and without giving it a thought.

Some lighthearted examples of implicit memory are:

Next, let’s look at how this type of memory is created.

How Are Implicit Memories Created?

Explicit memories, through repetition, reach a point where they can be recalled automatically. 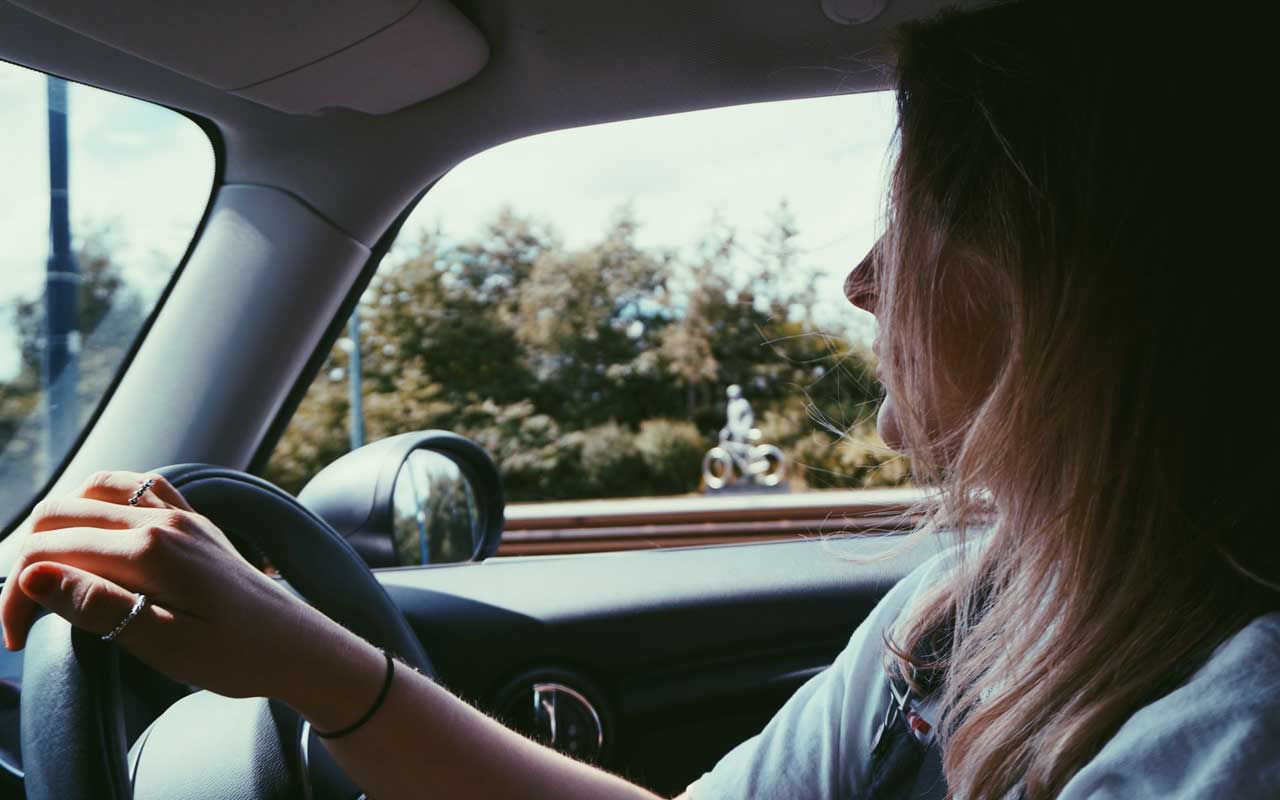 Driving a car, for example, may start as episodic memory. You recall where your dad told you the brake was and how you shouldn’t hit the gas too hard because of that time you were about to hit a tree.

Eventually, you don’t have to recall those memories to be able to drive a car. At that point, they become implicit memories.

But you can’t consciously select which memories will become implicit memories.

Memory is first registered in your working memory — temporary storage for short-term memory. Most of those memories are typically forgotten, but some will become a part of your explicit and implicit memories. Your amygdala is involved in sorting your memories and deciding where they’ll end up stored.

Both stress levels and emotion can affect how explicit and implicit memory is formed.

According to one study, if your working memory experiences high stress levels, it can facilitate the formation of implicit memories for negative emotion (amygdala processing) and spatial explicit memory. Moreover, while acute stress is highly disruptive for working memory processing, it does not negatively affect hippocampal processing.

Whereas explicit knowledge is stored mainly in the hippocampus and brain cortex (all inside the medial temporal lobe of the brain), implicit memories get stored deep inside your brain, usually in the cerebellum and basal ganglia.

That’s one of the reasons why these types of memories don’t get affected by amnesia.

Memory and Amnesia: A Brief Study

We’ve all seen movies with a plot that goes something like this:

The protagonist gets a blow to the head and suffers from post-traumatic stress disorder. She does not know who she is or who her husband is. But eventually, her husband wins her over because he’s a champ.

But wait! If she doesn’t remember anything, how does she still remember what food is or how to walk?

Aren’t those also based on memories? Where’s the distinction? 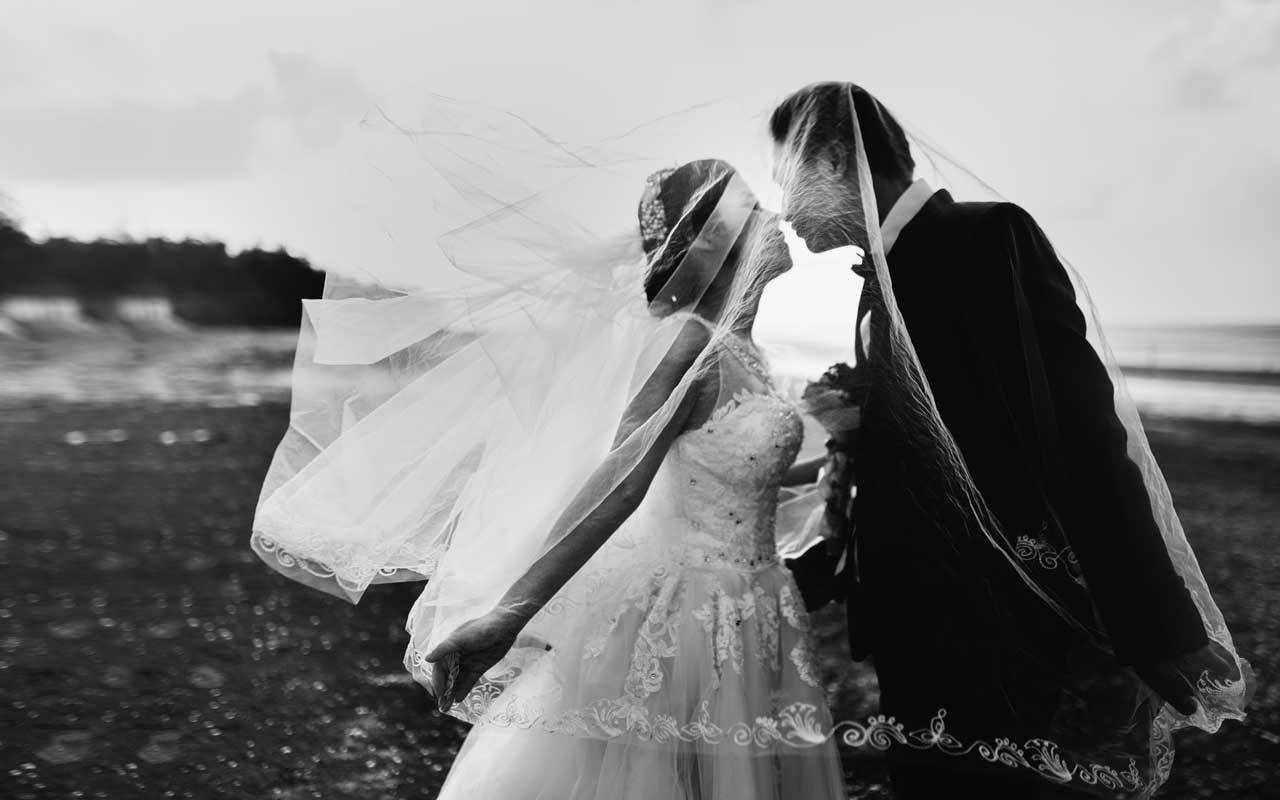 That’s why, even when memories get severely impaired – like with age, dementia or amnesia – people still remember how to walk and talk.

This measurable process is one of the most tangible pieces of evidence that explains the difference between explicit and implicit memories.

What are the other differences?

What Is The Difference Between Implicit And Explicit Memory?

The processing of implicit and explicit memory are very different.

By now, most neuroscience experts agree that implicit memories are the ones not stored on purpose.

You’re not conscious of why they’re in your brain or when you learned them. And sometimes you’re not even conscious that you have them. 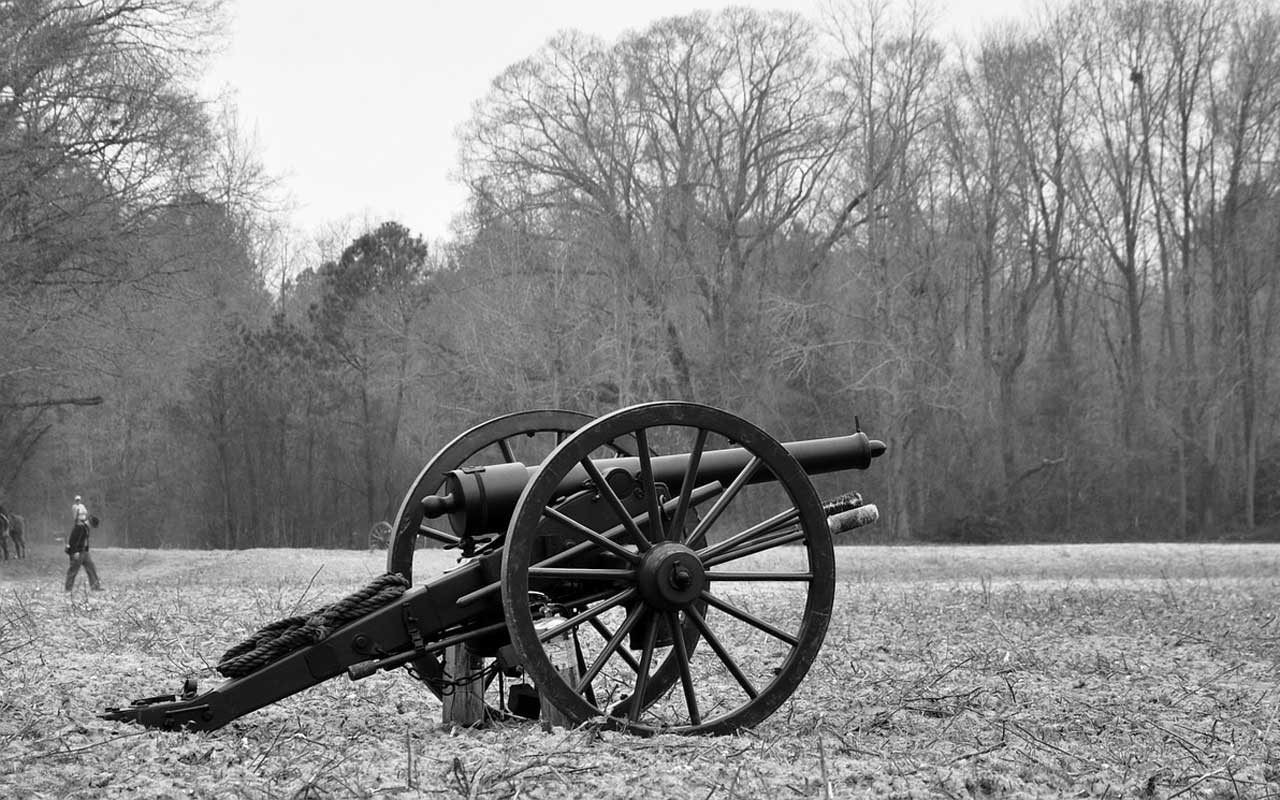 Explicit memories are the opposite.

You actively learn your date’s name and what they like. You actively learn (or, at least try to) about the Civil War for your test. Explicit, or declarative memories, require conscious recollection to be used. It is classified into episodic memory and semantic memory.

And those conscious memories you have may even become implicit memories, with time and practice.

Let’s break down each type of implicit memory.

Three subdivisions of implicit memory are: 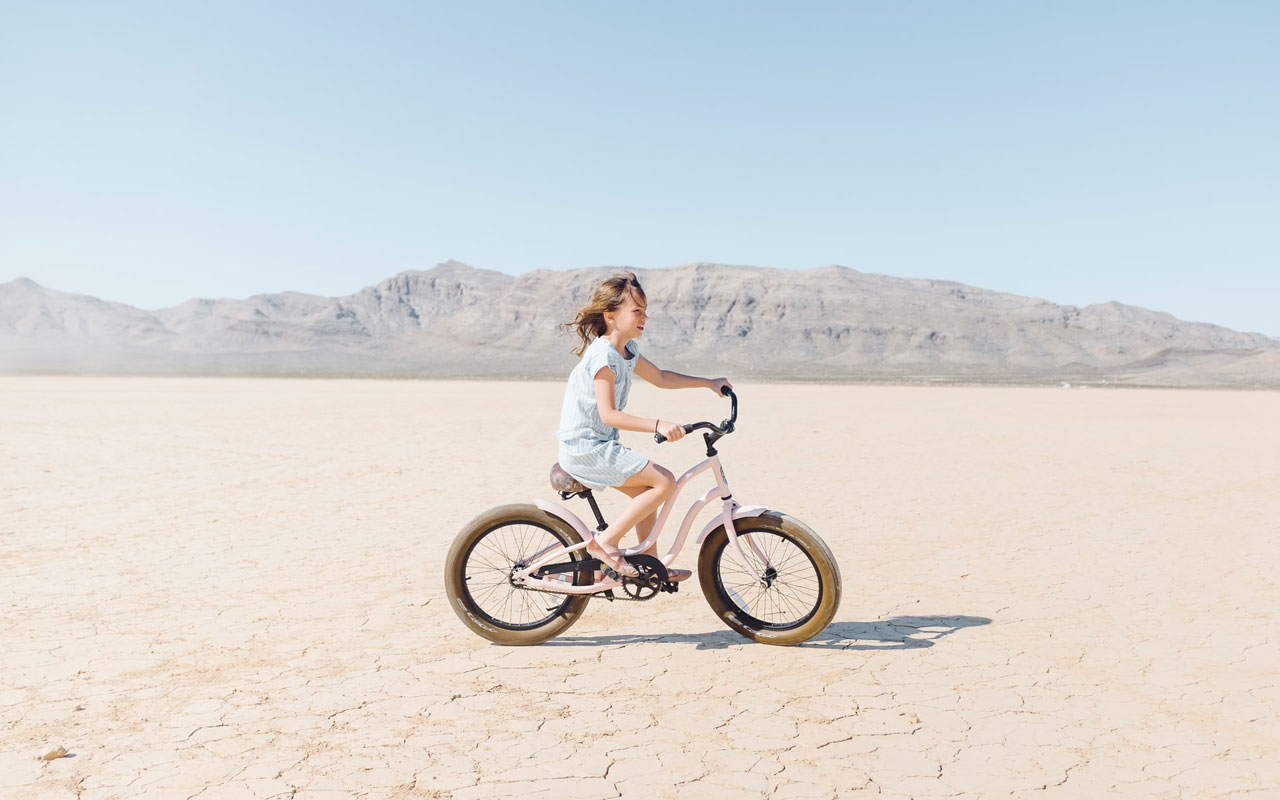 Notice how you never forget how to ride a bike? That’s your procedural memory at work!

Your motor cortex, which is part of your frontal lobe, is the one in charge of your skill learning and memory processes. When you’re dancing or keeping proper form at the gym, your motor cortex is processing your movements and coordinating your muscles to work with your memories of those movements.

Some other examples of this type of memory are:

Scientists concede that while procedural memories decline with age, prior training or expertise in motor skills can preserve your implicit memory as you age.

For example: goldsmiths, watchmakers, typists, and piano players – those who were experts in their task – showed a lower cognitive decline with age.

Priming is your automatic response to stimuli from previous experiences. It can be positive priming or negative priming. It activates parts of your associative memory to recall something. 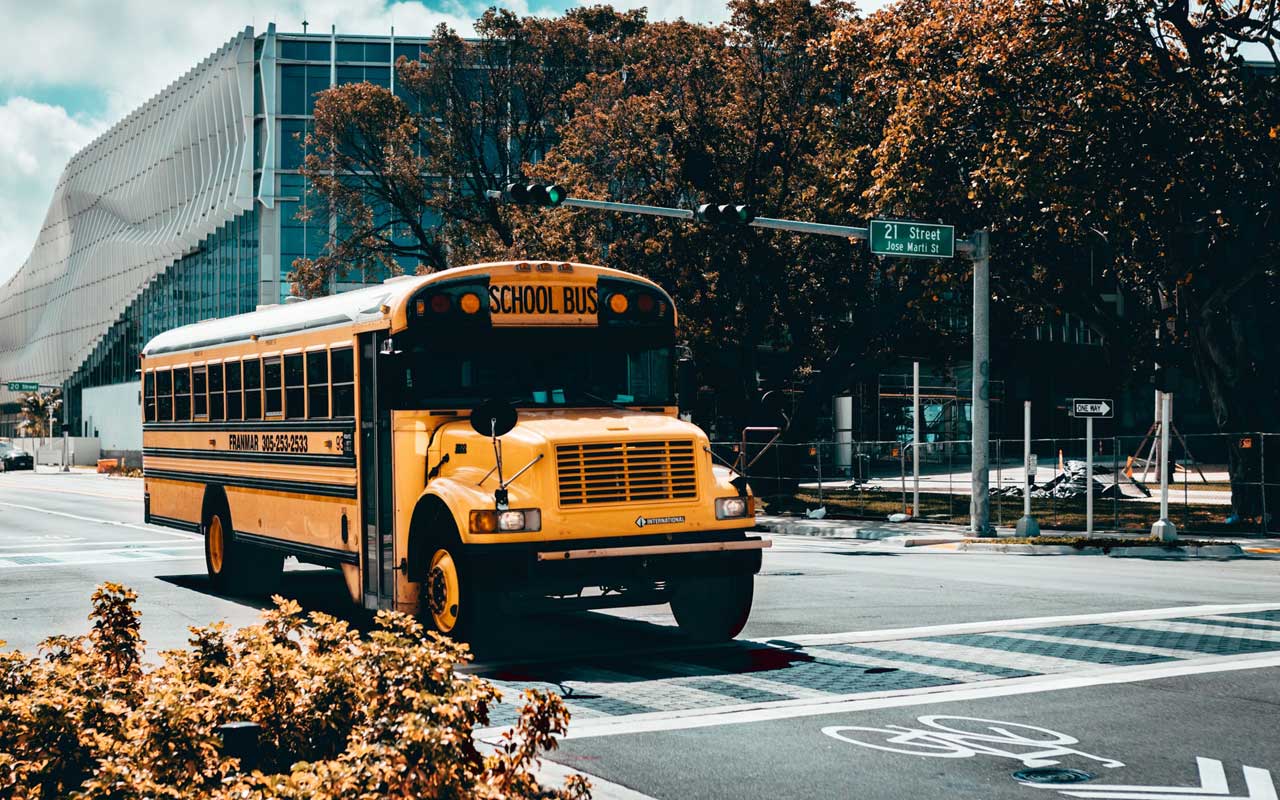 Remember the horror movie involving the spider I told you about? Why did you scream and run when you saw a harmless spider in your kitchen?

It’s because your brain was conditioned (primed) to recognize spiders as something dangerous from watching the movie (previous experience).

If you read the word “school,” you unconsciously associate it with other concepts like “student,” “recess,” and even the image of a big yellow bus, depending on your individual experience.

Unlike procedural memory, there’s some evidence to suggest that priming’s performance levels can deteriorate in the elderly, although neuropsychology experts are unsure why.

Compared to procedural memory and priming memory, classical conditioning is a type of implicit memory that enables you to learn through association. This is done on an unconscious level. 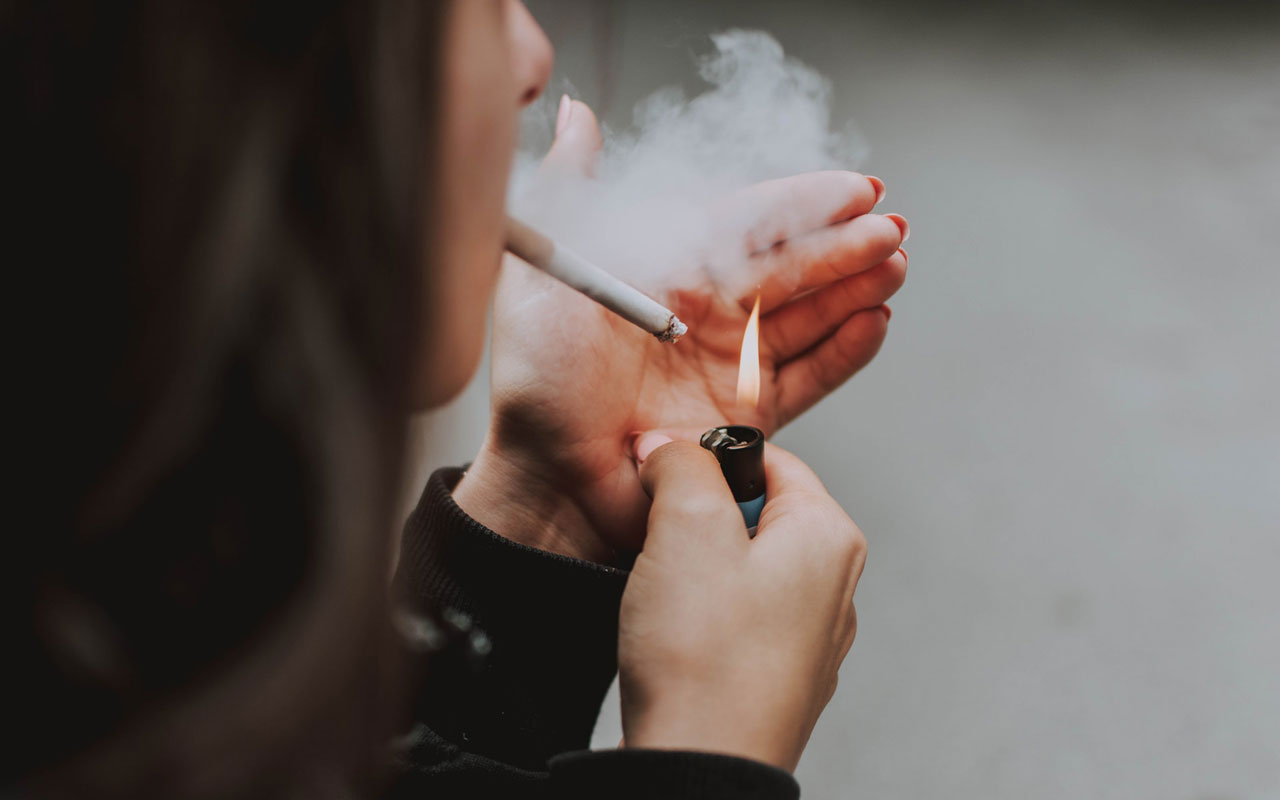 This is how classical conditioning generally works in psychology:

You associate neutral stimuli (such as a sound or a light) with another stimulus (such as food). This association then creates a natural response, like enjoyment or salivation.

For instance, if you were bitten or chased by a dog in your childhood, you may unconsciously associate dogs with pain and fear. Therefore, you may become wary of all dogs in the future.

With in-depth psychology learning, classical conditioning can be used successfully to change or modify behavior in substance abusers and chain smokers.

What other ways can you use your memory to aid you?

Take Control Of Your Memory

You can’t pick and choose what goes into your implicit memory. Instead, you can take steps to improve your overall learning and memory.

Here are three easy ways to take control of your conscious and unconscious memory.

Just like exercise strengthens your body, an attentive brain supports better memory. And better memory equates to a smarter brain. 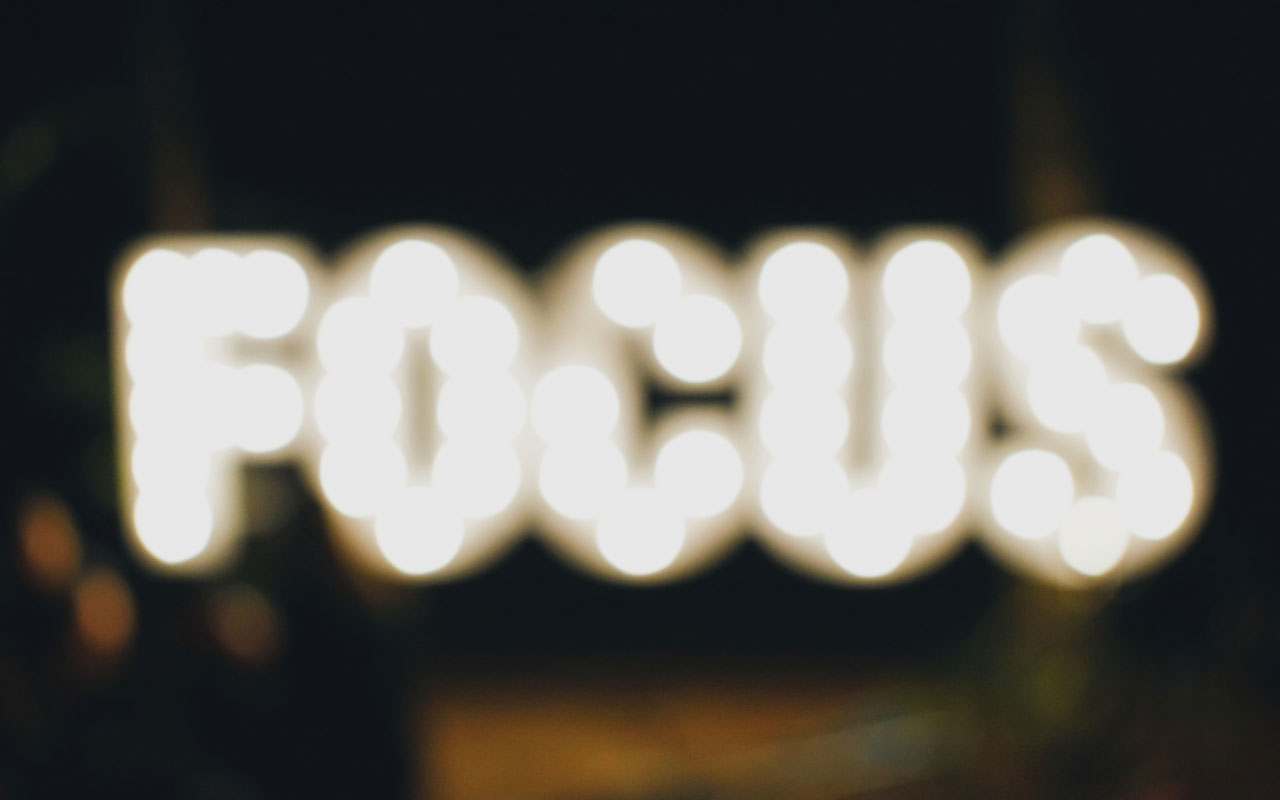 In a study with mice from MIT, researchers found that astrocytes, a type of brain cell, get activated and interact more with neurons when the brain is paying attention to what it’s seeing.

According to the researchers, this “leads to long-lasting memory of that stimulus.”

These findings can also be applied to human memory. When you concentrate on a task, you’re telling your brain to pay attention. When you focus on the task at hand, it gets stored in your long-term memory with better permanence.

To make concentration more manageable, get enough sleep, avoid multitasking as much as possible, and make sure you’re in a quiet environment.

If a picture is worth a thousand words, why learn a long list of words when you can memorize one image? 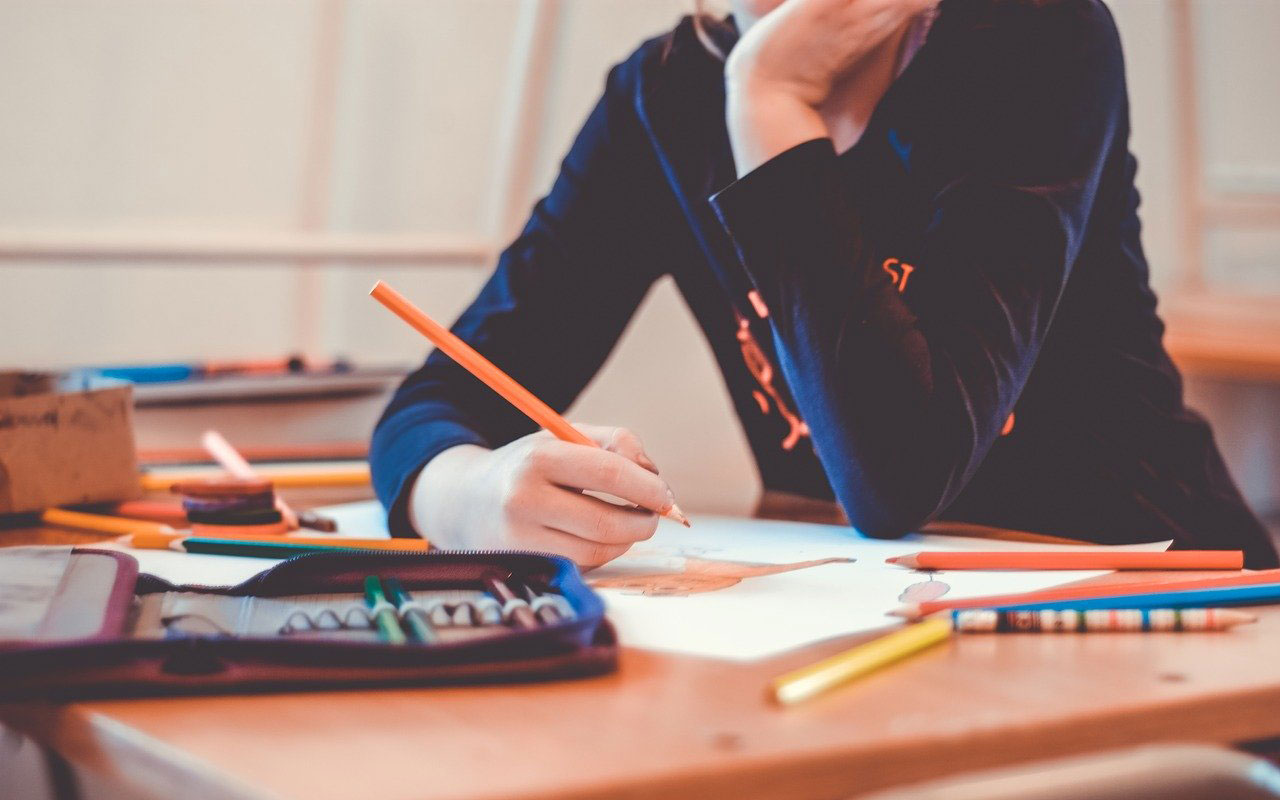 The human brain is particularly good at storing visual memories. What’s more? Visual memories are easier to record in your implicit memory.

Draw what you’re trying to remember. Or, visualize the images inside your head to remember multiple things at once.

If you struggle with imagery, try this creative memory exercise: Look at an apple and then try to “rebuild” it in your mind.

The more you do such activities, the easier it will be for your brain to translate a word or concept into an image or a series of pictures. Once you have these images, you can use them to memorize anything.

Any images and associative ideas you create can help you become a living, breathing mnemonics dictionary.

Want to improve your memory and have fun doing it? 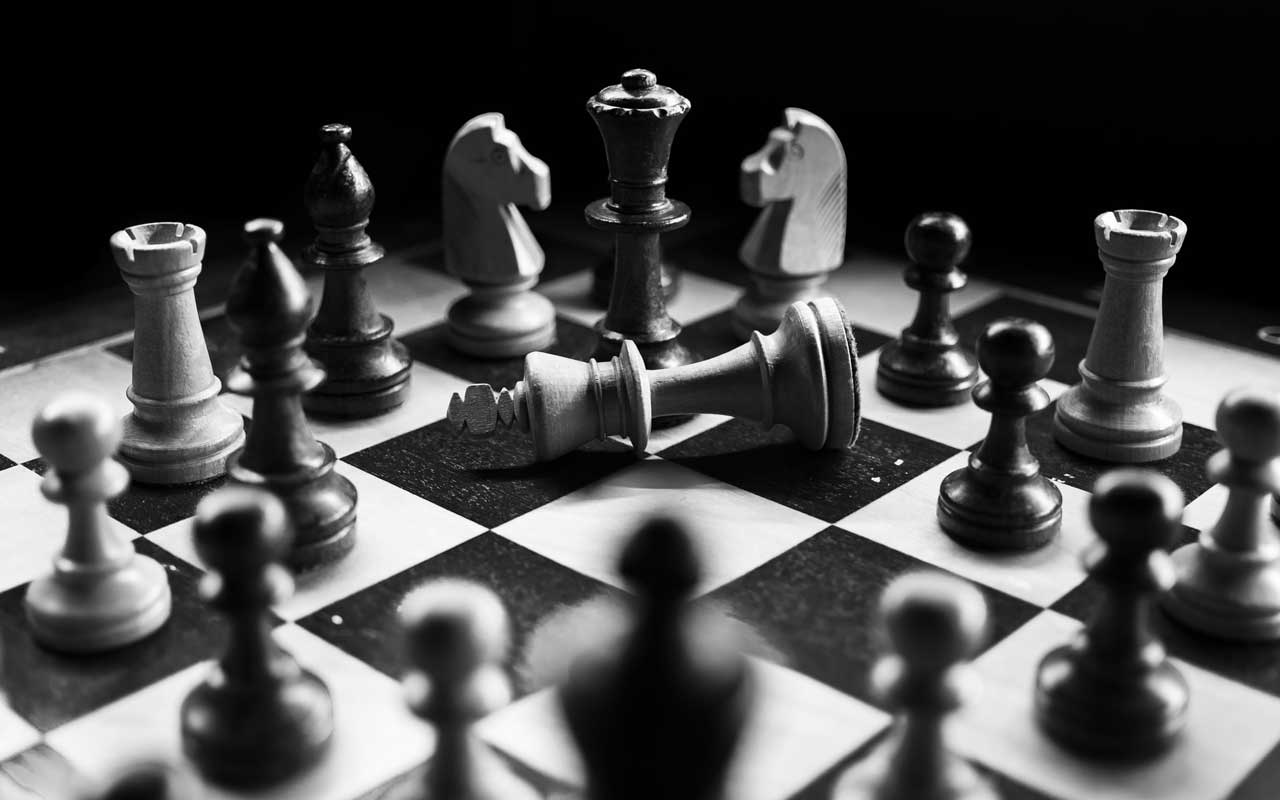 A promising study with over 700 subjects found that brain training in the form of a game can actually maintain and improve cognitive skills among older people.

Some games do over-inflate their capabilities, but even if they can’t reverse Alzheimer’s, brain games are a fun way of keeping your brain in shape.

However, remember that your brain game exercises should either improve your focus so you can associate better or assist you in creating easy associations. When I want to stimulate my mind, my go-to technique is association.

As with most things in life, your brain fitness sessions should be targeted at specific goals. Only when you direct your efforts toward specific life improvement goals will you get tangible results and avoid cognitive decline.

May Your Implicit Memory Be Magnetic

If you really want to keep your unconscious memory healthy and sharp, combine the three methods outlined above with the Magnetic Memory Method.

Building Memory Palaces the Magnetic Memory Method way can almost triple your memory capacity. And once you know how to build Memory Palaces reliably, you can retain and recall any information — any time, any place!

Curious to know how it works on your implicit memory? Get started with the Magnetic Memory Method Masterclass.