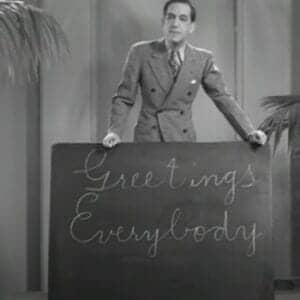 How would your life improve if you could perform six mental operations at the same time?

Do you think it would help you tap into more of your brain power?

And he proved it many times, often by writing out quotes from books in both hands while talking to his audience about other topics.

He claimed his mind was perfectly average. He told thousands of people around the world that anyone could perform multiple operations at the same time.

I agree, and here is why:

I’ve been practicing exercises from Harry Kahne’s Multiple Mentality Course for years. Although I can’t perform many of his impressive students, here are a few benefits I’ve experienced along the way:

Of course, I’m not practicing these techniques to deliver stunt performances… the odd time I might recite the alphabet backwards while juggling:

The real reason I perform demonstrations is to aid my research into how to use memory techniques better. I’m also constantly crafting new brain exercises so others can experience mental sharpness that lasts.

For one thing, there’s a lot of warnings out there against multitasking out there – most of them very good. 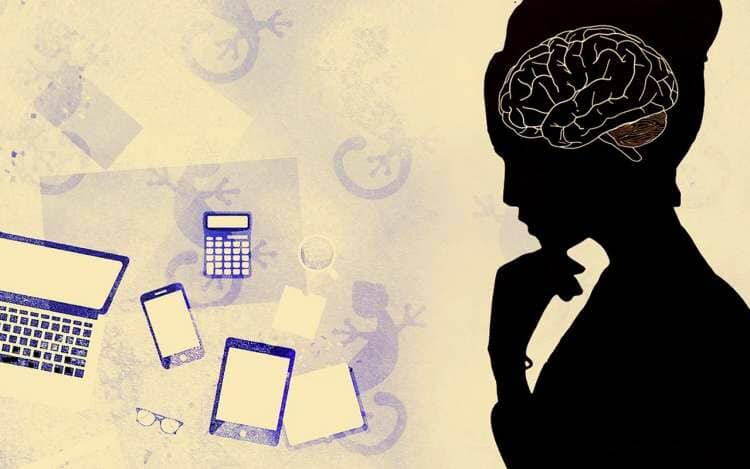 Normally, we’re told to avoid multitasking. But is this always a good thing?

But when it comes to using mnemonic devices to memorize, say, all the names in a packed room, we definitely need to multitask in our minds.

Directing multiple mentality at our use of memory techniques seems to me the finest possible use.

So let’s dive deeper into who Harry Kahne was and what multiple mentality is all about.

Who Was Harry Kahne?

He demonstrated this by performing demonstrations where he would write upside down with one hand, backwards with the other, all while reciting poetry. 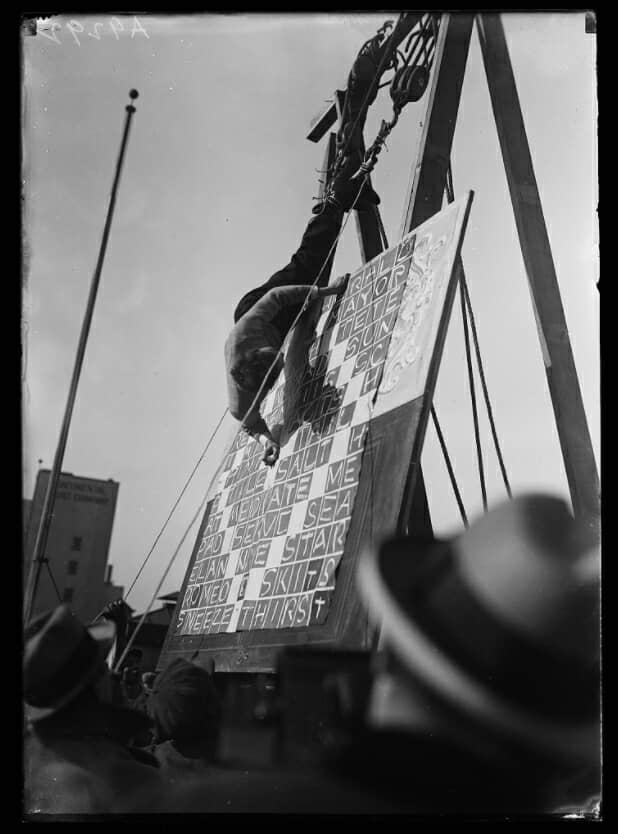 Or, he might solve complex calculations with his feet while speaking to his audience as his hands wrote out newspaper headlines from memory.

Born in 1894, Kahne said that he started practicing multiple mentality during school. His teachers kept catching him daydreaming, so he devised a way to read his school books and daydream at the same time. 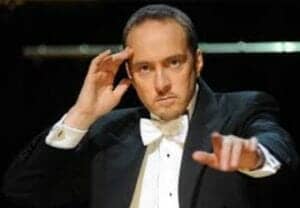 By the time the 1920s rolled around, Kahne was touring as The Incomparable Mentalist.

I don’t know if Harry Loryane ever saw Kahne demonstrate his skills, but certainly these kinds of performances were common on the vaudeville circuit at that time. These days, Kahne’s work looks more like what we see from mentalist Derren Brown.

To help other people learn how to perform several operations at once, he explained how others can practice the same “mental gymnastics” he used to develop his skills.

Hopping into a time machine to attend a live lecture with Kahne is sadly not possible (yet).

But we can find a PDF or webpage version of his teaching, and it is incredibly helpful.

One: Why People Fail To Exercise Their Minds

Kahne feels that schools focus more on socializing individuals than it teaches them to think. He also points to modern comforts as a source of weakening the mind, citing earlier survival requirements as being essential to better thinking.

Although I think Kahne is right that needing to hunt, farm, build shelter and raise a family without the luxuries of contemporary medicine required more thinking, I don’t quite agree.

For one thing, those skills have very little to do with writing poetry in reverse with your hands while verbally solving math problems. 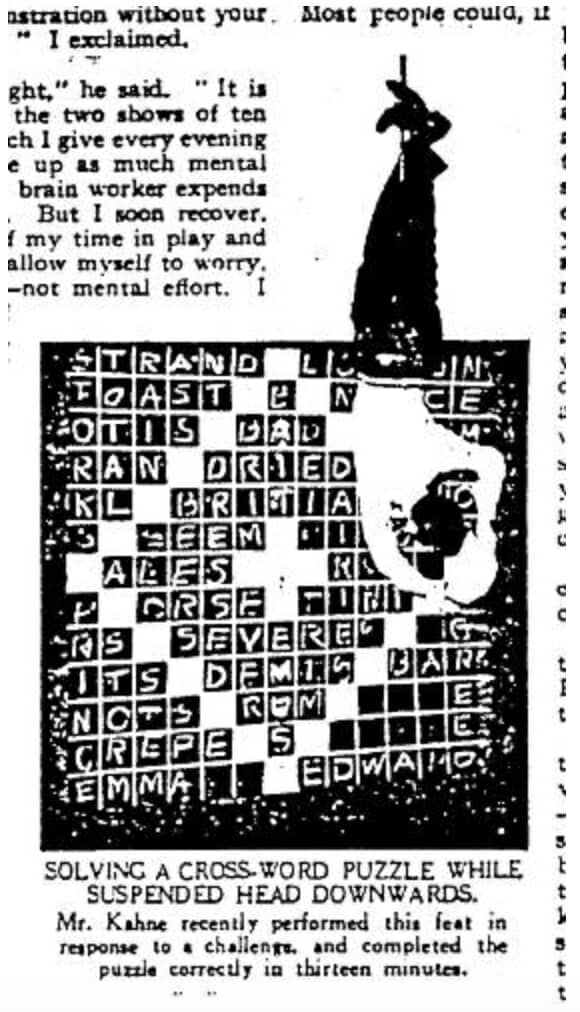 Also, we have the problem that the very reason we have so many luxuries comes from masses of people who have developed improved thinking skills. Kahne’s historical fallacy in this regard suggests that his objective reasoning might not have been as improved by multiple mentality as he claims.

Nonetheless, Kahne is correct that all of us need “warming up” when it comes to using our mental abilities better. In fact, this point shows up in creativity studies. 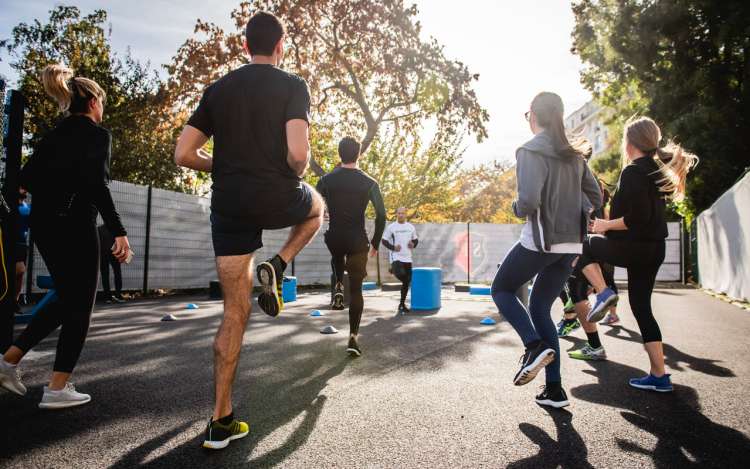 Just like your body needs warming up before exercising, your brain needs it too.

For example, Dr. Robert Epstein is a leading authority on creativity. In numerous articles, many gathered in his book, Cognition, Creativity, and Behavior, Epstein shows how a quick warmup improves creativity, focus and attention while engaged in more complex tasks.

This is why I like to quickly memorize a deck of cards or juggle while reciting the alphabet backwards before sitting down to do any writing or language learning.

Kahne explains that these are the most important aspects of his training. Having practiced them myself, I can see why.

First, he asks you to write out the alphabet backwards… from memory. Unfortunately, he doesn’t teach you how to memorize it in reverse order, and gives the bad advice that you should write it out 50 times to learn it.

That’s too much work! So to reduce all of that unnecessary repetition, I teach you how to memorize it backwards in the Magnetic Memory Method Masterclass. 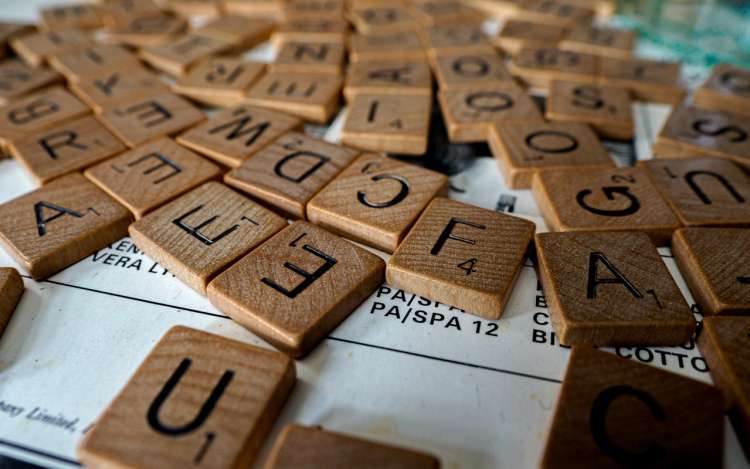 In addition to working with the alphabet in reverse order, Kahne asks you to:

I would also suggest that you learn the number of each alphabet letter. You can rapidly do this by using the pegword method and a Memory Palace.

Starting with 3-letter words, Kahne asks you to write one word while spelling another out loud.

It’s actually trickier than it seems – give it a try!

From there, move on to 4-letter words and beyond. 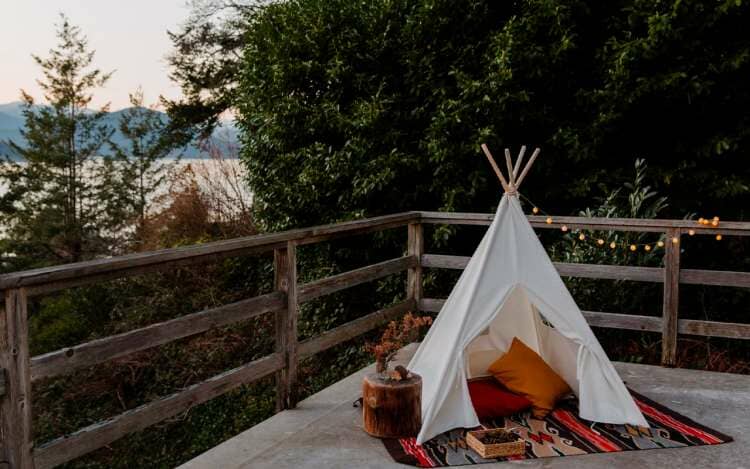 There are many ways to increase the challenge of Kahne’s multiple mentality exercises. For example, you can visualize other things while performing them.

For an additional challenge, try visualizing something completely different. For example, as you’re spelling “tree” and writing “cart,” imagine a tent.

Kahne asks you to find forty words and write them on paper.

Then he asks you to crumple the paper up and write all those words again on a fresh piece of paper.

I think he’s quite misguided in asking you to repeat this 25 times or more. You could just learn how to memorize vocabulary and get the list correct the first time.

For a great word generator, I suggest the IAM memory training website. It generates words, numbers and other memory competition-related material for you. It also lets you test your results.

Or you can just grab a deck of cards and memorize those. 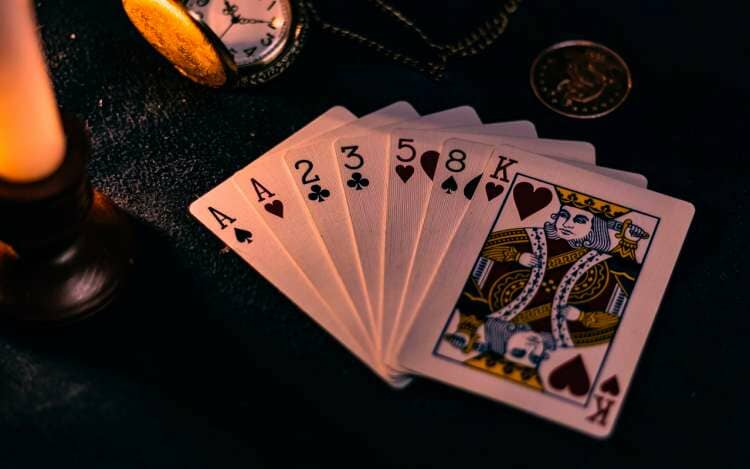 Memorizing playing cards is a powerful form of brain exercise that uses multiple parts of your mind.

Five: Recite Poetry While Writing Your Name And Address

Although Kahne gives no instructions on how to memorize poetry, this is a great exercise.

As Kahne points out, however, your address is going to be rather easy.

To increase the difficulty, recite a poem while writing out the address of a friend.

Next, Kahne suggests that you take the 4-letter words you memorized and start recombining them.

For example, if you memorized fish and cart, you would spell something like “fictrash.”

Or, if you intermingle them in order, it would be one letter from each word interleaved:

It’s actually REALLY hard to do correctly, and typing presents a different kind of challenge. You can think of it as the mental version of preparing your fishing line. 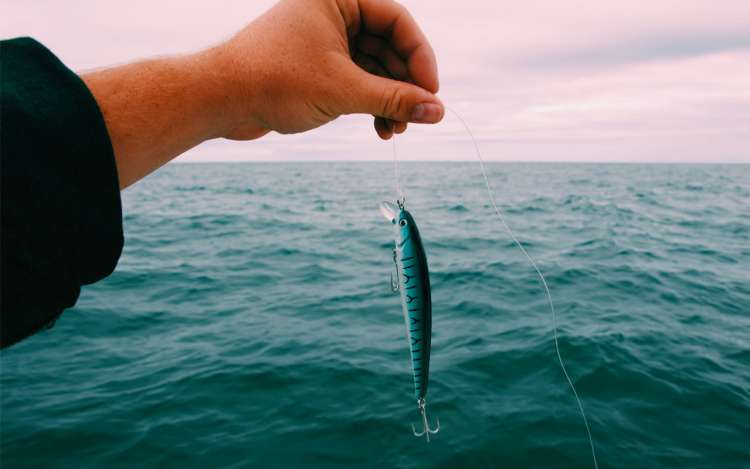 This particular brain exercise is kind of like preparing fishing line in your mind.

Kahne suggests you spend 20 minutes daily on intermingling the letters of words.

The only change to this exercise I would suggest is that you quickly do this after memorizing vocabulary from the IAM lists. And I’m not convinced you need to spend quite so much time on the exercise. Probably 5 minutes will do.

There are many more exercises in the Multiple Mentality Course. I’d be robbing you of the opportunity to discover them for yourself when you read it.

But to skip to the kingpin of them all, imagine memorizing three verbatim texts, say a poem, a speech and a list of 3-digit numbers.

As you recite the memorized speech, you write the poem with your left hand and the digits with your right hand. 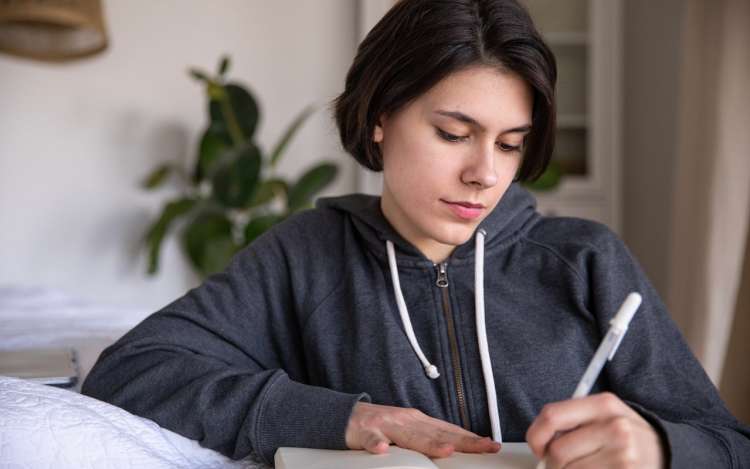 How will you get there?

Will Multiple Mentality Really Help You?

But practicing these skills has been noticeably beneficial to me because I suffer from brain fog if I don’t get enough mental exercise.

Plus, I have so much chronic pain to deal with, I need the mental strength these activities bring in order to cope.

And all the more so, given that I myself have to memorize speeches and deliver them well.

Even if some of the ways I use these exercises are not as elaborate as Harry Kahne’s demonstrations, given all the challenges I face, I need all the mental robustness I can get. And these activities deliver. 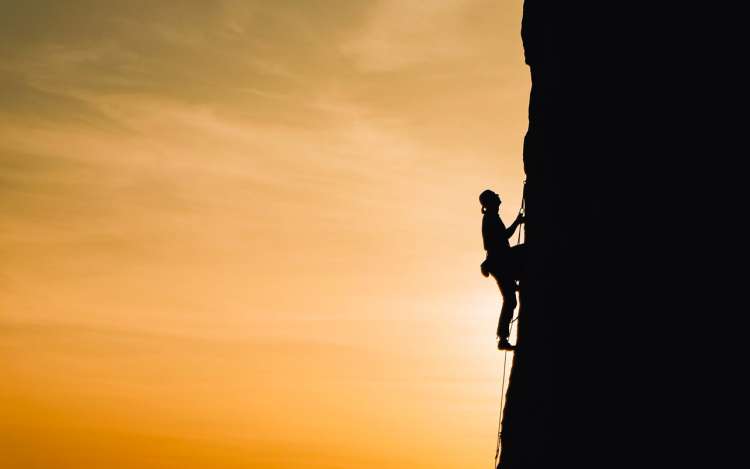 Taking on challenges is key to mental growth throughout life.

The real reason I think these exercises work is simple:

Beyond that, they get you working with information in ways we’re not used to doing. This simple “out of your comfort zone” stretching provides mental dexterity we wouldn’t have otherwise.

And if you think about it, the other ways of developing such skills of the mind are very similar:

Reading a lot, drawing from your memory frequently, combining ideas in different ways. 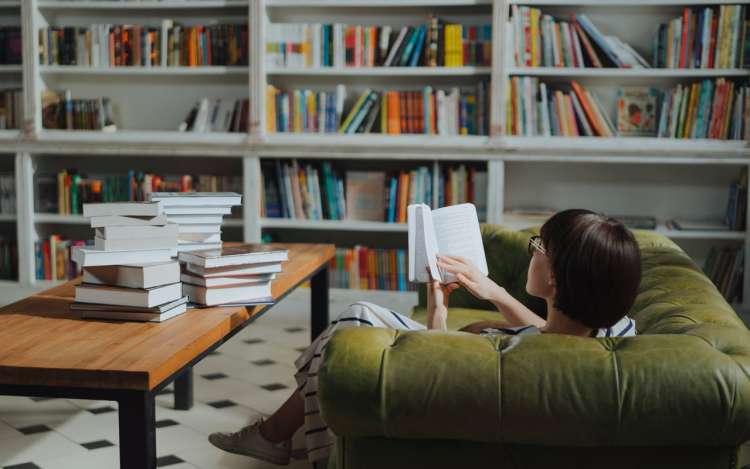 Those things are draining, however.

That’s why using Kahne’s exercises as warmups has helped me do all the things I do, both in memory and running this site. Think about how many years I’ve been juggling the MMM Podcast, Blog, YouTube channel and the courses – talk about multitasking!

All that said, here are my main concerns:

But that’s okay. It gives me the opportunity to fill in the gap through a free course I invite you to sign up for now.

When you add memory techniques to the exercises we’ve talked about today, I’m sure you’ll find all of Kahne’s exercises beneficial.

In fact, I’m not sure I would have been able to use ars combinatoria without having practiced them first. And that skill has been very beneficial to me indeed.

What other mental exercises do you know that exercise multiple mentality?