The Memory Palace Of Hannibal Lecter – Legit or Pure Fantasy? 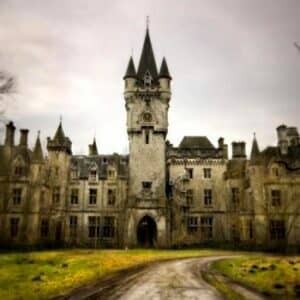 Normally when we think about the Memory Palace technique, it’s for virtuous outcomes.

For example, medical students use it to learn the skills that help them save lives.

In fact, this fictional doctor has such a horrible memory problem, the ways he uses the technique almost puts it to shame.

Good thing then that it truly is the stuff of fiction.

How exactly is memory and the Memory Palace technique presented in the vast number of stories that have sprung from the original Thomas Harris novels? 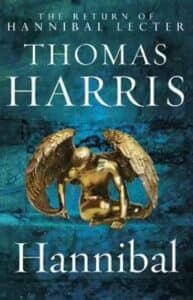 Let’s have a look and think through some ways you could turn a bad relationship with your memory into a force for good.

An Overview of Hannibal’s Memory Palace

The first interesting thing about Hannibal Lecter is not so much memory, but language learning. For example, Lecter is said throughout the stories to be have studied:

I raise the point partly because it lets me make a scientifically valid pun: bilingualism is proven to be good for your brain, especially if you become a polyglot.

I also point it out because it’s part of Hannibal’s character as a well-studied individual, particularly one who murders many of his victims to teach lessons.

“Lecter” connects to words like “lecture” and “lector” which means reader in Latin.

But the name is also close to lēctūrus, which has meanings related to choosing, gathering and even stealing – the exact behaviors of serial killers.

The Memorable Buildings In Lecter’s Life

The next thing we should focus on are the buildings Lecter might have used for his Memory Palaces. Theoretically, these might include:

As far as I can tell, few of these buildings would be like the Norman Chapel, which is a very different way of approaching the Memory Palace technique.

By his own definition, Lecter’s Memory Palaces aren’t about storing information related to learning faster.

Instead, he primarily uses his “Memory Palaces” to mentally revisit the places being imprisoned prevents him from seeing.

Since he seems to know a lot about architecture, it’s little surprise he uses old churches. In fact, the most famous Hannibal Lecter Memory quote is:

“My palace is vast, even by medieval standards.”

This quote proves that he’s not really using memory techniques.

Few, if any memory masters would have only one Memory Palace. My friend Nelson Dellis, for example, has over 300!

The best part? Memory Palace examples are in abundance for anyone to take inspiration from.

I feel that the series of books, movies and serial episodes aren’t so much about what Hannibal Lecter likes to remember, but what he has repressed.

True, Hannibal refers to ancient memory improvement books like the Rhetorica ad Herennium. But we never see him using the technique to learn anything.

Instead, the dramatic focus is always on the negative aspects of his relationship to memory.

For example, there’s a symmetry between him being an astute language learner only to spend quite a long time without speaking to anyone.

He’s also said to have repressed memories of his sister.

Lecter’s self-induced forgetting later has a symmetrical relationship in the novel Hannibal. We see this when Lecter hypnotically induces Clarice Starling into serving as a proxy for his murdered sister.

It is ultimately repressing memories that turned Lecter into a killer, and there’s nothing I’ve seen in the series about using the techniques to remember information.

Rather, as Jessica Balanzategui has pointed out, memory serves throughout the stories as a symbol for repression and desire. 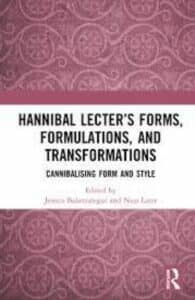 To be clear, the series does talk about him using this technique as a “mental system.” But it never shows him using it – certainly not for any positive outcomes like language learning or passing med school exams.

It is primarily depicted as a tool used to escape the punishment he deserves.

Resources For Creating Your Own Memory Palace

When we focus on the positive, Thomas Harris talks about what is usually called the Roman Room technique.

Harris attributes it to Cicero, who is often mistakenly credited as the author of a book from 90 BCE that contains Memory Palace instructions called Rhetorica ad Herennium.

This technique is also sometimes called the method of loci or the journey method.

For “next level” applications, you’ll also want to learn the Major System, Pegword Method and develop a PAO system.

One inspiration you can take from the Lecter approach of using medieval buildings is raised by memory expert Chester Santos:

As Santos suggests, you can mentally transform rooms in buildings so that your memories stick better when using a Memory Palace.

You can even try doing this with invented or virtual Memory Palaces.

For the best possible success with this ancient memory technique, pleasure consider giving my free course a try:

I’m not trying to rain on anyone’s parade.

I’m grateful for anything that draws attention to any mnemonic devices.

But mental health issues are real. People who do not deal with bad memories in appropriate ways can wind up leading criminal lives.

That’s why a lot of my recent work has involved teaching people how to use the Memory Palace technique to deal with harms created by issues like PTSD and depression.

If that’s you, consider going through this guided meditation:

If you need more help, consider reading my book, The Victorious Mind.

The Memory Palace is a powerful technique, so what do you say?

Are you ready to use it as a force for good?