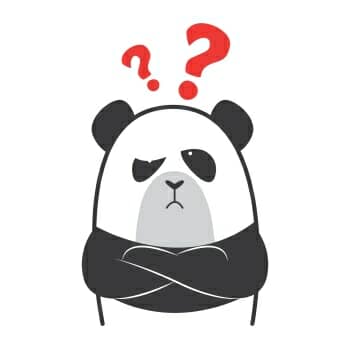 Go ahead and admit it.

You’re skeptical that memory techniques will work for you.

You might even be skeptical that memory techniques work at all.

I mean … those memory champions could be using mirrors or some kind of technology, right?

They’re absolutely not, but … who hasn’t given it a thought when you hear the incredible results of memory improvement training.

All under the pressure of time, cameras and competition.

As scientifically proven as the memory techniques are …

Your Skepticism Is Good!

It turns out that the more skeptical you are about memory techniques, the better they work!

And over the years, I’ve discovered 3 reasons why skeptics succeed with memory techniques better than anyone else.

The problem could be that you’re just not skeptical enough.

Kind of a weird place to start, right?

Because skeptics tend to follow, in one way or another, the laws of a universal rule:

The responsibility for demonstrating the validity of a claim falls on the person making the claim.

If YOU say something outlandish like, “Memory techniques won’t work for me” …

… AND you’re an ethical person …

YOU Will Do Something To Prove That You’re Right!

And that’s where the fun begins.

Because it’s almost impossible NOT to succeed with memory techniques if you’re ethical. And you have to be seriously getting in your own way to make failure even a remote possibility.

People anxious to prove that they can’t use memory techniques bring truckloads of determination.

So much so that they’re able to quickly overcome the objections that people with only a passing interest in training their memory allow to disrupt them.

What are these objections?

… and a slew of other negative self-talkisms that no true skeptic would ever let stand in their way.

No, skeptics want badly to get at the truth. So they tackle the training with all the due diligence it deserves.

Aren’t you starting to wish that you were a skeptic too? 😉

Think about it this way:

The fact that the skeptic motors in with all guns blazing to prove that they can’t do it is one level of energy.

The energy of total surprise and excitement from getting results! Because lo and behold, these skeptics discover … the memory techniques do perform with ease after all!

And when that second level of energy doubles back to the memory of their skepticism … it grows even bigger!

Because they’ve returned to their ethical core and accomplished something profound.

They didn’t sit around whining and crying about their doubt.

They went out and investigated.

They picked the purportedly miraculous skill apart and learned it in the process.

And, of course, to really learn memory techniques, you’ve got to also use them.

And when that happens …

You bet it is.

Just like it was for Tom, who attended one of the live Magnetic Memory Method trainings I give around the world.

On this particular occasion … Guilin, China.

At the end of the second session, Tom came to me and exclaimed, “You changed my life!” 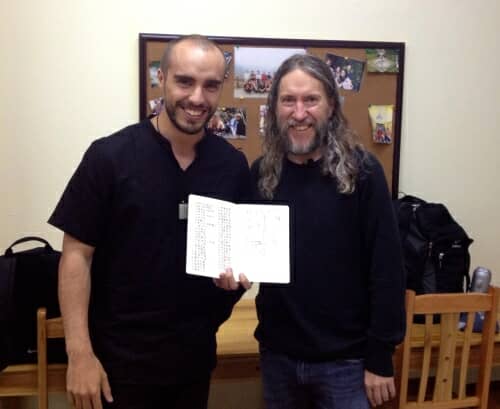 To be honest, that bold claim made me a bit skeptical!

So we chatted a bit and I understood he was sincere.

But it wasn’t until the third day that he told me just how skeptical he’d been.

Listening to me talk …

… even before he took action …

It was creating a plan of attack!

And even in the planning, Tom could see that …

He Would Fail To Prove That Memory Techniques Don’t Work!

Although … here’s the ugly truth.

The truth is that memory techniques don’t work.

It’s YOU who work the techniques. Never the other way around.

You don’t ask a skipping rope to fly in circles in the air, do you?

No! You pick it up and twirl it around your body as you jump up and down.

And the benefits of doing so?

But for some reason, many people expect to buy a memory improvement book or course and have some kind of otherworldly, spellbinding transformation.

Well … that’s not so far off the mark. If you work the memory techniques, you absolutely can experience an entrancing metamorphosis of memory ability most people only dream of!

But you’ve got to understand that all memory improvement begins and ends with picking up the tool and using it.

He was too determined to pick up the tool and use it to prove that the memory techniques don’t work.

He had to work the techniques!

And so the third day he returned to me and said again, “You changed my life!”

But this time it wasn’t just with the claim that I’d changed his life.

It was with a Magnetic Memory Method Memory Journal in tow.

All the instructions followed to the letter.

And let me tell you …

And on the page beside it, two columns of Chinese idioms.

And What Happened Next Didn’t Surprise Me In The Least!

You see, I’ve encountered many times before.

Not that it doesn’t give me a thrill each and every time.

Quite the opposite. As I listened to Tom recite 20 Chinese idioms off the top of his head, my heart exploded with pride, excitement and the absolute edification that comes with seeing yet another skeptic move over to the Magnetic side of the Force.

But oh how Tom doubted!

And oh how he let his skepticism be his prime motivator.

Which leaves us now with possibly …

The Most Important Memory Improvement
Question In The Known And Unknown Universe!

If you’re not already a skeptic, but you’d like to have the energy of a skeptic so that you can finally get some results, how do you bring the power of positive skepticism into your life?

I’m so glad you asked because I’m unusually equipped to help you answer the question.

After all, back during my professor days, I taught a fourth year course in Critical Thinking for a couple semesters.

And now you can enjoy the broad strokes of that course in just a few minutes.

What You’re About To Learn
Will Improve Your Entire Life

It begins by inspecting information more closely than before.

Instead of glossing over everything all the time, peer between the lines.

And ask you think and ask questions …

And go in with a particular attitude when you do:

Expect Specific Answers That Make Sense And Must Be True

So in the case of memory improvement, if a claim doesn’t seem quite right (which is often the case in information about memory supplements), go to the source and ask pointed questions.

Expect real answers and don’t be satisfied until you get them.

But please understand that when it comes to memory improvement training, it’s something you learn by doing. So you need to know the difference between inbound questions and outbound questions.

And it’s usually more appropriate in this case questions like:

And when you get to this point, test the facts against your own experience.

And keep track of the results.

A Memory Journal is one of the best ways to do this and you will deserve massive congratulations.

But because you’ve finally accomplished something truly special.

Because here’s what a skeptic really is (courtesy one of my favorite blogs, Science Based Life):

A skeptic is a person who withholds judgment on beliefs, claims, and topics, until the relevant evidence is examined, regardless of previous beliefs etc. Only under a verification of said evidence will a claim etc. be considered valid.

And notice that it is “withholding” judgment, not refusing to examine evidence.

And in this case, all the evidence you need is in the scientific journals.

It’s in the anecdotal descriptions and historical records going back thousands of years.

It’s in the annals of the World Memory Championships which recently celebrated 25 years. And there are many, many more competitions out there who also verify incredible feats under test conditions and track everything.

But there’s no place you need evidence more than inside your own head.

And the only way to get it there is to simply create a Memory Palace and use it.

Every learning challenge you’ll ever face …

Benefits from the force and energy of skepticism.

And so all you need to do is ask the right questions and take responsibility for creating the evidence that will answer those questions.

So Now Let Me Ask You A Question:

Are you ready to start being a skeptic?

For the sake of your memory and the improvement of mental literacy around the world, I certainly hope so.

And if you’re not ready, let me know how I can help!