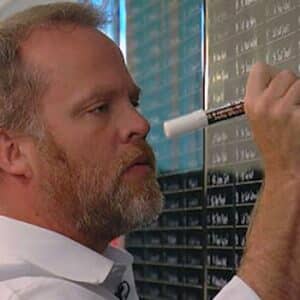 If you’ve spent any amount of time looking into memory improvement courses, you’ve come across the name Ron White.

Is his Black Belt Memory course any good?

And if you’ve struggled with other memory improvement books and courses, his approach might just be the ticket.

One reason why is because the course makes you earn your future lessons. You don’t just get to the next level by skimming and skipping around.

You have to actually complete tests in order to progress.

And in case you’re wondering, I know this from experience. I’ve completed the course myself. Here’s my Black Belt certificate: 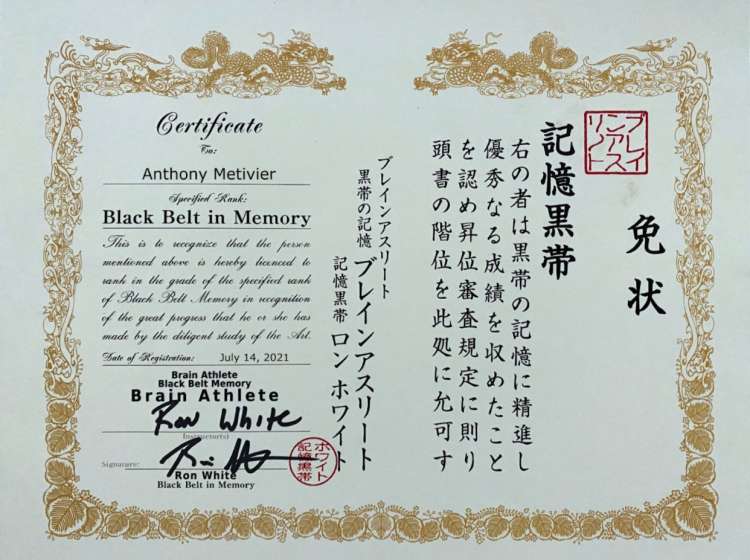 Receiving my Black Belt in memory after taking Ron White’s training was a great feeling!

Although I already know a fair amount about memory techniques, I still learned new things.

I had a lot of fun going through the program too.

And on this page, I’ll tell you more about what I learned and what you can expect.

But first, let’s talk about the man who created the course before digging into a full Black Belt Memory Review.

Who Is Ron White?

He has also served as a soldier and won several national memory competitions.

When it comes to the World Memory Championships, his records are also impressive. 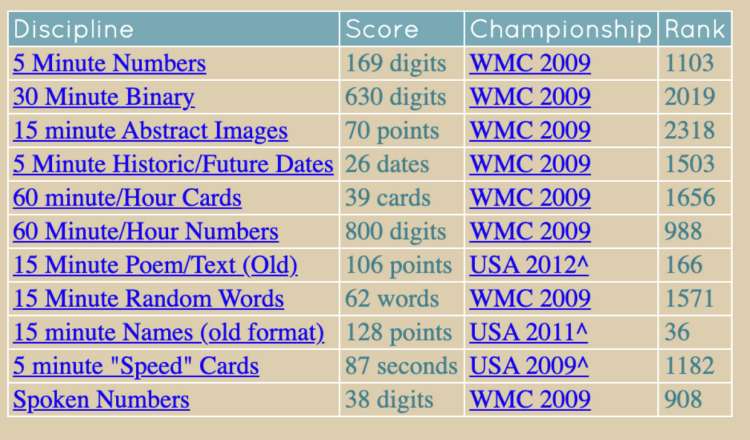 He’s also completed incredible memory demonstrations, such as the 7000 pieces of information involved in the Afghanistan Memory Wall project.

I wanted to learn more about these experiences, which is why I’m so glad Ron sat down with me for a long form conversation.

I hope by now it’s obvious to you that Ron White’s memory training course is more than legit.

And the man is not only a memorizing machine when it comes to using mnemonic strategies.

He’s a great teacher and provides tons of inspiration.

Ron also knows his history, so it was fun talking with him about some of the old memory books that contain powerful tips and tactics you won’t want to miss.

Black Belt Memory Review: What You Need To Know

As I mentioned before, this course is unique in that it requires you to earn your progress.

To be honest, I initially thought this was a little annoying. I really just wanted to check things out.

But that’s the problem isn’t it?

We get courses, skip around and then throw our hands up in the air and say… “Nothing new here.”

That’s wrong in nearly every case, and when you go through this program as Ron has designed it, there’s a lot new to learn.

Keep in mind too that “new” means a few different things:

So when Ron gets you to go through the training sequentially, it doesn’t matter whether you’re a complete beginner or an old master. You’re going to learn something new from the program.

Ron approaches the arrangement and encoding of information through what he calls files.

These can be used in different ways.

For example, you can have files that serve as numbers and images at the same time.

It’s kind of like the pegword method, but with more possible uses. You can use the filing approach to easily make any Memory Palace much more robust, for example.

Unique Approaches to the Major System

As Ron shared in the conversation we recorded, he combines the body Memory Palace with the Major System in a way that stems from Mega Memory.

I think it’s a brilliant adaptation. I wish I would have thought about it myself!

The coolest thing about it is that you can apply it to other bodies and use those bodies as files distributed throughout a Memory Palace.

In this way, any figure you place can instantly have ten individual stations instead of just one.

Ron’s Black Belt Memory is one of those rare memory training courses that goes through what matters most in memory: review.

You see, so many people treat techniques like the method of loci as if it were meant to be some kind of “eternal” treasure chest.

But that’s not the way it works.

Rather, these tools give us a solid means for reviewing information in a way that triggers what memory scientists call active recall.

If you aren’t following these patterns in an optimal way, your brain simply won’t form memories reliably.

And since reliable memory is what we want, Ron makes sure you know about it.

As if all that weren’t enough, Ron makes sure you know about diet, hydration and fitness.

We’re all getting older by the minute and we need to keep both our bodies and our brains as fit as possible.

The program doesn’t go as deep into this topic as it could, but I’m glad the basics are touched upon. 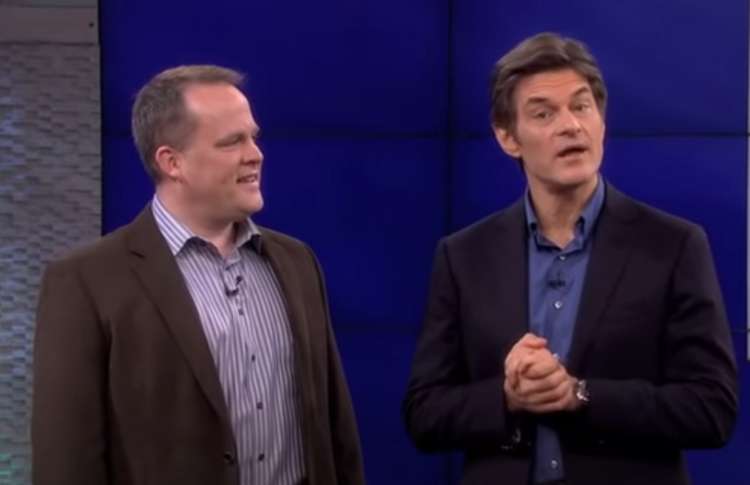 And there’s even a cameo with Dr. Oz!

Will You Earn A Blackbelt For Your Memory?

As I hope you can tell, I definitely think you should take this course.

And you might find that a bit confusing. After all, I’ve got courses of my own to offer, like the Magnetic Memory Method Masterclass.

When I taught philosophy as a professor, I never once said, “Only read Plato. Forget all about Aristotle.”

That would be foolish.

The reality is that you only get a full understanding by going through as many programs as you can.

Of course, there are some out there you can definitely skip.

But I’m very glad that I went through Black Belt Memory and grateful Ron took some time to have a detailed chat.

So if you want more benefits from his experience and some of the “next level” ways you can improve your memory, give Black Belt Memory a try.

I think you’ll be glad you did!