Why Questioning Everything Is the Smartest Thing You Can Do 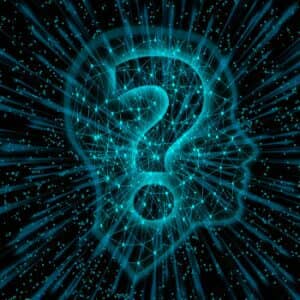 Do you want to know why questioning everything is the best policy in life?

It’s because humans are prone to error, including the smartest amongst us.

In fact, there’s a principle called “the curse of knowledge” that highlights this problem.

A popular example of how this plays out in life is in the exchanges between Dr. Watson and Sherlock Holmes.

Holmes often points out how Watson doesn’t see the simplest things simply because he doesn’t question the details enough.

It’s not that Watson isn’t a smart guy. He’s a doctor, after all. But because questioning things is such a small part of his mental activity, he misses both the big picture and the granular details.

As a result, Holmes shines as an incredibly bright individual and Watson seems rather dim, despite his credentials.

If you’d like to learn how to question things with greater frequency so you can observe the world in-depth, stick around.

In this post, we’re diving deep into why you should always question everything and different ways to do it well.

Why Questioning Everything Is Critical to Great Thinking

The ancient Greeks knew that asking questions was their best bet when it came to critical thinking.

A lot of people associate questioning as a tool introduced by Plato through the Socratic dialogues.

Although it’s true that Plato used the character of Socrates to highlight the use of questions to sharpen our thoughts, inquiry is much older.

The Pre-Socratics, for example, devised what is called Eleatic Philosophy.

Parmenides of Elea, from which Eleatic Philosophy gets its name, is sometimes considered the first of the Greeks to use questions to explore the nature of reality itself. 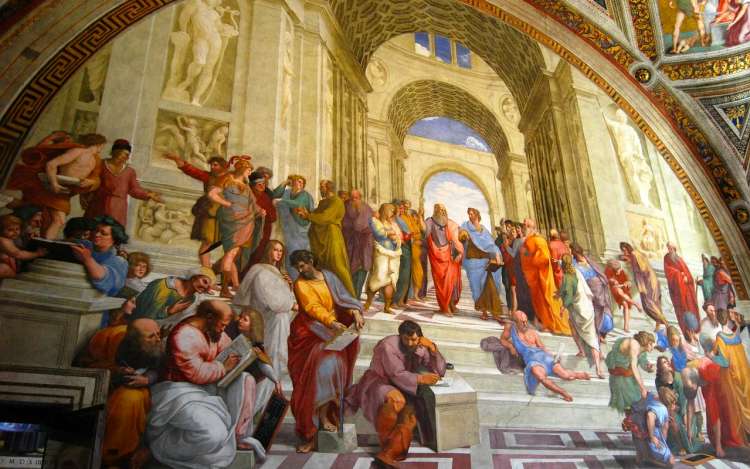 Here’s the most important point about these philosophers:

They preferred to use logic instead of their direct senses.

And this meant using language in particular ways.

In fact, a lot of their wording boils down to a kind of math though the use of syllogisms that help with thinking logically.

Here’s an example of a typical syllogism:

To test the validity of this statement, the philosophers would use questions that remove their senses.

It might sound silly to us today, but put yourself in their shoes for a moment.

If you were to use purely your sense of touch to assess an elephant, you could conclude that this animal is a reptile based on its leathery skin.

So, before the Greeks developed classification systems, many of which we still use today, they needed to question everything in order to rule out errors that could mislead them. 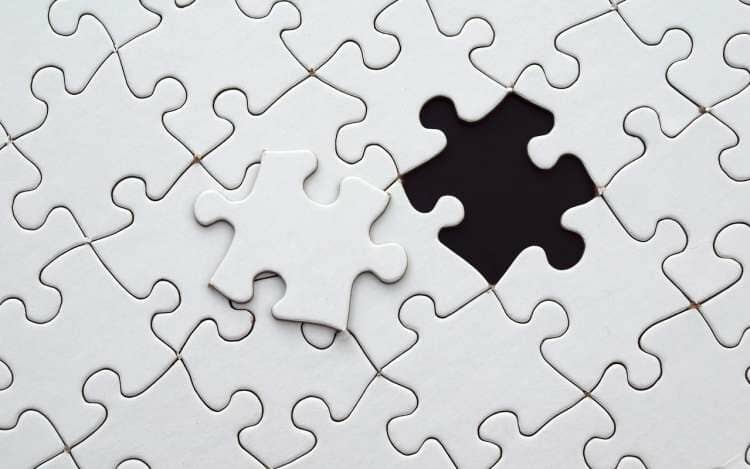 Another way to look at the questioning process is to understand the difference between abstract thinking and concrete thinking. In each of these types of thinking, you use different kinds of questions to arrive at the truth.

Sticking with the ancient Greeks, let’s look at Plato a little further.

One of Plato’s main contributions is called dialectical thinking.

Through the use of questions, it allows you to reason effectively by producing multiple ways of looking at just about any issue or problem.

It works because you use questions to examine your thoughts and the thoughts of others before, during and after arriving at conclusions.

In other words, the process of questioning never really ends.

This process is the core of the scientific method, in which nothing is ever “proved.” Instead, we use our scientific questions to help us produce evidence that either validates or invalidates our assumptions about the world and reality.

Without being able to ask and answer questions as an ongoing process, truth fizzles up quickly. And this is why Plato’s recording of the dialogues of Socrates is such an astonishing document.

Whether Socrates is right or wrong, what matters is the freedom to debate and keep questioning things.

Other Traditions Based on Questioning Everything

Although the ancient Greek philosophers are very important, they weren’t alone in urging us to question.

The urge to question everything why as a repetitive practice is found in other ancient texts like the Upanishads.

These texts were influential in forming contemplative traditions like Advaita Vedanta.

In Advaita Vedanta, there is a process called “self enquiry” (Atma vichara).

In it, you use questions to explore reality as it appears to you.

For example, you can ask, “To whom is this experience happening?”

When you try to find the “inner I” or what some psychologists call the “ego” within the frame of your experience, you will probably struggle.

That’s because things like “I” and the notion of having an identity is fundamentally an illusion. It is one we maintain by failing to ask questions. Instead, we simply go with the flow.

Or we avoid questions out of fear, which is one of the messages you find in some religious traditions. For example, in the Book of Job, asking god to explain why suffering exists is strongly frowned upon.

The popularity of such restrictions is a bit puzzling, but a lot of psychoanalysis helps explain. And psychoanalysis itself uses a process of questioning to help people relieve the suffering that not asking questions creates.

How To Start Always Questioning Everything

If you want to commit to a life of enquiry, bravo. I’m confident you’ll find it very rewarding.

In order to get started, consider the following steps:

One: Decide To Go All In And Plan

One of the biggest problems people face when they take on a new goal is that they’re not fully committed.

That’s just not going to work when it comes to committing everything. And the reason why should be clear:

We’re talking about everything.

So if you want to question just some things, some of the time, reconsider whether or not dialectical thinking is really something for you. It’s not about dabbling.

And because it’s not about dabbling, you’ll want to plan.

For that, let’s move on to the next step.

One of the best ways to learn how to enquire deeply is to study those who have gone before you.

And a reading plan of the classic texts that are based around questioning everything is key. I’ve already mentioned a bunch from the Greek tradition, but here are some other suggestions. 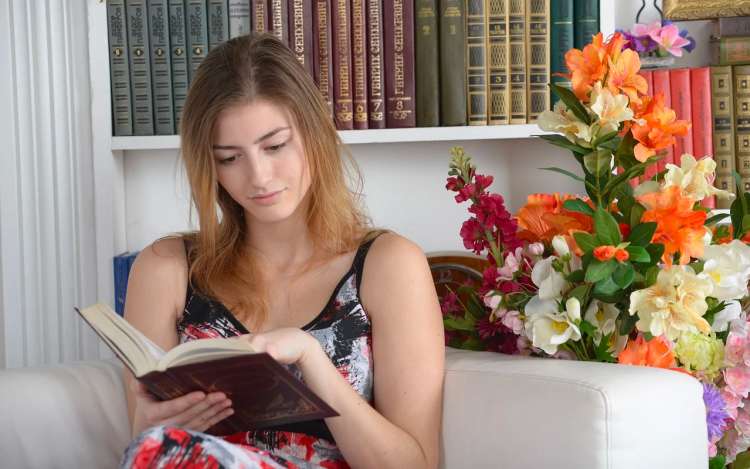 Merely by reading the books and resources on this list, you should find yourself starting to question everything almost on autopilot as your brain starts mimicking the process.

There are many other books to recommend, but these are some of the ones I’ve found most useful for training my mind to ask questions.

Not just any questions, but questions of the highest possible value.

You can apply the study of inquisitive people to any area, including finance. For example, studying the questions asked by investors like Warren Buffet can be incredibly rewarding.

Three: Put Your Questions In Writing

However, getting our hands involved is a best practice due to the benefits of haptic memory. This form of memory involves physical touch and belongs broadly to sensory memory, which is readily exercised.

To practice questioning in writing, consider keeping a journal dedicated to this purpose. 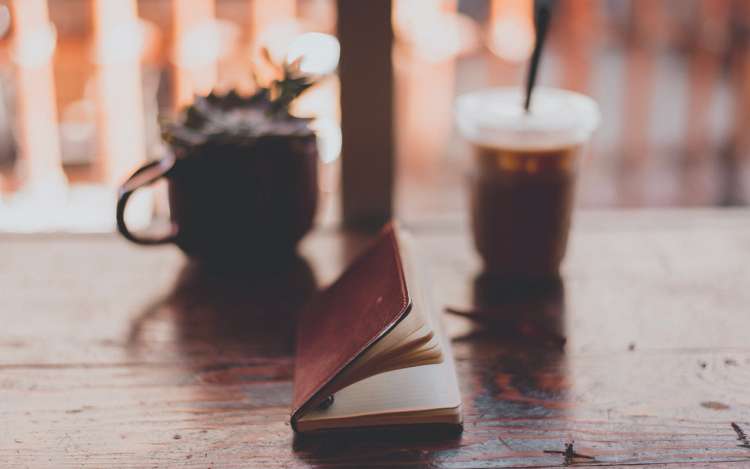 Also, note that writing out answers to questions is part of the artistic process. In The Successful Novelist, David Morrell shares how he has used a process of questioning to help him derive the plots of very successful novels. He uses writing to flesh out answers to specific questions that draw out realistic plot points his readers love.

Four: Verbalize Your Questions With Others

Just as we benefit from processing our ideas physically through writing with our hands, processing questions with our mouths is a godsend.

Speech science reveals that at least 100 muscles are involved in speaking aloud.

Now, not everyone has interested parties to speak with, so get this:

You can still exercise all those muscles by asking yourself questions out loud.

I do this often and feel no shame in it. It’s a purposeful verbalization of my questions that not only generates better answers, but sometimes helps me improve the questions themselves.

This happens because I hear how sometimes I limit my wording, or miss the point. I cannot imagine perceiving these deficiencies in any other way.

Re-reading books  or re-taking courses is one of my favorite strategies for asking better questions. 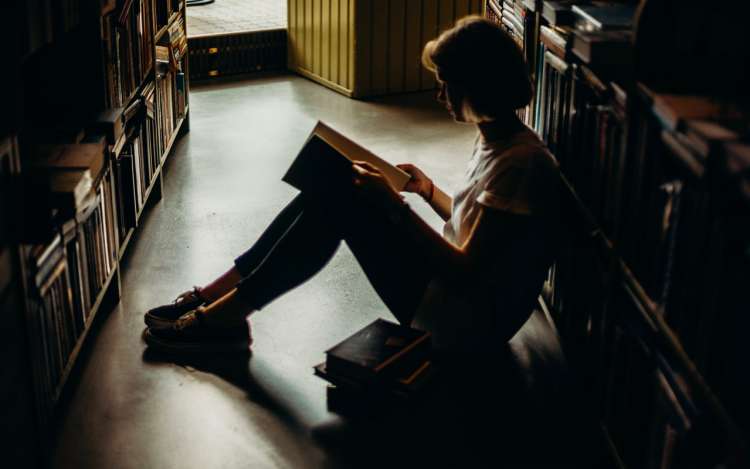 In fact, at the time I’m writing this post, one of my projects involves trying to re-read as much of my university syllabi as possible from my first year to 2009 when I completed my Ph.d.

It’s a massive project, and I don’t pretend that I’ll be able to cover everything.

However, I’ve already noticed with the books that I’ve re-read so far that the quality of my questions have improved. They’ve done so by virtue of a kind of guiding meta-question:

These questions now have a powerful pair: 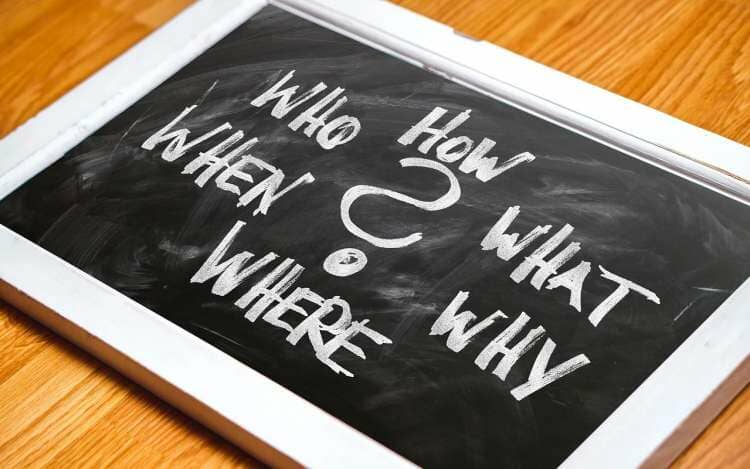 Although you might not take your re-reading strategy to the same lengths I am, the benefits of comparing and contrasting your experiences based on these questions is huge. I personally feel that this is one of the most strategic ways to enquire into many aspects of reality at the same time, so hope you’ll give it a try.

Question Everything Within Reason

Although I’ve presented questioning everything as a beneficial practice, moderation and discernment are required.

I imagine that you, like me, ultimately want freedom in life. This means that we can’t become a slave to needing to question everything all the time. Frankly, I doubt anyone could, even if they tried, certainly not without making themselves sick.

Rather, enquiry is best as a constant practice. This means that you work on it consistently, a mental strength initiative no different than the physical strength programs we apply to our bodies.

This means that some planning will be useful, and self-monitoring to make sure we aren’t going overboard.

And the best way to do that?

Using questions about how we’re going about questioning things, of course!

If you’d like a simple course that will help you remember to keep questioning yourself within reason, give this Free Memory Improvement Kit a try:

And let me know:

What questions are you going to ask yourself next?