How to Memorize a Script in One Night 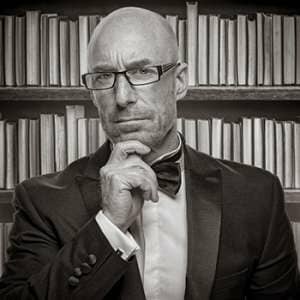 I’ll never forget the time I needed to know how to memorize a script fast.

My friend Dmitri was involved in a production of The Spanish Tragedy and I wound up as an understudy for Hieronimo.

Back then, there was no YouTube. I had to memorize the script from a printed book.

Actors are lucky these days because you can watch just about any performance – or at least hear it – somewhere on the Internet.

But whether you’re memorizing from a book or a video performance, the best way to memorize a script is the same.

So if you’re ready, I’ll share with you my best tips.

And I think you’ll love them. Because although I never wound up having to perform the role, preparing to audition as an understudy was fantastic practice. It later helped with my performances of memorized scripts like my TEDx Talk.

These techniques powerful and I can’t wait to share them with you, so…

How to Memorize a Script Fast: 11 Proven Tips

As we go through these tips, there’s no special order as such.

But ideally you’ll get all of the tips working in conjunction. That way you’ll enjoy the best possible results.

One: Know What Techniques Are Available

You’re an actor, so you know that not all people are the same. That’s why you love the job: You get to explore many different kinds of personality.

But that doesn’t mean you’re going to personally respond to each and every memory technique under the sun.

Then again, you could pretend that you’re able to use all of them.

Either way, there’s a “know thyself” component to getting results from the art of memory, so be sure to familiarize yourself with the widest possible range of memory techniques.

You should also familiarize yourself with what other actors have said, such as my friend Mark Channon related to memorizing lines.

Two: Pick A Small Set And Practice It With A Script

Once you’re familiarized with the range of techniques at your disposal, it’s important to avoid overwhelm.

You also want to stay away from “shiny new technique” syndrome. This problem occurs when people start mastering a particular memory technique, but before they get anywhere with it, they dive down the rabbit hole of another one.

For best results, stick with one small set of approaches for at least 90-days.

What are the most likely approaches? Which ones do the heaviest lifting?

We’ll talk about that next.

My prediction is that for learning a script overnight, you’ll want to master the Memory Palace technique. It’s definitely the one I always use.

You pick a home or other building you’re familiar with, perhaps combining it with the journey method to use outdoor locations.

In your Memory Palace (or set of Memory Palaces), you’ll place mental, mnemonic images that help you remember the lines.

For The Spanish Tragedy, I used parts of York University in Toronto and the apartment I was living in.

One part I used was the Absinthe Pub, which looks exactly like this: 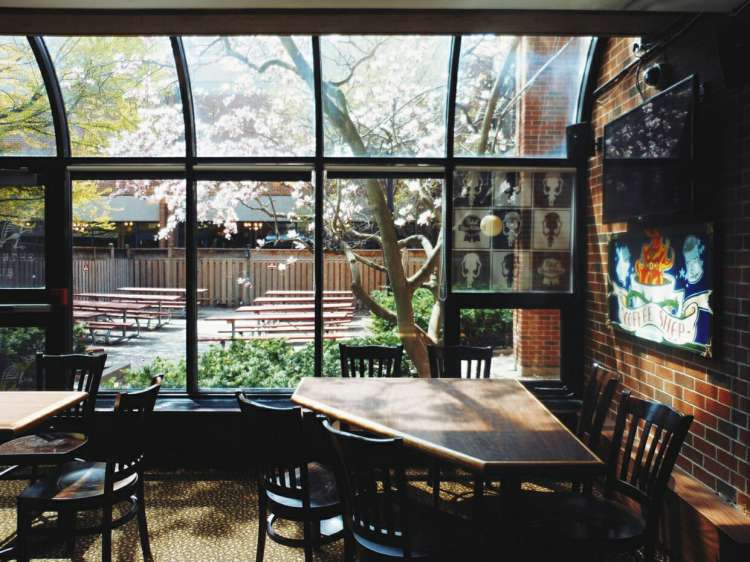 It’s up to you to develop your own Memory Palaces, but I’ll show you how I used mine as we go through this example.

If we take just one line for an example, here’s how easy the process is:

Here’s a line from the play to show you what I mean:

What outcries pluck me from my naked bed,

And chill my throbbing heart with trembling fear,

Which never danger yet could daunt before?

The keywords here are:

Basically, you’re looking for words and images that aren’t operators or things like “he, she, it, me, them, they,” etc.

(We’ll talk about what to do later if you struggle with those filler words.)

To assign associations, it’s best to put in some prep work by creating Celebrity Lists. This skill is taught in-depth in the Magnetic Memory Method Masterclass.

Briefly, you assign highly familiar characters to each letter of the alphabet.

That way when you get to a word like “outcried,” you don’t have to think about what association you’re going to use.

For example, one of my ‘O’ associations is a school friend named Owen. I might also use the actor Owen Wilson.

Then it’s just a matter of placing your choice in the Memory Palace and imagining that person doing something that triggers the target word or words. 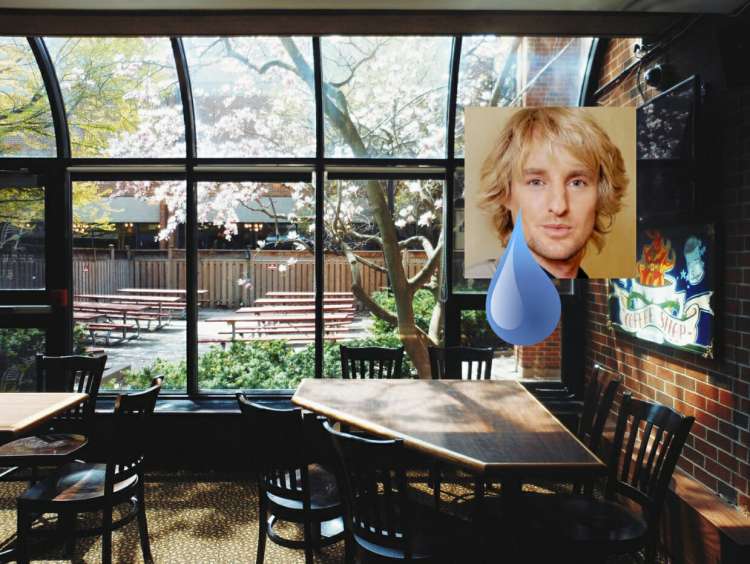 In the example above, Owen Wilson is shedding a tear on station one of the Absinthe Pub Memory Palace.

Add Peter Pan plucking at the tear and a bed to the Memory Palace and then relax.

Really imagine it happening in your familiar location. Add the multisensory elements so key to effective visualization.

Six: Review In A Wacky Way

As soon as you’ve encoded all of your lines, try recalling the lines in different orders.

For example, instead of just recalling the words from the beginning of a sentence to the end, use your Memory Palace to try some of them in reverse order. This sounds like the strangest thing in the world, but it’s effective at both helping you master the Memory Palace technique and developing memories faster.

Yes, but that’s part of how the brain forms stronger connections. Lean into the challenge rather than avoiding it and you’ll benefit.

Memorizing obviously works best when you’re on your own and free from distractions.

But that doesn’t mean you have to be totally isolated.

Many of my memory projects have been completed in parks and while walking around. Walking around is especially beneficial, something I learned from speaking expert Thomas Krafft. 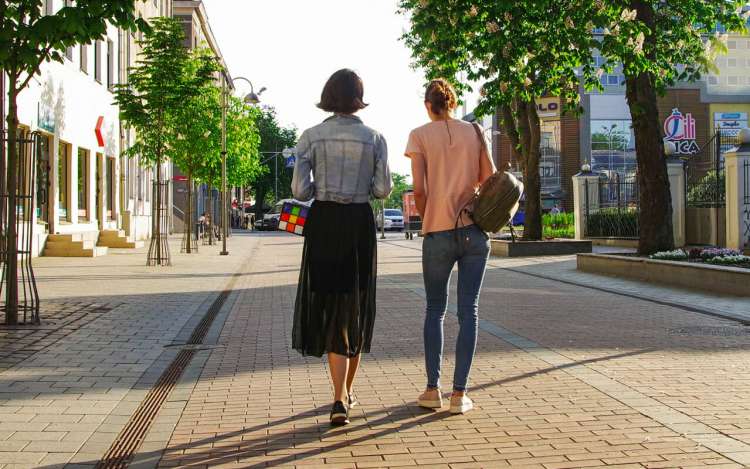 A lot of people are trying to memorize from digital and falling flat on their faces. It’s still not well-understood why people forget so much from digital, but the problem is real.

When you work from paper, your brain seems to map out the location of the information much better.

Plus, you get your hands involved. This is something memory expert Tyson Yunkaporta points out related to haptic memory.

Nine: Write Out Your Lines From Memory

Although it’s obvious you need as much speaking practice as you can get, don’t forget to produce your lines through your hands.

This activity is as simple as getting a paper and pen handy. Then spill out the entire script from memory.

You’ll exercise your memory, and also your focus and concentration.

It’s important to get a sense of how you’re delivering your lines.

Because exceptional acting isn’t merely about reciting lines. It’s about performing them and creating a convincing portrait of another person.

This fact about the craft means that you’re also interpreting the written word.

Mirrors can be helpful, but these days, just about everyone can record themself with a phone.

You can even compare your recording against a recording of another actor you found on YouTube. This is like using the principle like chorusing in language learning.

As you review, look for weak points in your pronunciate and swiftness of delivery relative to the tone and tenor of your interpretation.

You can then pop back into your Memory Palace to make any adjustments that will help you refine your memory of the lines. 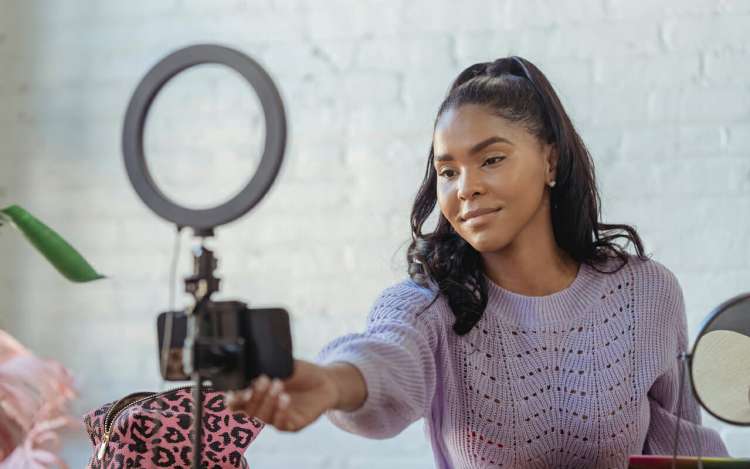 Eleven: Let Go Of The Outcome

This tip might sound a little bit weird, but it’s helpful for getting into the zone.

Simply let your memory do the work.

Or as memory expert Ben Pridmore has said, have faith in your memory.

Provided you’ve put in the work, your rate of recall is going to be astonishingly high.

Some basic relaxation and meditation exercises will also help with adopting this attitude of putting in your best and letting go of the results.

Powerful Truths About The Best Way To Memorize A Script

Above, I linked you to over 20 memory techniques. Then I dove into the most likely techniques for getting word perfect script memorization into your brain fast.

But the reality is that the best technique is simple to define:

It’s the one you’re actually going to use.

And another truth is that all information is spatial.

It’s words on a page or on a screen that flow in linear time.

That’s why the Memory Palace technique is without doubt the best option for just about everyone. It’s a spatial memory technique at its core and it lets you literally “write” on the “walls” of your mind.

If you want more information on how to make it work for you, grab my FREE Memory Improvement Kit now:

It will help you develop multiple Memory Palaces and learn more about how to create effective associative imagery.

Are you ready to get that script memorized fast?