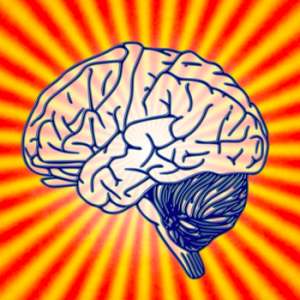 Good brain warm up exercises are hard to find, but you’ve just discovered an in-depth list of the best.

What makes a mental warm up routine good?

For one thing, it has to challenge your mind.

In order to create an effect, each warm up routine needs to produce at least a bit of friction.

By taking on the quick and creative challenges I’ve gathered for you on this page, you’ll experience exactly that:

12 Brain Warm Up Exercises That Wake Your Brain Up

This list of warm ups for your brain is a cornucopia of ideas.

They’re all good, so don’t feel that the numbers are an indicator of value.

But if you want my personal opinion?

I saved the best and most scientifically-tested exercises to wake up your brain for the end of the list.

You’ve probably heard of the one where you list 10 alternative uses for an object before.

Like if I show you a paperclip, you might suggest stringing enough of them together to create a ladder from here to the moon as your first alternative use.

It’s a great exercise that creates rapid benefits, and it works with any object.

But I’d suggest you go a step further. For example, if you’re going to create a ladder to the moon using paperclips, why not also imagine a version of the moon composed entirely of paperclips.

This is the alternative substance exercise that in some sense already exists. For years people have been saying the moon is made of cheese, but paperclips… how about socks? Or arts? Or noodles?

Then go a step further yet.

What possible things could you use a moon made out of noodles for? Would you campaign the rich to donate spaceships and space suits so they could bring those noodles back to earth to feed the poor?

Whatever use you find your random objects, figure out what links you’ve made between things, then change the substance of the thing being linked to into the original object and find at least a few alternative uses for that.

If you can’t think of ten, don’t sweat it. But keep coming back to it throughout the day for some mini-creative exercise.

It’s a great exercise that creates rapid benefits, and it works with any object.

So grab an eraser, sock, book or any object you can find and jot down at least ten alternative ways it could be used.

If you can’t think of ten, don’t sweat it. But keep coming back to it throughout the day for some mini-creative exercise.

I don’t know about you, but I dream often.

But instead of letting them drift away, I use my dreams to engage in one of the strongest morning brain exercises I know. 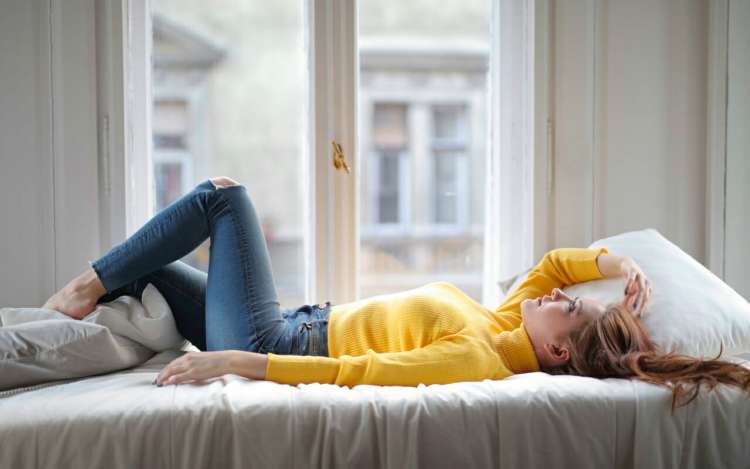 Here are the steps:

You can also do exercises throughout the day with your daydreams. This is an activity Robert Langs discusses in full in his excellent Daydream Workbook.

In brief, when you notice yourself daydreaming, make a note of the nature of the dream. And ask yourself similar questions about what memories come to mind surrounding it? What emotions, longings or fulfillments does the dray dream suggest?

There doesn’t have to be any particular outcome from this exercise. You’re just going for the brain warm up and using your dreams and day dreams to do it.

Three: Give Emotions to Colors

Then list as quickly as you can the first emotion that comes to mind for each color. For example:

To take the exercise to the next level, find 3-5 alternative words for each emotion. In other words, mentally transform happiness into contentedness, comfort, mirth, cheer, elatedness, etc.

Try and do it on your own before reaching for a thesaurus.

Either in your mind or using paper and pen, think of a name for each letter.

Now, they don’t have to rhyme, as I’ve done, but that in itself provides interesting exercise that will stretch your mind even further. 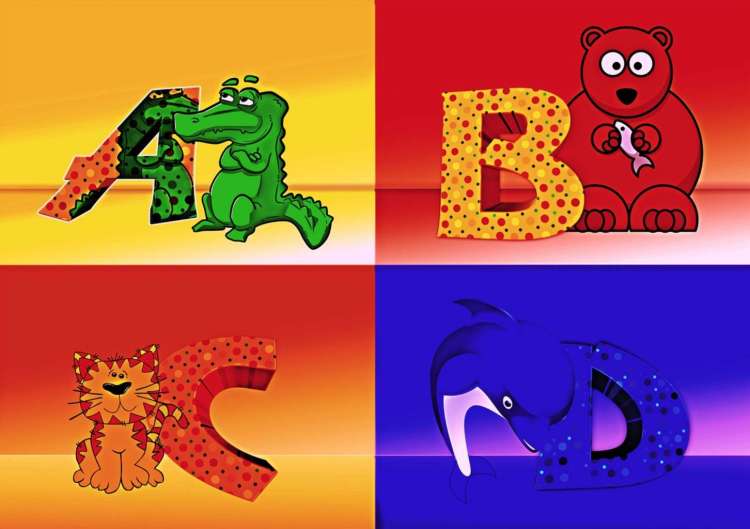 You can also go through the alphabet and name only objects:

If you want to take this to the next level, have a person you name interact with an object by the same letter. Have the action also start with the same letter, like this:

Sure, things might get weird, but that’s why this exercise works so well to wake up your brain.

You can take this exercise further with the pegword method or by building a PAO System.

Let’s say you’re doing the color/emotion exercise I shared above. You’ve discovered a word in the thesaurus and you want to remember to use it more often.

Take the word and think about an image that comes to mind that can help you remember it.

For elatedness, you could seize upon the el and think about someone named Elaine arriving late.

To take another example, for mirth, you could think about frankincense and myrrh, as mentioned in the Bible.

For best results and an additional exercise, place these associations in a Memory Palace.

Go back as far as you can in your life. For example, grade one or two.

Think of a book that you loved during that year. Or at least a book you can remember reading. 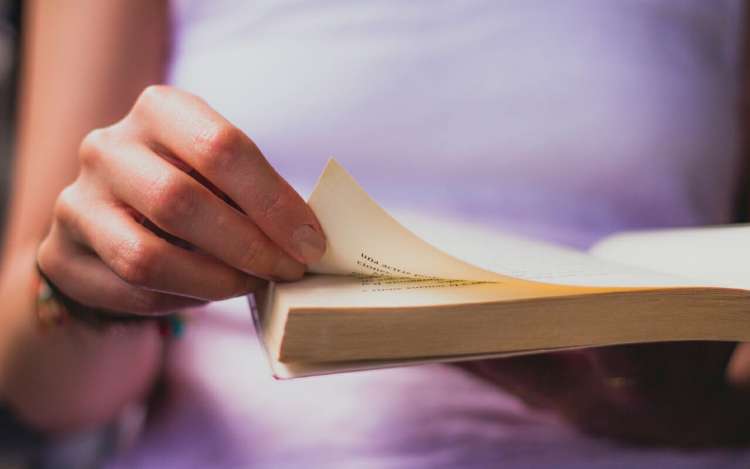 For me, I remember a book in kindergarten or grade one that involved teddy bears falling off of the book shelf they lived on. They fell onto a map spread on the floor and had to find their way back to the bookshelf from disparate lands.

The next book I distinctly remember is Where the Red Fern Grows. All I really remember about it is that there was a dog and quite a bit about hunting racoons.

Don’t worry if you have to skip entire grades or if you aren’t sure about accuracy. Just try your best to proceed on a year-by-year basis.

You can also just go year-by-year if you haven’t been in school for a very long time. The point of the warm up exercise is to stick with the yearly progression.

As an alternative, you can also use movies and try to match the year or grade you were in when you saw them.

Take a movie that you know. Then, take the last letter in the name of the movie. Use it to name another movie.

For example, if you think of Aliens, then your next movie should start with S, such as Superman. Then you would think of one that starts with N.

This exercise can get challenging fast, but push through and see how far you get. Try to name at least 10 titles before you stop.

As an alternative, you can use book titles, names of people you know or celebrities.

Unlike the exercise where you name as many possible uses for an object as you can think of, here the goal is to think of mixing two objects together.

For example, imagine mixing cherry juice with mustard. Or attaching a chain saw to a car. How about an airplane that shoots spiderwebs? 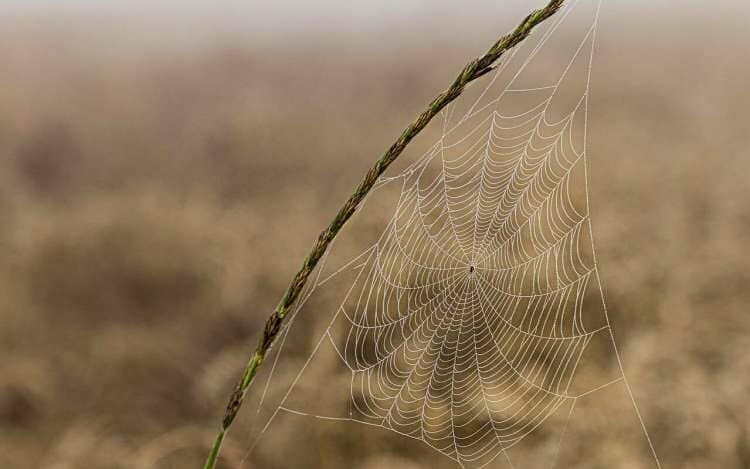 See if you can get 10 combinations together.

You can also take this to the next level by getting actual objects together on a table and trying to combine them. For example, you can play around with combining:

To take a simple example, you could tie the string around the coin and use it as a swinging mallet to make a dinner bell out of the salt shaker.

Imagine Dorothy from the Wizard of Oz.

But instead of having a dog named Toto, imagine that her pet is Scooby Doo. Then imagine how Scooby Doo would fit into the basket on Dorothy’s bike. And think about how he would react when meeting the Wicked Witch for the first time?

To continue this creative warm up exercise, have a number of movie and story titles on slips of paper. Mix them around and mishmash a few together. Then think of scenarios and what they would be like with the character swaps in place.

Keeping physical books in the area where you complete your morning brain exercises is a great way to do this. Just grab a few novels or comic books and think of mix-and-match ways to create new and unusual combinations. 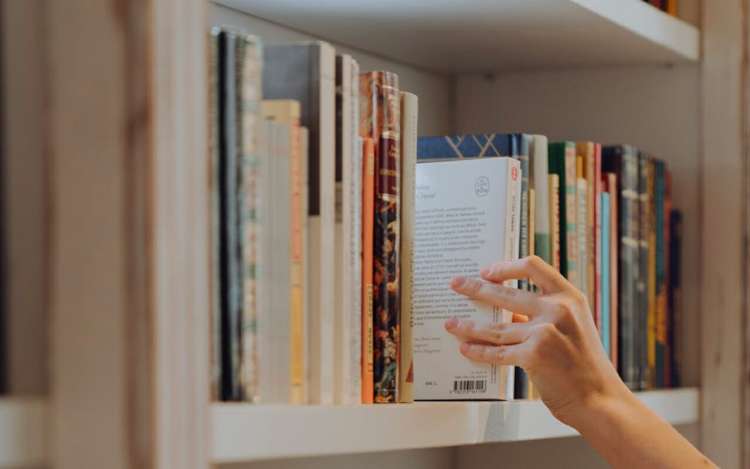 Ten: Use a Memory Palace

One of the most ice-cold mental situations people face comes from problems like PTSD and depression.

Yet, as Nic Castle, a former police officer found, using a Memory Palace helped him reduce his symptoms.

It’s not just his anecdotal experience either. Dr. Gary Dalgleish and his co-researchers have found exactly these results in their clinical trials.

You don’t have to suffer in order to benefit from using this technique as a brain warm up, however.

All you have to do is:

If you really get into this practice, you can also memorize playing cards as a quick warm up. I sometimes do this before applying memory techniques to language learning. 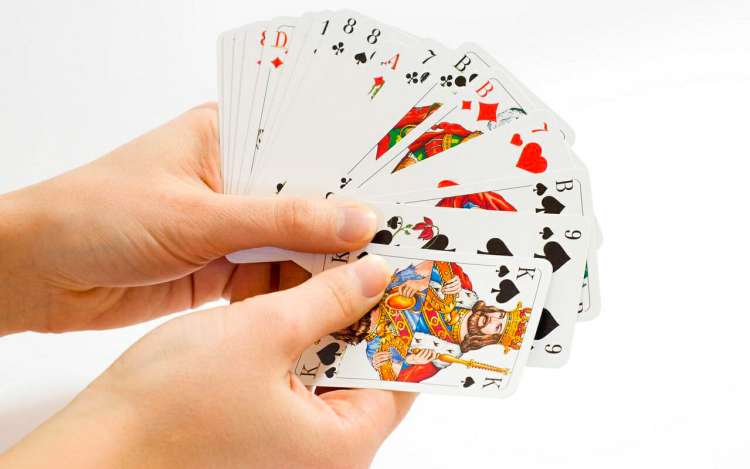 Eleven: Learn and Use a Speed Calculation System

Imagine being able to solve mathematical equations within seconds?

All you have to do is learn a simple system. I recommend the Trachtenberg method.

Although learning it might not itself serve as a brain warm up, using it certainly well.

It’s a lot of fun and you can learn to use it for addition, multiplication, division and even squaring and algebraic manipulation.

Twelve: Journal About Your Emotions

Researchers found that students who journaled for 10 minutes about their emotions scored better on their exams.

Getting an A instead of a B+ just by writing about how you feel.

Researchers also found that if the participants focused on their breathing while journaling, they did even better.

The catch with this study is that it was useful for students with anxiety. Having dealt with anxiety myself and used journaling, I’ve found this approach excellent in my own life for getting my brain warmed up.

I don’t see why it wouldn’t help anyone, even if they don’t have anxiety themselves.

Give it a try!

Exercises to Wake Up Your Brain

As you can see, there are many routines you can follow.

If you find that you like these brain warm up routines, there are so many more things you can do.

And if you found the Memory Palace technique intriguing, why not learn the skill in earnest?

I’ve got a whole FREE course you can register for right now:

It will take you through how to develop this simple tool so you can use it throughout the day to keep your brain sharp.

It will help you remember the different brain warm up routines we discussed today.

So give it a try and just shout out if you have any questions along the way. I’ll get back to you a.s.a.p.

8 Responses to " 12 Brain Warm Up Exercises That Actually Work "