The Beauty of Memorizing Backwards 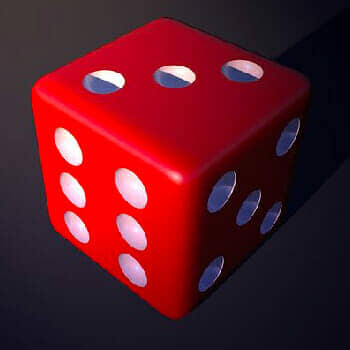 Want to know the number one problem people who use Memory Palaces face?

See, the way the journey method is usually taught involves starting at the beginning and moving toward the end of the Memory Palace.

Although not exactly wrong, using only a linear journey while rehearsing the material we’ve memorized is hardly optimized.

What you want during your memory drills is the experience of proper spaced repetition.

Of course, it totally makes sense to build your Memory Palace in a straight-line moving from the beginning to the end.

But to maximize how we benefit from serial positioning, primacy effect and recency effect, we need to rehearse the material we’ve memorized following different patterns.

Background of Using Spaced Repetition Out of Order

So here’s why we recall information out of order using this ancient memory technique:

As Hermann Ebbinghaus discovered, the forgetting curve can only be reasonably limited, and even removed by using spaced repetition that revisits information out of order.

So to maximize the benefits of his discoveries, try recalling information in a Memory Palace with 10 words using these patterns:

To run the arbitrary experiment without having to think about it too much, you can roll dice to help you determine which station to pop in on and recall the information stored there.

I’m starting to feel a bit like a military drill instructor here, but I’ve done this a lot in my own rehearsals based on the science of memory, and it works gangbusters.

The reason it works better than Anki or flashcards for many people is that it’s creative. And we know from the science of active recall that the small amount of challenge involved helps your brain form memories faster.

The Best Applications For This Technique

You can use out-of-order recall to make the learning process for just about anything you want to learn much faster.

But most of us who use memory techniques apply it to:

If you think about it, everything you might need to memorize is built from these categories of information.

For example, memorizing dates is built from the skill of memorizing numbers. Memorizing scripture is essentially the same verbatim skill as memorizing a speech, etc.

For this reason, it only makes sense to master each memory skill as part of your learning journey.

2 Responses to " The Beauty of Memorizing Backwards "