Serotonin: The Truth You Need For Memory Improvement 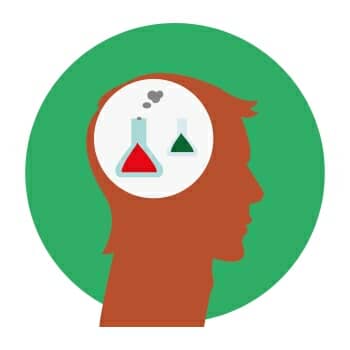 But do you know what serotonin is and how it connects with the quality of your memory?

Well, if you want to experience a better life, it’s time to pay attention.

Serotonin is not only essential to having healthy memory abilities. It also helps you feel good, sleep better and works magic on your mood when you’re feeling down.

In fact, as a neurotransmitter derived from tryptophan …

Serotonin May Be The Most Important
Anti-Depressant In The World!

Actually, there’s a lot of controversy about whether or not serotonin levels create depression. It’s only known that many people with depression show low levels of this chemical.

But here’s the real question:

How can you actually use the information you’re about to read?

Easy: If you can get your serotonin in order, you’ll not only feel better, but you might not need SSRIs and whatever other pills you’ve been taking to regulate your mood. I’ve taken a lot of those pills myself, and although none of what you’ll read in this post should be taken as medical advice …

I can’t emphasize this enough:

Because there are seven distinct receptors with different densities. When things get messed up with your serotonin, you’re much more likely to experience the aging of your memory and fall into risk for Alzheimer’s and other issues.

In order to understand exactly how serotonin is connected with memory, we need to look at how it interacts with other neurotransmitters. These include:

Basically, all of these elements hang together and require precious balancing in order for you to be able to learn and remember.

When it comes to serotonin, scientists have found that by using serotonin reuptake inhibitors like alaproclate and oxotremorine, they can improve memory retrieval. Moreover, its believed that with more research, they’ll be able to use related chemicals to suppress the retrieval of addiction-primed memories.

When it becomes possible to treat addiction-associated memories, that drug addicts might experience decreased cravings. That means fewer destructive behaviors to themselves and others in society.

The reason serotonin plays such a huge role in this area of memory is that its connection to different receptors involve reward-based learning, something that can be helpful, so long as negative drugs like tobacco aren’t involved. (By the way, stop smoking.)

But it’s not just all about addiction memory. Serotonin is also involved in:

If you’re serotonin levels are in check, you have much better chances of remembering locations and the relative distance between objects. This means that you can use a new place you visit as a Memory Palace with greater ease.

It’s well known that we tend to remember things with greater accuracy and vividness when emotions are involved. But if you’re low on serotonin, you might not be experiencing emotions properly.

Lower emotional capacity also means that you may not be paying attention properly. You cannot encode information into memory that you haven’t registered either in part or whole.

This explains why depression and other mental illnesses are so devastating for memory, especially since emotions are often so short-lived.

Luckily, however, we can generate emotions at will. By using mnemonics, we can supercharge every piece of information we meet so that it is more memorable. But it sure helps if we have healthy serotonin levels.

You Can Forget About Fearful Memory

Fear can either create new memories or inhibit their formation. Either way, if your serotonin is out of whack, your brain can’t properly manage fear to any advantage. Having your serotonin out of balance leads to memory errors and contributes to the fearful part of depression. With certain mental illness, for example, you can learn to be afraid when there’s nothing fearful in the environment. Proper serotonin levels can correct this problem, however.

But … What Exactly Does Serotonin Do?

Research shows that serotonin influences memory by increasing the ability of different neurons to get excited by various kinds of stimulation. Too little response to stumili and you’re depressed. Too much and you might go manic.

Either way, without the maintenance of serotonin, it’s difficult to pay attention, form new memories and learn. Poor serotonin levels messes with memory consolidation. Not being able to consolidate memories can lead to forgetting names, new information you’ve struggled to learn and even entire years of your life.

What Interferes With Your Serotonin Levels?

Unfortunately, scientists and doctors don’t always know. It can be that brain lesions create issues, along with some of the mysteries that create Alzheimer’s Disease.

What is known with relative certainty is that serotonin levels are linked to the quality of your sleep, diet and fitness.

It is, however, synthesized from tryptophan. This is an amino acid found in many foods, some of which help create a healthy brain and memory.

Salmon is a big one, and it’s hard to go wrong with eating this fish.

Other ways to get more serotonin include exercise, sunlight and creating positivity in your life. Memory friendly activities such as meditation have been shown to help.

Although there is no clear cut route to boosting serotonin, the important thing is to try without the use of pharmaceuticals.

One reason is that taking drugs to feel better might have this positive effect, but it can also make you fee worse. After all, you now need a crutch to function, something that can crush your self-esteem. It shouldn’t, but the stigmatism has harmed me in the past. Plus, now that I’m living free from lamotrigine, I feel better and going solo has prompted me to live a healthier lifestyle overall.

When it comes to light exposure, it’s no secret that I’ve been using the Human Charger. Steeped in controversy though it may be, I’ve noticed a positive effect. I’ve also been switching on the lights I use to make my videos in order to get more light exposure.

You can also get more light when you …

People used to spend 30-40 hours outside a week. Nowadays, that’s the number of hours people spend inside at work.

Quite frankly, that’s insane and the health of our culture shows it.

Frankly, I believe that becoming an entrepreneur with a strong brand is one of the ways to escape the fate of sitting in an office and helping make someone else rich. As I talk about it in the Self-Improvement Supercharger, I like to walk from cafe to cafe to do my writing, which gives me not only more light, but more air, more exposure to people and much more fitness than I would get sitting at my desk.

I believe it’s the combination that matters: For example, just walking around and getting more light and fitness is helpful. But I don’t think it would be nearly as good without going up to people and asking them for help with German phrases I’m learning. I also go to my friend Max Breckbill’s co-working groups as often as I can to get more exposure to other people for the brain chemical benefits it creates.

And heck, some of them even wind up using memory techniques too after I talk about them.

In sum, people have put a lot of time, money and energy into researching serotonin. Although the link serotonin shares with tryptophan can make it difficult to study, countless experiments have shown that mice and humans alike cope better in life with regulated serotonin levels. They experience less stress, recover from depression with greater speed and remember more with greater accuracy.

Of course, further research is necessary, but my belief is that you are the ultimate scientist. If you’d like to experience better memory, organic brain games might be just what you need.

And when you use Mnemonics And The 7 Eternal Laws Of Memory Improvement, you have the basis for tracking your results.

You don’t have to have your DNA extracted in scientific experiments or undergo the horrors of serotonin depletion in order to experience better memory.

Get more exercise, eat properly, sleep well and use memory techniques. Track your results using some of the tools linked to in this post and you’ll notice an impact.

Your serotonin levels are important and almost guaranteed to go up if you’ll just take care of these few areas. That means more memory and a better life.

Sounds good to me. How about you?

9 Responses to " Serotonin: The Truth You Need For Memory Improvement "