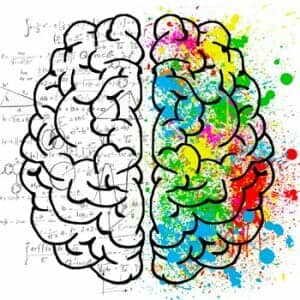 Is there a difference between logical and rational thinking?

And one problem even worse than not knowing the difference is this:

People often use logical thinking when they should use rational thinking and vice versa.

I have this issue with a friend of mine all the time who treats logical thinking almost as if it is a religion.

We’ll use a recent discussion he and I had as an example.

In our argument, he used what he considers to be logic in a way that led him into a major inference from partial data fallacy. He also neglected the importance of small examples.

Don’t worry. I made logical errors too, oversimplification in particular.

As I mentioned, the problem we face is that difference rationality vs. reasoning is not clear because people use these terms in all kinds of ways.

But let’s do our best to nail down some clear and distinct definitions.

“Logic is about validity – what follows from what, and why.” 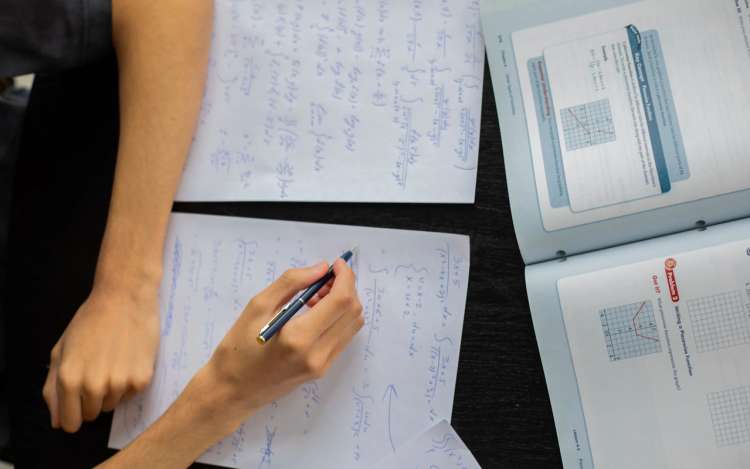 Reason, on the other hand, is typically about showing the basis for causes, beliefs, actions, events and facts.

Let’s take this one step further:

To reason something out is generally considered an act of applying logic to find explanations that make sense.

The problem is that many people reason things out without using logic. We bring in experience, context, emotions, personal values, convictions, ethics and other things that make us human.

Think about the last time you had an argument. Did the person you were arguing with draw out a mathematical “if this then that” argument map as part of the critical thinking exercise?

Probably not. Chances are they tried to reason things about with more tools than just syllogisms. It’s very difficult for even the most logical people not to do so. But when they cannot reason, whatever they are trying to communicate often fails.

After learning from Jonatan Pallesen about how a major science journal had published a clearly pseudo scientific paper about the “genetics of psychic abilities,” I sent the paper to a friend. 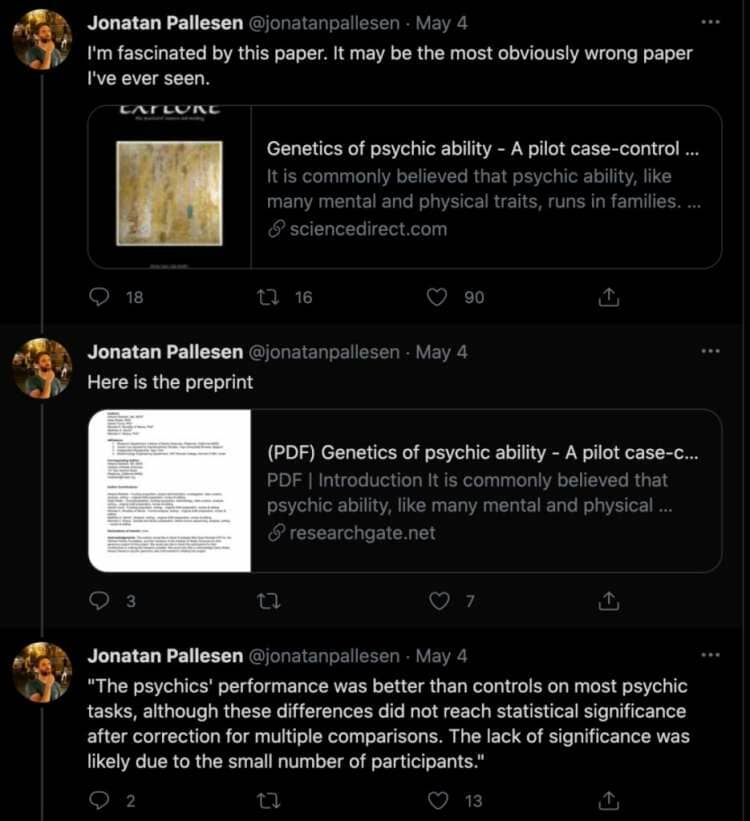 I hadn’t seen anything this bizarre since The Mandela Effect went viral, and thought about my friend because we have a long-standing disagreement about the health of peer review in the academic world.

Admittedly I started the argument off with a dramatic oversimplification that attacked his views:

“Still believe in peer review? More evidence it is dead.”

“Cases of such papers being published are much more common. Not news. After peer reviews they get unpublished. Note: I haven’t read this paper, only the title and abstract.

But sometimes they don’t get unpublished. Yet again, almost no harm done. The system is self cleaning.”

“Almost” no harm done? How can someone judge that after admitting the example went unread? In reality, people are bilked of millions of dollars per year by psychics. Having charlatanism validated by a scientific journal, however briefly, shows that there are deep issues that increase harm that already exists.

I’ll spare you the entire exchange, but my friend was using logic and later pulled out one of those syllogisms we talked about above:

“A – subset or idiotic papers published, A is a part of B – all scientific community, conclusion B cannot be trusted.” 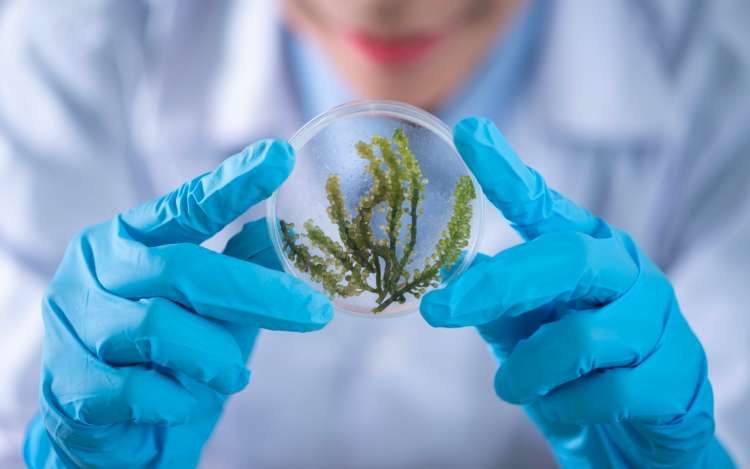 The problem is this:

I never talked about “science,” nor did I say that it cannot be trusted. Science is a tool used by humans, and there is nothing about it anyone (or anything) has to trust.

Again, my friend admitted he hadn’t actually read the paper. What’s the use of applying logical thinking to dismiss something you haven’t read. Rational thinking, which tries to find the basis for why something is bad, requires evaluation.

This means that even if my friend’s syllogism is well-formed and sound, it is irrelevant as a rebuttal.

Here’s more nuance on why this is so critical:

My friend was using logic in a context where it has no use because the statement required reason to find the basis of why something is happening. Instead, he gave a syllogism to demonstrate how I was wrong about something I never said.

Now, it is a problem that I used the word “dead” as shorthand for the problems with peer review I was citing. I also have the problem of assuming he remembers more about previous conversations on the topic.

If I remember these things any better, it’s only because I use the memory skills I offer you in this course:

And to be fair, there’s a lot to remember about our exchanges.

Almost all of them include lots of “link chess” back and forth as we trade evidence.

Sadly though, my friend has the habit of commenting without reading. Instead of sending back, “I don’t have time to read this right now,” he sends his opinions. When I rebut those opinions, he sends logical syllogisms back instead of reasoning through whatever I’m talking about.

“Link Chess” Pays Off Only If You’re Reasonable

He did send me a good link though, one from Science about a “cleansing” experiment in publishing (but not “self cleansing”) had revealed. I took the time to read it before formulating a view.

In other words, I tried to reason out why he thought this study supported his dismissal.

But as good as this study is, it is about after the fact issues in publishing. It relates only tangentially to an incredibly puzzling example of a publication that may have gotten through for reasons one would hope to expose (if they’re there). Yet, my attempts to reason through why such articles get published in the first place went unheard, and I can only take responsibility for how I framed the discussion in the first place.

What I wasn’t going to do was send a syllogism in return, because logical thinking was simply not appropriate to the context.

My friend’s inference from partial data shows the risk of throwing out logic, especially when you admit that you haven’t even read the material in question. My mistake shows the risks incurred by some issues we’ll talk about next.

How To Balance Reason And Logic

We all make mistakes. 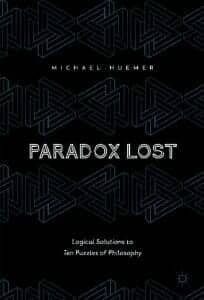 In Paradox Lost: Logical Solutions to Ten Puzzles of Philosophy, Michael Huemer suggests a number of critical thinking errors we tend to make. I’ve already listed some of them. Here are a few more to extend today’s example:

I made the error of thinking my friend would treat the word “dead” with more nuance than he did. As a result, I seem to have triggered what I find to be a preachy logical response with no reasoning whatsoever.

Neglect of the small

My friend often likes to refer to slippery slope fallacy whenever I show concern about problems in the scholarly world.

The problem is that there are at least six different kinds of slippery slope fallacy. Not only that, the world does have slopes and some of them are slippery.

To ignore incidents like the kind I sent to my friend and write them off as isolated poses some potentially huge problems. As Huemer points out, “We tend to confuse indistinguishability with qualitative identity. This last mistake is aided by a tendency to confuse what is true with what can be verified.”

In reality, we can verify the truth of many problems with peer review and they have led to some massive consequences. Things have grown so contested that esteemed philosopher Peter Singer and some colleagues have felt the need to found the Journal of Controversial Ideas so that people can publish without being excluded by biased editors or social media reprimand.

The confusion in our example was started by me because I used the word “dead.” I could have been more precise or at least more nuanced. I was also playing link chess out of the blue to reengage an earlier conversation. 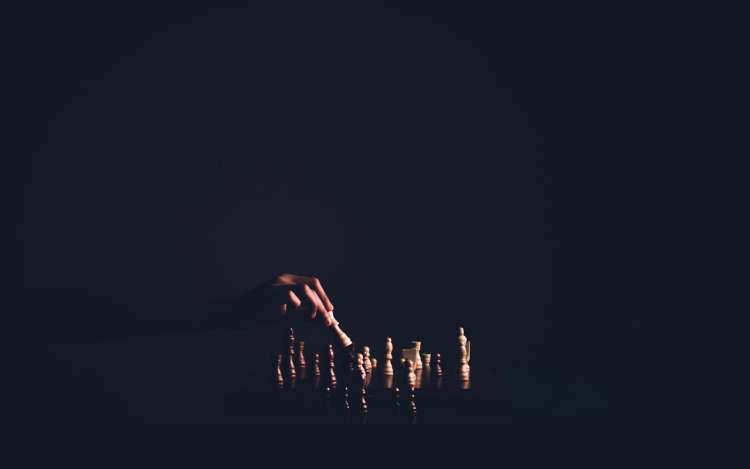 My friend was defending science at large – something I would generally applaud.

The problem is that peer review is not science. Peer review is governed by impassioned human beings and is subject to corruption and decay. It is also not “self cleaning” because peer review is not a god in the sky. It is something that humans collaborate on, and they need to do so with both logical and rational thinking in order for it to operate in a fruitful manner.

But my friend was so stuck on using logic that we have yet to come to consensus on a problem his own language acknowledges. After all, he used the term “idiotic papers” in his own syllogism.

I did not say that all such papers should not be published. I was only asking for his consideration of one paper in particular. Again, I admit that I didn’t ask for that consideration in a very good way. But I can only take so much responsibility for how he fell into one side of a binary – the one he prefers instead of the one our world desperately needs at the moment if science is going to function as well as it could.

Because in reality, both logical thinking and rational thinking are needed. Otherwise, it’s pretty easy to see that even logical people can wind up using logic in some pretty irrational ways.