How to Remember Polyatomic Ions: The Ultimate Guide 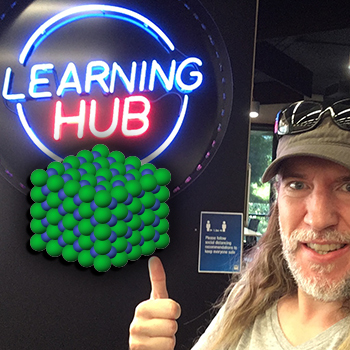 If you want to know how to remember polyatomic ions, everything starts with having a dedicated memorization process.

Here’s the formula you need:

On this page, we’ll go through everything with detailed examples.

How to Remember Polyatomic Ions: My Proven Process

Developing the systems I described above takes most people 1-2 hours (or less). After all, you’re just using a simple drawing like this to create a Memory Palace: 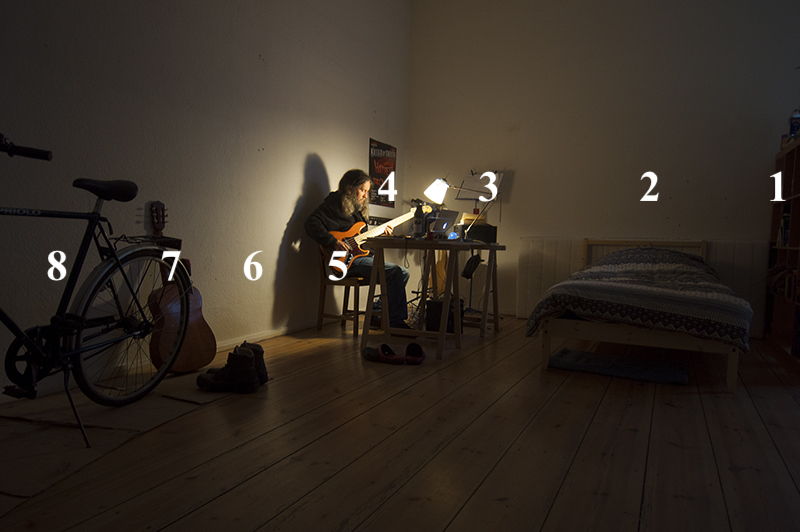 A Memory Palace based on my studio bedroom in Berlin, Germany.

In fact, learning this technique is the only weakness of what you’re about to learn:

You have to develop it first for yourself before you can use it. But once you do, you’ll see that having associations for each letter, number and symbol is not a weakness at all.

Don’t worry if these seems overwhelming. Plenty of mnemonic examples are coming up.

And the good news is that I have thousands of students who have gotten results from this process within just a few hours of learning and practice. Read their testimonials here for inspiration.

Every step you take with memory improvement promotes better mental organization that leads to learning everything much faster.

Oh, and I memorized five polyatomic atoms in just under 5 minutes with 100% accuracy. You can too and everything starts with our first tip: optimized organization.

Step One: Optimize the Atoms For Memorization

Have a look at the following spreadsheet: 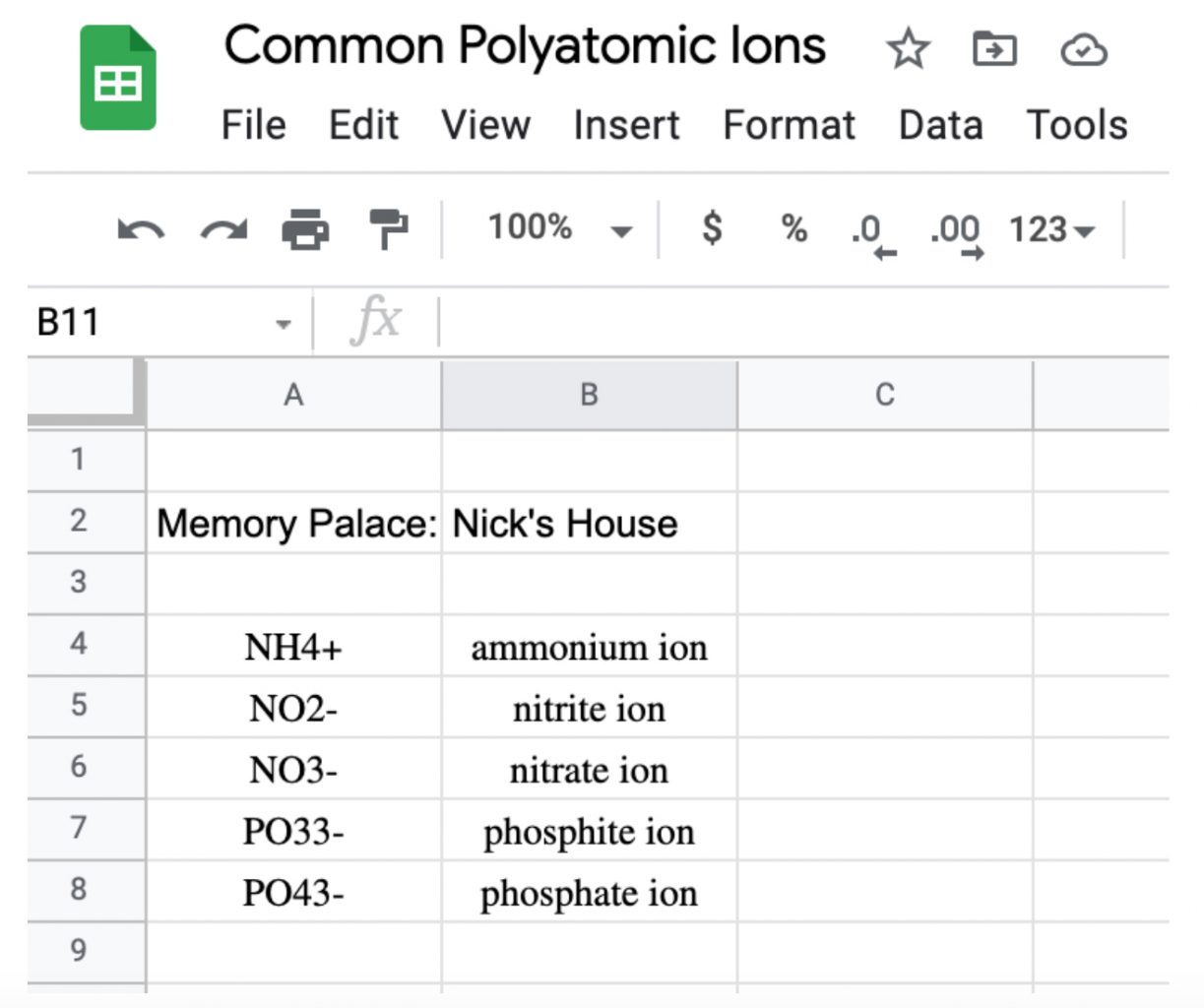 You don’t have to organize your polyatomic ions in a spreadsheet, but it’s a great way to chart out your journey quickly and make changes if needed before using the Memory Palace technique.

To get started memorizing these polyatomic ions, I spent approximately 3o seconds optimizing their order for using the Memory Palace technique.

I’ve organized them this way because alphabetization is a key principle of the Magnetic Memory Method. It helps reduce cognitive overload. Organizing information in this way also helps maximize the core aspects of memory that make the Memory Palace technique work so well:

We’ll get more into these principles in a moment.

Nick was the name of one of my favorite professors. He’s retired now, but I visited his home a few times when he supervised my first MA thesis.

To make sure I had a solid Memory Palace based on his home, I drew it out quickly. Here’s an example of what I mean: 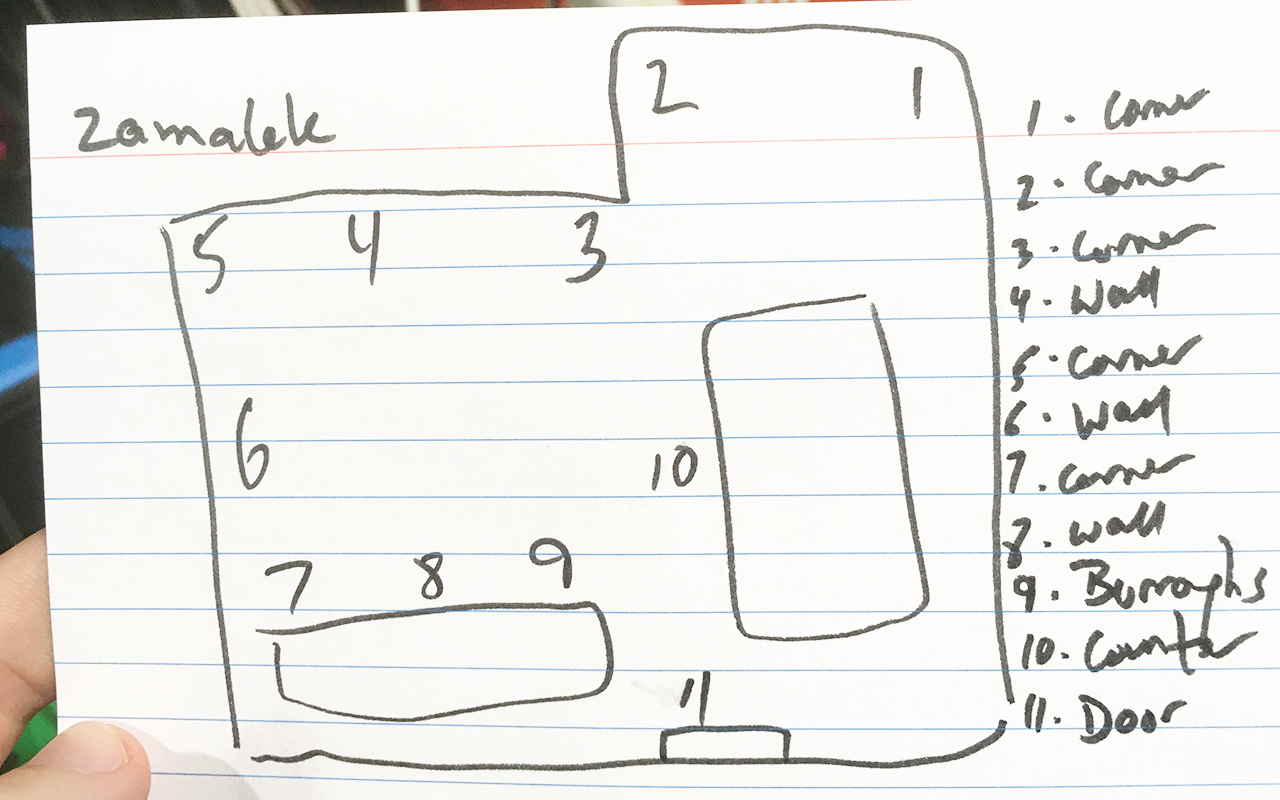 The reason I chose Nick is because his name starts with ‘N’. This reminds me that the first polyatomic atoms I’m going to memorize in this Memory Palace also start with ‘N.’ The rest are in alphabetical order to also reduce unnecessary thinking. ‘P’ is the next letter after ‘N’ for the purposes of this list.

All mnemonic devices work through association. You’ve just seen this principle at play when I chose a particular Memory Palace for this example list.

People skilled with memory techniques have vast lists of associations they prepare in advance. The trick is to start small, such as by learning the pegword method. You’ll also want to learn the Major System.

As a basic association to get started with, you can use the person associated with the Memory Palace. Here’s what I mean in context of ammonium carbonate:

The NH4+ ion part is the positively charged polyatomic atom we want to memorize. 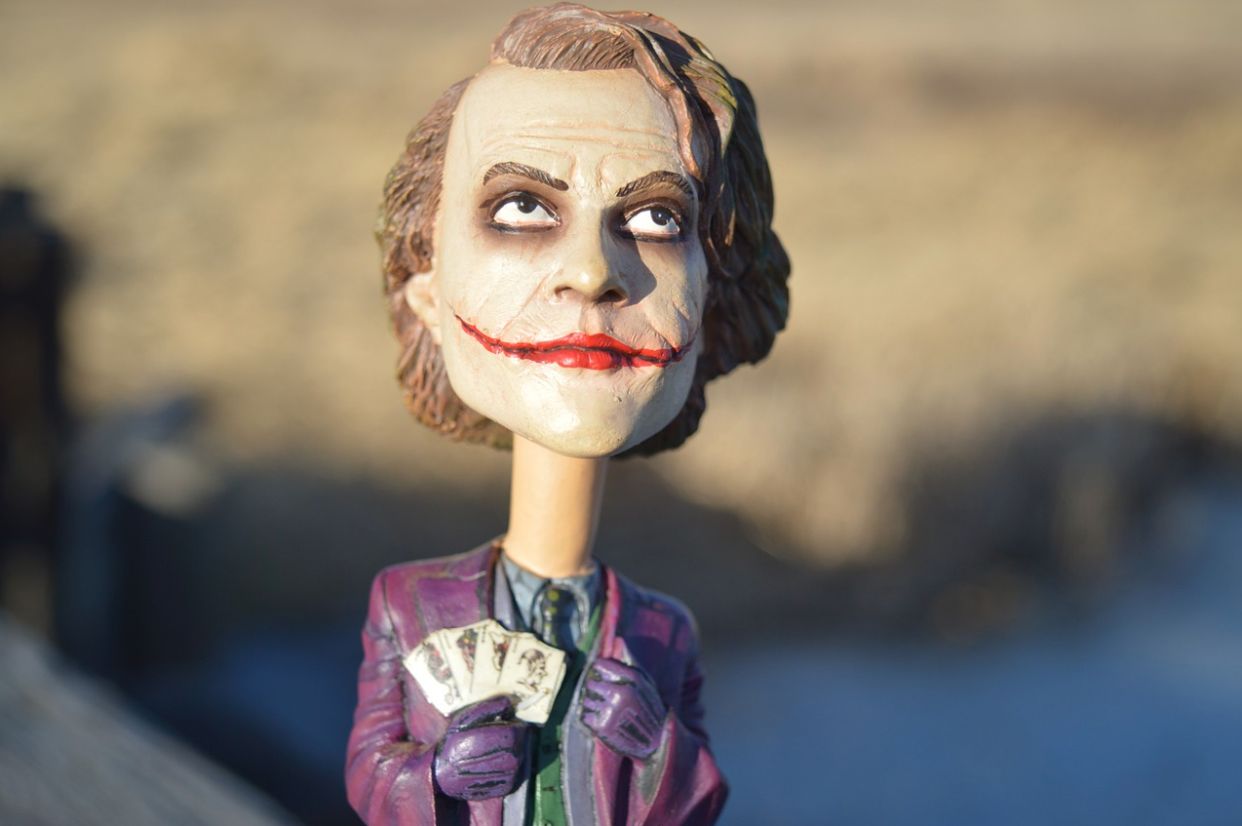 “Ion” doesn’t really require an image because I assume we all know that it belongs to the core information. But if you needed an image for it, you could think about Plato’s Ion, your device running iOS with an ‘N’ stamped on it, or anything that makes sense to you.

And with the Memory Palace in mind as you assign these associations, it’s just a simple matter of bringing everything together through an interaction. 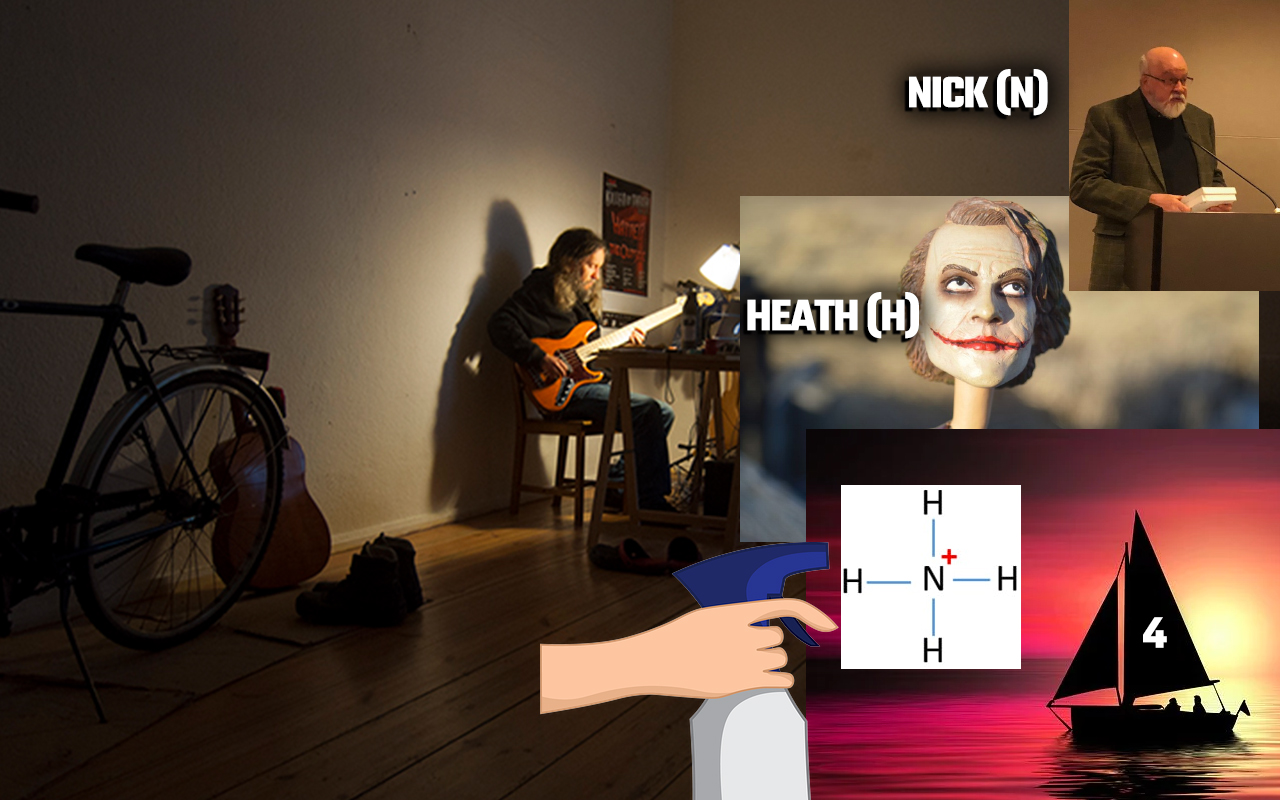 Place your associations in a Memory Palace so you can easily revisit them to establish long term memories.

In this case, I had Nick tie Heath Ledger to a cross on a boat and then clean him with ammonium.

Pro tip: Notice that the atomic structure itself already looks like a cross. When you can, seize upon associations like these. They are powerful and will help you memorize faster.

In this way, I was able to rapidly remember NH4+ and have it associated with ammonium.

Interlude: Coming Up With Associations In Mere Milliseconds

At this point, some people will be thinking, “Okay, Dr. Memory. This is all fine and good for you. You’ve got a killer imagination!”

Anyone can do this. I’ve shared full resources above with exercises that will help you prepare your mind to think like a mnemonist. You’ll also want to master the Memory Palace technique. This special resource will help:

Again, the real technique here is the combination of two levels of preparation:

This optimization is important because the next example on our list is the nitrite ion NO2-.

Since Nick was already used on station one of the Memory Palace, he can simply be moved over to station two.

In this case, we choose an ‘O’ association, switching Heath Ledger out for, say, Oscar the Grouch and a swan. Why a swan? Because swans look something like the letter 2. And if the swan is holding a knight’s sword, then you will remember the – symbol. 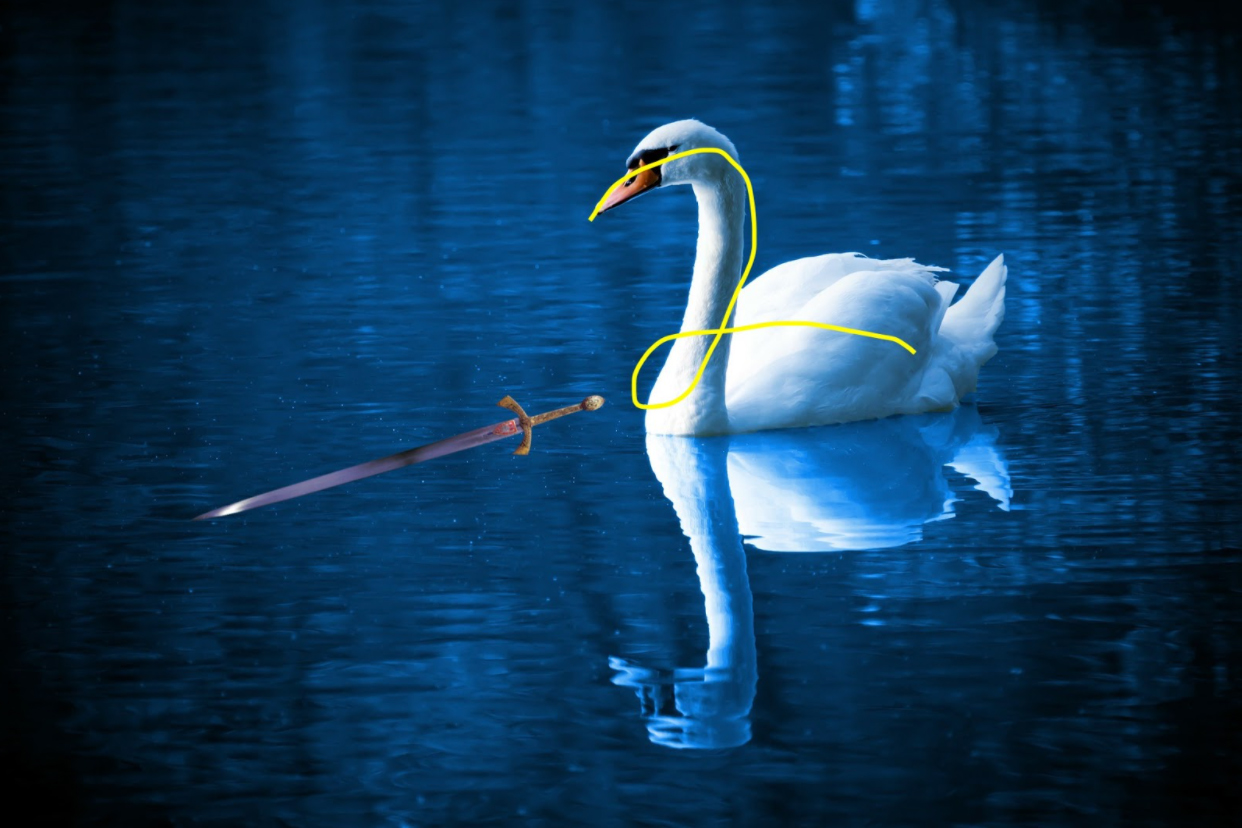 Swans are a perfect association for the number 2. Adding a sword can help memorize that the ion is negative.

Why a knight’s sword? Because it will help you distinguish that this is the symbol for nitrite, not nitrate.

As fun as using associations can be, you also need to use the Memory Palace technique to get the information into long term memory.

To do that, each polyatomic atom you memorize using the elaborative encoding process you’ve learned today needs to go through Recall Rehearsal.

This simple process turns your mind into the perfect spaced repetition machine that gives each piece of information ample doses of Primacy Effect and Recency Effect.

To use the Memory Palace in this way, you need to navigate it and recall each association in the following pattern:

You can still get memory benefits without following these patterns. But if you want bulletproof recall of the polyatomic atoms and a massive return on your benefits, most people find this approach much more robust than using Anki.

How To Learn Polyatomic Atoms That Are Long And Complex

What about longer chemical equations, say (NH4)3PO4 for ammonium phosphate? 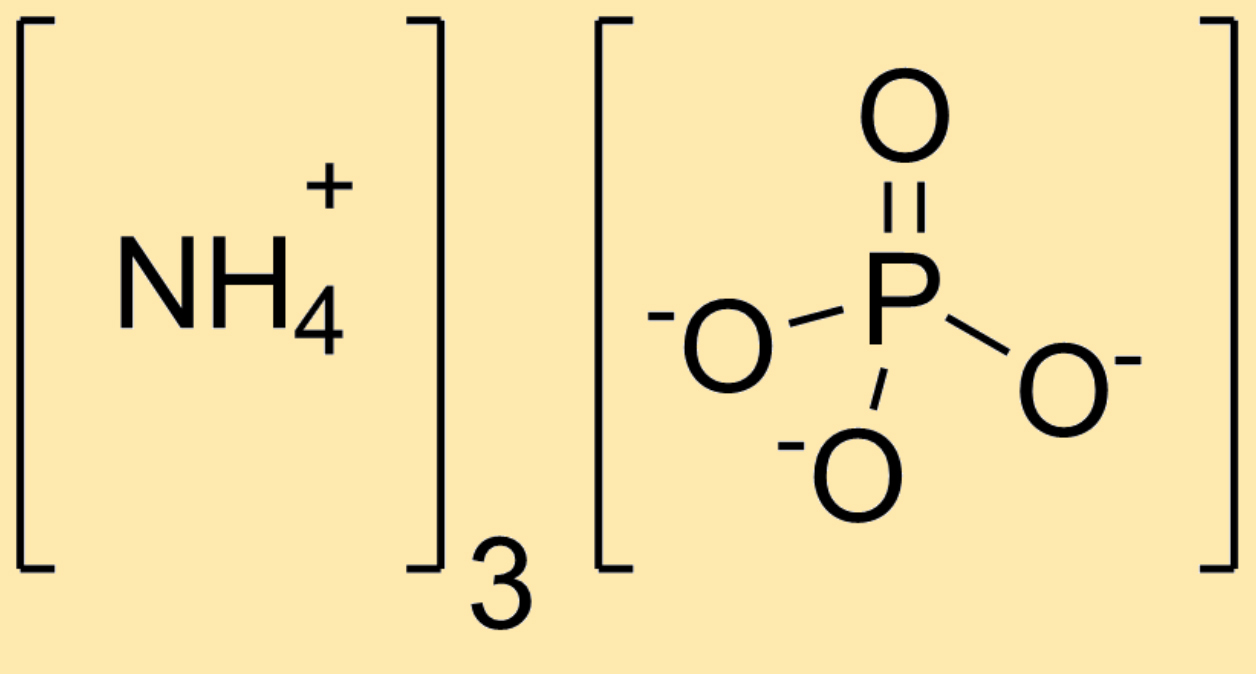 Well, one beauty of the Memory Palace technique is that you can go back and add new information.

In this case, I would add a mustache on its side for 3. Then Paul Stanley from Kiss with Oscar the Grouch on another sailboat. 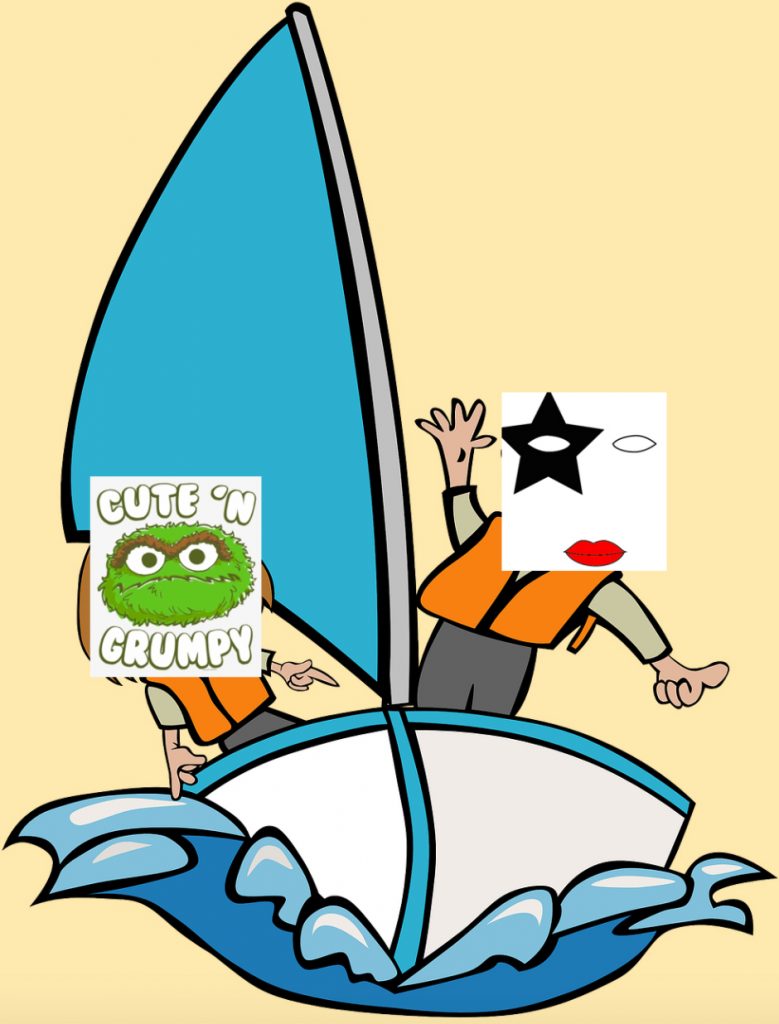 How To Learn Polyatomic Ions By The Ton

This process sounds fine and dandy for a handful of polyatomic ions. But what about all of them

The answer is multiple Memory Palaces.

I would suggest alphabetizing the polyatomic ions so you can reuse your associations by following them along a journey.

However, you don’t have to use alphabetization if you don’t want to. You can also organize them by prefix or suffix, though I haven’t tried either of those myself.

What is essential is some kind of Recall Rehearsal schedule so the information sticks. By using the patterns I shared, you’ll find that the amount of repetition needed to establish long term memory goes way down.

And the benefit of using multiple Memory Palaces is that it strengthens your spatial memory, making you better and better with mnemonics for this topic and many others.

Finally, get a few different forms of recall involved. This means:

These different forms of recall will be huge for establishing long term memory. And if you can find time for a few additional lectures so that you’re hearing the terms more often, that will be useful too.

Millions of people use memory techniques.

The small sacrifice you need to make amounts to a small amount of time developing the skills now so you can learn faster in the future.

The trick is to see it as a game which is exactly what it is: A game of the mind. The same thing goes for memorizing the periodic table – and anything else you want to commit to memory.

If for any reason, the memory techniques you’ve learned today don’t suit you, try mind mapping instead.

Let me know if you have any questions in the discussion area and enjoy the memory journey!