The Glycolysis Mnemonic Strategy That Helps You Remember Fast 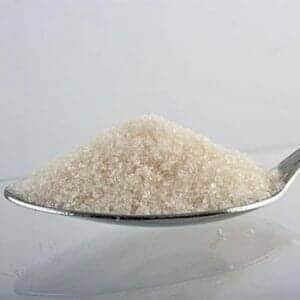 Are you tired of struggling to find the perfect mnemonics to help you remember facts and formulas related to glycolysis?

I can’t blame you. The Internet is littered with all kinds of goofy examples that might work, but not very well.

For example, you might be told to memorize a sentence like “Gophers gluttonize fried food” as an acronym for some of the glycolysis intermediates:

First, memorizing the first letter of the word doesn’t necessarily help you remember the word. Second, you either need to make very long sentences or a series of small sentences to craft a mnemonic for glycolysis.

What if there’s a better way? One that helps you remember many other scientific facts too?

There is and we’ll cover the perfect strategy on this page. Let’s dive in.

The Memory Palace is the ultimate mnemonic device. It works well for learning glycolysis, which is basically defined as a catabolic process of oxidizing and then breaking sugar down into pyruvate molecules.

To begin, you’ll want to create your first Memory Palace for a total of three. These will help you rapidly memorize:

What is a Memory Palace?

Basically, you will use a home or familiar building to place associations that trigger memories of the target information.

Let’s look at examples using each of the three missions involved in learning glycolysis thoroughly.

How to Memorize The Steps Of Glycolysis

There are ten steps in total:

To use the Memory Palace technique, assign 10 spots in a room, or a series of rooms. 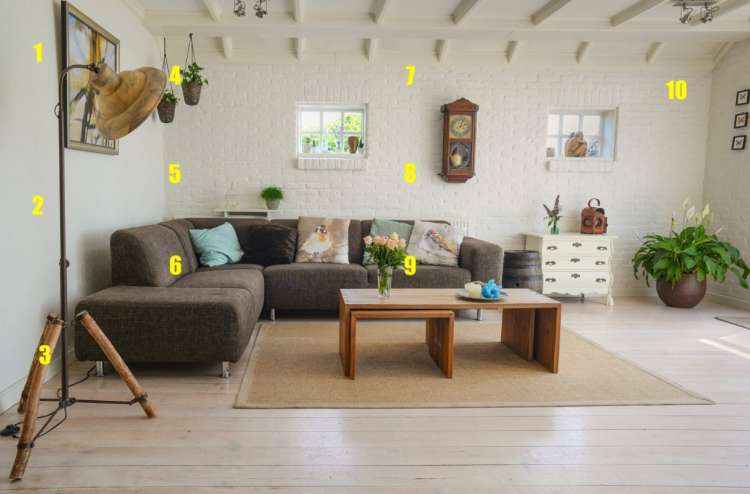 This Memory Palace example shows you how you can lay out space to help you remember information related to glycolysis.

Next, start with the first step and create an association.

For example, to remember “phosphorylation of glucose,” you can think of someone like Dr. Phil going to Australia for a latte he dramatically dumps full of sugar.

You then mentally place this image on the first “Magnetic Station” of the Memory Palace. 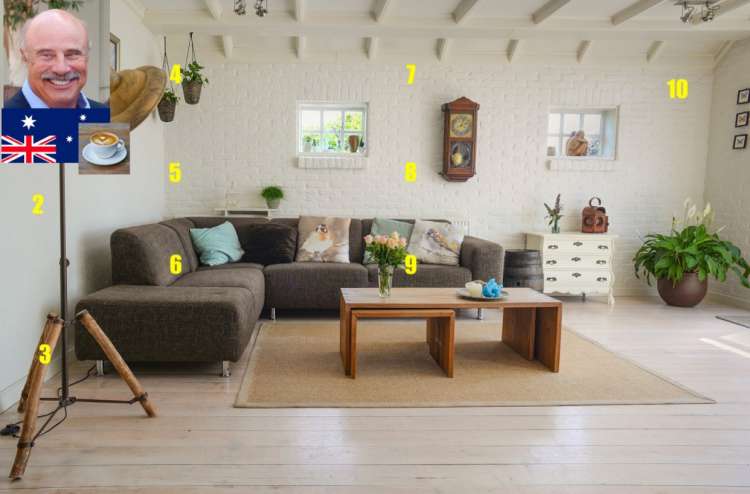 Then, when you try to remember the first step of glycolysis, you think of that first station. Phil + Australia gives you the sound of “phos.”

The conceptual fact that he’s going there for a latte helps you recall the second part of the word phosphorylation. Imagining him dump a bunch of sugar into the latte helps you remember that glucose is involved.

In the beginning it might. But with a small amount of practice, you’ll be like many of my successful students who rapidly recall even more complicated sets of steps than these.

How to Memorize The Glycolysis Enzymes

For the sake of brevity, let’s look at the main enzymes of glycolysis, hexokinase, phosphofructokinase, and pyruvate kinase.

To memorize these names, you’ll follow a similar process.

In this case, you’ll probably want to know that adding -ase to a word tells you that enzymes are involved. In some cases, it may be applied to indicate the name of a substrate upon which the enzyme acts.

To memorize that fact, create your own glycolysis enzymes mnemonic.

For example, you could use a similar word like “ace” or a pop culture figure like Ace Ventura, Pet Detective to add to the core word each time. 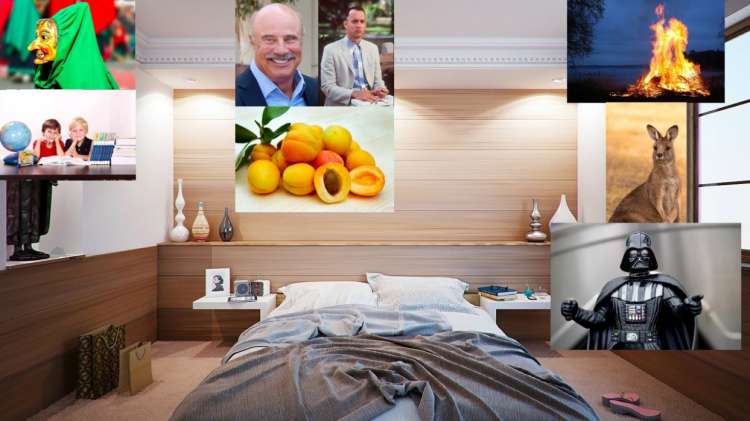 These mnemonic examples will help you memorize some of the glycolosis enzymes. Or you can learn the memory techniques and come up with your own mnemonics.

With that mnemonic in mind, imagine a room like your bedroom.

Since hexokinase sounds like the “hex” a witch could cast on your next of kin, you can combine that image near one corner of your room with an Ace of Spades or Ace Ventura.

Moving to a wall, you make Dr. Phil the “foe” of Forrest Gump fighting over fruit to create a mnemonic for phosphofructokinase.

Notice that these words are as close to the sounds you want to memorize as possible. They don’t have to match 100%, but do the best that you can.

To learn more about how to come up with associations like these quickly, learn the pegword method.

How to Memorize The Glycolysis Intermediates

Students are typically responsible for 11 intermediates. And this is where you get long and difficult to memorize sentences as mnemonic examples.

But can you see by now how the Memory Palace technique with some elaborative encoding is far better as a mnemonic strategy?

With one simple Memory Palace, you can rapidly memorize all eleven of these quickly:

The process is the same. Arrange space in one or more rooms. Then assign associations to each space. 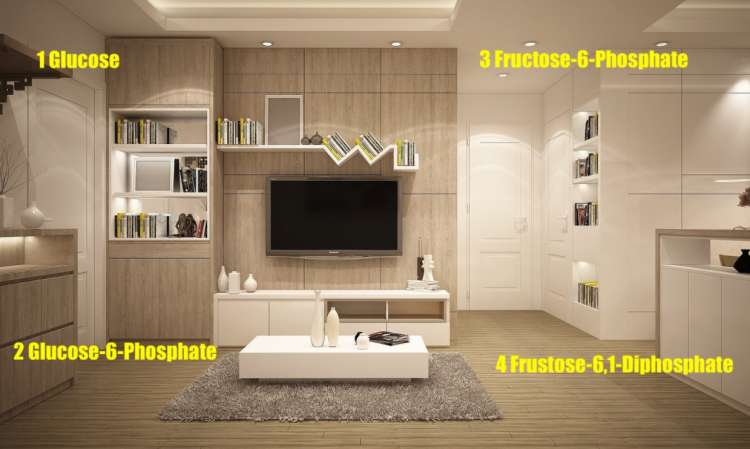 In this Memory Palace example for the glycolysis intermediates, you can see how to use a single wall to memorize four of them. If you’re able to do so, you can fit in more, or use more rooms.

The main tricks involved with knowing how to remember glycolysis with this technique boil down to:

How To Learn Glycolysis In A Weekend (Or Faster)

At this point, some readers will realize that they’re now sitting on an incredible technique, a treasure that has been available to humanity for thousands of years.

Others might feel nervous. It may be a new way of thinking and you might worry that you’re not creative enough.

Please don’t feel that way. As I’ve hoped to express in this tutorial, it’s not about creativity.

It’s about taking a location you already know and bringing individual spots (like walls and corners) together with pop culture information.

In other words, everything you’re drawing upon is already in your imagination. You just need to practice drawing it out.

Put in a small amount of time to learn these techniques, and everything you study from this point on can be learned so much faster.

So what do you say? Are you ready to memorize using your own glycolysis mnemonic solutions?

Dive in and enjoy this incredible learning journey!