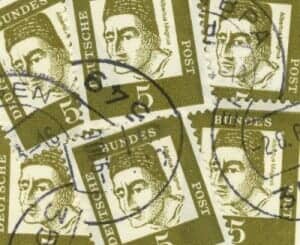 Did you know that your ability to be a moral person directly connects to the quality of your memory?

At least, that’s according to Albertus Magnus and I think he’s right.

A few reasons. First off, forgetfulness is an unnecessary evil. Let it run your life and you’re automatically living on the Dark Side.

Second, you learn, memorize and recall less than you’re capable of. That’s not only an act of self-cruelty. It’s a crime against humanity.

Finally, if you’re not on top of your ability to memorize the information you need to achieve maximum success in life, you’re not able to pass the skills on. It doesn’t get any more immoral than that.

Memory Is The Sensitive Part Of The Soul

Born sometime around 1200 in the Duchy of Bavaria, Albertus Magnus spent a fair shake of time writing about memory skills before dying in the year 1280. He was influenced by Aristotle, who also wrote about memory, and left his mark on Thomas Aquinas, who also filled a few pages on the art of memory.

For his part, Magnus was fixated on ethics and what exactly makes good things good.

For example, he nailed down four cardinal virtues:

Memory, or memoria, belongs to prudence for Magnus, along with intelligence and providence.

Magnus breaks prudence down even further by saying it has a rational part and an emotional part. We should be using memory to live useful lives based on both of these aspects. As he writes:

“Memory can be a moral habit when it is used to remember past things with a view to prudent conduct in the present looking forward to the future.”

Calling up positive things from the past to guide your behavior in the future is fine and dandy. But what about mnemonics?

Magnus called mnemonics “artificial memory” after the conventions of the time. We know better now, however. Using the power of your imagination to make Memory Palaces is the most natural activity on earth, especially compared with spaced-repetition software. That’s the hammer of memory that deserves the term “artificial” more than anything else.

Plus, Magnus was a lot like me. He wasn’t into using virtual Memory Palaces. He advises using only real locations and especially recommends churches because of how they can move the soul.

It’s an interesting suggestion because often the more meaningful the building, the more powerful the Memory Palace will be. Keep that in mind when creating your next Memory Palace and avoid basing any on buildings that may suck your enthusiasm.

I can understand wanting to base your Memory Palaces on locations prone to silence. It kind of makes sense for them to mimic the intense concentration needed for creating powerful associative-imagery inside the Memory Palace.

However, if you’re using a bustling cafe, you don’t need to do the memory work in the cafe. And when you are using the Memory Palace, you can be in a quiet space. In fact, no matter where in the world the building you’ve sourced for your MP happens to be, it’s always a good idea to learn, memorize and practice Recall Rehearsal in quiet places.

But if you want to use the stage and stadium of a memorable Kiss concert, do it. If for any reason your memories of the excitement do get in the way, simply move on to another place.

2. Your Memory Palaces Should Neither
Be Too Large Nor Too Small

Many beginners get excited by the possibilities of making massive Memory Palaces. They draw diagrams of shopping malls, airports and try to use each and every floor of New York skyscrapers.

There’s no doubt that with practice you can use enormous Memory Palace structures. But Mangnus is right. You want to find a comfortable size the works for you.

In my case, I max out at 50-60 stations per Memory Palace. In many cases, I stick with a mere 10, using proper Magnetic Memory Method form to get the into long term memory so any given Memory Palace can be put out of rotation for a while and then reused.

That said, it’s good to stretch once in awhile, so keep working progressively to extend your abilities. The trick is to make sure that you’re getting your desired outcome. Sure, creating a Memory Palace with 5000 stations would be cool – but can you get measurable results from it?

Here’s another rule where it really depends. But in principle, you sure can confuse the heck out of yourself if you can’t distinguish one Memory Palace from another.

In my experience, this isn’t such a big deal. Here’s why:

It’s the difference in information that matters.

For example, I like to use the Ross Building on the campus of York University. I start on the seventh floor where the Grad Pub used to be and work my way down.

The levels are nearly identical, as are the journeys through them. The key difference is how the information itself “tags” each floor.

For example, the seventh floor has been reserved for words that start with “se” spellings or sounds. Likewise, the sixth floor for “si” sounds. The rest of the similarities in the Memory Palace divisions don’t matter because the information itself marks the territory.

As ever, your personal experimentation will make the difference. If it’s too much for you, scale back. When you’re ready to expand, add gradual challenges that will help you grow your memory and memorization management skills.

4. Not Too Bright And Not Too Dark

I don’t know what was up with medieval dudes like Magnus. Even up to Giordano Bruno, mnemonists were bonkers about the level of light in their Memory Palaces.

The issue may stem from the lack of electric lighting. Just as they wanted to use quiet places to maximize concentration, they figured it might be useful to see the Memory Palaces.

Of course, we know now that you don’t really need to “see” anything in your mind. You need only a conceptual approximation.

I think another reason the light issue crops up throughout the history of mnemonics is that so many people built upon the Ad Herrenium. In Magnus’s case, Francis Yates figures he probably had a corrupt copy.

All the same, the dogma about light strikes me as just that. You really need to explore this issue for yourself and see what happens. I predict you’ll do just fine, even if you’re a bat.

In fact, probably especially if you’re a bat, since echolocation is a powerful metaphor for how you can navigate a Memory Palace efficiently without seeing a single thing in your mind.

Now here’s a contradiction in terms if ever there was one. If your Memory Palaces aren’t supposed to be too big, how does one leave this much space between stops along the path?

Hansel and Gretal would have been in big trouble if they’d done that with their crumbs, and so, I reckon, would you. I know this has created issues for me. For example, in one of my Aristotle Memory Palaces for my dissertation on friendship, I had some waaaaaaay too far distances between stations.

The reason long distances creates problems is because your mind spends time and energy scanning the territory. Whether you see the Memory Palace or merely conceive it like stars in a constellation, you’re still using spatial memory.

To reduce drag, try keeping your stations as close together as possible without creating issues for yourself. Cramming is the inverse problem and without breathing room, your associative-imagery might not correctly consolidate.

As ever, it all comes down to your personal experimentation. In this case, you’ll need to work on a case to case basis since, with the rare exception of places like the Ross Building I just mentioned, there are no uniform Memory Palaces.

Memory Palaces Are As Physical As A Brick Wall

One of the coolest ideas Magnus brings to the table involves the notion that both the memorizer and the Memory Palaces are physical bodies. In fact, the entire world is physical and so anything you imprint on your mind essentially resembles tattooing.

Magnus’s concept here is complex, and I’m still pondering it, but he seems to be pre-envisioning the world we live in today. For example, you can think of information as ethereal stuff that has no physical form.

But that would be incorrect. Not only does all information require physical storage in order to be receivable, your brain either uses or creates new chemicals and structures to perceive it.

When you read a book, for example, the information has been physically stored using ink on paper. Read the same book on a computer and the information is stored both in the physical chips and wires, but also in the electricity itself.

This info then enters the physical bodies of your eyes before entering the gazillion roller coaster rails of your brain.

Anyhow, Magnus’s point appears to be that by focusing our concentration on the physical reality of both the locations and the information, we can create much more powerful sense impressions.

And if all of these points from Magnus don’t make your memory more poignant, perhaps a previous or future episode of the Magnetic Memory Method Podcast will. Until that time, by moral by using your memory and always, always keep Magnetic.

The Memory Palace Of Matteo Ricci