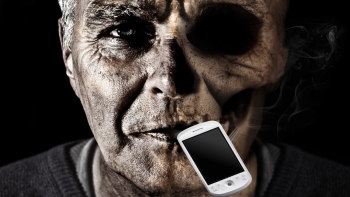 Not literally, but what about that twitchy connection to your phone?

It definitely affects your abilities to concentrate and think deeply.

And that means device addiction harms your ability to remember.

Smartphone addiction not only turns you into a social pariah…

It Can Also Be Fatal!

According to the National Safety Council, using cell phones while driving can make you more accident prone than even drunk driving…

No wonder people are concerned over how cell phones are affecting their lives!

In January this year, two of Apple’s biggest shareholders wrote an open letter to the company requesting it to provide “more choices and tools” so that parents could restrict their children’s smartphone usage time.

The letter added that researchers have found this shocking statistic:

Smartphone addiction is a serious issue and may need some creative problem solving using the C.R.E.A.T.E. formula:

But here’s the real question:

I know you will never admit it, but when you are unable to find your phone for even 30 seconds, it causes a minor anxiety attack.

How do I know this?

Because it happens to people every single second of the day.

Look at this poor fellow:

So, is he a nomophobic?

Nomophobia or ‘NO MObile PHOne phoBIA’ is the fear of not being able to use your cell phone or have access to your device.

Want to know if you’re truly addicted? Take this online quiz to find out.

Nomophobia is real, but the medical community is not ready to declare overuse of cell phones as a clinical addiction.

They neglect to do so in the face of some shocking data.

As the Joker suggests (I misquote), “whatever doesn’t kill us, only makes us stranger”…

Nearly one in ten people admitted to using their smartphones during sex, in the shower, on a movie date, in church or other place of worship, as per the 2013 Mobile Consumer Habits.

What’s more, nearly three-quarters of the respondents said that they were always within five feet of their smartphones.

Although doctors do agree that if you can’t stop using your phone, even when it’s harming your life, you may be “addicted.” 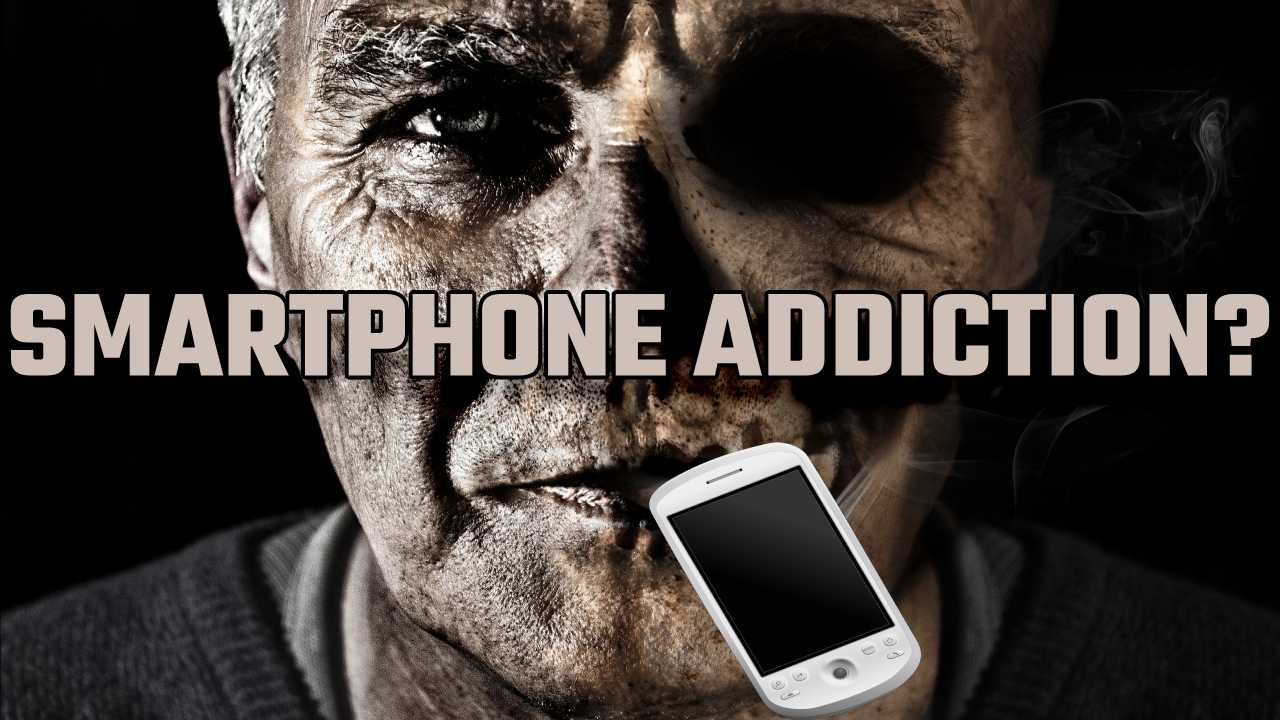 “Only a small percentage of people qualify as addicted. But many people overuse their smartphones.”

This quote comes from Dr. David Greenfield, assistant clinical professor of psychiatry at the University of Connecticut and founder of the Center for Internet and Technology Addiction.

Smartphone addiction is not listed as an official mental disorder listed in the Diagnostic and Statistical Manual of Mental Disorders. However, psychologists are debating about whether that should change.

Some researchers also say that the development of smartphone addiction is similar to that of a gambling disorder (or gambling addiction), which is included in the Diagnostic and Statistical Manual of Mental Disorders.

How does addiction work?

With gambling, the reward of winning once in a while is what hooks people to the habit.

Smartphone addiction works on a similar principle. Most of the time, a phone notification will be insignificant.

However, every once in a while…

Like a phone call from an old friend, or a Facebook notification that someone has tagged you in a photo. Researchers say this type of messages are irresistible and can lead to overuse or addiction to your device.

Device addiction can extend far beyond just the smartphone.

Recently, the World Health Organization announced that video game addiction will now be classified as an official mental health condition in the 11th revision of the International Classification of Diseases.

According to the WHO, gaming disorder is “characterized by a pattern of persistent or recurrent gaming behavior  manifested by:

2) increasing priority given to gaming to the extent that gaming takes precedence over other life interests and daily activities;

3) continuation or escalation of gaming despite the occurrence of negative consequences.”

“The behavior pattern is of sufficient severity to result in significant impairment in personal, family, social, educational, occupational or other important areas of functioning,” WHO adds.

Whether it is to play video games or check your Facebook notifications, here’s the truth:

Spending too much time with your smartphone will slowly but surely harm your mind.

How Smartphone Addiction Damages Your Memory

For starters, the presence of smartphone alerts is disrupting our already weak ability to focus on the task at hand.

If you are constantly using your mobile phone to surf the internet it affects the brain’s frontal lobe and brainstem functions, resulting in decreased ability to speak, reason and comprehend social cues.

Researchers also found that smartphone addiction can lead to an imbalance in brain chemistry that triggers depression and anxiety.

Ultimately, smartphone addiction can impair your ability to interact in the real world to the detriment of your personal and professional relationships.

Smartphone addiction does more than alter your brain chemicals. Your posture also gets affected when you use your phone all the time.

And according to the National Center for Biotechnology Information, posture affects mood, behavior and memory.

Therefore, frequent slouching to look at your device screen can make you depressed.

What’s more, Researchers at the University of Michigan state that the tucking your chin (or chins) and hanging your head to look at the smartphone is also causing empathy levels to fall and narcissism to rise among individuals.

The only thing worse than narcissism is abusing these memory improvement vitamins.

A Reliable, Easy & Fun Way To Learn Things
(Without Googling It On Your Smartphone)

We have all done it:

Reached for our smartphones the instant we want to verify a fact, learn a new bit of information, watch a video or read an ebook.

But there are other approaches.

One simple way to undo the damage done by mobile phone overuse is to switch off the phone and go back to a real book for information or entertainment.

Re-read of a book from the past. This way you’ll not only defeat Digital Amnesia, you’ll also enhance your attention as you give your brain the opportunity to revisit information from the past offline.

You can also Mind Map, and I’ve recently shared one of my own to demonstrate just how powerful this approach can be for memory, focus and concentration:

But the ultimate technique is called “Digital Fasting.”

Just leave your smartphone at home or sit in a cafe with no WiFi so that you are not distracted by your device and can dedicate mental space to the book at hand.

And if boredom strikes and you feel the need to sneak out your smartphone, use these 3 ridiculously boring ways to add focus and excitement to your life.

But no memory improvement training will work to the highest possible degree if its not linked to memorizing information that will immediately improve your life.

And to do that, you learning projects need to involve Memory Palaces (ideally by creating them the Magnetic Memory Method way, including these sensory memory exercises).

Why On Earth Is That?

Because when you create Memory Palaces using the Magnetic Memory Method it lets you measure your memory improvement activities.

And tracking your outcomes leads to rapid improvement in the way information gets stored in your long term memory.

All other memory techniques including playing crossword puzzles can be used inside of Memory Palaces.

Building Memory Palaces is also great for dealing with a diminishing attention span. 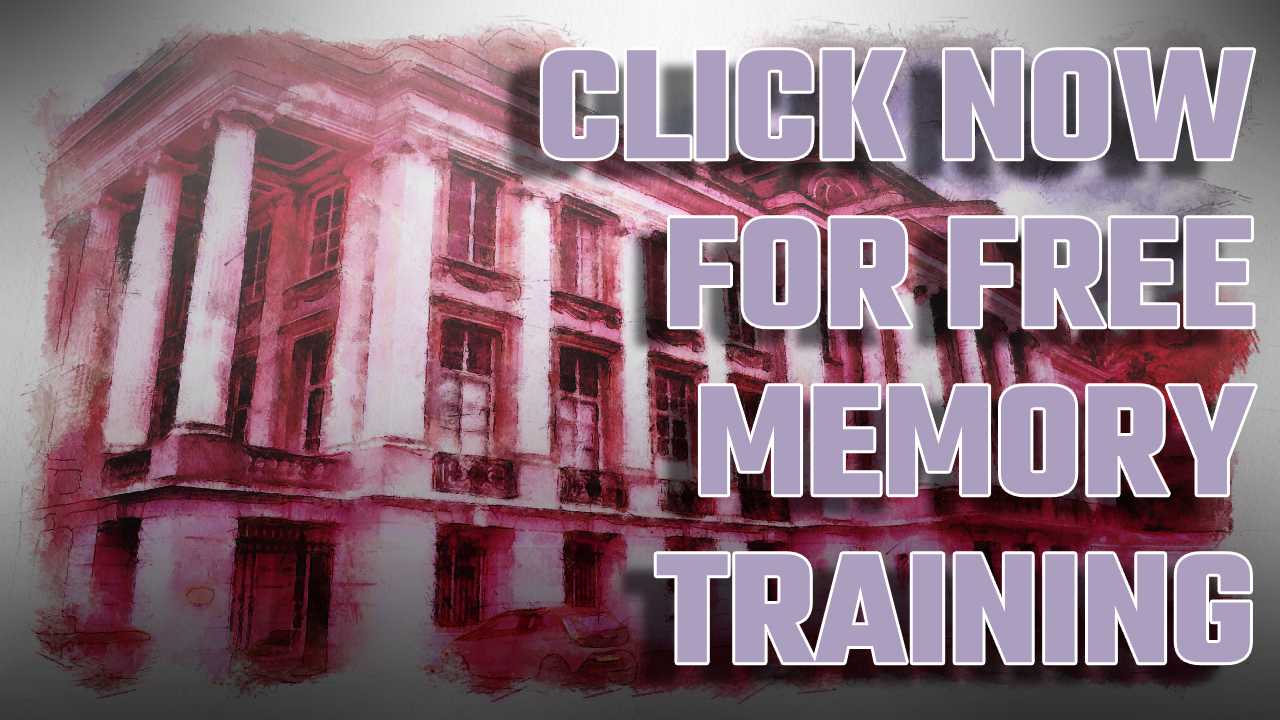 Get  More Out Of Your Existence

You want to live a full, vibrant, exciting life?

You don’t want a zombie-like existence where a handheld device controls your emotions, moods, experiences and even what information your brain can or should store?

If “hell yeah” is your response then we are on the right track!

But don’t worry if you don’t have it all mapped out when trying to get rid of the smartphone addiction habit. You don’t have to.

You can create your own hacks for building better habits.

Better still, use the magic of Memory Palaces to unlock your brain’s true potential and lead the magnetic life you deserve.

Come on, say it loud (just not into your smartphone) – hell yeah! 🙂