7 Reasons Having A Memory Implant Would Really Suck 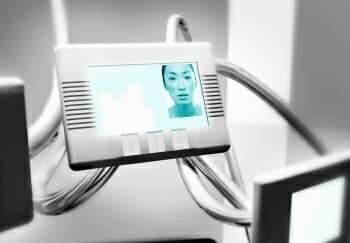 Let’s face it. Everyone has fantasized about having a memory implant.

You know the kind:

A small, unobtrusive thing, patched directly into your brain …

… capable of letting you learn and remember at miraculous speeds.

Heck, maybe this neural implant or brain prosthesis (whatever you want to call it), doesn’t even need to break the skin.

It may even be possible that your memory could be manipulated by radio waves or some other external signal.

But until that time, unless you’ve already decided you’re going to be the first in line …

Here are 7 reasons why memory implants are probably going to suck.

I conduct a lot of surveys here at the Magnetic Memory Method headquarters.

And that scene from The Matrix …

People don’t watch the movie for what it’s really saying and the true metaphor about the value of training and journeying we can extract from the tale:

Downloading IS NOT Learning!

… Morpheus next cajoles Neo into jumping off a building, part of a chain of events that causes the “real” Neo to bleed.

Morpheus then tricks Neo with the woman in the red dress, proving again that downloading isn’t enough.

The mind still needs to be trained.

And let me ask you something:

What is Neo’s ultimate showdown with Agent Smith other than another training exercise? An exercise that actually requires Neo to die before he experiences an awakening …

… That leads to two sequels where he needs to practice being Neo even more until he can surrender his life to the war between humans and machines and finally die.

And even then, some people reckon that Neo’s not really the one:

The point is this:

They’re just plain wrong about the definition of knowledge.

Knowledge may well involve things you can store and retrieve …

But at its core …

Knowledge Is The Ongoing Practice Of Knowledge

And that knowledge/practice coupling should ideally become better practice over time. But it can only be earned through consistent acts of practice, consistently applied.

The level of learning most people want will never be instant. It will always require practice over time. And it will always involve an interesting combination of weaving and navigation as you create the paths you travel.

Understanding takes time. Even understanding must be practiced through consistent contemplation.

Yes, Yes, But I Still Want To Know …
Is There A Shortcut?

As a matter of fact, yes there is. A short cut even better than the shortcut many people seek.

The only (and best) shortcut to contemplation is memory techniques. Learn them a.s.a.p.!

Why? So you can STOP dithering around with the consumption process and get on with processing information.

No computer can do that for you. Ever. That’s entirely on you.

A lot of people whine and complain about advertising. Sadly, this kvetching often comes from the same people who sacrifice hours of their time to social media and mindless television.

To tell you the truth, it kind of makes me miss the PBS days …

… and THEN telling content creators how to make their content in ways that serve ads better and more frequently.

Serve ads better – not necessarily you. 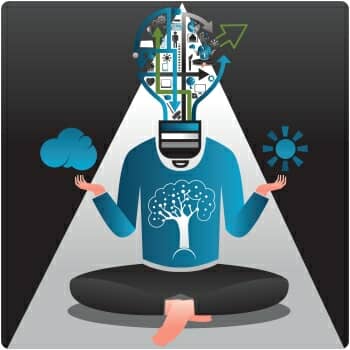 And you had better believe that the first thing they’re going to do if implants succeed is erect billboards in your head.

At least now we can fend off Digital Amnesia by digital fasting.

But once the branded devices are fused with your brain, you’ll be the walking receptacle of advertising you can’t switch off.

#3. The Nightmares Of Hardware Maintenance …
In The Flesh!

Taking care of our human bodies is hard enough. People do a better job with their pets and vehicles a lot of the time.

And since we know the implant market will follow the trends of manufacturing processes, there will be an ongoing attempt to make the hardware as cheap as possible to maximize profits …

Do you really want a brain prosthesis built in a sweatshop constantly breaking down and rotting in your head?

When you could simply learn memory techniques and have way more than you ever need?

Plus, bad people will be constantly trying to hack into your implant.

And the first place they’ll go is your passwords manager, while also working to put your entire brain on the fritz.

And that’s just the tech side of the equation.

Imagine a hacker being able to cause electrical shocks or worse, simply by writing a line of code and “email thinking” it at you? Someone writing a “Brain Aneurysm” virus is almost a certainty.

#5: It Could Become Very Expensive
(Even Deadly) NOT To Have A Memory Implant

Don’t have an implant?

Too bad, kemosabe. You’ll have to go live in the camps.

Assuming the scientist can solve all the biotech problems I’ve just predicted, I foresee even worse problems.

For example, what will it matter if you have all the currency in the world, if you don’t have the brain implant by which it is traded?

Just as we are all now forced to have email accounts to do just about anything, social trends may wind up forcing a majority to adopt a thoroughly unhealthy implant just to keep up with the joneses.

This Problem May Lead To All
Kinds Of Terrifying New Governance

We already see how slowly sovereign powers around the world have risen to deal with the Internet.

And we see more and more control over this precious tool that will lead to greater control over the inside of our minds and memory if we allow wired neuralinking and the government lurking behind it to penetrate our skulls.

In case you missed it, we were jamming on related topics with reference to everything from Jacques Ellul to the Unabomber to Videodrome on this Magnetic Memory Method YouTube Live. Feel free to enjoy the replay:

#6: Memories Are Generated, Not Recorded

Another big reason brain prosthetics will suck is that our brains don’t record memories. They encode them, breaking them apart for reconstruction later.

It’s a chemical process that can be guided by thought (itself produced out of the chemical brain).

But if an implant “records” a memory for you, then it is not encoded.

This will atrophy those beautiful parts of your brain, mind and willpower that need the fitness.

Those parts of your brain need fitness as badly as the muscles in your arms and legs need pushups and squats.

Just talk to people: Aren’t most conversations a series of statements like, “I’ll have to look that up and send it to you”?

Well, having an implant in your brain might make it possible to perform a quick search and send a thought email …

… And heck, why not thought-Tweet it to everyone in the world at the same time? …

That Will Only Create More Noise

More twitchy people who are less and less interesting to talk to.

Because now instead of constantly monitoring their phones in the middle of conversations, they’re zoning out from inside their heads.

#7: Non-Wired People Already Struggle
With The Failure To Disconnect

What will they do when it becomes impossible to unplug?

Download and scan Orwell through their minds, and in a Neo-esque moment of triumph, proclaim, “I know 1984?”

Is There An Upshot?

Through neural implanting, blind people have been able to experience sight. Valuable triumphs like these have been going on for a very long time.

Perhaps there is even hope for brain lesions, curing Alzheimer’s and other problems that plague humanity. 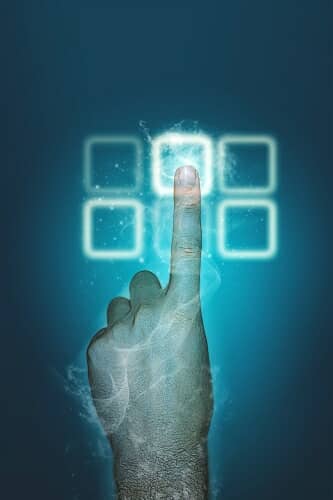 But as science discovers more ways of fusing technology with the brain through neuralinking, neural implants and the like, let’s understand this:

The brain is not now and never will be technology. Even if a strong enough neuralink is established, people who fantasize that machines will learn on their behalf completely misunderstand what memory and learning mean and how practical, everyday life will define it.

And nothing will ever replace the amazing feeling of being accomplished in several areas of interest, skill and aspects of human and scientific knowledge.

Don’t Want Those Things? No Problem.
(Or Is It The Biggest Problem In The World?)

Keep playing with your apps and fantasizing that spaced repetition software is the path to a truly powerful memory.

Go ahead and be the first in line when the chopshops open up to perform neural implant surgery. Let the surveillance parameters of both computer hacker criminals and government and the marketers they barely control have at it.

I’ll point out in conclusion that humans are very poor at predicting the future, including me.

But whatever direction this project of neural implanting takes us, just don’t call it memory. The great tradition of memory techniques and the current Mnemonics Renaissance only holds meaning through our own acts of preservation through practice and practice as preservation.