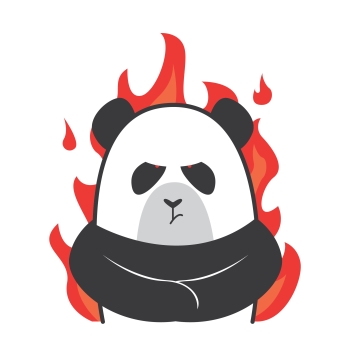 Have you ever wondered why on earth anyone would focus on memorizing individual words?

A lot of people not only wonder about this, but some are utterly convinced that focusing on vocabulary instead of complete phrases is …

The Worst Thing You Can Do

It’s simply not true. And …

Frankly, it’s time to settle this argument once and for all.

If you want to learn a language you do need to memorize BOTH words AND phrases.

But here’s the problem, one that this commenter on the Magnetic Memory Method YouTube channel makes oh so obvious to point out:

Do you see what’s happening here? Can you guess why I might have hesitated to approve the ironic snark lurking in this comment?

The problem is this:

Macovei assumes that … because he learns a particular way … everyone else should learn that way too.

Worse, Macovei seems to think that …

Because He Hasn’t Found A Faster Way …

These two logical errors amount to crimes against humanity.

And thanks to the Primacy Effect and Recency Effect, people get pushed into limiting corners of negative belief thanks to logically fallacious comments like these.

Sadly, there are enormous mountains of them floating around.

Don’t let them catch you!

Evil Spell #1:
The Lie That Sentences Shouldn’t Be
Broken Down Into Pieces

A lot of critics say that you should just go ahead and learn entire phrases.

BEFORE you’ve developed the ability to use memory techniques to remember even one single word.

Sorry, Macovei, but there really is an alternative.

One that teaches you how to memorize individual words. One that appeals to enough learners that it’s worth all that I do just to help them.

The skill is easy, fast, elegant and fun.

It’s a skill you can extend to entire phrases very soon. But you’re much more likely to get there faster if you start with memorizing one word at a time first.

For example, imagine you get really good at learning how to use a Memory Palace. (Hint: It takes only about 2-5 hours. After that, you stand a chance at becoming a memory champion if you wish).

In it, memorize ten words.

Make them cornerstone words. Really know them inside and out.

And then (and only then), go back to the first word. Add a phrase to it.

Then add a phrase to the second word.

By starting with individual words, you really can scale much more quickly.

What makes the difference is the NATURE, QUALITY and UTILITY of the words you choose.

And let’s be frank:

How To Make The Right Choices Isn’t Always Easy!

But on this Live Call, the Magnetic Memory Method Global Family and I buckled down to the truth:

To sum up that Magnetic Memory Method YouTube Live for you, here’s what we concluded:

You find the right vocabulary and phrases along the way by …

And generating your own curriculum as a language learner.

How To Deal With Conflicting Language Learning Advice

You’ll come across a lot of different opinions.

Ignore the bulk of it. Especially when the come from the kind of self-proclaimed language learning gurus like I take to task in this video:

A lot of people give in to negative self-hypnosis and pass it on to others in an attempt to hold the rest of the world down. They don’t want to be lonely down in the bottom of the crab bucket, after all.

Their attempt to hold you down isn’t necessarily evil or even malicious.

But it is infectious. Negative messages draw the attention of the eye and take hold in the brain.

Simply by knowing this fact about them, you can weaken their power.

You can also release yourself from their hold by learning memory techniques and buckling down to the truth that you need both skills:

Vocabulary memorization AND phrase memorization. Unlike those crabs pulling each down into the bucket, when it comes to memorizing vocab and phrases …

One Helps The Other!

Many (but not all) human brains get overwhelmed by entire phrases. That’s why I free them to the power and glory of finally making some headway into learning a language. One word at a time.

Just as I did when I used the Magnetic Memory Method for German (full story with tips). Richard Gilzean did much the same, but with his own Magnetic twist.

Not to mention what Amanda Shaw accomplished when using the Magnetic Memory Method to help her learn Arrernte.

Don’t take my word for it. Just follow the evidence. Repeat the experiments. Enjoy the results.

If it’s not for you … well, like Wittgenstein once said:

(Whereof one cannot speak, thereof one must be silent.)

The Memory Palace Is Hard, Slow and Boring

Check out this interesting exchange from last week’s The Only 4 Memory Improvement Systems You Need: 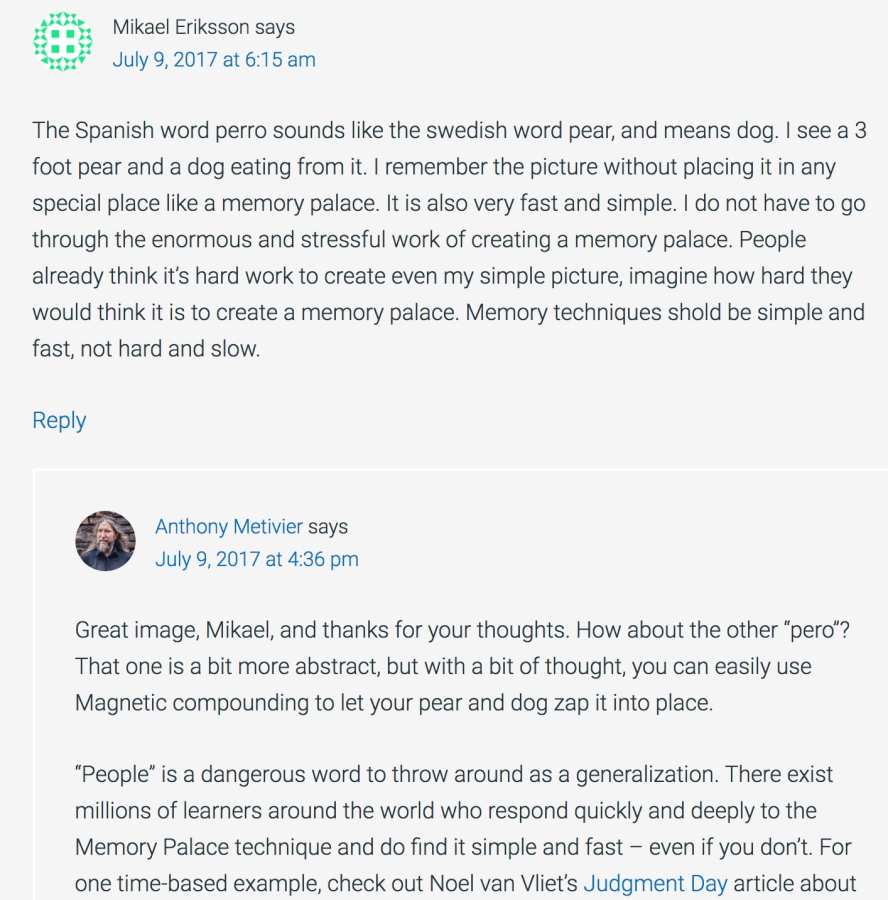 A person who provides evidence of having memorized one word is using the Magnetic Memory Method discussion area to call Memory Palace use for language learning slow.

As far as I can tell, this person hasn’t even tried the technique.

And if that’s the case …

How On Earth Can You Cast Judgment On
Something You Haven’t Tried?

I’m not a psychologist, but when I read flat out dismissals like these, I see, hear and feel … pain.

At some level, I think these people are like muscleheads at the gym who are afraid to be seen lifting smaller weights …

… Even though the body has many muscles you can develop if you’re willing to put your ego aside and master a few simple moves with lighter weights first.

That’s how I’ve developed a lot of muscle at the gym and it’s how I’ve won the war against overwhelm in language learning on a daily basis.

The Big Five of Language Learning helps too.

And you can just go ahead and wind up the clock and time yourself if you don’t believe how fast it can go.

Just like Noel van Vliet did in his Judgment Day report on the Magnetic Memory Method.

I could be wrong about all this …

But what else other than ego-based fear could be driving the certainty behind such convictions and hypnotic spell casting?

And in case you’re thinking …

Hold On There, Magnetic Cowboy!

What’s driving YOUR certainty, Dr. Metivier? Could it also be some kind of fear and pain?

But I have no certainty. None.

And that’s the point. This is the art and science of memory. There’s nothing to fear so long as you’re true to the craft and the evidence.

And like most of the best in the memory training game, as both a lifelong student of memory techniques and teacher, I too started as a skeptic.

The reality is that skepticism is a power – but only if you’re testing it.

And you need to begin with the only skepticism you can test – YOUR skepticism.

You could have memorized BOTH a new word AND a new phrase.

And anyone who has spent any time learning a new language knows that you have to do both.

You Should EMBRACE Both

And you should understand that memory techniques for language learning lovingly encourages both.

That’s true for other realms of vocabulary memorization too, such as anatomy.

That message shall remain.

Because it works for those who struggle to find any other way.

And it works for the mega-polyglots too, even if they save the Memory Palace just for the Stubborn Quintile or other words worth remembering, like the ones covered in my How to Improve Vocabulary With Mnemonic Examples Playlist:

You don’t have to make the Memory Palace the cornerstone of your practice, after all.

You’ve got nothing to lose and everything to gain.

Be Wary Of All Spell Casters Who Speak
Without Experience

Ignore the fearful critics who speak without experience. Follow your interest and bliss instead.

But please, spare the world your time and energy whenever you feel the need to wax messianic about why things you’ve never tried can’t and won’t work.

We’re busy freeing people from The Matrix of lies and illusions here, not holding them in prison with you.