How To Use Memory Techniques At The Grocery Store 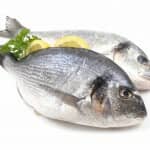 The irony of working with Memory Palaces to memorize foreign language vocabulary is this:

Focusing on the small stuff can distract you from the big stuff.

And language learning is filled with all kinds of little details.

There’s so much to learn that it’s easy to overlook… eating.

That happened to me a lot in Germany, where most stores (including many grocery stores) are closed on Sundays.

Well, I’ve got a few things I can eat, but it’s not ideal, and I wish I would pay more attention to the shopping schedule every Saturday …

In any case, being painfully aware of this absentminded error as I type, I’m reminded of something I wanted to tell you about last week:

A memory exercise that I came up with when I was shopping in the grocery store around the corner.

I haven’t tried it yet, but I thought it would be a neat exercise to memorize the items as I put them in the cart along with their prices. It’s all part of the journey toward bilingualism.

And it’s a nice break from books like the Teach Yourself series for vocabulary.

Without looking at the cart, or looking at it as little as possible, I could then test my memorization of the items as I emptied the shopping cart and then see how well I did with the prices as well.

Obviously, this is an exercise best reserved for casual shopping when there isn’t a fixed shopping list already in play.

I’m going to give it a try … the next time the grocery store is open.

How to Use a Grocery Store as a Memory Palace

First, create a simple drawing of the layout. Like this: 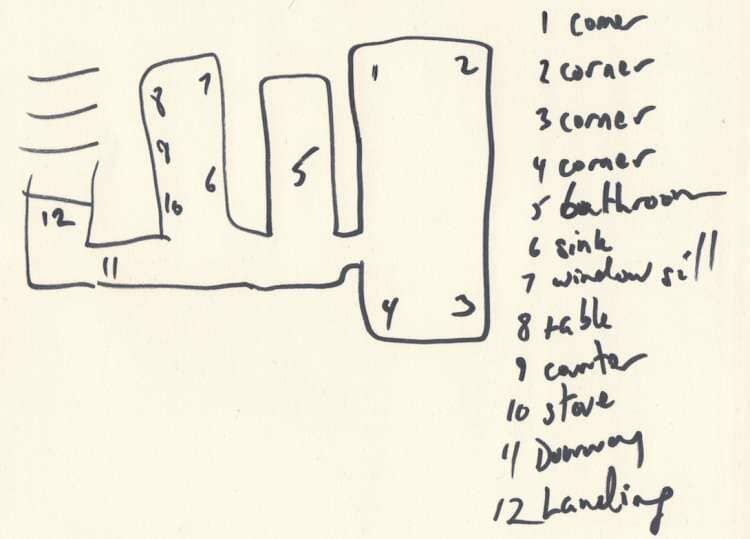 Although this illustration is for an apartment, the principle remains the same.

Second, know how to encode the words you want to memorize.

Third, review all of the words (and in this case, prices) you memorized as soon as you get home. If you want to memorize the information more permanently, use more Recall Rehearsal. Memory expert Dominic O’Brien calls this process the Rule of Five.

Before I go, I wanted to remind you about the free memorization app I mentioned yesterday: Brain Athlete.

Give it a try, but keep in mind the fact that even softwares like Cogmed haven’t proven great for brain exercise.

There’s only one aspect of this particular app that I don’t like.

It has to do with it having “give up” buttons instead of “stop” or “pause” buttons (I got in touch and the developer has since changed this feature).

Since so many people are quite sensitive about their memories, it’s not exactly the best message to have hovering in front of one’s eyes when doing memory work.

I talked to the developer about it and he said he was going to change this in a future update, which I think will make the app much stronger all around.