My Two Biggest Memorization Mistakes & Why One of them “Works” 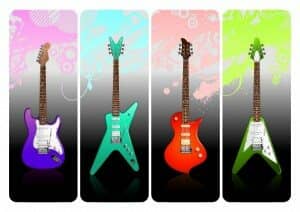 I’m often asked about mistakes that I’ve made when using a Memory Palace Network for language learning.

The simplest answer is that my entire journey into coupling mnemonics with vocabulary was born from a mistake.

I had already known about mnemonics for years and thoroughly researched many of the classic books on mnemonics.

On top of reading from many unknown tomes – and thanks to may wonderful Magnetic Memory Method students, I have found even more obscure writings on Memory Palaces I had no clue existed. Please keep them coming.

But despite what I knew about mnemonics, I still made the mistake of trying to memorize vocabulary by rote.

Even in my German language classes in both New York and Berlin, I would turn my attention from the lesson to repetitively write out a word I had just learned.

Sometimes I would fill up to four pages as though rote learning were some form of alchemy that would lodge the material in my mind forever.

You know what was even stranger than rote learning?

My teacher praised me for doing this!

Instead of suggesting that I pay more attention to the lessons, he thought I was the most industrious student in the class (and also often commented on how I brought the biggest dictionary he had ever seen to class every day).

But my habit of writing out the words I wanted to memorize was not only regressive because it didn’t actually work.

It was regressive because it was work.

Let me repeat that:

Rote learning didn’t work largely because it was work.

And this is perhaps where my biggest memorization mistake comes in.

(The other biggest mistake is in not completing these sensory memory exercises, which are fun and easy to do.)

I kicked the rote learning habit when I pieced together the classic mnemonic ideas with the core principles of the Magnetic Memory Method.

(In it, each letter gets one or more dedicated Memory Palaces. I also use the principle of word division, the principle of not crossing one’s own path and not trapping oneself. Relaxation through meditation for concentration and memory plays a role too).

But the biggest memorization mistake I made was to use the term “work” in my books.

Of course, in this context I use “memory work” in a positive sense and I think I’m probably influenced by how my Systema instructor (Russian Martial Arts) often talks about “soft work,” exercises which involve deep states of relaxation during confrontation with an attacker.

It’s wrong to use this word in the context of memorization, however.

Because the Magnetic Memory Method is about playful experimentation and developing personalized approaches. You’re housing the words you want to memorize permanently in your mind (based on the understanding that permanence requires rehearsal of the mnemonics and/or use of the memorized vocabulary).

The key point here is play. I believe that playing with concepts and techniques is what distinguishes those who succeed from those who don’t. It’s the path to becoming a human mnemonics dictionary.

I don’t play video games myself unless they are tiny little apps on my iPhone. Only rarely, even then.

But one thing I’ve noticed is that some people are utterly obsessed with games.

They play them with passion. They know them inside out. And their obsession with the game makes them successful players of the game.

In other words, playing the game is never work. They never call it “game work.” It’s always “playing a game.”

Christian Fitzharris and I talk about this in our interview on Brain Games if you want more info on turning effort into endless fun.

Video games aside, although I feel rather badly about associating the Magnetic Memory Method with “work,” there’s an ironic paradox at play here:

Without the desire to work at something, nothing truly great ever happens.

Without work, it’s unlikely that one would ever trigger the desire to improve because there would be no discovery of how and why what is working works so powerfully.

Thus, it seems to me that the key behind memorization is to take one’s target language and “work” it only for so long. Work it until it becomes a passion.

Next, allow that passion to grow. Perhaps with this:

Before I go, I’ve got to give a link to this related video I really enjoyed. It’s an interview with the musician Steve Vai. He talks about his “10 hour guitar workout” and why he practices that way.

Here’s what I want you to notice:

He doesn’t spend oodles of time practicing guitar because he has some desire to be known around the world and revered by fans of music and other musicians. That might have been a result of his hard “work,” but it was certainly not the goal.

No, Vai uses 10 hour guitar “workouts” because he’s obsessed with the guitar and the great feelings that playing it bring him.

In other words, the amount of “work” he does amounts to null.

And you allow the Magnetic Memory Method to help you…

Then I won’t feel to terrible about the term “memory work” as I use it in my books and memory courses.

I just wanted you to know that that are several subtleties and paradoxes behind the term and that passion, not labor, is the true intent behind my use of “memory work.”

In the very first few minutes he says something key:

“I loved the idea of picking up the instrument and not being able to play something and then working on it and then of all a sudden being able to do it.”

He uses the word “work” when he’s really talking about “passion.”

So, build your Memory Palaces, pick up your dictionary and get to it.

If you need help, I’ve got a bundle of memory courses that will make your mind truly Magnetic. You can find them in the Magnetic Memory Method Masterclass.