How Psychics Abuse Your Working Memory To Rip You Off 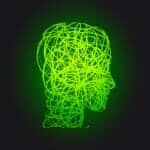 Go on. Admit it. Life would be easier if you could read the mind of your friends and lovers. And you could be rich overnight by divining the insights of the best stock pickers alive.

But the reality is that psychic powers do not exist. Or at least, there’s no meaningful evidence to suggest that they do.

Yet the question is, why do so many people believe in psychic powers? Why are tarot readings and crystal divinations and all kinds of claptrap so attractive to so many people.

Perhaps some of the answer to these questions involves working memory. So in this episode of the Magnetic Memory Method Podcast, let’s talk about how.

What is working memory?

Working memory is the system that is responsible for holding and processing new and already stored information – for a short time.

Having working memory is important for reasoning, comprehension, learning and memory updating.

As a term, working memory is generally used synonymously with short term memory. Yet, the two concepts are distinct and should be distinguished from one another.

Whereas working memory is a theoretical framework that refers to structures and processes used for temporarily storing and manipulating information, short-term memory refers to the short-term storage of information, and does not entail the manipulation or organization of material held in memory.

Given these facts about working memory, it seems clear that it plays a roll in why people believe the psychics and their readings.

First off, psychics overwhelm their clients with questions. By asking them to access so much about their past, it can be difficult, if not impossible to remember the questions the psychic asked.

As we’ll see, talented psychics use language as a tool for increasing the recall of hits and obliterating our memory of the misses.

Magicians know how to use this effect as well. For example, they use what is commonly called misdirection. But in reality, they use …

By using focused attention, you are not misdirected but rather directed to pay attention on the wrong things. The audience then remembers only the big moves the magician makes, and should they have spotted the small moves in which the dirty work is done, the cognitive overload of the big moves erases the memory of anything else.

In fact, the most rewarding compliment a magician can hear is, “but he didn’t do anything.” In these cases, the big moves have been so natural or ordinary that they have no meaning for working memory to grasp onto.

But “misdirection” isn’t the best word for this technique. A better term would be focused attention. To “misdirect” is to draw attention away from something. But sleight of hand works best when concentration is so focused on innocent movements that it cannot pay attention to the dirty ones.

Psychics use the exact same process, but in this case, instead of calling it sleight of hand, we should call it …

Psychics often hide their moves by asking questions that for most people will generate “yes” answers.

Drawing from Ian Rowland’s excellent The Full Facts Book of Cold Reading, here are some of those questions. Follow along and think about how many of these questions would generate a yes from you.

Chances are that you probably answers yes to a significant number of these questions. All of them rely on accessing your long term temporal memory and often your spatial memory.

Whether you say yes or no, the psychic will quickly overload your short term working memory by saying “yes and” or “no but,” a tactic identified by the great magician and mentalist Kenton Knepper.

To illustrate how this works …

Psychic: Have you or someone in you family recently experienced an illness?

Psychic: Yes and they needed to take some medicine for that?

Psychic: No, but they did eventually get well on their own.

By stringing together a long series of questions linked by “yes and” plus “no but” statements, the psychic creates the illusion of always being right. In reality, the psychic is right about general aspects of life that almost certainly must be true.

They can heighten this effect by gauging the age of the client. For example, if the client is young, the psychic might not ask them about illness in the family. But the older the client is, the more likely they or a family member has experienced an illness.

By asking questions that cause the client to access the general past and then helping the client link their answers to “yes and”/”no but” statements, the psychic completely overloads and distorts the client’s working memory.

Magicians also create this distortion effect. I’ve seen it many times. For example, years later people will ask me to repeat magic tricks I once performed for them. But the trick they describe bears little resemblance to the trick I actually performed. Due to the powers of focused attention and the words I used during the trick, working memory becomes the enemy of reality and long term memory is tricked into remembering miracles better than even the best magicians are capable of creating.

Psychics do not have super powers.

Rather, they are masters of memory (just not in the way we would normally use that term). Psychics overwhelm working memory by distorting the present with leading questions and tricky language that creates paths toward their desired results.

They use our memory against us to exploit our desire for certainty in life and create false impressions that encourage us to take out our wallets again and again for more of the same.

How to Defeat Psychics At Their Own Game

The way to test a psychic is to use the very same tools against them and overwhelm their working memory.

For example, if a psychic gets a hit, you can answer with “yes and” or “no but.” Like this:

Psychic: Have you experienced an accident involving water, either in the recent past or when you were younger?

Client: No, but I did fall off my bike and scarred my knee in the center of the city with no water around. Didn’t you know that?

Psychic: Am I sensing it right that you or someone close to you had the number 1 or 3 in you address?

You: Yes, we both do, and I also have 4 and 6 in my postal code as does everyone in my neighborhood. Why don’t you know that?

By using the “yes and” and “no but” principle to your advantage, you will overload the psychics own working memory with tracking their own errors.
They will start to seem like a bad lawyer who can’t track any of the details going on in the courtroom and soon lose the case.

The Surprising Truth About Hypnosis And Memory Improvement