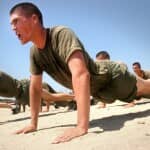 I have been in USA for almost 33 years , I try to learn to speak and

English since I came here, and year by year went by I could get what I

want , I think I have something wrong with my memory . When the word comes to me

1 or 2 minutes later , I have already forgotten the meaning. I only want

learn and retain English vocabulary. Can you help me with that? Thanks.

First of all, you should be congratulated on the very good English that you do have and all that you’ve done over the years to use it. I suspect that you’ve done better than just get by using the vocabulary you’ve developed.

Second, I’m not a doctor (well, I am, but not that kind of doctor), so we always want to rule out any kind of health issue. A good check up might be worth your time.

That said, I strongly doubt that there is anything wrong with your memory. Why?

Because I used to suffer the exact same problem.

I could swear that my brain was a spaghetti strainer.

And it wasn’t just words that would pour out seconds after I stuck them in my head. Entire facts would gush out.

It’s the same thing when meeting people. Bob sticks out his hand and says “I’m Bob.” Two seconds later, I’ve forgotten his name – even a name as simple as Bob.

Harry Lorayne puts it very elegantly. The problem isn’t that we have a bad memory.

The problem is that we haven’t correctly paid attention to the target material in the first place.

And that is at its core what the Magnetic Memory Method is all about. I used to blame everything I could to explain my “bad memory.” Genetics, lack of sleep, lack of time, the work being too hard … you name it, I used it as an excuse.

But one day I got tired of excuses and started to use mnemonics. I won’t get into how I discovered them here, but it really doesn’t matter.

When the memorizers are ready, the art of mnemonics will find them.

And it’s a beautiful thing, because the knowledge that you can memorize anything you want merely by using a simply learned system will never let you go until you finally start using them in a dedicated manner that will bring you the success you seek.

I’ve seen it happen hundreds of times before. Even those who would defy mnemonics unto their grave eventually crumble …

But the silly stuff aside, the Magnetic Memory Method is not just about memorizing words.

It’s about paying attention to them in an entirely new way, one that creates deeper familiarity and makes them not merely memorizable, but magnetic.

So although the Magnetic Memory Method is dressed up as a technique for using Memory Palaces and dividing words and arranging them alphabetically, what we are really doing is paying very close attention to the words we want to memorize by other means. We are using a strategy that will allow us to completely sidestep rote learning.

The first thing to do is read a book from the Magnetic Memory series. You can find them on Amazon. In your case, you would want to read the book on Memorizing English vocabulary.

Once you’ve studied the technique, which involves creating a Memory Palace for each letter of the alphabet and then working with the words by dividing them into component parts and associating those parts with “bridging figures,” you will use the free Magnetic Memory worksheets I’ve created to chart out your Memory Palace system and create journeys.

Some people tell me that this process is extremely elaborate and takes too much time.

I tell them that it is extremely elegant and is the best time they will ever spend if they truly want to improve their fluency efforts.

2-5 hours to sit down and chart out 26 locations that you are familiar with is less than 2 movies. It’s less than a soccer game. It’s less than a night out at the pub. It’s less than burning time on Facebook looking at pictures of cats who could care less about the inane captions people spend so much time appending to them.

And if 26 Memory Palaces are too many, then just start with 10, 5 or even just one. When I take coaching clients, I only work with them if they do all 26 in advance because speed of implementation is where the real results are seen, but I know that not everyone learns the same way, so it’s important to work at your own speed. It’s important that you take the Magnetic Memory principles and make them your own.

And if you really want to get good, it’s important that you read other books by other people who have written about mnemonics and other memorization techniques.

The next thing you need to do is think about which words you’re going to place in your Memory Palaces. I suggest that you start with the letter A and work alphabetically. Maybe that’s just because I’m a very systematic person, but I think it will work with anyone because we are trained by birth in Western culture to write left-to-write and read front to back. There’s something natural about it.

But you don’t have to work alphabetically. You can also work by theme.

If you seriously study the Magnetic Memory system and all of the newsletters I’ve produced in Volume One, Volume Two and Volume Three, all of answers of how to proceed will come to you.

But you’ve got to put in the time.

Magnetic Memorization is not a magic bullet.

It’s a skill, and something one should cherish and nurture for life.

That said, mnemonics are literally the closest thing to magic we have.

A final aspect: barring a medical issue, we all need to let go of the idea that there is something wrong with our memory.

The problem is nothing more than a lack of memory training.

Sometimes we need coaching to figure out how to do it right. Although I do all that I can to get people to work on their own, I am available for that. And I know the value of coaching because I’ve sought out coaching myself for many different things.

But at the end of the day, the coach cannot do the work for you.

So if you’re serious about memorizing vocabulary, I’ve given you the toolbox and filled it with literally dozens of tools. Noel Van Vliet has shared similar language learning resources here.

And I’ll continue to do so.

If this hasn’t answered your question, please feel free to phrase it a different way. If there are any other questions, by all means send them in. I’m happy to answer them.