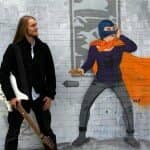 So I got together with Tom Geldschläger yesterday to get his perspective on memorizing music. I hadn’t seen him in awhile, except for about a week previous when he hit the stage with Requital as a guest guitarist.

He’s normally the man behind Fountainhead, a project that blows me away in terms of depth of composition, performance and Tom’s ability to invite you into an entire world that stays with you long after the music is over. And seeing him play with Requital was unbelievable in its own right.

He makes music so unique …

… that you can always remember the feeling it creates when you think about it, even of you can’t being any particular melody or theme to mind. Listen to Fountainhead here and get following the project on Facebook for updates as Tom keeps it growing. I like the piece called “I Do and I Will” a lot.

Anyhow, I had to leave the concert straight after it ended, so we didn’t have a chance to speak until we met up the other day in my favourite Vietnamese restaurant, charmingly called “Vietnamese Restaurant.”

I had soup, thirteen on the menu, just like I always do. Tom ate a bowl of something vegetarian, no tofu.

As we dined, Tom kindly listened to me prattle on about mnemonics. He found my ideas about and experiences with using Memory Palace concepts and bridging figures to quickly memorize a couple of bars and even a full page of music after examining it once very interesting, but as it turns out …

It’s just another way of doing what most professional musicians do anyway.

Literally forget about it while at the same time still having the ability to play it from memory.

For Tom, the process is pretty simple. He told me about a 12 minute piece he learned for the Requital concert in a very short period of time (not to mention all the other songs he had to learn and memorize). 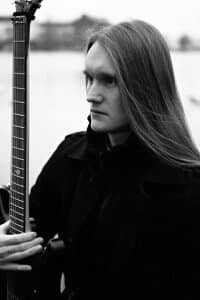 Trust me, it’s not a simple piece.
Nor is anything he does with his Fountainhead project, which moves from haunting to riveting and back again.

But for Tom, however, it becomes simple to memorize all these complex parts due to the way he thinks about it, almost like a journey with different stages.

For example, he first broke the piece down into three large sections, each of which has aggressive elements and what he called “beautiful parts.”

The music does indeed break down into profoundly beautiful passages at times. I would almost call these passages Sublime, in the 18th century Romantic poet meaning of the word, which is to say the experience of coming up against something so overwhelmingly magisterial that you not only feel very small, but you understand that you are but a tiny element in a vast universe of mystery for which the only answer is the experience of the Sublime itself.

Tom’s Fountainhead has this power too.

Anyhow, the first lesson here is that Tom breaks the music down into movements, and he told me that by doing so, this complex, 12 minute epic started to seem simpler than even your simplest three chord pop song. 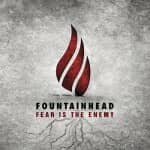 The rule of threes is indeed a powerful thing, and I could instantly see the power of taking three movements and placing them in a Memory Palace to assist the work of music memorization. This is especially true because of how Tom talks about the music as a kind of journey, a movement from aggressive parts to the place where the “beautiful parts” begin to happen.

From then on, these three parts are even easier to break down into individual riffs and literally “embed” into the larger “region” of the three big areas of movement that characterize the song.

In Tom’s own words:

“I keep breaking down the music from the “macro” (overall structure of 3 big movements) to the “micro” (individual riffs and notes) until I know the structure of the piece by heart and can run through it in my mind, with little “signposts” along the way, like “here we change keys”, or “here riff A2 repeats, but with a changed drumbeat.” Only then at the last stage I actually play and rehearse the piece so my fingers will follow my (for lack of better words) “mind-map” of the song and not the other way around.”

As you can see, it was a lovely conversation, and from there we moved into a discussion about improvisation and how it relates to memory and forgetting. In fact, the only thing you’ve really got to remember is to turn whatever seems or feels like a “stumble” into what appears like part of a walk through the music that you planned all along.

Assuming you know music, that is.

And on a book about that, dear Memorizers, I’m still working. I’ll probably write it just for memorizing music on the bass (I never write about memory work I don’t myself do, after all), but maybe I’ll find a guitarist and a pianist and a trombonists and even a sitar Ustad who will help me adapt the core ideas to their instrument.

It all happens one Magnetic page at a time.

Until it becomes a movement.

And then another until it becomes a Magnetic symphony of memory and the whole world plays along.