3 Simple Exercises That Make Your Life Worth Remembering 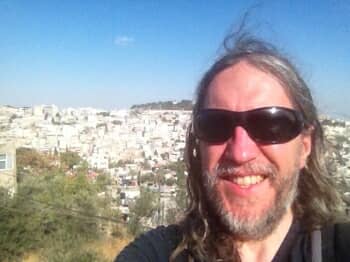 It sucks to think about death, doesn’t it? You’re busy enjoying life, after all.

Admit it. It’s not always fun and games. Sometimes life really gets you down.

That’s where thinking about death can be strangely uplifting.

In fact, there are powerfully positive and empowering things that can happen when you put time into the notion that one day, you’re not going to be here anymore.

For example, by putting your affairs into order, you can live better now because you’re free from worrying about what will happen after you die. Not enough people put time into this, leaving chaos after their demise that tears families apart. And that can make the memory of your life a bitter pill to swallow for years to come.

But that’s not the direction I want to take us in. Rather, these three simple activities will make your life more memorable starting now. All you have to do is give them a try and you’ll be amazed by how they help.

Sounds grim, I know. But once you get into it, seeing and hearing your friends, family and colleagues acknowledge your passing creates perspective and insight that can improve your happiness.

This brain game is best played with pen and paper. Make a list of two friends, two family members and two colleagues (or fellow students if you’re still in school).

Next, write down in their voices one positive memory each person will share about you at your funeral. It could be a story or just a description of an attribute.

Focus on the positive. Don’t invite haters to your funeral. Really feel the positive sentiments and enjoy the warmth they create.

I read this weird little exercise in Richard Wiseman’s 59 Seconds. It’s highly recommended if you’d like some of the scientific background behind this positivity technique.

You probably already know The Road Not Taken by Robert Frost:

TWO roads diverged in a yellow wood,
And sorry I could not travel both
And be one traveler, long I stood
And looked down one as far as I could
To where it bent in the undergrowth;

Then took the other, as just as fair,
And having perhaps the better claim,
Because it was grassy and wanted wear;
Though as for that the passing there
Had worn them really about the same,

And both that morning equally lay
In leaves no step had trodden black.
Oh, I kept the first for another day!
Yet knowing how way leads on to way,
I doubted if I should ever come back.

I shall be telling this with a sigh
Somewhere ages and ages hence:
Two roads diverged in a wood, and I—
I took the one less traveled by,
And that has made all the difference.

And the sooner the better. As we age, many of us grow more conservative. Not because getting old switches on some kind of political gene. It’s because the more assets we gather, the more protective we become of them.

And the biological need to protect the status quo can be irrationally strong. So strong that people have refused to flee volcanic danger zones driven by conservative inertia (this problem relates to social inertia, which is well worth learning about).

The Road Not Taken principle relates to something called The Monty Hall Problem. It refers to situations of choice in which it is counterintuitively beneficial to change your mind.

Merely by asking people if they’d like to change their mind and even offering them handsome sums of money if they do, I create the illusion of complete and utter free will because I know that the vast majority will stick with their original decision.

When The Sane Choices In Life Are Actually Insane …

I’ve seen The Monty Hall principle play out in my personal life too. During a difficult time when I couldn’t find a university teaching gig, I applied to get high school teaching certification and did the necessary voluntary teaching in schools to qualify.

As a former university professor, this is not what I wanted to do in life, but I felt driven to teach. And it was taking action, which was far better than sitting around and biting my fingernails.

Then, out of the blue came the invitation to rejoin The Outside, record an album and go on tour. At that point in my career, doing something like that was insane. Nearly every person I talked with about the option agreed, and yet I knew the Monty Hall Problem and let it guide me.

And the reality is that the traditional path was truly the insane one. Plus …

The Sane Choice Would Have Been
Totally, 100% Forgettable!

Had I gone the traditional route, I would have taken on student debt and locked myself for years in classrooms with students unprepared for the kinds of thoughts I think. It would have been bad for everyone, and that’s not to mention all the teacher’s strikes and worries about a pension I’d go through.

But conservative forces in society were so strong that I almost went for the traditional career. Because I changed my mind, however, I’ve wound up still getting to teach, but in multiples I never would have imagined possible. I’ve been around the world and have over a million free downloads, a dozen bestselling books and tens of thousands of people studying and using the Magnetic Memory Method every single day.

I don’t say that to brag. It’s just the consequence of making a counterintuitive choice that was mathematically bound to create a better outcome. And I’m facing another in the near future that involves living in yet another country. This time I may decide for the conservative choice, but … Probably not.

3: This Simple Exercise Will Stop Your
Life From Being Boring

One way to instantly make your life more memorable is to document it. You can use writing, podcasting, video or various combinations of media. The point is to get it down. Even if it’s boring.

And quite frankly, it might just be boring at the start. If you’ve never done it before, talking about yourself might seem excruciating.

But the reality is that by going through the exercise on a consistent basis, you’ll develop a talent for spotting the memorable. And there are many things happening every day worth your attention.

For example, two days ago April and I heard a cellist playing Bach in an art gallery. The next day I noticed a store I’d never seen before. Just a few hours ago I observed a heavily tattooed man, including much of his face, playing with his kid in the park.

I wrote all of these things down. And the act of writing the observations down spawns more observation which in turn creates more things to write about.

All wealth comes from writing, so please be sure to take up this practice. Along with envisioning your funeral and taking the roads not taken, observing and writing will help you live a more memorable life.

The best part is that you can also journal with your friends. Jonathan Levi and I have done that recently in Israel just to talk about our memory improvement projects and memorize together in real time:

But whether you journal on paper or video, with other people or alone, put all of the exercises you’ve just learned together and you truly will have an amazing life.