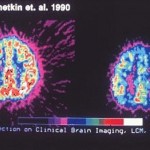 Harry Lorayne has said a few times that people don’t really care about the science and speculation behind how and why memorization techniques work.

In general, I think this is true.

We want to know how to use them so that we can get results.

Nonetheless, I believe that knowing why memorization techniques work can lead us to finding ways of refining them.

The following is in response to a claim I made last week about how using locations in all memorization attempts reduces the basic human anxiety about losing things:

I cannot deny that placing words at special alphabetized loci does decrease anxiety some, especially for those who have had a history of being anxious while they were trying memorize. (Not me). But it seems the real power in your method is that you have set up a really organized retrieval strategy at the front end. One immediately knows where to go looking for the data. I have a number of journeys that I created before learning about your alphabetical loci method. and though they work quite well, occasionally I cannot for a moment recall what journey certain data were placed on, so I have to tediously check several of the loci in my mind to see where I left these items ( usually not foreign words).

Since I read about your method I have switched to an alphabetical classification of loci and always recall now exactly where I left the data. And I think this alphabetical method is the method I will use from now on. I had done something analogous to the alphabetizing method with major pegwords, with certain numbers say from 900 to 1000 being one subject and 800-899 being another subject. I actually used loci to help me remember a few of the pegwords that were hard to recall or decode rather. But now I also see that the loci method is superior to the pegword method for memorizing lists or anything really. But the pegwords are nice to have when memorizing numbers. The ability to instantly turn a three digit number into a memorable word has proven really useful. But there is clearly something about the loci method that using pegwords to associate new material to does not deliver.

I think that there is some special area of the brain we are tapping with loci as compared to peg system. At first I thought that the loci system might have the undesired effect of leading one to not have the item to be memorized to interacting with the locus or station. Later I realized loci worked whether there was dynamic interaction or not, though the same cannot be said of the peg method. Although I do think having the item interact with the locus is not required, other than the visual interaction of “seeing” the object at the locus, I still think that further dynamic interaction of the object to be memorized with the locus does provide an extra “memory insurance.” But it as if more brain areas are being tapped for loci versus peg system. Maybe the visual cortex association areas are connected to better, than is the case with the peg system. Maybe too your “in the void” term means that though visual associations have occurred, they are not mapped specifically enough between the hippocampus and the visual cortex. Whereas the alphabet loci system may create a more specific path between the hippocampus and a specific area in the visual cortex, thus making retrieval easier. It’s as if one has left breadcrumbs to mark the trail.

But there have been studies showing the so-called “baker-Baker ” paradox where if one thinks of the surname Baker there is a limited  area of the brain that lights up, but if one visualizes a baker other right brain and visual cortex associations light up.  The fMRI is basically just measuring blood flow in areas of the brain.  These studies have also been done with folks using visual mnemonics versus folks using rote and a different part of the brain lights up with the mnemonic group.  See also the work of Allen synder the Australian who had mimicked savant behavior with transcranial DC current stimulation with the negative lead over the left frontal cortex.  Suggested that savants may be using more of their right brain areas than most people.  If one thinks about it a lot of the visualization is right brained.  U cAn Google it.

Breadcrumbs is a very good metaphor for how location helps us find our way back to the target material.

But it’s more than breadcrumbs.

When well-created, you won’t need to enter every Memory Palace at the door and make your way word for word to the one you’re looking for.

You’ll be drawn to the location quickly and magnetically.

It’s hard to describe until you’ve tried it, but placing your words along a journey makes that happen, especially when you use the journey to “rehearse” the words you’ve placed along the way.

So the breadcrumb metaphor is good for thinking about moving from word to word and using each and every station to help trigger the next. This works especially well if you’re using the principles of word division and bridging figures.

For a quick example, take a bit of Russian that I’ve been working on recently, namely words that begin with П followed by oc.

By creating a Memory Palace journey that focuses just on words that start with Пос, I give myself an extra mnemonic device. I will never struggle to remember how exactly a certain word starts, because I know several things:

Here’s where “bridging images” come into play. For example, Пос reminds me of a posse. This allows me to associate each and every word that starts with Пос with a posse of gangsters. By doing so, I essentially create yet another aid to memorization.

Thus, focusing on Пос words maximizes the memorization while limiting the potential for confusion. Were I to clump random words together, I would need to remember which word came next blindly, or at least without some form of arbitrary connective tissue. However, when I know that there are a number of Пос words and place them in order, doing so aids and strengthens the associations. It also assists recall later and teaches me a great deal about the way the language works.

Let’s see these principles play out in action.

The first Пос word I would like to learn is посерëдке. This word means either “in the middle” or “halfway along.”

To remember that посерëдке means “in the middle,” I place a posse of gangsters in Paul’s bedroom. I have the posse in the middle of the room cutting an asteroid in half. The “asteroid” helps trigger the sound of the second half of the word while also giving me a clue as to its meaning.

Moving on, I want to learn посéрть. Following my carefully prepared and predetermined journey through this Memory Palace, I will place посéрть in the upstairs bathroom of Paul’s house. This word is used to describe the process of something becoming or growing a dark grey color. I see a posse of gangster clowns in Paul’s shower. They are washing away all their beautiful rainbow colors, revealing their dark grey skin underneath. As always, the image is large, exaggerated and vibrant – even the grey is exaggerated.

For our next example, посидéть means to sit for a little while. On the staircase in Paul’s house I see a posse of gangsters sitting down. To make the image more memorable, I see each of the gangsters holding a hatchet in a threatening manner.

And so on and so on.

I admit that this level of organization might be too much for some people. However, I’ve not worked out the Magnetic Memory method just for memorizing travel phrases. It’s a method dedicated to absorbing massive amounts of a language using a deliberate strategy.

If going through these procedures lights up the right side of the brain, far out man. That’s cool.

But despite my own personal fascination with science and data, I guess I have to side with Harry Lorayne at the end of the day and …